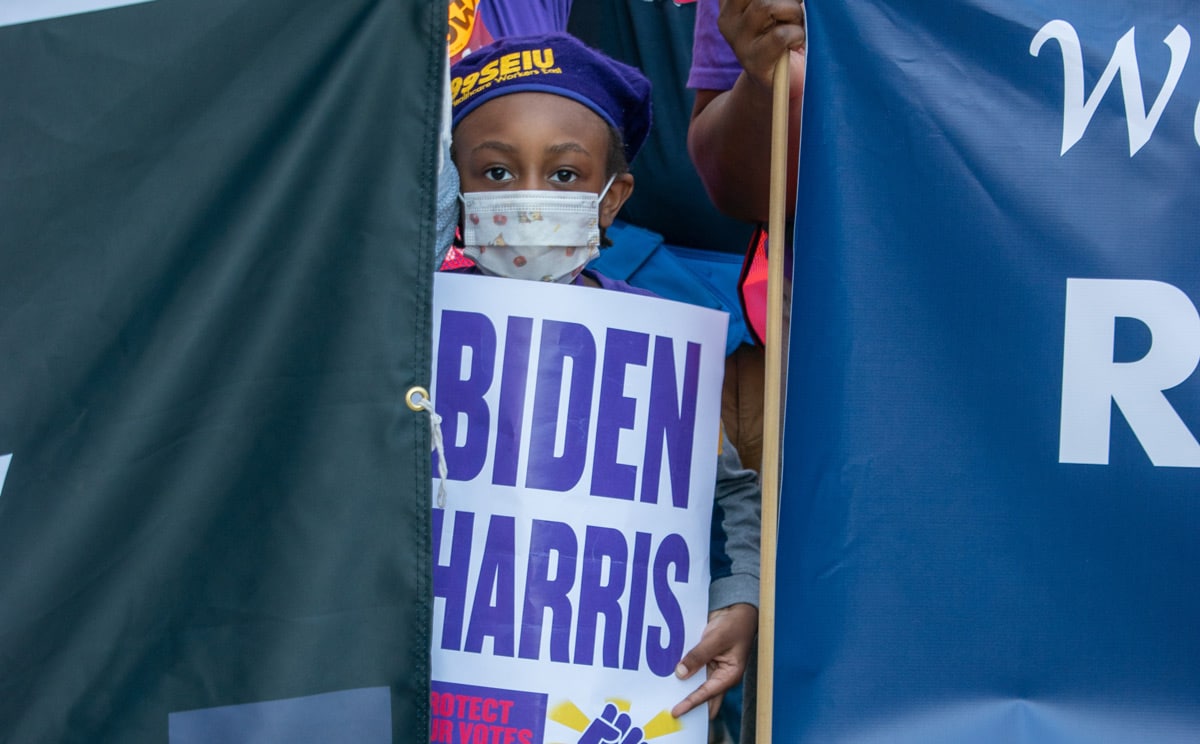 The many challenges that president-elect Joe Biden faces

Despite Trump’s relentless efforts to undermine the election results and stage an illegal coup, it seems that president-elect Joe Biden will, as his clear victory warrants, assume office come January and become America’s 46th president. But Biden’s real ordeal will only begin once he enters the White House, as he will inherit a country split along political lines and a highly divided Democratic Party.

Against this backdrop of a nation in turmoil, Biden will not be able to play the Trump card anymore come January. He will have to prove to voters that he is more than just a palliative to the catastrophe the nation has endured over the past four years, and that he can deliver real changes based on a clear political vision—something he currently lacks.

Although Biden has won the election by over five million votes, Democrats have overall fared rather poorly on 3 November: they saw their majority in Congress shrinking and lost most of the Senate seats they were hoping to flip. But instead of waiting for all of the election data to become available and engage in a sensible retrospection about what went wrong, centrist Democrats immediately attacked the party’s progressive representatives, claiming that it was their calls to defund the police, ban fracking, and adopt a Green New Deal that had lost them those seats. In doing so, centrists have all but ignored the extensive grassroots campaigns launched by progressive candidates in urban centres in swing states like Georgia, Michigan, Pennsylvania, and Wisconsin, which proved to be crucial in securing Biden’s victory.

Biden, on his part, has seemed more eager to reach out to colleagues across the aisle than to engage in genuine, productive conversations with his own party’s left wing. In order to sustain the full support he had won in order to defeat his predecessor, Biden must make a real effort to give progressives and the more left-leaning members of his party a seat at the table in his new administration, recognising that they represent a great swath of young Americans and acknowledging that they constitute the true source of excitement behind the party. This would mean, among other actions, taking bolder steps against the fossil fuel lobby (which he is presently tied to) and expanding his parsimonious healthcare solutions (Biden’s current plan will do little to ensure quality, truly affordable health coverage to all Americans).

On the national stage, Biden’s challenges are just as sizable. The hordes of MAGA demonstrators flooding cities across the nation in support of the president and his bogus claims of election fraud signal that Trumpism is here to stay, at least for now. After all, Trump did win more than 73.5 million votes (second only to Biden in the most votes cast for a president in US history). And so, facing a visceral resistance from conservatives and the Republican-controlled Senate, Biden’s instinct to appear palatable in the eyes of as many Americans as possible and his effort to undermine attempts at portraying him as an extremist are understandable. But while this tactic was sufficient to get him just over the finish line in the race to unseat a dictator-in-the-making, it will most certainly not be enough to make him a successful president.

As he strives to mend the nation’s divisions, Biden will have to take courageous steps on major issues that matter a great deal to huge portions of the population—in areas like the environment, healthcare, and immigration, to name a few—without fear of alienating conservatives and centrists. Giving people real access to healthcare, ensuring their communities are clean and safe from state-sanctioned violence, and including them fully in the transition to a more sustainable economy could prove far more efficient in getting an increasing number of Americans on board with Biden’s agenda. Advancing bold, humane policies with confidence and gusto will surely, in the long run, leave a much more favourable impression on people than buttering the public up with paltry, half-baked resolutions that produce little change.

Biden’s ascent to the presidency was made possible, arguably, by the absurdist horror show staged by his predecessor. For many Americans, their vote in the 2020 election wasn’t so much for Biden as much as it was anti-Trump. Biden’s mandate, therefore, is narrow and conditional to his performance.

And let’s not forget that Democrats’ failure to address the core issues of socio-economic, racial, and environmental crises, as well as their obstinate flirting with corporate powers seeking to preserve a crumbling status quo played a huge part in getting us to our current state of emergency. In order to seize on the opportunity given to him to heal the nation and set it on a more positive path, Biden must slough his good-ol’-Joe persona, drop his ‘return-to-normal’ act, and effect genuine change through brave policy. Ultimately, it boils down to where his loyalty lies—with big money interests or the people who made him president. 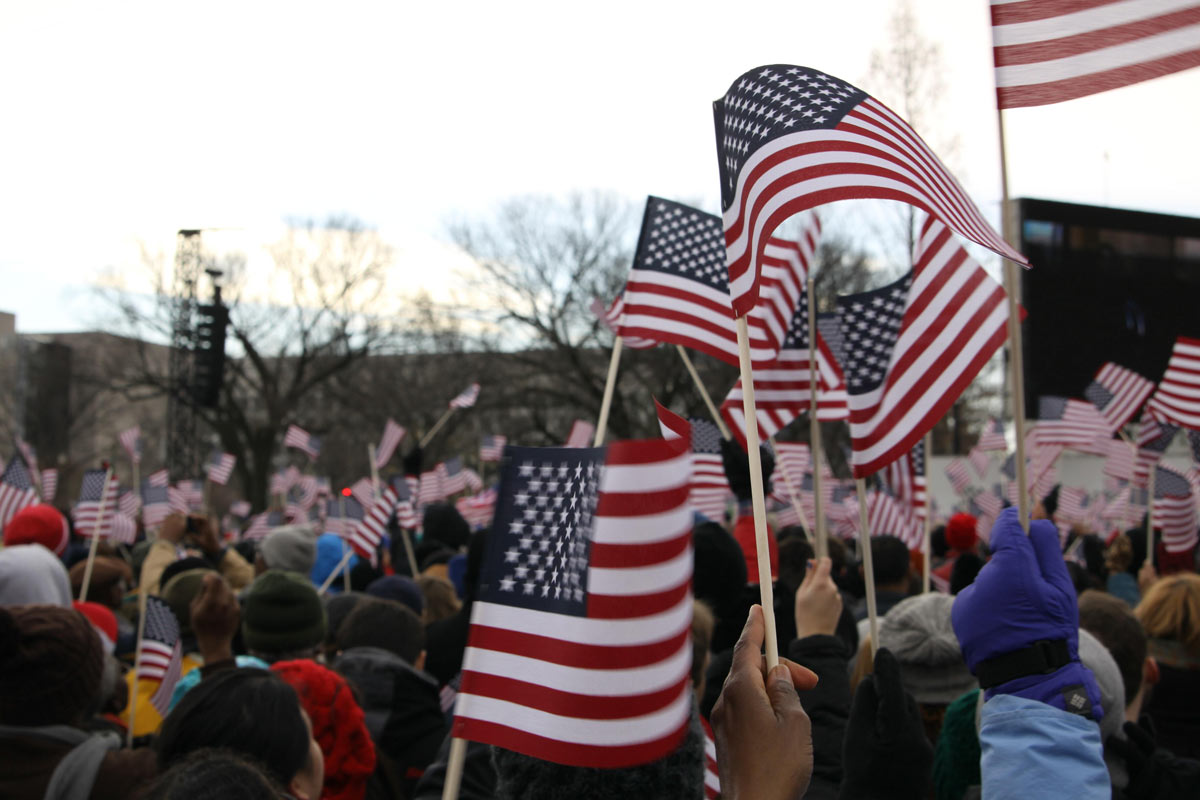 Trump versus Biden: what exactly are they promising US citizens?

President Donald Trump and former Vice President Joe Biden are in their final moments before the US electoral race comes to a halt. More than 90 million people have cast their ballots in early voting, which put the country on course for its highest voting turnout in the last century. The tension is almost unbearable with everything else that is going on in the world today, and this particular election gives off the notion that it will affect more nations than the one it is taking place in, putting even those that cannot vote on edge.

To help you keep perspective on the matter, we listed the five main opposing promises that the two candidates have stated, so that whatever happens, at least you’ll have a substantial (even if illusory) way of direction. Here are the promises:

If Trump wins the election

If Trump gets elected to run in a second term agenda, he first and foremost seems to be promising a healthier economy with a focus on jobs and taxes. Trump has also taken credit for the booming economy that the US was enjoying before the COVID-19 pandemic, and has vowed to rebuild it as well as to create 10 million new jobs in 10 months and one million new small businesses. Tax cuts are a big part of this promise, which he had already started to introduce in his first term. These tax cuts and credits would supposedly entice companies to keep jobs in the US rather than overseas.

After drinking bleach as a remedy against COVID-19 was thankfully put aside, finding an effective vaccine for COVID-19 within the coming months has proven worthy of Trump’s attention, enough for the Trump administration to launch ‘Operation Warp Speed’, which goal is to encourage the development and distribution of a successful vaccine. Trump has promised to deliver this success by the end of 2020.

Law and order (we wish we were talking about the sitcom)

After months of protests against police brutality and racism, Trump has promised to defend America’s police forces instead of its citizens. His campaign promises to protect police funding as well as hire more officers, increase the level of punishments for attacks made on police and take action against political protest movements.

More than this, the law and order incentive also includes tougher action to be taken against illegal immigration, which will include stronger requirements for legal immigrants in turn. On the other hand, Biden promises to reverse the separation of parents from their children and rescind limits on the number of applicants for asylum as well as end the bans on travel from several majority-Muslim countries.

Like Biden, Trump is trying to lure US citizens into giving their vote by promising them a better tax plan, which would be to retain the 37 per cent income tax rate on higher earners, and lower the 22 per cent rate for middle earners down to 15 per cent. However, this has not all been formalised by his campaign yet.

If Biden wins the election

Having spent almost five decades in politics, Biden is using his experience to portray himself as a steady and able hand to calm a country in chaos. He is appealing to reluctant voters who are nostalgic about the Obama era. Obama has recently joined forces with Biden on his campaign train in Michigan. For Biden, health care has been made clear as one of his top priorities due to his family history. His plan is to expand the Affordable Care Act (Obamacare) and insure that around 97 per cent of Americans have access to public health insurance.

Biden has some ambitious, yet necessary plans to combat climate change, which include overhauling the country’s energy industry to achieve 100 per cent emission free power by 2035. A pledge of a $2 trillion dollar investment will go towards the clean-energy infrastructure if Biden wins the election, along with a promise to build 1.5 million energy efficient homes and social housing units. In his second presidential debate with Trump, he has promised to transition from the oil industry and wants to decrease fracking, which is a method of extracting natural gas from the ground.

Biden wants to restore America’s reputation and relationships with the rest of the world and allies, particularly with the NATO alliance, which is an intergovernmental military alliance between 30 North American and European countries. He also looks to repair ties with the World Health Organisation (WHO) and wants to rejoin the Paris Climate Agreement. He further said he will  hold China accountable for unfair trade practices, but has suggested that it would be best to tackle this as an international effort rather than through trade wars.

Biden promises to raise taxes on the wealthiest US citizens, which he defines as those with an income of more than $400,000 per year. He wants to impose a marginal tax rate increase so that the more an employee earns over that certain threshold, the more tax they must pay. Most of those who will be affected by this promise are those in the top 1 to 2 per cent earners in the US.

Biden also wants capital gains and dividends to be taxed at income rates. A notable endorsement has been towards his promise in forgiving student loan debt, expansion of tuition free colleges and universal preschool access, which would be paid using money gained from withdrawing from the Trump-era tax cuts.