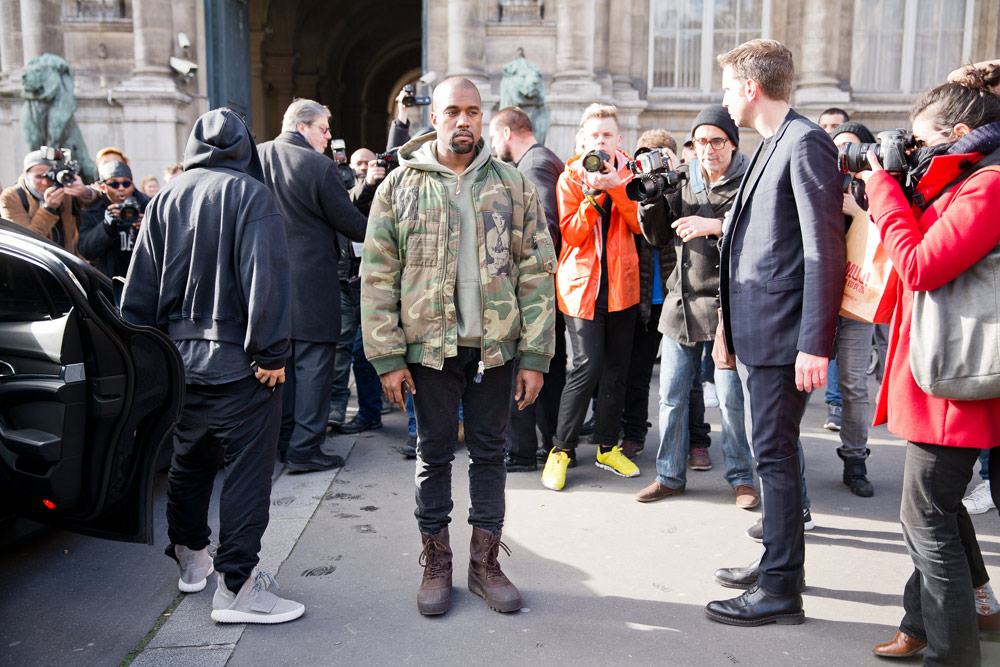 After recently announcing that he will be running for president in the 2020 US election, rapper Kanye West officially launched his presidential campaign. West set up an unusual rally in Charleston, South Carolina, wearing a bulletproof vest and a bold 2020 styled into the back of his head. His mental stability seemed downright wobbly as he broke down into squeals about abortion, Harriet Tubman and dished out some ridiculous new policy propositions.

What did Kanye West say at his campaign launch?

First of all, West boasted that his “brain was too big for his skull,” which sounds uncomfortable, to say the least. There were no microphones at the rally, which forced him to repeatedly tell the crowd to be quiet, but we heard him loud and clear—and almost wished we hadn’t.

What did Kanye West say about abortion?

West started to cry as he opened up about abortion, admitting to his uncertainty in having his own first child with his wife. “I almost killed my daughter… even if my wife [Kim Kardashian West] were to divorce me after this speech, she brought North into the world, even when I didn’t want to,” West told the crowd. He also added that his own parents almost aborted him too: “There would have been no Kanye West, because my dad was too busy.”

However, following up on this, West said that abortion should remain legal, but that every new mother should be given more financial support, and suggested that “everybody that has a baby gets a million dollars.”

What did Kanye West say about Harriet Tubman?

West went on to then criticise the great 19th century abolitionist Harriet Tubman by saying “Harriet Tubman never actually freed the slaves, she just had the slaves go work for other white people,” which has caused an uproar between fellow rappers such as Q Tip and 50 Cent who posted an Instagram clip of West’s speech with the caption “What the f*** did he just say? This is all Jay Z’s fault. Kanye’s first rally. LOL.”

Born into slavery, Harriet Tubman risked her life by escaping and went on to rescue approximately 70 people using a network of antislavery activists and safehouses known as the Underground Railroad. Author of The Hate You Give, Angie Thomas tweeted “If y’all don’t stop disturbing Harriet Tubman’s spirit with this foolishness…”

The rally was met with anger and controversy but also concern for West’s welfare. Professor Jason Nichols told the BBC that he feared West’s rambling pointed towards a “manic episode.” Nichols also admitted that West had been battling with mental illness in the past, and that the rapper was inconsistent in taking his medication.

Fellow rapper JPEGMAFIA also tweeted “I just hope Kanye is ok. I don’t really know what else to say here.” Songwriter and producer Finneas O’Connell, Billie Eilish’s brother, said: “Let’s completely disregard politics. Kanye is going through an episode and needs love and care from his friends and family.”

Many complained about West receiving ‘special treatment’ compared to what someone else saying the same things he did would face—anyone else would get cancelled in a second.

Does Kanye West still stand a chance of being the next US president?

Having missed multiple deadlines to qualify for the ballot in several states, West still needs to get enough signatures in many others. Last week, he appeared to have met the requirements in Oklahoma. We have until (18:00 BST) today to find out if he has collected the 10,000 signatures from South Carolina.

Is this campaign launch just another PR stunt for Kanye West?

Previously, fans and media outlets questioned whether West’s last-minute bid for the White House was just another one of the rapper’s promotional stunts. The Charleston rally did little to clarify West’s position in the 2020 US presidential election, but a tweet sent from West’s account on Saturday concerning the song list for a new album added to the speculation. The tweet was shortly deleted. 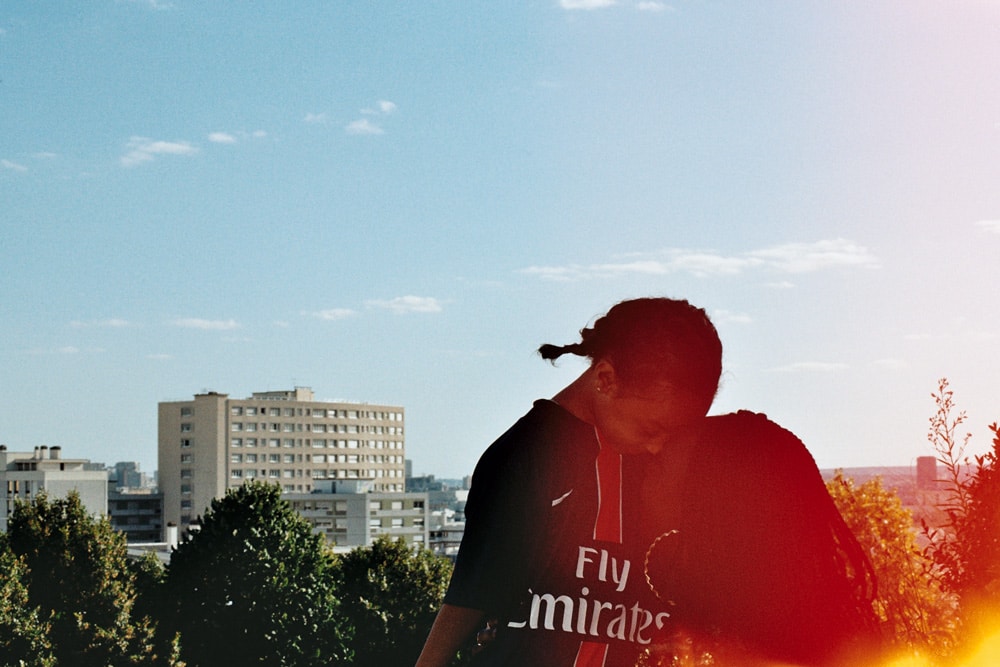 Kanye West versus Akon: How should musicians correctly use their power and influence to progress black history?

A few days ago, New York producer Salaam Remi released the music video for his song ‘One Time’ featuring Akon. While the location for the music video has not yet been confirmed, all signs are pointing to Africa, possibly Senegal, as Akon gave hints away with his bold ‘Do It For The Culture’ hoodie.

In the spirit of giving back to the community, on 13 January, Akon tweeted the news, “Just finalized the agreement for AKON CITY in Senegal. Looking forward to hosting you there in the future.” And just last week, reports stated that the 3D layout for this futuristic city was soon to be revealed.

This announcement forced me to look more closely at celebrity influence, and more specifically at Akon’s ‘side work’ and how many lives he has succoured. Initially singing about girls smacking it on the dance floor and being lonely—Akon is now running his own energy company, which started in 2014 and manages to provide 600 million Africans with electricity. Looking at Akon’s accomplishments, it made sense to then compare them to the ones of the self-titled messiah, Kanye West.

Staying true to his Gemini roots, Kanye West is provocative by nature, and is prone to sparking controversies. Remember in 2005 when he said deadpan on-air that “George Bush, doesn’t care about black people”? What about two years ago, when he proceeded to explain his thought process behind the statement, “400 years of slavery was a choice”? With these proclamations in mind, it should come as no shock that the black community reacted with scepticism when West broadcasted taking the ‘gospel route’ to his new music.

When the news broke out, the heavy and constant media coverage of West and his new dedication to Christianity was baffling in more ways than one. An array of questions sprouted to mind, and many wondered what good it would bring to the black community. On the one hand, West has created an album that showcases only black gospel singers, which should be appreciated. But West’s motives behind this cult-like behaviour and why we as the media continue to entertain it are two things that remain unclear. What is clear, however, is how Kanye West’s Sunday Service is eclipsing Akon’s attempt to transcend Africa’s future.

So, let the comparisons begin. Both Akon and West are in their 40s and released their debut hit singles in 2004. One is said to have brought Lady Gaga to the scene, and the other helped elevate beloved Rihanna. According to Business Insider, Kanye West is estimated to be worth $150 million, making him the highest-paid hip-hop artist. Akon’s funds are not fully known to the public but he is said to be valued at $100 million. Now the real question is, how have both artists used their profits to enable or elevate black culture?

West’s influence on the fashion industry has undoubtedly changed our perceptions of streetwear and shapewear. The brand Yeezy initially started as a collaboration, but soon turned into a for-profit endeavour. Despite not publicising his giving nature, it was reported last year that West donated $1 million to four criminal justice charities on behalf of his wife, Kim Kardashian. He has aided in elevating black creatives such as Virgil Abloh and Teyana Taylor and his introduction of Sunday Service continues to shine a light on black musicians, regardless of faith.

On the other hand, the Aries within Akon has always demonstrated leadership throughout his music career. Since founding his two record labels Konvict Muzik and KonLive Distribution in 2004, Akon has helped raise artists such as T-Pain, WizKid and P-Square. Using those profits, the project Akon Lighting Africa was born to provide a smart solar and small energy system for all. Since launching in 2014, Akon’s project has operated in 14 nations, including Guinea, Sierra Leone, Niger, Mali, Benin and Senegal.

In some form, both artists have used their power and influence to progress black history. In spite of West’s constant coverage with underlying cultural interest, he has given black gospel singers a chance to be heard, alongside a generous pay. Similarly, while Akon’s own music career has toned down, his investment in specific artists has helped them flourish, while his focus shifted to his motherland. Needless to say, both have paved a way for black empowerment and proved that sharing is caring.