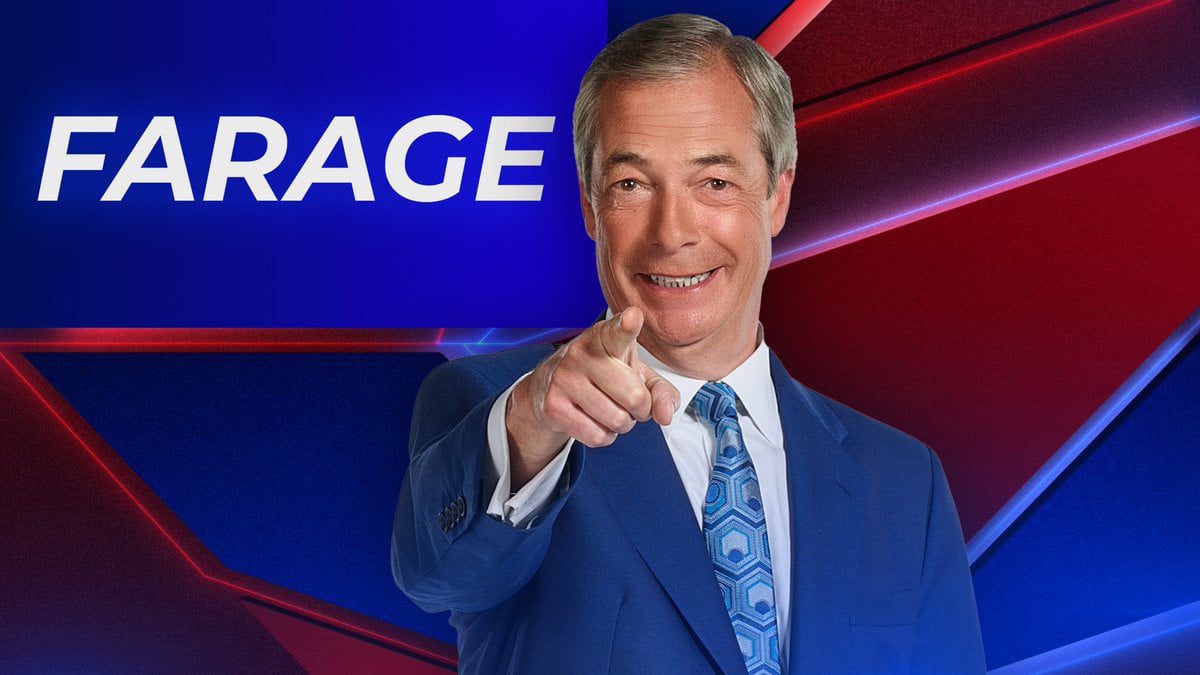 GB News is a disaster. There’s no two ways about it. Even Nigel Farage—their last-ditch desperate attempt to tempt viewers and assuage plummeting ratings—is struggling.

Andrew Neil, one of the driving forces behind the channel, left the organisation last week in a very public spat. He only presented a handful of shows before going on an extended break—during which he managed, eventually, to get out of his multimillion-pound contract. In an interview with the Daily Mail, he described his time there as “the worst eight months in my career.” Somewhat melodramatically, he claimed his experience was worse than being on an IRA hit list.

I have zero sympathy for Neil. It was clear from the outset what sort of operation GB News would be. They used his reputation and connections to give the project a veneer of respect. It was never about free speech or shifting the conversation, really—but a soulless attempt to stoke and profit from culture wars and conservative online discourse.

GB News is a failure in any measurable capacity. They count it as a win when they out-perform BBC News or Sky News, but focus entirely on the rolling news channels, which I’ve never known anyone to actively watch, merely tolerate. Their viewing figures pale in comparison to any major terrestrial news programming. Famously, a few months back, the Welsh language version of Paw Patrol—Patrôl Pawennau—was outperforming them in the ratings.

Put simply, the channel launched before it was ready. The poor production quality and litany of technical issues were widely mocked online. They had next to no rehearsals. “The CEO wanted to get on air, even if it was ramshackle, and then improve things,” claimed Neil when speaking to the Daily Mail. Quality hasn’t noticeably improved since, though, with regular factual inaccuracies and spelling errors of their own presenters’ names.

They managed to alienate significant chunks of their own viewer base when one of their presenters took the knee to protest racist abuse suffered by footballers after the Euro 2020 final; Guto Harri was suspended for his actions, then proceeded to quit. The hypocrisy of a channel founded on free speech was evident from the outset—‘free speech’ was, yet again, being used as an excuse for outdated or bigoted opinions. Left-wing commentators routinely decline invitations to join debates—because no meaningful debate ever happens, it’s just a machine to generate outrage.

Perhaps they aimed too high. 24-hour political commentary and coverage is a lot to manage,  especially without third party content to fill the schedule. They didn’t want to provide breaking news coverage—due to the costs and logistics that would entail—but without any, the commentary often feels dry or slow. At a time when media consumption is becoming increasingly bite-sized, it seems like a strange decision to introduce a new news channel. Much of their most successful content are often short, viral clips that circulate online.

And, now, after previously abandoning such plans, it seems like the malevolent nonagenarian Rupert Murdoch is set to swoop in and set up a rival channel. He brings with him everything that GB News lacks: adequate funding and a modicum of experience. talkTV will launch early next year, with Piers Morgan presenting the flagship slot. Rumour has it that many at GB News are hoping for cushy new jobs at talkTV. News UK promises “proper hourly news bulletins, sports and entertainment shows […] current affairs, debate, opinion and documentaries.” A wider array of content might prove more popular and more successful.

Despite its questionable success, GB News doesn’t seem to be going anywhere anytime soon. It has found a rather small core group of supporters who staunchly defend the programming, believing it to be more trustworthy than its competition despite, objectively, being a right-wing echo chamber edging further and further to the right. It will, it seems, continue to churn out mediocre political analysis for the foreseeable future. It appears doubtful that it will have the impact the channel’s founders had hoped—if anything, they’ve managed to prove how vital our other news operations are. 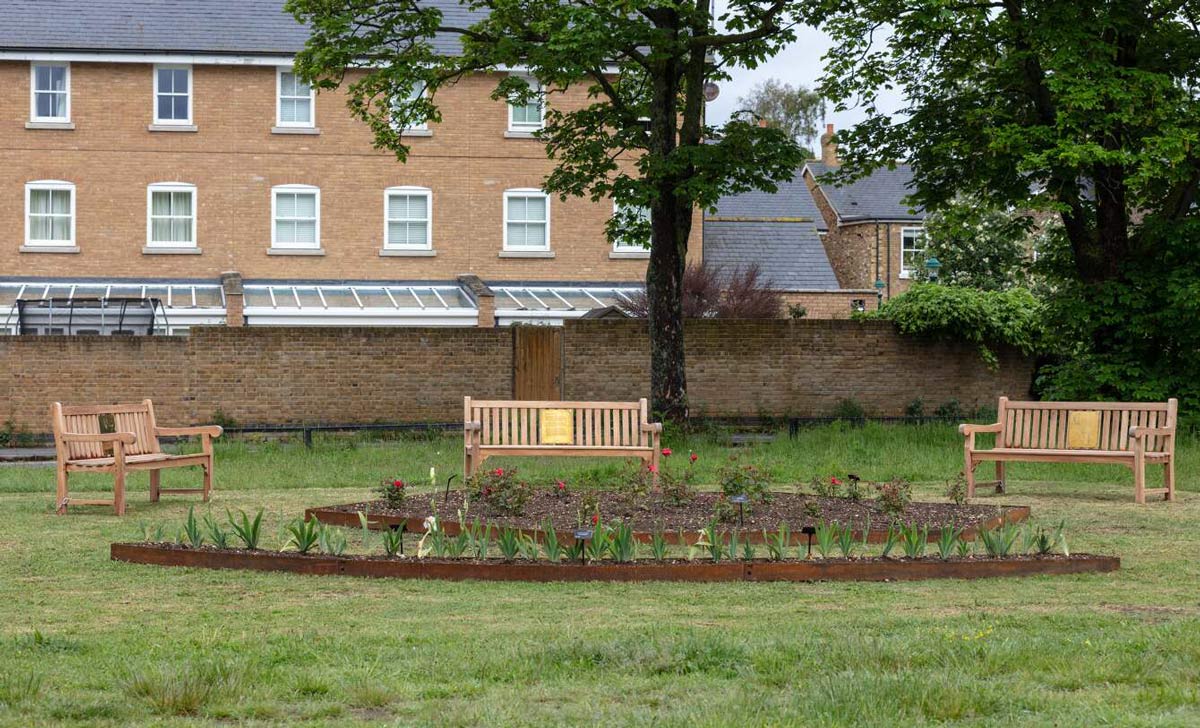 It’s hardly news to say that the Conservative party is becoming increasingly authoritarian and despotic, from the recent Police, Crime, Sentencing and Courts Bill, which drastically restricts the legal right to protests, to recent proposals to reform the Official Secrets Act, which would mean journalists might face 14-year jail sentences for ‘embarrassing’ the government.

Now, the Tory party has rarely had a flourishing relationship with the arts: always deemed too left wing, too liberal. But several recent examples are—and this word has been used a lot of late, usually erroneously—practically Orwellian.

Accusations of censorship are thrown around far too readily nowadays, yet a recent example in  Essex is a stark reminder of the realities of creative censorship. ‘An English Garden’, a work by Gabriella Hirst, was on display in Shoeburyness as part of the Estuary 2021 arts festival. “The project is centred on the propagation and redistribution of a nearly-extinct species of garden rose which was created and registered under the name Rosa floribunda ‘Atom Bomb’ in 1953.”

“An English Garden speculates upon possible links between the British Imperial programme of  ‘gardening the world’, the enduring impact of nuclear colonialism, and the political symbolism of plants,” Hirst explains on the festival’s website. This is part of an ongoing critical research project by Hirst investigating Britain’s nuclear history.

In 1952, Britain’s first atomic device was assembled on Foulness, close to the Essex coast; the bomb was sent to and detonated on the Monte Bello Islands, off the coast of northwest Australia. “This was the beginning of Britain’s devastating testing of nuclear weapons on Indigenous lands at Maralinga and Emu Field in so-called Australia,” she writes.

But Conservative Southend Councillors objected to this stating of facts. Southend Council is currently run by a coalition of Labour, Independent, and Liberal Democrat councillors, although the Conservative party have the most seats. The controversy played out on social media, with Hirst writing on Instagram: “These individuals (one of whom is a former UKIP Councillor) took issue with a plaque included in the work, which critically reflected upon Britain’s nuclear history and colonial legacy—that is, instead of celebrating Britain’s nuclear capabilities, the work highlighted Britain’s devastating nuclear tests on Indigenous Lands in Australia during the 1950s and 60s. We were given a 48 hour ultimatum to remove the work.”

Southend-based artist charity The Old Waterworks (TOW), which hosted Hirst, issued a statement: “History is not simply a celebratory fanfare and it is everyone’s right to be able to explore the nuances of this shared history and how it has ongoing impacts today… Art is meant to spark debate, provoke thought and encourage new ways of seeing the world, it should not be shut down because what it proposes does not align with the views of individuals, particularly when based on extensive research and historical facts.”

When a country reaches the point where stating facts is deemed a “far left wing attack,” one has to worry about what comes next. However, I wonder—hopefully, perhaps naively—if the councillors’ actions may contribute to an example of the Streisand effect, “the act of trying to suppress information but simply making it more widespread as a result.” Certainly, I wouldn’t have come across Hirst’s work if it weren’t for this outrageous censorship campaign. More people might now be exposed to the issues raised in this artwork—as well as the fact that Tory politicians believe threats of a malicious smear campaign against public artwork are fair game in 2021. I thought they were on a drive for more free speech, not less.

Similarly, there was a police raid on an East London warehouse, the Hoxton Docks, which was hosting the annual Antepavilion architecture commission. They were involved, tangentially, with Extinction Rebellion, whose members had been attending workshops there. The target was a structure erected on the roof entitled ‘All Along the Watchtower’, “a reusable, lightweight tensegrity” structure constructed of bamboo poles and steel cables. The piece was designed by Project Bunny Rabbit, a collective who had previously built towers for Extinction Rebellion—seemingly the bane of Home Secretary Priti Patel’s existence—and the intended target of the raid.

The group were preparing for their Free The Press march on Sunday 27 June, which took aim at the four media moguls who own the majority of British newspapers: Rupert Murdoch, Lord Rothermere, Sir Frederick Barclay, and Baron Evgeny Lebedev. Police believed further “tensegrity” structures would be used as part of the protests.

Chief Inspector Joe Stokoe, from the Met police’s public order command, said: “We believe certain  protest groups are specifically intending to disrupt some business locations or potentially cause criminal damage to property.” Extinction Rebellion responded by saying that the raid “had uncovered only activists making art.”

Nuala Gathercole Lam, from Extinction Rebellion UK, said: “This is what happens when you take peaceful protest action to the true centres of power in this country… The media moguls’ fear of four people making art in an East London warehouse suggests they know they cannot withstand public scrutiny.”

“We are an architecture prize,” added Russell Gray, the owner of the canal-side complex who was arrested. “We weren’t prepared to become a propaganda tool for these Extinction Rebellion people.” He added: “We support the erection of the structure, the workshop, training people to do construction and craftsmanship. It doesn’t extend to any endorsement of Extinction Rebellion, on whom I’m neutral at best.”

Large swathes of the Conservative party, it would seem, are not only trying to make themselves immune to criticism: they want to free themselves from the very possibility of criticism. And that criticism doesn’t even have to target the party themselves—wealthy donors or their twisted,  ignorant approach to British history will suffice. It’s outrageous—and likely to continue.