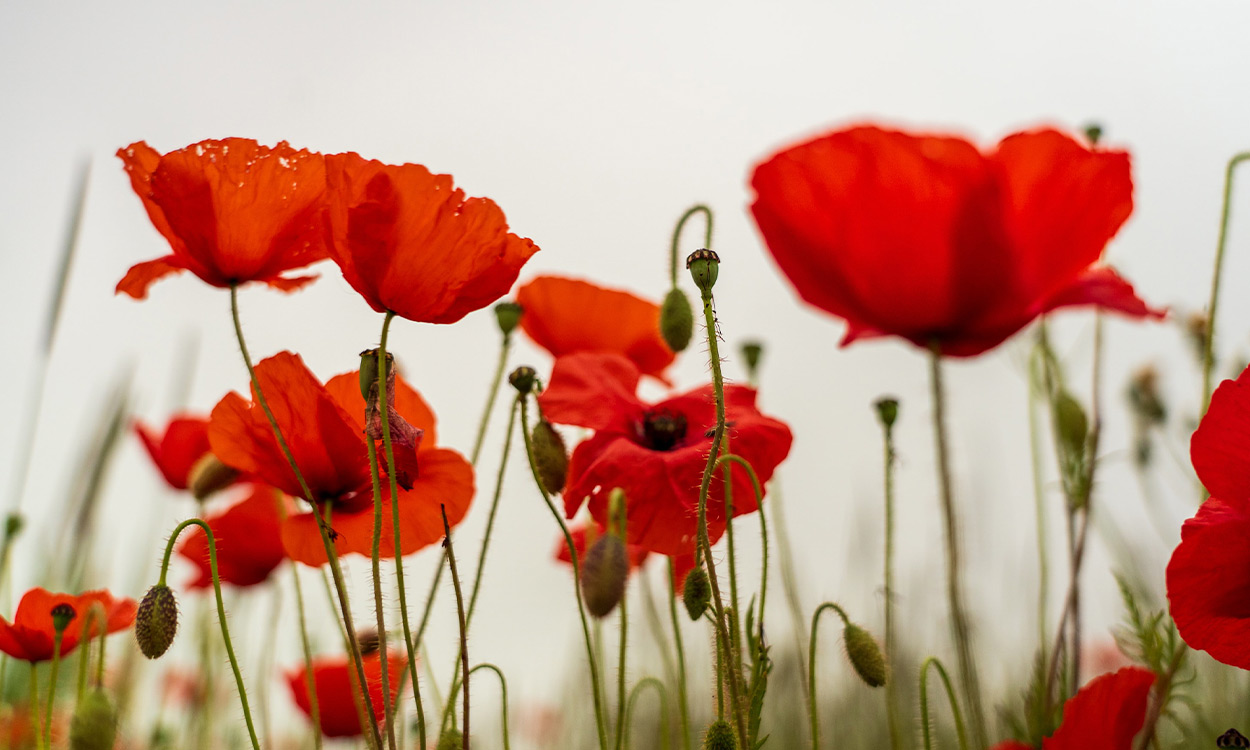 Every year on 11 November, the UK takes a moment to reflect and pay its respects to those who sacrificed their lives fighting in World War I (WWI), on the day it ended back in 1918. On that same day, 57 years later, my motherland, Angola, attained independence from Portugal after almost 400 years of colonial rule. In other words, for me, the day invokes bittersweet emotions and internal dialogue about what patriotism really means.

Now, this isn’t an opinion piece to criticise Britain’s colonial reign over the Commonwealth, but rather a critique of how dominative certain countries’ histories can be and feel. For as long as I can remember, I have exchanged a pound for a poppy and partook in the collective silence on Sundays, but in this era of cultural recognition, is it too much to ask that mine also be considered?

Nisha Dupuis, aged 24, is of Anguillan-Dominican heritage, and on 3 November, Dominica celebrated 44 years of independence from Britain. She told SCREENSHOT that Independence Day is usually a beautiful celebration on the island, where people come together to appreciate their culture and reminisce about the history. And yet, Dupuis hasn’t celebrated the day for a few years now. “I didn’t even celebrate it last year when I moved to London,” she said, “…but don’t feel like I’m having to push down on my history. Instead, it’s about changing the narrative.”

Similarly, for British-born but Angolan native Paulo—whose name has been changed to protect his anonymity—aged 18, the day simply holds strong familial ties. “As I’ve never experienced what Independence Day is like in Angola, I can only go off of what I’ve heard from family and for me, it’s a day for my community in England to come together and eat national dishes or enjoy our native music. I don’t feel like I have to belittle my history but have worked on finding a balance in celebrating both,” he said.

In her piece written for The New Arab, Donia Ismail, a French Algerian-Egyptian journalist pointed out that the sense of festivity for certain diasporas can only be found through connecting with the community, and is something that is rarely depicted or broadcast on mainstream media platforms. Although I concur with the saying “find your tribe and you’ll gain a sense of belonging,” first-hand experience has taught me that, sometimes, being the bridge between two cultures can feel like denouncing your own to cater to everyone else’s.

However, British-Nigerian historian David Olusoga shared that people don’t understand the global nature of WWI—how it involved all nations and was fought all across Africa—and simply believe in the British narrative because they don’t understand their own history. “Most people don’t take the time to learn history, so people are having identities based on a lack of understanding and not reading. I have very little patience for that,” Olusoga said.

WWI was a turning point in African history, not as pivotal as WWII but nevertheless, it reordered the map of the continent roughly to what it is today. The declaration of war alone brought considerable economic disruption to Africa, which followed a depression in the prices paid for its primary products.

For example, in Uganda, there was an overnight increase of 50 per cent in the price of imports, as reported by the United Nations Educational, Scientific and Cultural Organization (UNESCO). The tolls of the war remain prominent throughout Africa today, so while there lies some truth to Olusoga’s theory of ignorance, for me, it’s not as simple as rediscovering where your roots lie but receiving an acknowledgement of the aftermath—something the British government has long neglected to do.

Hajar Chaffag is a 27-year-old Moroccan native. Her motherland celebrated 66 years of independence from France on 18 November, a war in which both her grandfathers fought. Growing up in Morocco, every Independence Day is a public holiday, but she explained that she didn’t recognise the significance until she moved to the US to study abroad and wasn’t given a day off.

“It felt wrong and like nobody knew or cared. I never did anything special for it other than celebrating it with my family but now that I’m not there, I feel like I want to connect with my culture,” Chaffag explained. “My middle school taught using the French system, so I didn’t learn about Morocco’s history,” she added.

When I asked her if she’s ever felt inclined to push down or belittle her history, Chaffag stated that those emotions have never surfaced while in London—where she’s since been living—but they would arise back at home. In Morocco, people don’t make a great deal out of it, she shared. It’s more like a silent sense of patriotism. “I think because I’m surrounded by so many people that don’t understand anything about my history, it gives me a chance to embrace it more and learn more so I can answer when people ask,” she said.

In response to the same question, Olusoga voiced that identities are not simply given, but rather something you have to own and work on. “Somebody who cares about their identity can claim it and there’s much more credence than somebody who doesn’t. If people don’t know their history how can they determine whether remembrance is something that affects them?”

Identities aren’t just based on race but rather on components made up of nationality, ethnicity, religion, social class, locality, and even generation. So, needless to say, it’s fluid, ever-changing, and emotional.

I believe certain countries have been historically branded as the major principal victims of WWI but we often forget to look past the real damage made to other countries. A lot of people died during the war and we should have a tradition of commemorating them. However, over ten countries also celebrate Independence Day in the month of November—so give them the grace of also celebrating their history. 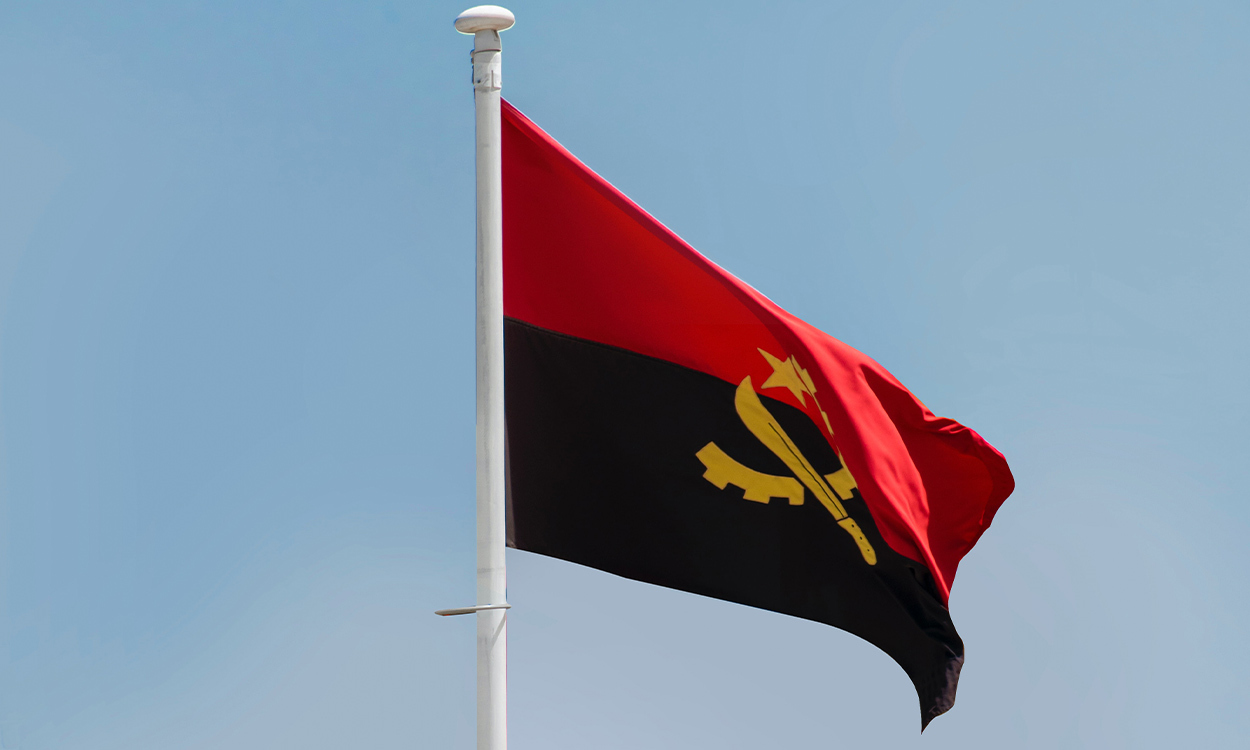 ‘My hope has not yet died’: Inside the Angolan LGBTQ+ youth fighting for change and equal rights

On 24 August 2022, millions of Angolans took to the polls to vote in the country’s parliamentary elections, which had been described by many as an “existential moment” for the key oil-rich African state. Although this would be the country’s fifth election since it declared independence from Portugal in 1975, for the first time, Angolans living abroad had the right to vote remotely.

Many diasporans rejoiced at the news, myself included, as it offered the chance to exercise my civic duty to the birthplace I left aged four. But more importantly, it meant a right to evoke democracy in a country that truly needed it.

The People’s Movement for the Liberation of Angola (MPLA) has been in power since 1975. Throughout the years, it has faced criticism over high levels of poverty, unemployment and corruption—following the Luanda Leaks exposé—so this election promised to tackle all three of those issues. Spoiler alert: the long-dominant party won another five years in power after the verdict revealed it had reached 51.2 per cent, whereas its closest rival, the National Union for the Total Independence of Angola (UNITA), had its best-ever result with 44 per cent.

Although Angola is a predominately young country, as more than 60 per cent of its population are under 24, according to Datareportal, they stood no match for the veteran politicians they were pitted against that Wednesday.

Prior to the election, I overheard a family friend state that the most vulnerable group in the country are the elderly who heavily depend on their families to survive—and while I am in agreement, I couldn’t help but respond in retaliation. “What about the citizens fighting to be seen because they’re dismissed, ridiculed and sometimes attacked due to their sexual orientation or gender identity?” I asked.

Voting for the first time was Edson, 21, from Luanda, who spoke to SCREENSHOT about the significance of this election: “I think this is a moment for change, which is why I voted for UNITA. I recognise my privileges—I have a home and job—but I still face issues. I struggle to access basic healthcare and education because of how I identify.” Edson is a proud trans man who campaigns for social change and LGBTQ+ rights in Angola. Like many members of the community, he relies on his connections to get basic human needs, like an appointment at a doctor’s office.

“While I had no issues treating my electoral card, on the day, I had an incident with a volunteer who nearly didn’t let me vote because she thought my documentation was false. She scandalised the situation and embarrassed me because my physical appearance differed from my identification. This is a regular problem for trans people, but we just don’t voice it,” Edson revealed.

In January 2019, Angola’s parliament voted for a new penal code that no longer criminalised consensual same-sex conduct, 133 years after the passage was introduced under colonial rule. However, President João Lourenço did not sign the code into law until November 2020, which then came into effect in February 2021.

That same year, Angola took it a step further and enacted a new penal code that gave gay and bisexual people legal protection against discrimination for their sexual orientation. In short, anyone inciting hatred could face up to six years in prison. This was a major win for defenders of LGBTQ+ rights in the country but it didn’t mark the end of the battle.

Dário Octávio, 26, is an openly gay and proud Angolan who is using his voice for social change. He explained that although he welcomed the act, he couldn’t ignore the blatant issue of practicality. “How will we gather evidence to prove that we’re being discriminated against from a job, healthcare and so much more?” he posed. Similar questions were going through Octávio’s mind as he geared up to vote for the second time in his life, for the same party, UNITA.

“Those in the 18-30 demographic who never experienced the war have no automatic loyalty to the MPLA and are progressively angrier over the lack of educational opportunities,” Anita Coulson, a former BBC Luanda correspondent told SCREENSHOT. “They have a feeling that life is passing them by and there is little hope of any improvement so long as the MPLA keeps its grip on power.”

Adalberto Costa Júnior was elected as president of UNITA in 2019, and throughout these three years, he has tried to position himself as the voice of the young civil society, with pro-western and pro-business views. Despite his best efforts, it wasn’t enough to sway the votes. Not ready to back down, UNITA officials say they are prepared to wait another five years before taking power.

In response to what Angola will look like in the next five years, Coulson stated that we are going to see increasing unrest. “I cannot overemphasise just how bad the situation is in the more remote areas of the country: extensive drought, malnutrition, threatened famine across the south and an overall lack of basic infrastructure in more than 50 per cent of the nation.”

She added that UNITA’s approach is very pragmatic. “Even if there are no local elections, UNITA will be building support and harvesting the discontent and frustration that is evident wherever you travel in the provinces,” she concluded.

“Growing up, I was terrorised for speaking about the lack of services for people like me, so while I am disappointed at the outcome, it’s only more motive to keep fighting,” said Edson.

Similarly, Octávio added: “My hope has not yet died because I believe in the force of the Angolan youth, and I’ve seen just how powerful our voices are—especially on social media.”