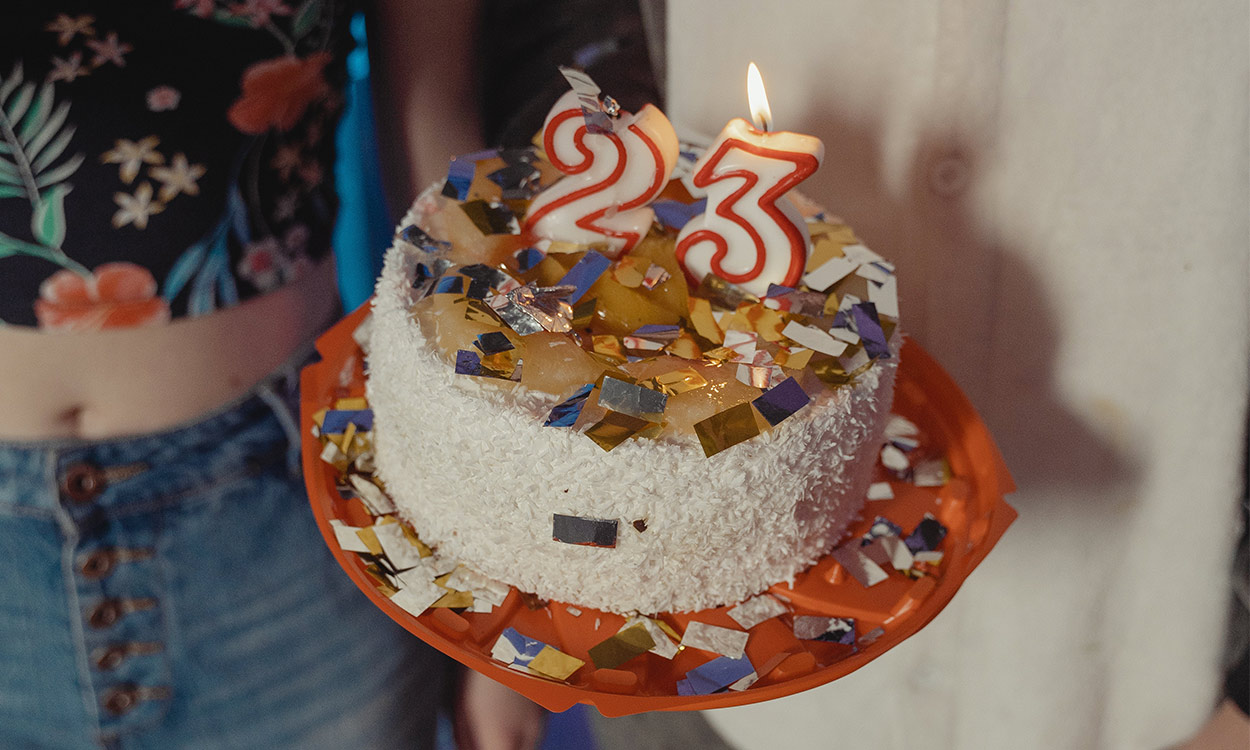 As of June 2023, all South Korean citizens will be gifted with the opportunity to turn back the clock and, overnight, will become one or two years younger. On Thursday 8 December, the country’s parliament, the National Assembly, officially passed a set of laws to scrap its traditional methods of ageing, choosing to now adopt the international standard instead.

For those of you who may be unaware of the “Korean age” system, let’s first run through the history behind this unique counting method—one that has existed within the East Asian cultural sphere for over a millennium.

What is the South Korean traditional age system?

South Korea has always employed a three-age counting system: a Korean age, an international age, and a calendar age (most citizens abide by their Korean age). Under the Korean age method, citizens are already one year old when they are born. Another year is added to a person’s age every 1 January. So, for example, a baby born on 31 December would officially turn two the following day.

While the international age refers to the standardised system used by a majority of nations around the world, the calendar age is a hybrid of the international age and Korean age. Under this method, when a baby is born, they are considered to be zero years old. However, once 1 January comes along they will still add on a year. This particular structure is used to calculate the legal ages for drinking, smoking, and mandatory military conscription.

Although the origins of the ageing system are unclear, some have hypothesised that the one year counted on the day of birth refers to the time spent in the womb—with nine months being rounded up to twelve.

As for the extra year added on 1 January, some claim that it is connected to the Chinese 60-year calendar cycle. They believe that ancient Koreans placed their year of birth within this calendar cycle at a time with no regular calendars. Therefore, they tended to ignore their day of birth and add a whole year on the first day of the lunar calendar instead. As Koreans later began to observe the western calendars, the extra year is now added on 1 January.

Why is South Korea changing its current system?

The government’s decision to amend the current system follows a recent survey conducted by the Ministry of Government Legislation which asked citizens about their thoughts regarding the unification of the age-counting system. In the opinion poll, eight out of ten citizens (81.6 per cent) agreed that the system should be unified.

Not only is there a public mandate, unifying the age systems will massively reduce unnecessary social and economic costs. According to The Guardian, a number of international politicians have welcomed the move after previously deeming the South Korean ageing system to be behind the times and inconsistent with the nation’s extensive economic, global technological, and cultural power.

South Korea’s President Yoon Suk-yeol has repeatedly criticised the process himself, deeming the lengthy ageing calculations as a drain on important resources.

A number of South Korean citizens have welcomed the change, with Jeong Da-eun, a 29-year-old office worker, telling The Guardian: “I remember foreigners looking at me with puzzlement because it took me so long to come back with an answer. Who wouldn’t welcome getting a year or two younger?” 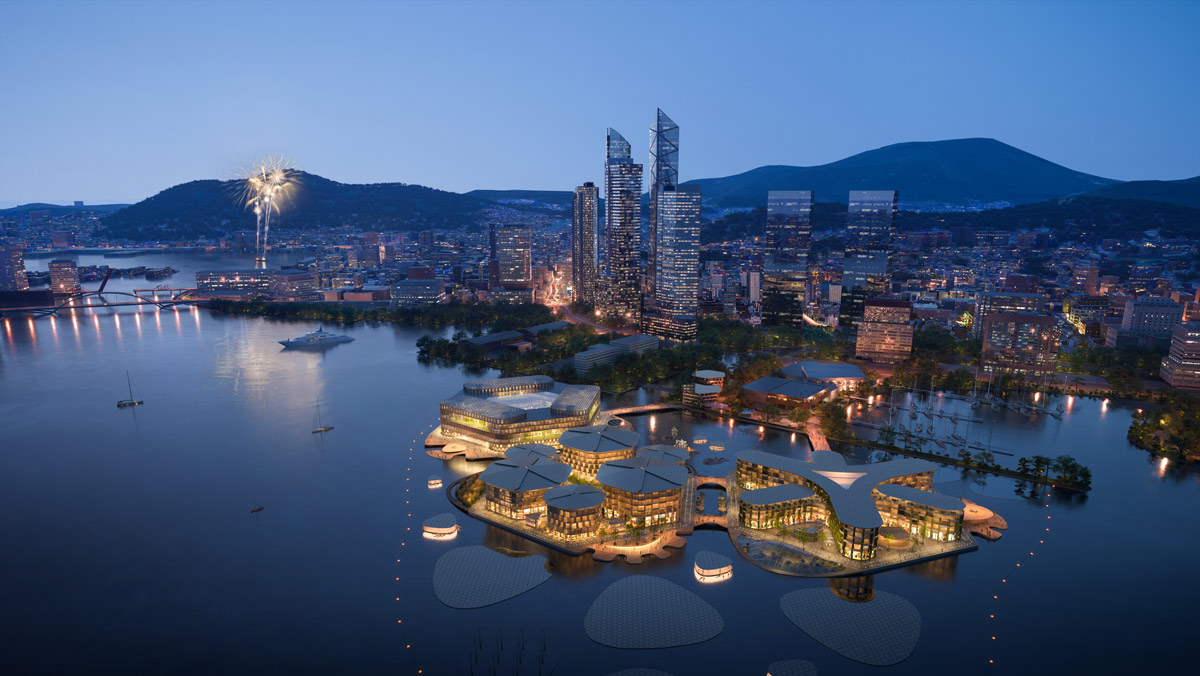 South Korea is set to build a “sustainable floating city” off the coast of major city Busan as early as 2023 in what is being called a “world first.” The goal behind this endeavour is yet another step in utilising breakthrough technologies to combat the continuous threats of climate change.

The project, which presented its prototype renderings at a United Nations (UN) roundtable on Tuesday 26 April, is a partnership made up by OCEANIX (a blue tech company based in New York), the city of Busan—the second largest city in South Korea—and the UN-Habitat ‘Human Settlement Programme’. The UN’s role appears purely advisory at this stage but will later set to work on collecting data on how the city operates.

“As Mayor of the Metropolitan City of Busan, I take seriously our commitment to the credo ‘The First to the Future’. We joined forces with UN-Habitat and OCEANIX to be the first to prototype and scale this audacious idea because our common future is at stake in the face of sea level rise and its devastating impact on coastal cities,” said Mayor Park Heong-joon in a press release.

The city is expected to be the first test in an evolving strategy towards real estate development in its sustainable and ‘survivable’ structural foundations—in simpler terms, being able to withstand continuously changing environmental conditions. Rendered imagery of what the metropolis is expected to look like shows various buildings on floating platforms, all linked to each other (as well as to the mainland) via a number of connecting bridges. The founding concept is that, as sea levels shift, so will the platforms. But, that’s not all—the city is expected to be fully sustainable.

“Meetings like this one are not empty talk,” Maimunah Mohd Sharif, executive director of the Human Settlements Programme, said in a statement on Tuesday. “Three years ago at our first roundtable, everyone wondered when they might visit a floating city or see its revolutionary architecture, experience its zero-waste environment, sample its home-grown produce and enjoy a new way of living sustainably with nature. We now have the answer. Plans are in place.”

As part of the press release, project organisers claimed that the city would be able to first host 12,000 people with potential expansion possible in future for a capacity of 100,000. Completely self-reliant, the floating city will be able to generate 100 per cent of necessary operational energy with its six integrated systems—zero waste and circular systems, closed loop water systems, food, net zero energy, innovative mobility, and coastal habitat regeneration—via both rooftop and floating solar panels.

Described as “innovative urban agriculture,” mock-ups of the city show large open spaces filled with greenery, public seating and art. “Similarly, each neighbourhood will treat and replenish its own water, reduce and recycle resources, and provide innovative urban agriculture,” the press release continued. There won’t be any traditional modes of transportation as residents and visitors alike would be required to travel by bicycle or on foot.