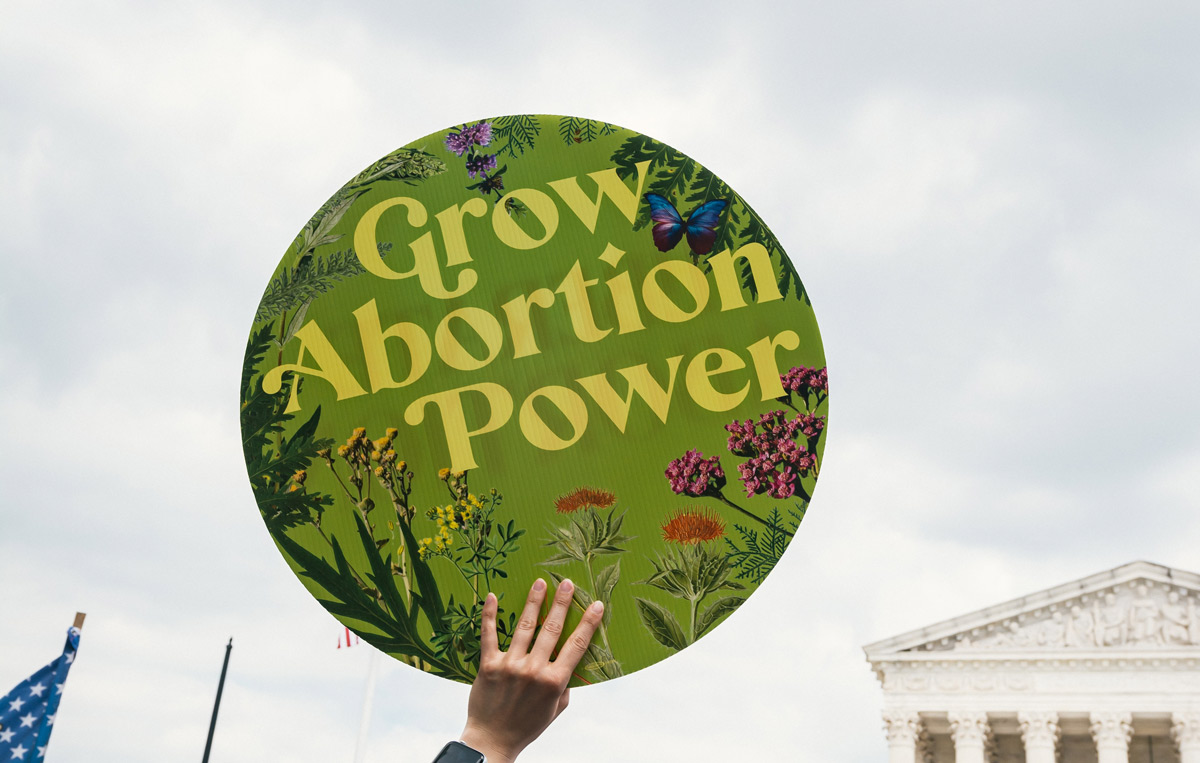 Following the overturning of Roe v. Wade in the US, the discussion has entered into British politics as Tory MP Danny Kruger sparked backlash for comments he made in response to the slashing of abortion rights across the pond. In a debate on the matter in the House of Commons Tuesday 28 June, Kruger stated that he “probably disagree[d]” with his appalled colleagues on the verdict.

The Tory MP went on to make a highly controversial opinion regarding the rights of women to their own body. Addressing pro-abortion advocates, he said: “They think that women have an absolute right to bodily autonomy in this matter, whereas I think in the case of abortion that right is qualified by the fact that another body is involved.”

The comments, happening in the midst of concerns regarding the Tories’ British bill of rights (which has been labelled a worrying and “draconian” stripping back of human rights), have caused backlash across social media as people panically apprehend a repeat of US attitudes towards abortion in the UK.

As MPs tried to counter him, Kruger continued: “I would offer to members who are trying to talk me down that this is a proper topic for political debate… My point to the front bench is I don’t understand why we are lecturing the United States on a judgement to return the power of decision over this political question to the states, to democratic decision-makers, rather than leaving it in the hands of the courts.”

One Labour MP, Stella Creasy, spoke to The Guardian to caution women in the country that abortion is not yet a procedure enshrined in legal right—and will herself table an amendment to the Tory bill of rights to include reproductive rights. “Most women in the UK do not realise abortion is not a right but there is only a law giving exemption from prosecution in certain circumstances,” she told the publication. “What the US teaches us is that we cannot be complacent about entrenching those rights in law.”

Creasy expects that a free vote will be given to MPs on the debate. 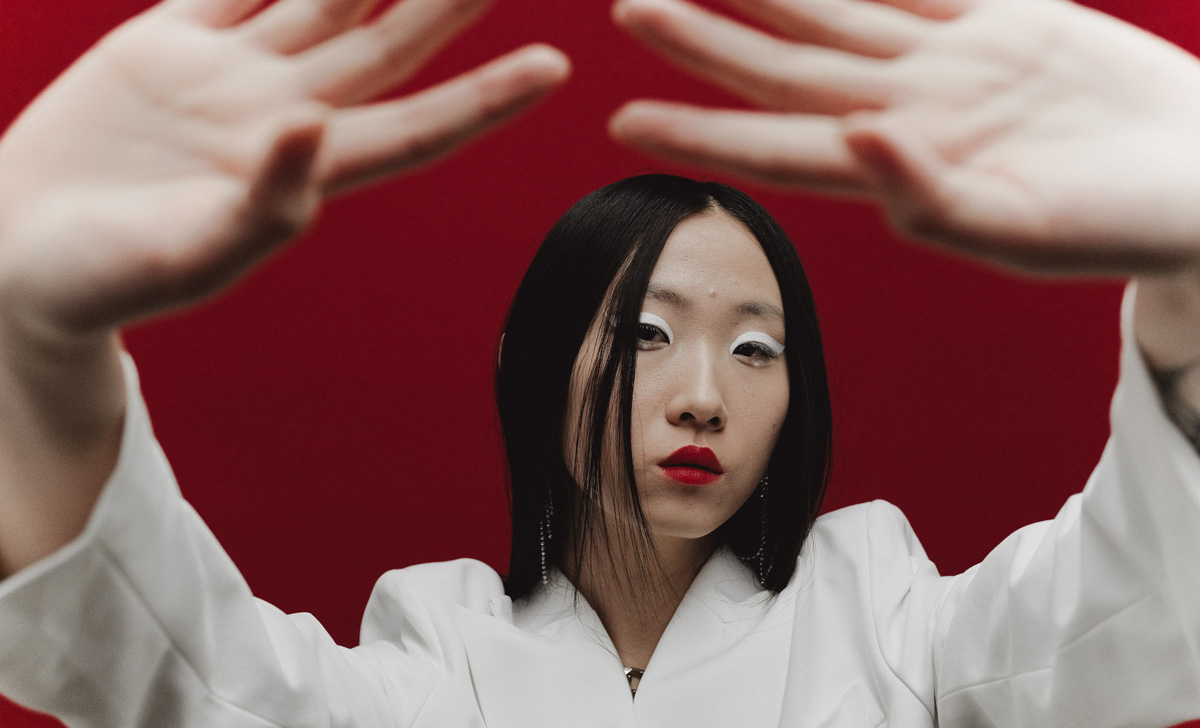 On 1 September 2021, one of the US’ most restrictive abortion laws took effect in Texas. Also known as the ‘heartbeat bill’, the law banned abortions as early as six weeks—before most people even realise they are pregnant—and allowed private citizens to sue anyone involved in the procedure. The next day, Shar Dubey, CEO of Match Group (which owns Tinder, OkCupid and Hinge) started an abortion fund for the company’s staff in Texas. Now these initiatives are trickling into user interfaces of the dating apps owned by the group—starting with OkCupid’s ‘Pro-Choice’ profile badge and search filter.

Rolled out across the US, OkCupid users will be prompted with the question ‘Do you want to add the Pro-Choice badge to your profile demonstrating your support of reproductive rights?’ The profiles of those who respond with a ‘yes’ will feature a bright, all-capital text badge stating ‘I’m Pro-Choice’ on the top. The response will also grant them access to the ‘Pro-Choice Stack’ which acts as a filter when they’re looking for dates—and will only feature matches who’ve opted the option as well. The app will also donate $1 to Planned Parenthood, a nonprofit organisation providing reproductive health care, for every user who adds the badge to their profile.

“At OkCupid, we support our users’ right to choose,” the company wrote in a blog post announcing the update. “Given the new, radical Texas law, it’s more important than ever to take a stand—and we’ve found that our users want to be able to choose to filter for dates who are pro-choice more than they ever have before.” To back these claims, OkCupid highlighted how there has been an 18 per cent increase in ‘pro-choice’ on profiles in the US compared to last year. In the past six months, there has also been a 4 per cent increase in users stating their disapproval against the idea of Planned Parenthood being defunded by the government.

Additionally, 88 per cent of the dating app users who answered the question ‘Are you pro-choice?’ said ‘yes’. When polling the people who the law affects the most, the app found similar results. 87 per cent of men and 95 per cent of women in Texas responded with a ‘yes’ to the same question—with mentions of ‘Planned Parenthood supporter’ in Texas-based profiles doubling over the summer.

“People with ‘pro-choice’ in their profile are nearly two times more likely to get a reply than those who don’t,” the company further noted, adding how they expect daters in the Pro-Choice Stack to witness an increase in their likes of up to ten times more than ever before. “When we released the ‘#ISupportPP’ profile badge in support of Planned Parenthood several years ago, men with the badge got 9 times more likes than those who didn’t add it to their profile.”

Two sides of a same coin

For a tech company, a strong stance on divisive issues not only reflects its core values as a brand but also highlights its alignment with them—a factor consumers are increasingly expecting out of corporations. OkCupid’s announcement, however, has the internet weighing in on both sides of the argument, with some questioning if the company plans to add pro-life badges as well.

“Great so where is the pro life badge?” tweeted one user. “Why do companies gleefully pick sides and alienate customers?” wrote another. Snubbing the move for being judgmental, one user noted how we once used to “meet people without prejudging them or their beliefs,” while others equated the update as the reason why nobody uses the app anymore—calling it “OkStupid” instead. Since OkCupid essentially supports its users’ right to choose, the present arguments are built upon the narrative of what made the company prefer pro-choice as the ‘desirable’ option for everyone.

Well, according to a poll by the American analytics and advisory company Gallup, gen Z and younger millennials have been particularly supportive of the idea that a woman should be able to have an abortion. They are also the generations most likely to use dating apps like OkCupid. So what better way than adding ‘badges to weed out matches’ as horny girl autumn approaches? Making one’s views clear on dating apps can not only improve the odds of finding a genuine connection but also helps build deal-breakers before you even think of swiping right on someone—saving you a considerable amount of time.

With Bumble creating a similar fund to support the reproductive rights of people, it’ll only be a matter of time before the badge rolls out globally across other dating apps—featured right next to the ‘I’m Vaccinated’ ones.