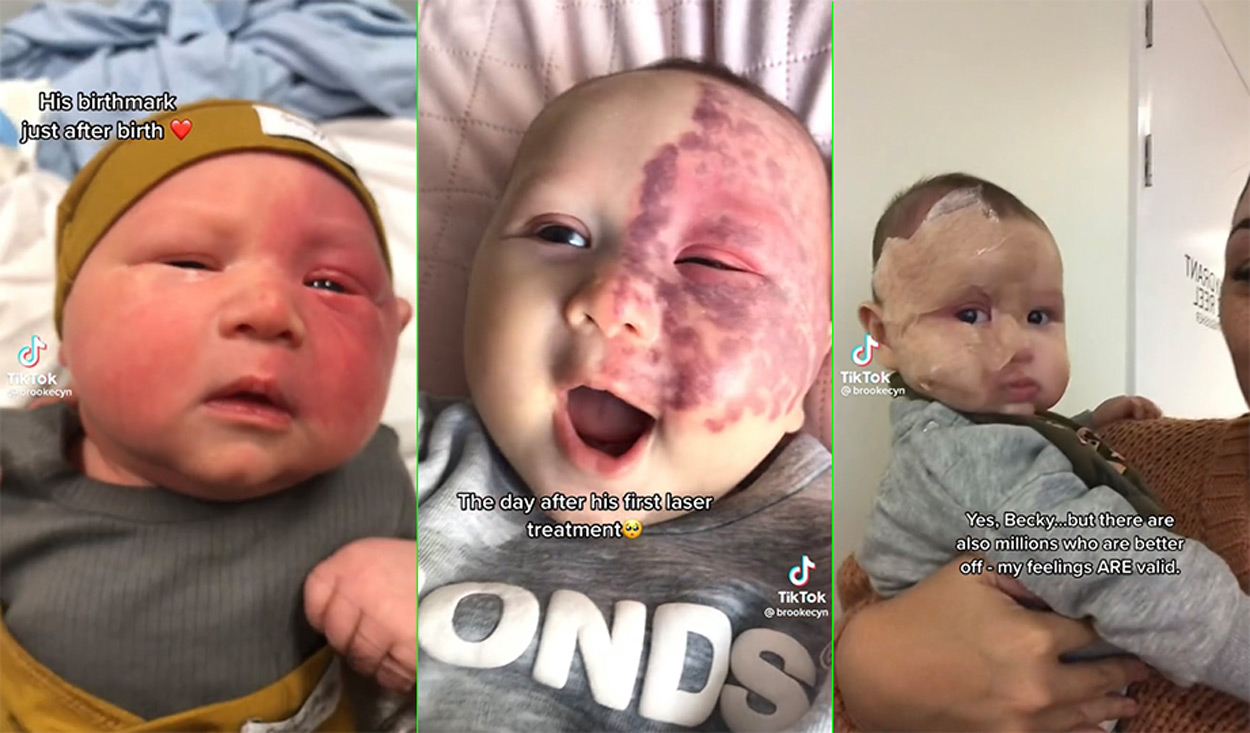 A mother with a large TikTok following has been slammed on the platform after sharing with her audience that she had removed a large birthmark on her baby’s face through laser treatment. Brooke (@brookesyn on TikTok) quickly answered back to trolls who branded her a “child abuser,” claiming that the treatment was the best option for her now six-month-old son.

Over the past few months, the mum of two has been sharing her journey with her son Kingsley on the video-sharing app. There, she revealed that Kingsley was born with a large port-wine stain birthmark over half his face.

After speaking with medical professionals, Brooke decided to have the birthmark treated with a laser so it was less likely to impact her son’s life negatively—a choice that many found controversial.

As soon as she shared this news with her followers, Brooke was met with brutal backlash. Many took to the comments section to criticise her decision to put her son through laser treatment at such a young age, not letting him get old enough to decide for himself.

“Oh my Jesus Christ! How can you do that to him?” one user commented. “I think this is just wrong. They should wait until he’s 18 and can decide for himself if he wants it removed or not. Hate when parents decide,” another added.

But in the midst of this online hate brigade, a few users spoke out to support the mum. “You have 1 mill % made the right decision. I’m glad my parents decided to have mine removed for me. Plus he will never remember. Cold compressions help,” @loboard2288 told Brooke under a video.

Since being criticised so heavily online, Brooke has made it her mission to educate her followers as much as possible. In several videos posted after the initial one, she explained that the laser treatment is the best and only option for her son.

“The younger they are the better it is to start the laser because it is fresh on their skin and it is less stubborn. Over time it will become more stubborn and they will need more sessions in the future,” Brooke continued.

She went on to clarify that she wasn’t treating her son for cosmetic reasons—she was doing it for his health. “I think he is the most beautiful boy in the whole entire world. I don’t give a f*ck if he has a birthmark on his face or not,” she said, adding, “It p*sses me off that people think this is purely for cosmetic purposes when it isn’t.”