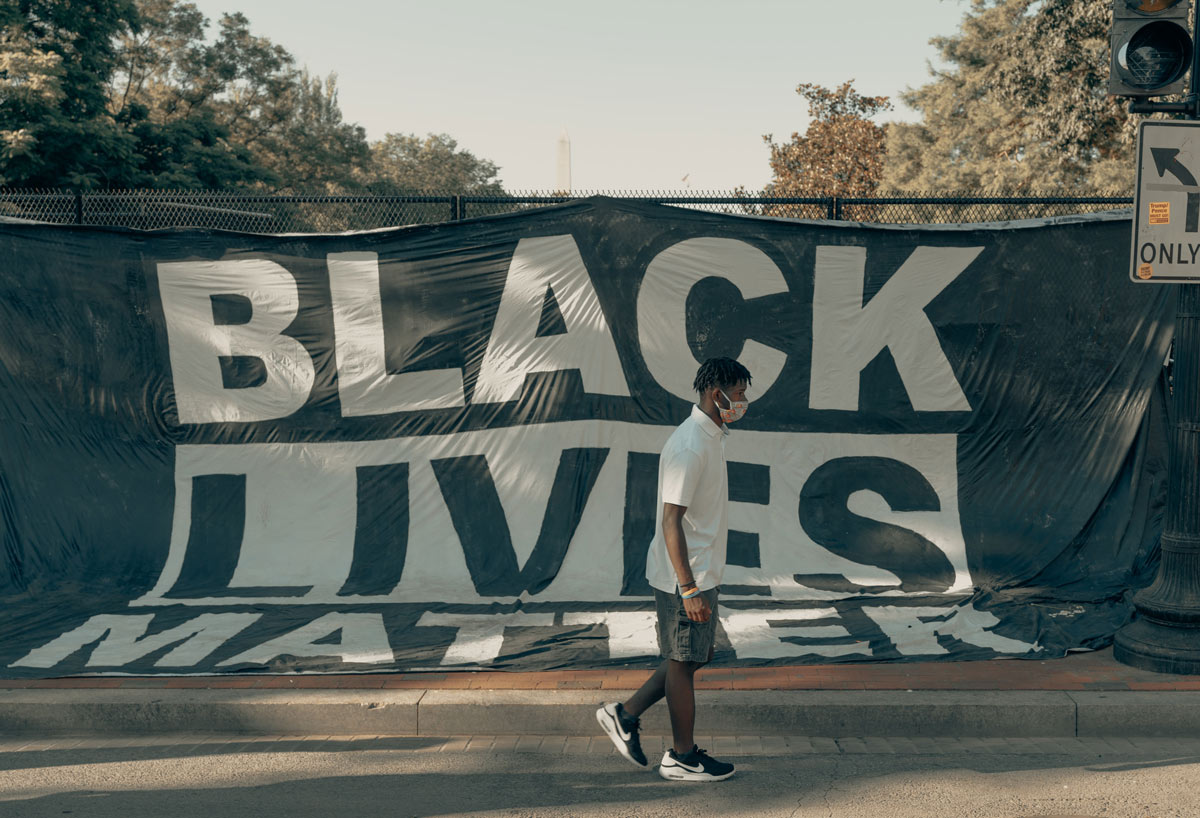 Louisville to pay a $12 million settlement to Breonna Taylor family

In the aftermath of the police raid in which 26-year-old emergency medical technician (EMT) Breonna Taylor was killed, the city of Louisville in Kentucky has agreed to a $12 million financial settlement with the victim’s family. The city also agreed to institute changes aimed at preventing future deaths by officers.

The agreement, which was announced Tuesday 15 September, settled a wrongful-death lawsuit brought by Taylor’s family. After months of demonstrations that have left Kentucky’s largest city boarded up, and 6 months after the death of Breonna Taylor in a botched drug raid, city officials have finally agreed to pay her family and institute changes in order to prevent future deaths by police.

This deal is reportedly the biggest payout made by police in the city’s history, according to The Washington Post. In 2012, Louisville paid out $8.5 million to Edwin Chandler after he was wrongfully imprisoned for almost a decade.

The settlement comes after weeks of private talks and negotiations and also includes policing reforms such as a “requirement that commanders approve all search warrants before they go to a judge,” a source told Courier Journal. The settlement also states that officers who choose to live within city lines will receive housing credits, and officers involved in any shooting would be drug and alcohol-tested.

Speaking at a press conference on Tuesday afternoon, Mayor Greg Fischer said: “My administration is not waiting to move ahead with needed reforms to prevent a tragedy like this from ever happening again. When you know what the right thing to do is you do it. Why wait?”

Sam Aguiar, an attorney for Taylor’s family, said the city’s handling of the case had been “slow and frustrating” but hoped the settlement could be “a turning point” for substantial police reform. Since Taylor’s death, activists have led demonstrations around the country to demand that the police be held accountable and that the city council defund the police.

It should be noted that the agreement didn’t require the city to acknowledge wrongdoing. Still, Taylor’s family received more than double the amount paid to the relatives of Eric Garner, the man who died in a police chokehold in 2014. Although a few other cases resulted in larger payments, many of them came only after years in court battles. The Louisville agreement was reached in just months.

But this settlement is also surprisingly different for other reasons. Louisville agreed to a dozen of extra changes in an effort to calm the protests down, which is quite unprecedented. The new changes, more specifically the policing ones, will introduce mandatory safeguards that previously were common practice in the department but were not followed the night of the raid. They will also put in place an early warning system to flag police officers who have been accused of ‘excessive force’.

It seems unlikely that a criminal inquiry conducted by the state’s attorney general will result in charges against at least two of the officers, who were standing directly in front of Taylor’s boyfriend when he opened fire first. A third officer, though, has been fired for shooting recklessly that night. According to The New York Times, because the officers were fired upon first, “their actions may be protected under Kentucky’s statute allowing the police to use lethal force in self-defence.”

The results of the investigation are expected to be released soon but if no charges are brought, this settlement might be the closest Taylor’s family comes to justice, along with the changes it demanded. Officers will now be encouraged to perform two hours of paid community service each pay period and will receive housing credits to encourage them to live in the neighbourhoods they police. Furthermore, the police will only be able to conduct a search with ambulances nearby. No-knock search warrants are now banned in the city and similar legislation that would ban the warrants nationwide was introduced in the US Congress. 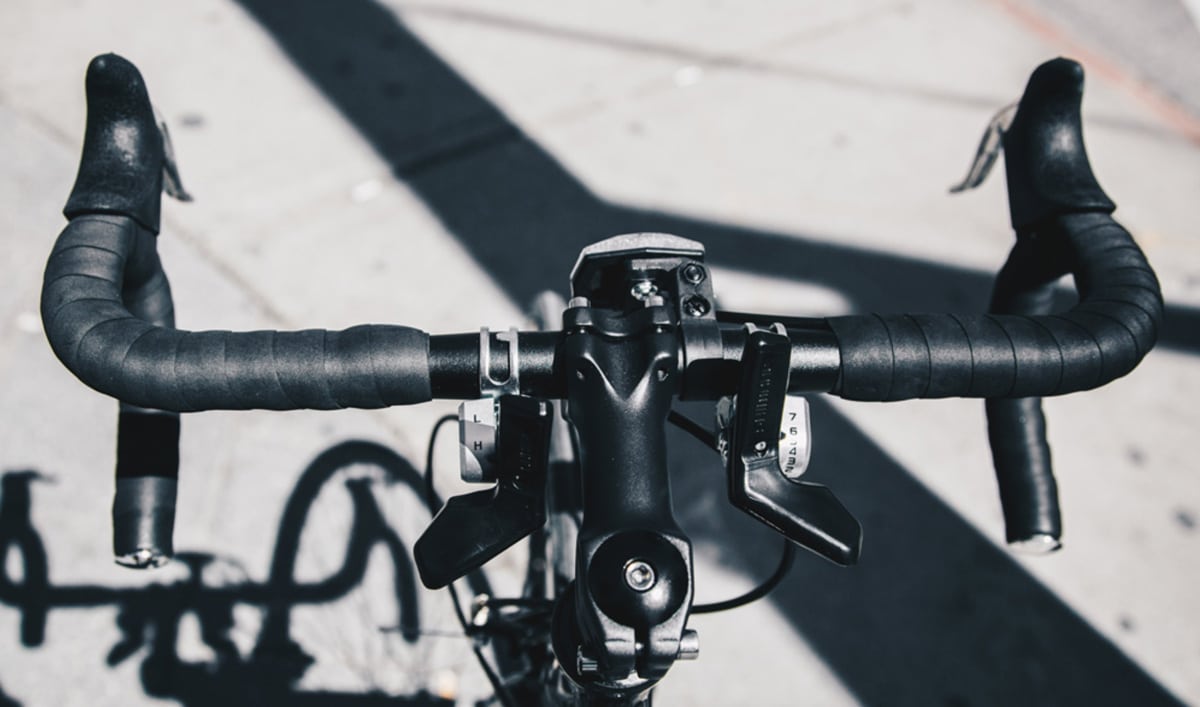 In the deepest, darkest waves of lockdown, I vowed to use this opportunity to get fit. I swore I would prepare for next year’s marathon and even tried my hand at Chloe Ting’s workouts, which I can undoubtedly say are not for the weak-hearted. Nonetheless, I persevered with my daily squats not realising that I was actually prepping for several tests of personal endurances. While abiding by the regulations, I attended an array of protests with a spring in my step to counteract the stress, as I had found a physical activity that I actually enjoyed—cycling.

Cycling, in some form, has always been a political statement, and cycling while black is a political act itself. Britain’s long-held commercial representation of cyclists have predominately been of white people while, unfortunately for black cyclists, the cultural caricature the media presents answers to the title ‘roadman’.

We’ve long laughed at these humorous, underlying racist narratives but what the past few months have depicted is that regardless of wealth, profession or vehicle, black people are more likely to endure degrading stop-and-searches by police officers.

On the 14 June, one hot Sunday afternoon, I accepted an offer to spend the day cycling from Oxford Circus to Clapham Common with Chain Cyclists, a collective group raising money for the Stephen Lawrence Charitable Trust with the motto ‘A cycle of change in the community’.

When Jason, Peniel, Ben and Emmanuel jointly rediscovered their love for riding, they didn’t expect the rapid growth. “It started as a way of keeping healthy and spending time with our friends. Once we realised how many people wanted to join us, we took the initiative towards doing something positive and have been going strong ever since.”

Despite the shifting decline of media coverage of those still fighting for black lives, many have continued spreading support for black activists, businesses and groups on socials, ahead of the first Black Pound Day in June. The second Black Pound Day happened on 1 August and will continue to occur every first Saturday of each month.

While financial support for black businesses is being encouraged, others have found comfort in showing up with their bikes and riding in solace with other black cyclists under the umbrella term ‘the Black Unity’. The bike ride event said to be “riding in the name of unity, empowerment and love” hosted by Black Cyclists Network joined forces with Chain Cyclists and Toksy Toks to organise the day. With the hopes of achieving equality, this event invited a multitude of other collectives to join the day and combat the taboo. And thus, a black cycling community was born.

Temi, founder of Black Riders Association was one of many invited to tag along for the day. In 2018, Temi agreed to join a fellow friend on a fundraising cycle from London to Nigeria. “As a keen traveller, I was taken aback by my friend’s bravery,” he said. “I’ve always cycled but never with intention, so when the opportunity arose to come along I took it and being of Nigerian descent I wanted to take this chance to go back and visit.” As he prepped and trained ahead of his trip, he began to source and search for information that led to his discovery.

“Blogs, shops, events and cycling groups were dominated by white men,” he explains, “It was hard to find black cyclists at the time, possibly because of the taboo, but I found a few who advised me on what bike to get and training tips.” Following the trip that took him around 14 countries in two and a half months, he noticed the budding interest in his journey which led him to create My Choice, a social enterprise making impactful change. “I felt that by increasing diversity in cycling and forming a group that encourages leisure and fitness, cycling helps make it more accessible.”

Prime Minister Boris Johnson, a fellow cyclist, announced plans to spend £2 billion on a new cycling scheme in a bid to tackle obesity in the UK. Following the £50 bike repair voucher scheme recently introduced, Johnson has now promised cycle lessons for all. Additionally, new bike lanes will be introduced and GPS are set to prescribe cycling as part of the push.

Cycling culture is on the rise for diverse reasons. I hope that, alongside the introduction of these schemes, Johnson also start tackling the racial profiling of black cyclists so that marginalised communities can also reap the benefits. After all, we all want to work together to tackle climate change, right?