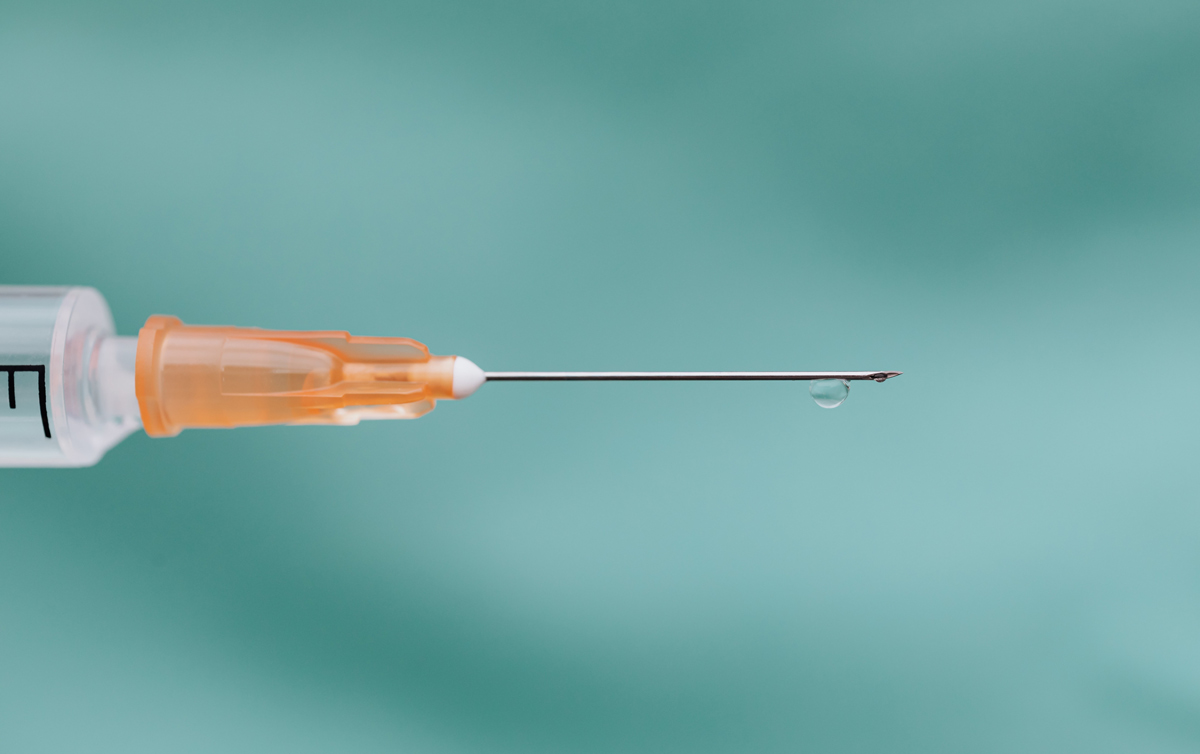 Women are boycotting clubs after shocking injection spiking cases. What is true and what isn’t?

Both The New York Times and The Washington Post have published reports about the sudden and worrying rise in needle spiking, where drugs are injected into unsuspecting victims with syringes in crowded venues. It is an unusual and deeply distressing phenomenon. Fiona Measham, professor and chair of criminology at the University of Liverpool and director of The Loop, a non-profit organisation established in 2013—which provides drug safety testing, welfare and harm reduction services at nightclubs, festivals and other leisure events—explained to The New York Times how needle spiking is “not impossible but it’s really unlikely.”

Of course, its supposed rarity doesn’t mean that these allegations should be dismissed so easily, “I think the anxieties are very real, the anger toward nightclubs is real.” Details around such an incident are often hard to ascertain, given those involved are usually to some extent drunk, and drugs used in spiking tend to affect memory as well as perception.

This spiking ‘epidemic’ has, it seems, been exacerbated by the start of term for universities around the UK. Young people, many of whom won’t have been clubbing before, are suddenly finding themselves in new situations, in new cities, with new groups of friends. People are vulnerable—and disgustingly, yet unsurprisingly, there are those who will take advantage of that.

Issues of women’s safety were forced into the spotlight following the murder of Sarah Everard by a serving Metropolitan police officer and later, Sabina Nessa—but practical and pragmatic policy to crack down on violence against women still seems uncertain. That some police forces have responded poorly to the situation is particularly disappointing—though again, not shocking. It is a scary and anxious time for us all, especially for women and feminine people.

Tomorrow, Wednesday 27 October, sees a boycott of nightclubs around the country, organised by groups from more than 60 universities. Organisers hope to highlight issues of women’s safety and to put economic pressure—sometimes the only kind people will listen to—on venue owners to tackle the escalating problem. An online petition calling for a legal requirement that nightclubs “thoroughly search guests on entry” has amassed over 165,000 signatures, meaning it will now be considered for debate in Parliament.

Within this ongoing and developing situation, social media has since become a double-edged sword. Through Twitter and Instagram, people can quickly share stories, warn others about particularly dangerous locations, and share resources for help and advice. An infographic by Student Beans—a company that organises and coordinates student discounts—was shared widely over Instagram and has been liked over 600,000 times.

That being said, misinformation and dangerous rumours can also spread quickly via social media, with people sharing and reposting unverified and sometimes harmful stories. One such story claimed that someone was diagnosed with HIV shortly after a needle injury. The National AIDS Trust explained on Twitter that this was “demonstrably false” as contracting “HIV from a needle injury is extremely rare. A diagnosis takes weeks.” (If you think you have potentially been exposed to HIV in the past 72 hours, go to A&E or a sexual health clinic immediately—they can prescribe PEP—post-exposure prophylaxis—which greatly reduces the risk of HIV infection).

Not only did this promote a dangerous stigma about HIV, but it was based on misinformation and hearsay. It is important—vital, even—to distinguish and highlight verifiable concerns from unconfirmed rumours. We need to be able to tell real stories apart from fake news in order to be able to properly gauge the extent of the problem and, thus, work towards the best solution.

Reading these news reports, I am reminded of Michaela Coel’s phenomenal and award-winning television show, I May Destroy You, which explored deftly and acutely issues of spiking, sexual assault, rape and trauma. If you haven’t watched it, I can’t recommend it highly enough. Not only does Coel approach the complexity of these issues skillfully and with aplomb, but she is also provocative and doesn’t hold back her punches—perhaps asking more questions than she answers.

While it is unfortunate and downright infuriating that there seems no accountability to the men perpetrating these attacks—after all the responsibility lies with them and not women—any information about how women may better be able to protect themselves should be noted. Drinkaware has advice for what to do if you think a friend has been spiked:

– Tell a bar manager, bouncer or member of staff
– Stay with them and keep talking to them
– Call an ambulance if their condition deteriorates
– Don’t let them go home on their own
– Don’t let them leave with someone you don’t know or trust
– Don’t let them drink more alcohol—this could lead to more serious problems

The symptoms of drink spiking can vary depending on the person and the drug used but can include: lowered inhibitions, loss of balance, feeling sleepy, visual problems, confusion, nausea, vomiting and even unconsciousness. It can be difficult to tell these symptoms apart from the effects of alcohol—but if you or a friend start to feel strange or drunker than you feel you should be, then get help immediately.

Drink spiking can happen in any situation at any time, either at pre-drinks, a house party or on a night out. It is, needless to be said, never the victim’s fault. But there are a few things you can do to lower the chance of being spiked: never leave a drink unattended, don’t accept a drink from a stranger (especially if you have no idea where it has come from), avoid drinking too much in one night and always try and stick with a group of friends. 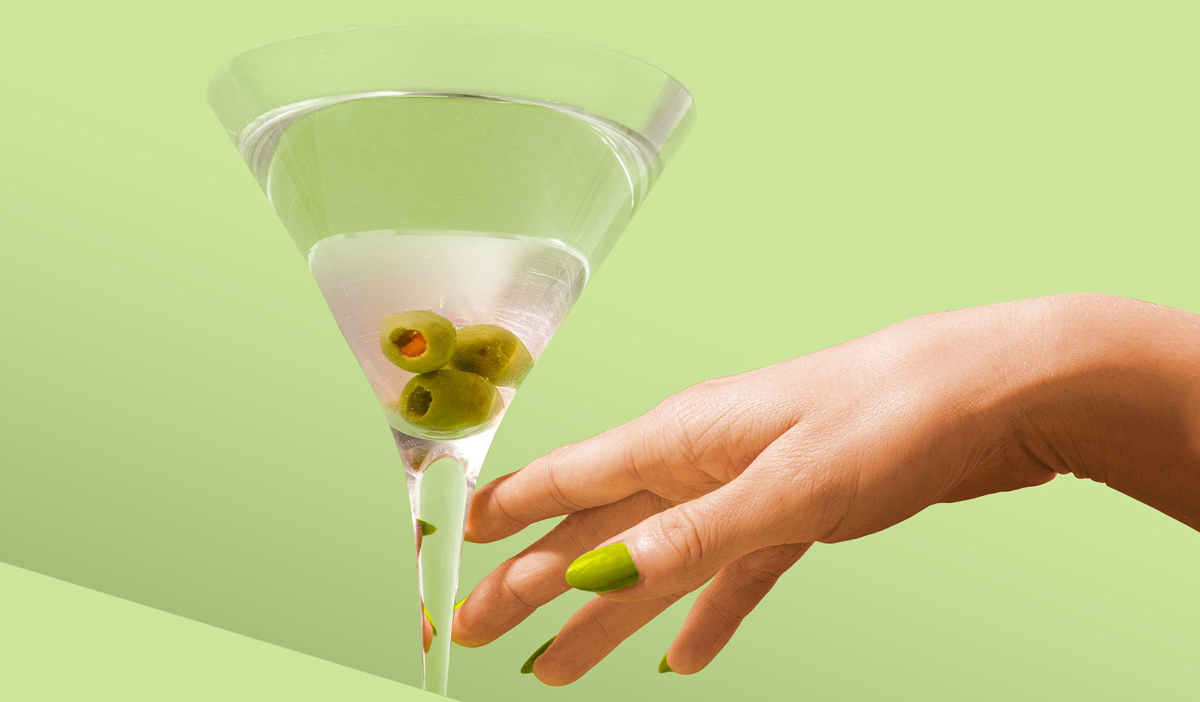 As violence against women continues to rise in the UK, roofies are making a dreaded comeback

From Sarah Everard to Sabina Nessa, every day we hear more and more examples of violence against women in all forms. To us women and feminine-presenting people, it’s unfortunately not a shock. With the UK government and police issuing useless advice, another issue is on the rise—date rape drugs. This worrying surge is not the first sign that something is endemically wrong with our patriarchal and violent society. Such a malicious tactic is done so much that it is commonly referred to not only as a noun but as a verb. It’s called ‘getting roofied’.

Getting roofied (for example, ‘she got roofied at that party’, or ‘someone slipped a roofie into her drink’) was coined around 1999 as a slangy rendition of the substance rohypnol—the most rampantly used ‘date rape drug’ at the time. Although certain drugs (like rohypnol) are no longer in frequent use as they once were, ‘drink spiking’ in general is reportedly on the rise. Not only involving drugs, ‘drink spiking’ can also entail adding alcohol to an individual’s non-alcoholic drink (without their consent) or even slipping additional alcohol to an already alcoholic drink (again, without their consent). Drink spiking often occurs with the commonly known intention of sexual assault.

In an investigation conducted by the BBC, it found that between the years of 2015 to 2019 there were 2,650 drink spiking victims in England and Wales—71.6 per cent of whom were women, with 255 of the victims being under the age of 18. In a public Freedom of Information (FOI) document released by the West Yorkshire Police in May 2021, the number of offences relating to drink spiking (recorded from 1 January 2020 to 31 December 2020) was 52. Now that clubs are open again, can we unfortunately expect this number to shoot up once again?

It must be noted, however, that these (or any) statistics on the crime are not accurate enough to assess the real scale of the issue. What’s clear as day is that the number of people sharing their stories online shows how terrifyingly endemic this is and, of course, the police are fucking it up as usual.

One 23-year-old university student told the Norwich Evening News in September 2021 that she and four of her friends had all experienced this vile tactic, “It was a shock the morning after to realise I’d been drugged… I know my limits and what I can handle, and the way I reacted was completely abnormal.” She continued, stating that the clubs have done very little to rectify the problem, “I don’t know why so many of us are getting spiked now when we never have been in the past… All the awful people out there who enjoy doing this obviously haven’t been able to get their fix for 18 months [and] are making up for lost time.”

More recently, just last week, two 18-year-old men were arrested after a video clip that went viral on social media showed them spiking a young woman’s drink; the footage, which was reportedly taken in the nightclub Pryzm in Bristol, has since been removed from Twitter and the men released on bail with a ban of entry to all nightclubs. The clip shows one of the men slipping a tablet into a woman’s drink while reaching behind her to grab his own drink. Following their arrest, the police issued one of their super-helpful statements, “If you believe your drink has been tampered with on a night out, we’d recommend alerting bar or security staff at the venue, reporting the incident to police by calling 101 and seeking immediate medical advice.”

Another victim called Shauna, speaking to The Tab, details the events of her first night on the town after lockdown. Feeling incredibly drunk after just one drink, Shauna disappeared from her group of friends for about 45 minutes. “I’m not the sort of person to walk off alone, so I’m sure someone would have pulled me or asked me to walk away with them… Apparently I was texting my friend, saying that I needed help and I was scared.”

Much of the advice on how to protect yourself from such attacks is stuff we have heard time and time again. I don’t even need to list them anymore. Products have even surfaced, like the NightCap, a “drink spiking prevention scrunchie,” over the years to ‘help’ us protect our drinks from being spiked. The real issue is men. Don’t ‘AllLivesMatter’ me with a #NotAllMen statement, because it really is #AllWomen who are at risk. The ‘advice’ and aid being given out by the UK government and police in recent weeks has been abysmal to put it lightly, and only continues to highlight the systemic roots of violence against women and its subsequent failings in protecting us.