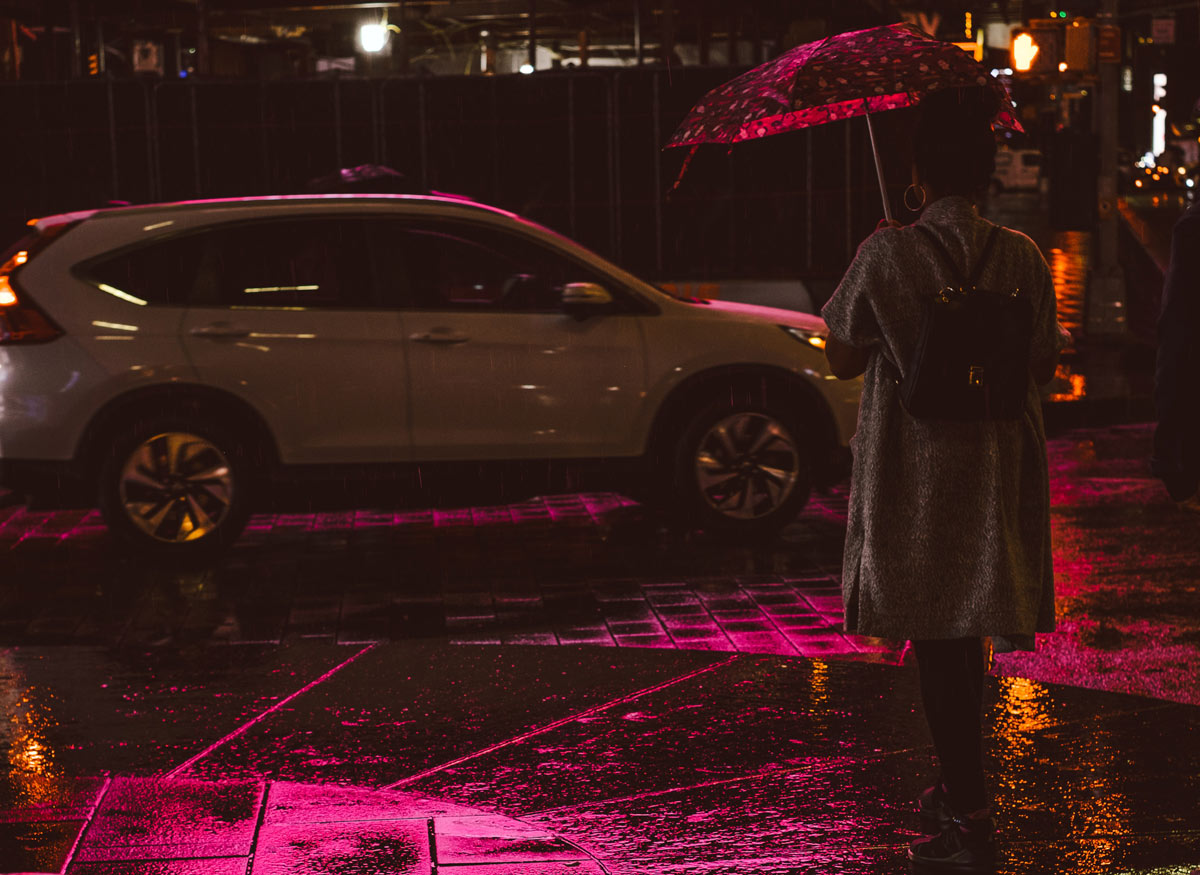 Like many women in the UK right now, I’ve been unable to stop myself from thinking about the disappearance of Sarah Everard in London, Clapham last week. To know that a woman guilty of nothing but travelling home and doing everything she could at the time to protect herself from any sort of violence has gone missing, is terrifying.

The reason this tragedy has made us so collectively sick to our stomach is that there is not a single woman who hasn’t lived that walk home. Over the past few days, I’ve read of women sharing fearful experiences, recalling forms of harassment and suggesting ways in which men can help them feel safer on the streets. All of which reminds us of the dark, horrific truth; as women, we are not safe. What’s worse, is that we have all downplayed our experiences in the past to make others feel more comfortable because ‘it wasn’t that bad’.

The fake phone calls, fast-walking, checking over your shoulder, clenching your fists and avoiding anything that might draw attention to your existence is a gut-wrenching reality. To hear that anyone would dare use the phrase ‘#NotAllMen’ in jumping to their own defence when 97 per cent of women between the ages of 18 and 24 have been sexually harassed makes my skin crawl. No, not all men are like this—but every single fucking woman has come face to face with men that are.

The 97 per cent figure released by The Guardian, unfortunately, didn’t come as a shock. I alone cannot think of any female I know who hasn’t experienced some form of harassment; the ‘he’s just a bit weird when he’s drunk’ guy, the arse-grabber in dark nightclubs, the guy staring on the tube, the wolf-whistler, the leering in ‘give us a smile’ bloke, the groups of men that shamelessly gawp at your body from head to toe when you walk past. So no, not all men—but all men can see what these men are doing.

What makes the phrase ‘not all men’ particularly difficult to deal with, is the respondents’ inability to consider for one moment that this isn’t about them. Do people realise how insensitive it is to draw attention away from a conversation about women being sexually harassed, raped and killed and make this about themselves?

If a black person talks to me about racism, I owe it to them, myself and the world to listen to what they are saying—rather than immediately shutting down a conversation through my own embarrassment or insecurity. The same rule should apply to any person who has experienced something that you haven’t, you don’t speak, you listen. Do we really have to remind ourselves to respect the voices of other people and not our own?

Where is the willingness to learn? Where is the acknowledgement of ‘this must be a really shit position for women, I wonder how I can educate myself and contribute to making this better?’. If you are the man you claim to be, then why haven’t you done this already?

The real problem lies deep within the roots of our society, with a majority of men having grown accustomed to believe that misogynistic behaviour, snide remarks and derogatory undertones are the normal standards of behaviour. If Piers Morgan gets away with such comments on Good Morning Britain, then why shouldn’t viewers think this is acceptable? I can think of more times than not when I’ve experienced the unfolding of an uncomfortable situation, and guess what, no men stood up for me!

As I delve further into this topic, a more painful reality of why so little men are speaking up has started to sink in. As always, it is far easier to ignore an inconvenient truth than it is to question your own behaviour and consider how your actions (or lack of actions) contribute to a wider problem for women. For any man reading this who doesn’t know what they should be doing to help women feel safer on a daily basis then ask me. Ask your friends, your sisters, your mothers. Your silence on this will be deafening. 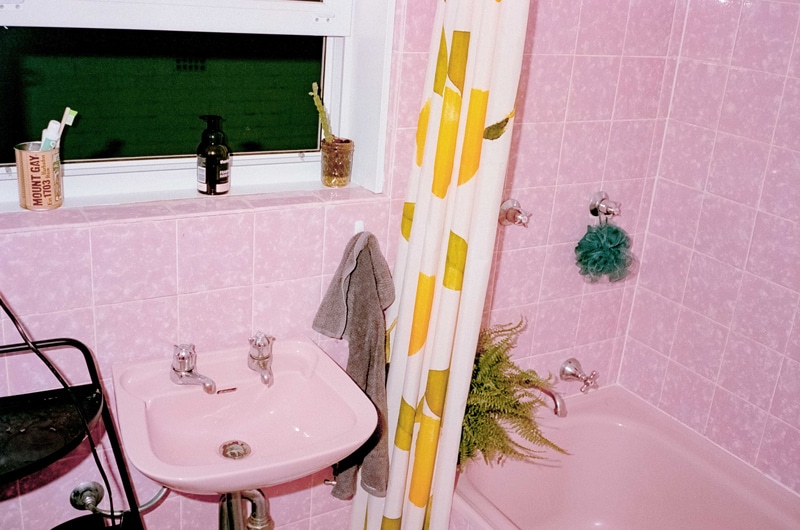 Chayn, the survivor-led platform that empowers women in abusive relationships

When I was growing up I had a friend who was a victim of domestic violence—first from her father and later from her boyfriend. It seemed as though she could not escape this cycle of abuse that was inflicted on her by those with whom she shared a life. She was young and struggled to break up with the partner who was hurting her, and I, as her closest friend, often felt powerless and incapable of helping. Throughout the years, I met more women going through similar situations, and each time I felt like I didn’t have the tools to support them while they felt like there was no one they could reach out to for help.

Hera Hussain, founder of the open-source organisation Chayn, went through a similar experience: after seeing two friends struggling to flee their abusive marriages due to the lack of information and support networks, she founded Chayn in 2013, a global volunteer network addressing gender-based violence by creating intersectional survivor-led resources online. Since then, the organisation has served as an online guide for women on how to build domestic-abuse cases without a lawyer and to recognise and deal with the symptoms of a toxic relationship.

“We’ve found that in most contexts Chayn operates in, the very architecture of information is biased because it is written from a male perspective. Basic information on divorce and child custody laws are missing in many countries, and if found, it is often riddled with bad information.” Hussain told Screen Shot when asked about the premise of the project. By using open-source knowledge, Chayn is filling a gap—it now reaches and empowers vulnerable women who may not leave the house very often, but will likely have a smartphone with internet access.

The project provides guides translated in multiple languages, uploaded by domestic violence survivors and volunteers from across the world. It also uses GIFs, catchy graphics, podcasts, op-eds, and even a chatbot. “We help women find information to answer questions such as, ‘How do I get divorced?’, ‘What are my rights under the child custody laws in my country?’, ‘Am I depressed?’, ‘Do I have anxiety?’, and ‘Do I have PTSD?’ to questions like ‘How can I build up my CV?’.” Hussain explained to us that the aim of Chayn is to turn firsthand experiences into empowering knowledge that could eventually provide other abused women with psychological, cultural, and legal support. Building an inclusive technology is pivotal for Hussain, as it allows—regardless of education, class and race backgrounds—an increasing number of women to crowd-source knowledge on domestic violence and collaborate on the creation of a platform whose informative resources work under Creative Common (CC) licenses.

Despite the various successes of the platform, which has reached over 200 thousand people since its start, not everyone agrees on the reliability of the volunteer-run network. According to Hussain, numerous people (mainly men), have criticised the project because it provides non-professional advice on sensitive and complex matters. But the positive response that Chayn is receiving clearly shows the shift in direction when it comes to the distribution of knowledge on gender-based violence worldwide. 70 percent of the 400 volunteers who are currently contributing to the organisation are survivors of violence themselves, thus confirming that the platform is generating measurable benefits to the people who sought help.

When asked about the potential of the internet and technology in supporting women, Hera is far from being naive but sees the potential of the web in giving power back to those who need it the most. “The online world presents women with both obstacles and new opportunities. As the gap in access decreases, women are demanding their place as both creators and consumers of tech. With the chance to reach a wide audience on a shoestring budget, tech enables women to understand what is happening to them and what to do about it. From finding sources of help to escape abuse, tackle mental health issues, find refuge to educate themselves and finding ways to earn money—there is no limit to how we can use the appropriate technology to enable women to become creators of their own fate.”

As Hera told Screen Shot, Chayn is currently starting to build a salaried team and making the transition from a volunteer-run organisation to a hybrid model able to support the ambitions of its community. It is also about to launch another digital service called Soul Medicine, which will enable women to sign up to receive bite-sized versions of its content at a time that is safe and convenient for them.

Chayn recognises that in order to overcome the emotional attachment and the complex psychological dynamics that are inevitably linked to toxic and abusive relationships—and to eventually secure a long-term separation from a violent partner—it is necessary to have access to legal and psychological knowledge, as well as a support system. As I witness this digital-based project grow I can’t help but realise how much a platform like Chayn could have helped me and my friend a few years ago, by showing her how to navigate a situation that was way too complex to overcome alone. For this reason and many more, I am thankful that Chayn is now out there.