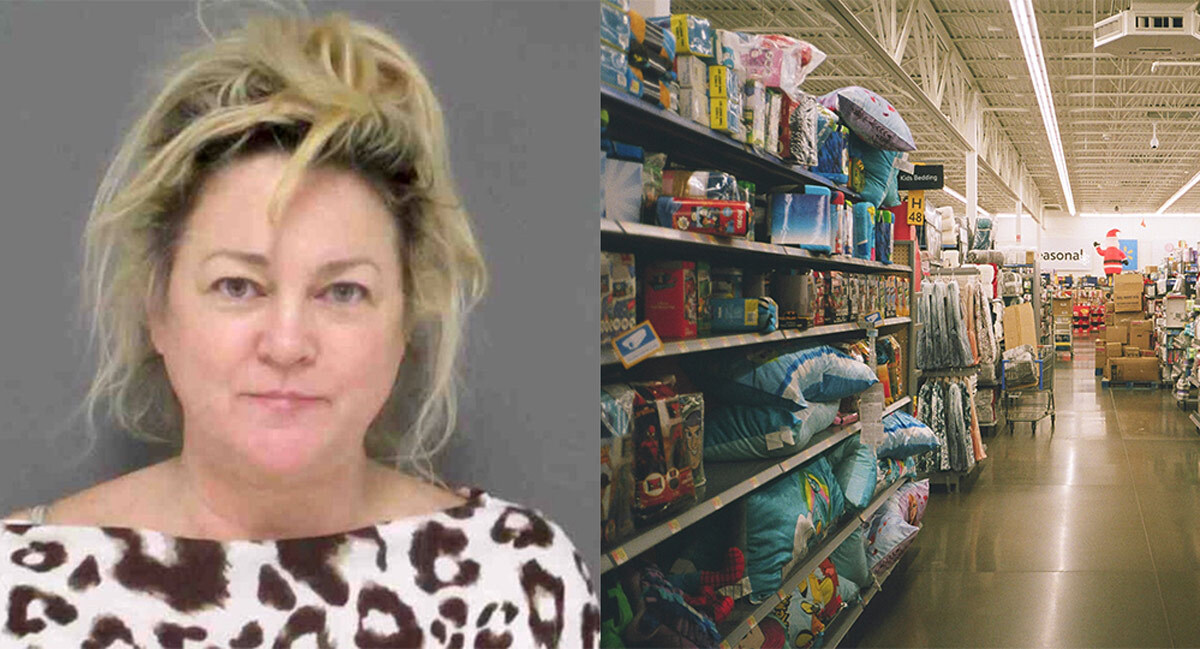 Texas woman arrested for trying to buy a baby in Walmart for $500,000

None of us are strangers to incredibly cute babies and the desire to pinch their chubby cheeks and steal them away. Well, in recent news, a woman based in Texas literally tried to do just that—in Walmart no less. Every parent’s worst fear of their child being snatched was narrowly avoided but not before she offered up to $500,000 (£370,912) for the one-year-old simply “because she wanted him.”

That’s right folks, cradle-robbing in the literal sense has made the news. On 13 January, 49-year-old Rebecca Lanette Taylor allegedly tried to “purchase” an infant from his mother while they were queuing up in Walmart. Taylor claimed the child was the “perfect fit” and wanted to buy him with cash from her car. The mother, who remains unnamed, had her son, whom Taylor tried to buy, in the shopping trolley while her other baby was in a car seat.

The Independent covered the story and noted that the woman from Crockett told the mother, who was waiting with her infant son and baby, that she admired the boy’s “blonde hair and blue eyes.” Taylor then proceeded to ask the very disturbing question of how much she could buy him off his mother for.

The police affidavit unveiled more on this bizarre baby snatch situation. Obtained by local news site The Messenger, the mother initially tried to laugh the comment off assuming the woman was merely joking. I mean, there’s no harm in jokingly saying that you’d love to take a cute kid, right? Of course not. It comes with the coochie-coos, the baby voice and the endless stream of compliments when running into an adorable family.

What the mother did not expect was for Taylor to be deadly serious about her inquiry. Taylor triggered the mother’s caution when naming her first price of $250,000 (£185,456) which she was prepared to pay upfront for the child—in cash. Taylor stated that she had the money ready in her car and had been waiting for an opportunity like this “for a long time,” according to The Independent.

Obviously, being asked to sell your child to a random stranger didn’t go down too well with the mother. She responded that “no amount of money would do,” and desperately tried to get her child far away from Taylor.

But Taylor was persistent in her pursuit of bagging the boy. It was at this time that a second unidentified woman approached the boy’s mother and asked more questions about him, such as his name.

Despite the mother’s refusal to answer their questions, Taylor and the other woman somehow found out the boy’s name and began calling for him.

According to police, the mother waited for both women to leave the store, but was confronted and cornered outside once she left the store trying to get to her car. “Once in the parking lot Taylor began screaming at (the mum), saying if she wouldn’t take $250,000 for him, then she would give her $500,000 because she wanted him and she was going to take him,” the affidavit detailed.

The mother locked herself and her two young children in her car to avoid the two women’s heckling. Taylor refused to give up, standing behind a black SUV next to the mother’s vehicle and continued to offer money for the child. She repeatedly stated her want to purchase him and upped her bounty to $500,000.

Eventually though, Taylor left the scene in the SUV.

Police reviewed Walmart’s CCTV footage and Crockett Police Department lieutenant Ahleea Price said it corroborated the mother’s claims and recollection of the event. They tracked down Taylor’s address in order to speak to her.

Taylor spoke to an officer and stated that she “doesn’t like thieves,” in the words of the affidavit. According to the police document the Texas woman’s hostile behaviour  continued, “Then she stated I could speak with her attorney and to get off her ‘precipice.’ She slammed the door shut.”

After obtaining a warrant, police arrested Taylor who was taken into custody on 18 January and charged with a third-degree felony for the sale or purchase of a child. Her bail total amounted to $50,000. Taylor was reportedly released from Houston County Jail on bond on 20 January, but could face a sentence of up to ten years in prison if found guilty. 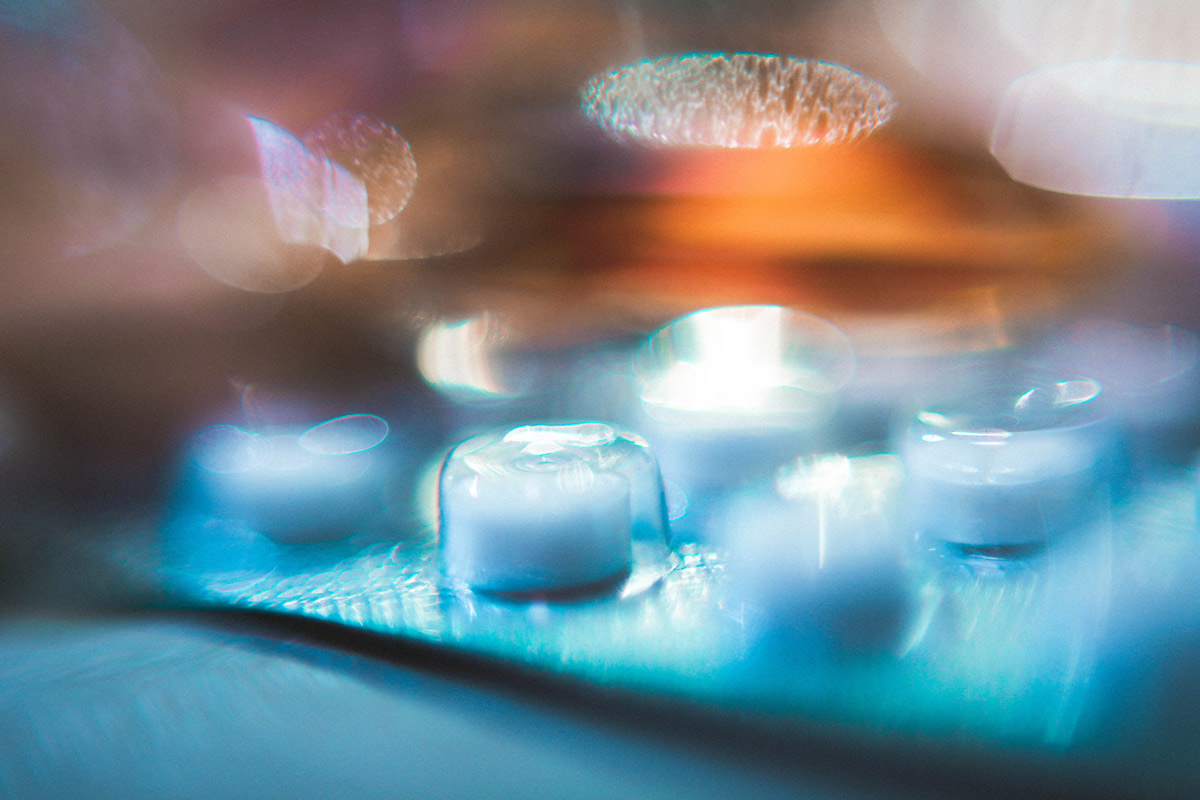 The real US opioid crisis criminals: CVS, Walgreens and Walmart are sued for their roles

In 2017, more people in the US died from overdoses involving opioids than from HIV- or AIDS-related illnesses at the peak of the AIDS epidemic. In 2019, 70,630 drug overdose deaths occurred in the country, 70.6 per cent of which involved opioids—mainly synthetic opioids (other than the heroin substitute methadone)—as reported by the Centers for Disease Control and Prevention (CDC). In 2020, opioids alone killed 74,000 Americans as overdoses almost doubled. While the opioid crisis in the US is officially recorded to have started in the late 90s—which is in fact the first time US politicians finally admitted the country had an alarming problem following the laid groundwork for the crisis in the 80s—it’s clear to see that the epidemic is still creeping its way across the nation, deadlier than ever. A sad reality that was blamed on the victims themselves, and not anyone else. Until now.

On Tuesday 23 November 2021, US drug store giants CVS, Walgreens, and Walmart were found liable by a federal jury in Cleveland for contributing to the US opioid epidemic by distributing millions of pain pills in two Ohio counties. It marks the very first time that pharmacy companies have faced legal consequences for their role in the public health crisis.

The jurors concluded that the pharmacy chains created a public nuisance by over-distributing painkillers in Trumbull and Lake counties in northeast Ohio, which in turn led to an oversupply of addictive pills that ended up on the black market. Two other pharmacy chains—Rite Aid and Giant Eagle—have already settled lawsuits with the counties.

The scale of compensation, to be paid to the two counties, will be decided at a future hearing. In the meantime, CVS and Walgreen have already said they will appeal against the judgement while Walmart, which also contested the cases, did not immediately comment.

“Local and state governments say the painkiller epidemic put huge strain on their resources as they tried to tackle it through social programmes and the legal system,” wrote the BBC when reporting on the news. “There are around 3,300 other cases being brought in an attempt to recoup some of those costs from firms that profited from the sales of the painkillers,” it continued.

How system vulnerability led to this epidemic

While opioid addiction is not a new phenomenon in the US, it never had such a marked impact on the nation as a whole before. After pain increasingly became recognised as a problem that required adequate treatment, states began to pass intractable pain treatment acts, which removed the threat of prosecution for physicians who treated their patients’ pain aggressively with controlled substances.

That being said, at the time, opioids were prescribed mainly for short-term uses such as pain relief after surgery or for people with advanced cancer or other terminal conditions. Things truly started to go south for Americans once the idea that opioids might be safer and less addictive, than was previously thought, began to take root.

During the mid-90s, pharmaceutical companies introduced new opioid-based products—and, in particular, OxyContin, a sustained-release formulation of a decades-old medication called oxycodone, manufactured by Purdue Pharma—leading prescriptions to surge, and the use of opioids in treating chronic pain to become widespread.

Purdue Pharma, along with other pharmacy companies, promoted their opioid products heavily. “They lobbied lawmakers, sponsored continuing medical-education courses, funded professional and patient organizations and sent representatives to visit individual doctors. During all of these activities, they emphasized the safety, efficacy and low potential for addiction of prescription opioids,” reported the scientific journal Nature.

What’s worse is that we now know that opioids aren’t particularly effective for treating chronic pain—with long-term use, people can develop tolerance to the drugs and even become more sensitive to pain. As for the claim that OxyContin was less addictive than other opioid painkillers… You can guess how unfortunately untrue that was.

Of course, neither doctors nor patients were aware of any of that at the time. As if that wasn’t enough, the very structure of the healthcare system in the US also contributed to the overprescription of opioids. Because many doctors are in private practice, they can benefit financially by increasing the volume of patients that they see, as well as by ensuring patient satisfaction, therein lies the incentivisation problem of overprescribing pain medication. Oh, and prescription opioids are also cheap in the short term.

That’s why most European countries, where doctors aren’t motivated financially to make prescriptions, have so far been shielded from the opioid crisis. Last but not least, when initially marketing its OxyContin drug, Purdue Pharma focused on suburban and rural white communities—taking advantage of the prevailing image of a drug addict as an African-American or Hispanic person who lived in the inner city to head off potential concerns about addiction. The company targeted doctors who were “serving patients that were not thought to be at risk for addiction,” Helena Hansen, an anthropologist and psychiatrist at NYU Langone Health in New York City, told Nature. “There was a definite racial subtext to that.”

The hardest-hit communities can be found in the US states of West Virginia, Kentucky, New Hampshire and Ohio, which brings us back to the recent news surrounding drug stores. As reported by Quartz, attorneys for the counties cited government data which indicated that roughly 80 million painkillers were dispensed in Trumbull County between 2012 and 2016, equivalent to 400 per resident. In the same period, 61 million pills were distributed in Lake County.

“These pharmacy chains distributed mass amounts of opiates in these counties over the last 20 years,” Mark Lanier, CEO at Lanier Law Firm and an attorney for the counties, told the publication in an email. “They failed to follow the legal requirements of exercising a responsibility that corresponds under the law to that of prescribers,” and in turn caused the counties “needless deaths, irreparable injuries, and unnecessary suffering.”

Understandably, lawyers representing the pharmacies not only denied that the companies had much control over the flow of pills that was coming into these communities, but also said that the blame lay instead with other players including drug manufacturers, doctors, and regulators. A half fair point if you ask me.

Lawyers for the two Ohio counties said the costs are potentially $1 billion for each county, to cover social and legal expenses related to the impact of the opioid epidemic. Other cases around the country are relying on the ‘public nuisance’ argument to target the companies involved in making and distributing the opioid painkillers, meaning this upcoming verdict will set a precedent for future cases. While we remain hopeful that CVS, Walgreens, and Walmart will receive the verdict they deserve, earlier this month, courts in Oklahoma and California rejected that same argument as a legal argument in cases against drug makers.