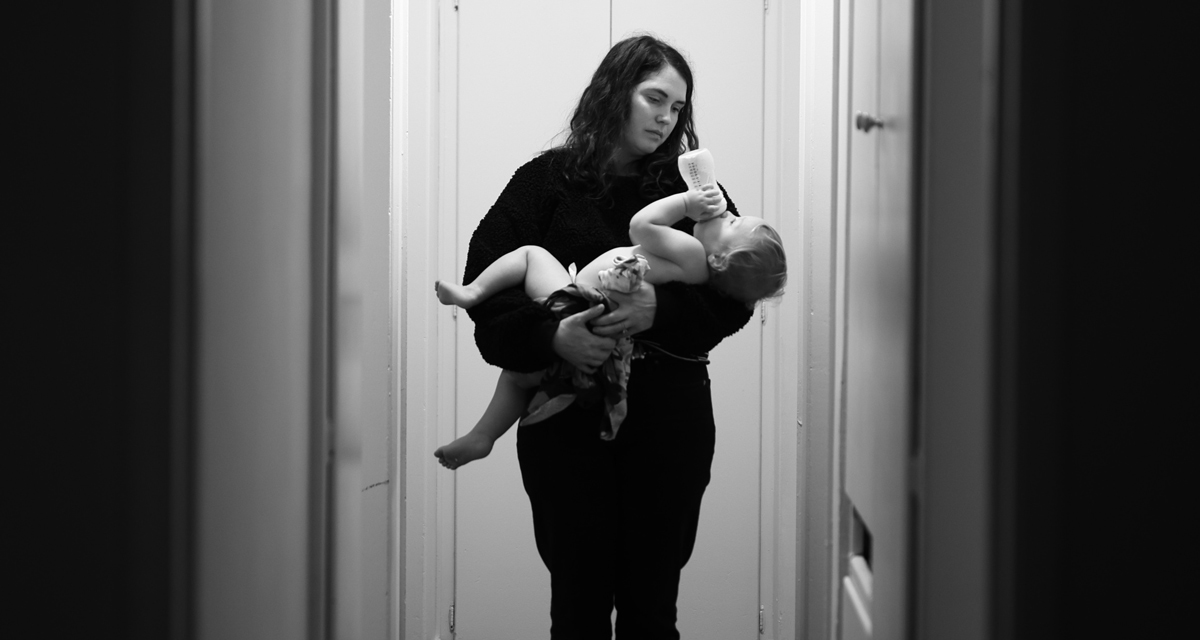 Nearly half of new mums think about harming their baby, research reveals

What are some of the most common pieces of advice you’ve heard being tossed around to newbie parents? ‘Cherish every moment because babies grow up fast’? Or maybe ‘Always trust your gut’? How about ‘At some point, you’re going to imagine throwing your baby against the wall. Don’t do it’?

Let’s be honest here, we’re raised in a culture that portrays parenting as a magical experience, but the reality is a lot more stressful and concerning. Parenthood comes with a load of confusion, zero sleep, random diaper blowouts, constant wailing and your own hormones on a perpetual rollercoaster themselves. This may induce negative or even violent thoughts like: What if I drop the baby from the staircase? What if I drive off the road with them?

Believe it or not, a vast majority of parents experience such unwanted intrusive thoughts (UITs). Now, Doctor Nichole Fairbrother, psychologist and clinical associate professor at the UBC Island Medical Program, has concluded the statistics on the natural phenomenon with her colleagues.

In the study, researchers conducted phone interviews with new mothers from across Canada at both nine and 21 weeks postpartum. They then used a semi-structured interview protocol, called the Postpartum Intrusions Interview (PII), to assess their mental health and the prevalence of UITs. The categories included thoughts, impulses or images that pop into the participants’ minds.

Out of the 340 newbie mothers interviewed, 151 (about 44 per cent) reported experiencing thoughts of intentionally harming their babies. “These findings are not an anomaly,” Big Think went on to explain. “They are consistent with prior research estimating that between 20 per cent and 50 per cent of new mothers and fathers experience intrusive thoughts of intentionally harming their newborns.” Say what?

So, should we actually be worried about the safety of newborns when they’re in the hands of their own parents? To analyse if UITs translate into physical harm, Fairbrother and her team subjected participants to a questionnaire that included lists of physical aggression like shaking, hitting, spanking, burning and choking their infant.

To encourage complete disclosure, the newbie mothers were repeatedly informed that their answers would be kept anonymous. “We went to great lengths to ensure that maternal reports of aggression towards their infant could be reported anonymously and that our participants knew this,” Fairbrother noted. “Even the researchers [themselves] were unable to go back and link reports of maternal aggression to the participant’s identity.”

The verdict? Out of the 151 women who reported having thoughts of intentional harm, only four (2.6 per cent) admitted to actually behaving aggressively towards their newborn. The same rate among the rest 189 participants stood at 3.2 per cent, where six mothers reported having thoughts of intentional physical harm, even though they didn’t have UITs. Simply put, thoughts don’t always lead to actions.

One case where UITs did result in aggression involved 35-year-old nurse anaesthetist and mother of two, Krista Noelle Madden. On 8 May 2019, Madden called the police and reported that she and her infant daughter had been kidnapped from their upscale neighbourhood by two masked strangers. While the mother managed to escape, she said that the kidnappers still had her newborn baby.

However, the investigation took a wild turn when seven-week-old Shaylie was found bruised but alive—dumped about 30 feet down a steep ravine. Authorities later confirmed that Madden herself had thrown the baby over the edge.

After the mother was charged with first-degree attempted murder, the public swiftly flooded Madden’s Facebook page with comments labelling her “demonic” and threatening her to be tortured and killed. But Madden’s attorney pointed out how the mother was a victim after all, not of masked kidnappers perhaps, but of her own mind. While Madden was transferred to a specialty psychiatric facility in Chapel Hill, the publicised case sparked conversation about the severe mental health conditions that most mothers face, but know dangerously little about.

While Fairbrother and her team are currently conducting a large-scale replication study by enrolling thousands of new mothers, it should be noted that UITs tend to arise in almost every emotional situation that elicits frustration or fear. “Say, for example, that you are afraid of flying. When boarding an aeroplane, then you might imagine every terrible thing that could happen,” Big Think mentioned, adding how the key here is to avoid worrying and obsessing over these thoughts. “If you are a new parent experiencing thoughts of harming your infant, you probably do not need to worry about your child. Instead, give yourself a break and take care of your own wellbeing.”

Fairbrother additionally noted how our society often puts parenthood and infant safety on a pedestal, in turn, making such topics taboo. “As a result, parents can feel very afraid that these thoughts mean something terrible about them,” she explained. “Our findings should be a relief to many.” 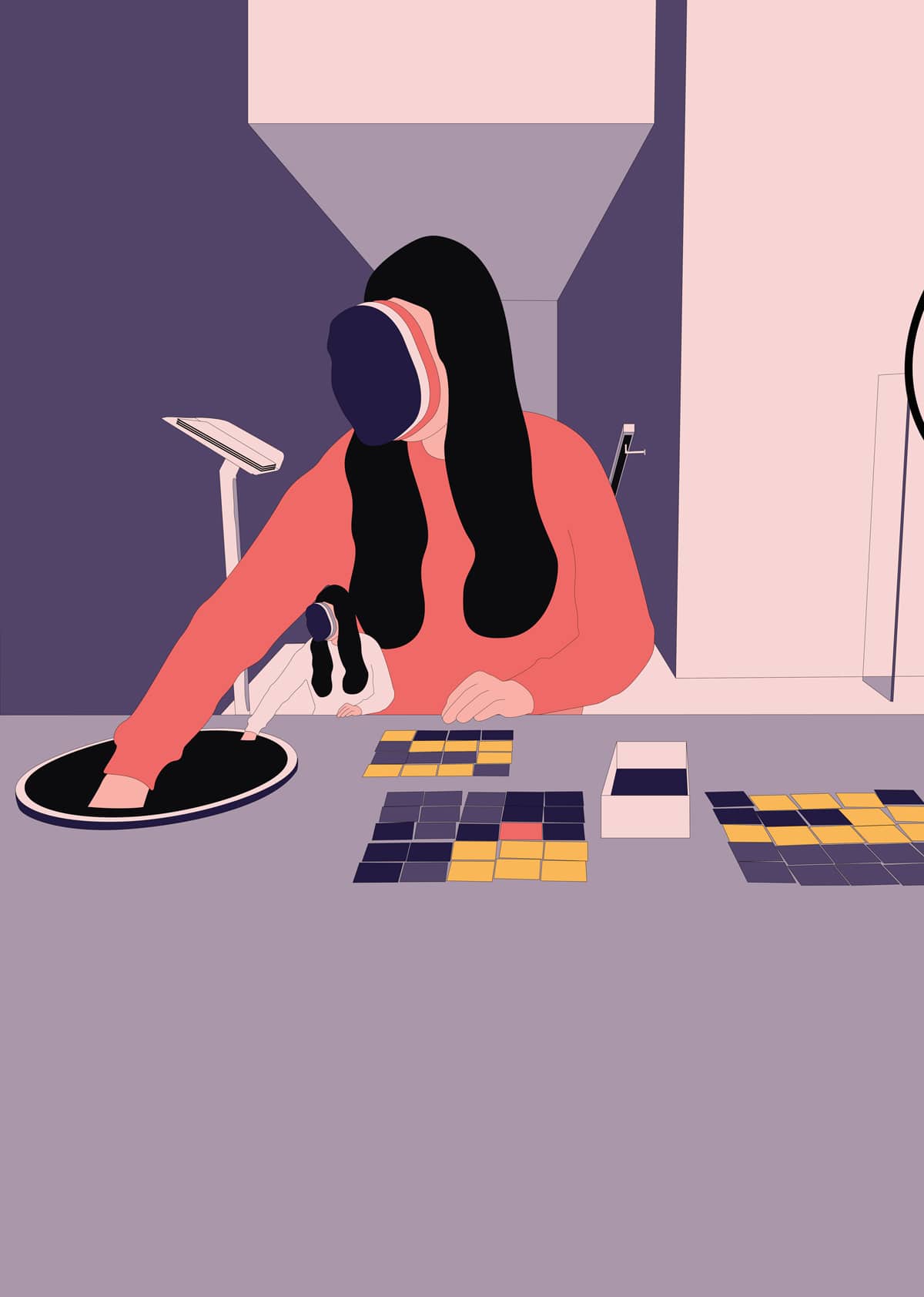 The luxury of human interaction: parents need be worried

An emerging trend in the affluent bay-area communities amongst things like Soulcycle, and Kombucha, is directed at their children. The trend: reverting back to play-based preschools, with a focus on restriction or even complete elimination of technology. This trend seems to be extending all the way into the homes of these well-off families, including many C-Suite techies and “big-3” engineers attempting to protect their children from the perils of technology.

Up until recently, a common narrative when looking at the technology gap amongst youth was for those in low-income communities and their disadvantages due to too little technological resources. The fear was that these children would be left behind while well off-techy families would be gracing their children will all the skills they could ever need in our hyper-technological world. This still holds true in many ways. There’s a clear understanding that the gap in wealth equates to huge disadvantages in terms of future education and health amongst other things. In terms of technology in the United States, it’s estimated that 7 in 10 teachers assign homework online, even though one third of students (K-12) are unable to go online from their own homes.

An interesting solution for mitigating inequality in terms of access to technology arose in Utah—with the birth of the online pre-schools. The taxpayer-funded programme helped around 10,000 children across the state to learn and stay engaged via their own laptops. Not only is this programme a cheaper alternative to the more traditional preschools, but it offers a unique alternative to those children in remote parts of the state. The trade-off? Any real social or emotional learning experiences that students would develop from being in a physical pre-school. Technology, in this case, can provide a huge opportunity for those unable to attend physical pre-schools, but is it a viable option for those in less extreme cases? Unfortunately, for the time being, it seems unlikely. In Maine, a programme began that guaranteed a tablet for each student within its school system and according to NPR, while the investment in this programme cost $12 million, the state “has yet to see any measurable increases on statewide standardized test sources.” So with no real benefits yet, why else is there a trend for the rich to move away from technology?

A new narrative is emerging, one disclosing the factual issues behind increased screen time. Higher screen time has been proven to have many downsides, especially for children during their key years of development. More screen time is linked to higher rates of mental illness, increased risk of obesity and has been proven to have negative effects on a child’s ability to understand social cues which are nonverbal. Taking that into account, it’s important to understand that according to a 2011 study by researchers at Northwestern University, it’s become evident that minorities are constantly using their screens more than their white peers. It stated that Hispanic and black children watched on average 50 percent more TV than their white peers, while also using computers for up to a total of an hour and a half longer daily.

What’s almost most worrisome is that industry tycoons themselves are taking extreme measures to limit technology within their own homes. Tim Cook wouldn’t let his nephew join social media networks and Bill Gates banned cellphones with his own children until they were teenagers. Another warning bell rings from a group called Truth About Tech, comprised of former Google and Facebook employees whose sole focus is to push tech companies to make their products less addictive for the millions of children using them. Athena Chavarria, who heads Zuckerberg’s philanthropic foundation, the Chan Zuckerberg Initiative stated, “I am convinced the devil lives in our phones and is wreaking havoc on our children.” All of this leaves one with a very ominous feeling. What are they aware of that we aren’t? Why aren’t we as fearful as those heading these technological advancements?

The real problem is that for legislators, political figures, teachers and even parents, technology is sometimes a lovely and blindingly all-too-easy-solution. A solution for managing one’s children, a solution for quick or relevant homework assignments, a solution that addresses many of the problems that exist in the modern day world. As with most things though, the answer to real lasting changes and results is almost never simple and our ignorance in recognising this truth will have potentially horrible results on millions on children around the world for years to come. This is of course unless they’re lucky enough to afford the luxury of human connection, hawk-parents with tech-restrictions and trendy “throwback” daycares.