Should you trust your gut, even if you thought it was lying to you? – Screen Shot
Deep Dives Level Up Newsletters Saved Articles Challenges 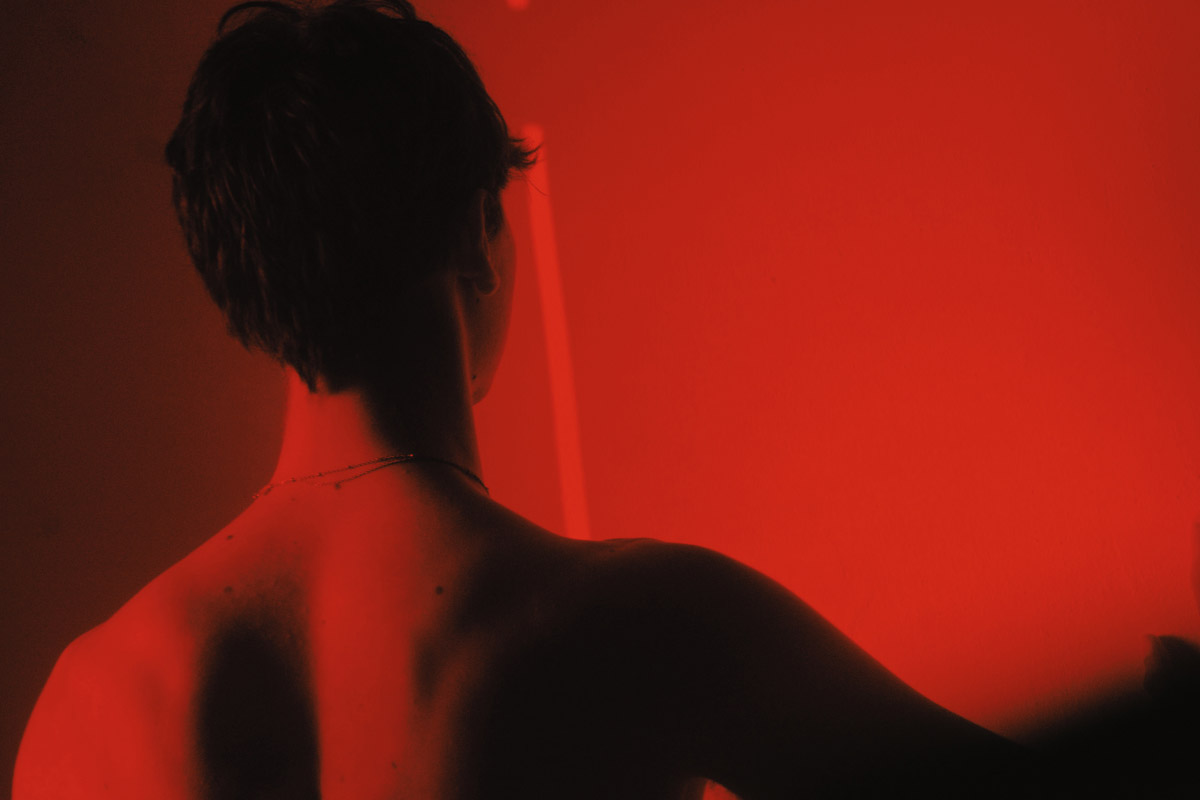 Should you trust your gut, even if you thought it was lying to you?

Have you ever just known something, without reason or advice? This feeling is sometimes called an ‘inner compass’, ‘sixth sense’, ‘gut feeling’, and other times: it’s probably paranoia. Whichever way you look at it, sceptically or not—every single one of us reading this will have experienced a moment when we were faced with options (subconscious or conscious), and immediately knew which to choose. Because of intuition’s intangibility, it’s a pretty tough thing to study, and yet, it’s impossible not to. After all, truth is alluring—it’s almost sexy. We lust for it like we do for self validation, and it’s why we’re here today.

Let’s start by saying that gut feelings are not magic, they are not delusions and they probably aren’t your rite of passage being laid out before you. They are, on the other hand, complex memories crossed with instinct and remarkably hidden consequence, or luck. Intuition is, unsurprisingly, a popular topic among philosophers and psychologists, and it generally refers to a brain process that gives people the ability to make decisions without the use of analytical reasoning. But what on Earth has the gut got to do with intuition, and why does it literally feel like your tummy, of all things, is telling you to go ‘left, left, I said quick go left!’ then?

A study led by Melanie Maya Kaelberer, medical instructor at Duke university, along with a team of other researchers looked at mice to determine how the stomach communicated with the brain. Historically, it has been believed that the stomach communicated with the brain indirectly, typically through something called neuropeptide signaling. Peptides are a class of protein-like molecules, and neuropeptides, made in the brain, consist of short chains of amino acids—some of these function as neurotransmitters, and some as hormones. However, thanks to history being a thing of the past, we  now understand that our stomach and brain communicate much more directly. In a nuanced, and complicated way nonetheless.

The study proves gut signals are transmitted at epithelial neural synapses through the release of serotonin. To speak in English, serotonin is a neurotransmitter, which is a chemical that is released when a signal arrives from somewhere else in the body and acts as a bridge for the signal to move from one neuron to another. In other words, this means that the gut has fat chats with your noggin all day long, and if you aren’t eavesdropping, you wouldn’t know it.

It’s a continuous feedback loop, and it’s actually a tool. Imagine making the biggest decision of your life (so far) and asking yourself, ‘what does my gut tell me?’. If you’re one to meticulously weigh up your options, calculate potential outcomes, obsess over what ifs until you end up only ever making the first move on plan G, instead of plan A, then you’re like me. But even I can see that there is something to be said for not solely making purely rational decisions.

For example: we’ve all come across something or someone that ‘we couldn’t quite put our finger on’, or something didn’t ‘sit’ right, but you trust it anyway—because the stats add up, odds are that trusting this thing or person is the right thing to do, because you’ve thoroughly weighed up the statistics. There’s no hard evidence to distrust this thing or person. It’s a safe bet, on paper. So, you forget about any niggling doubts from the beginning, and so you forge ahead. Then a while goes by, and pfft, a thorn has punctured your rolling ball. The thorn ends up being the niggle from right at the beginning, that you now wished you would’ve listened to.

We have trained ourselves, or should I say rather that western society has, to ignore most of what our intuition tells us—how could we possibly trust something that isn’t hard, scientific, data? According to Doctor Judith Orloff, MD, Assistant Clinical Professor of Psychiatry at UCLA and author of Guide To Intuitive Health and The Empath’s Survival Guide, scientists believe that intuition operates through the entire right side of the brain (which is thought to be the more ‘creative’ side), the brain’s hippocampus (which is associated with learning and where new memories are formed) and down through our gut.

In women, the connective white matter that connects our left and right brain hemispheres together is thicker than men’s, which effectively gives us better ability to access each hemisphere—and to further integrate our emotion and gut feelings with the more logical left hemisphere. Basically, women’s brains are wired for rapid intuitive decision making. Culturally, women have been given more permission to be in touch with their feelings, but thankfully, that is changing. However, that being said, Doctor Orloff says that “Because men have a thinner corpus callosum, they are more compartmentalised in their thinking and less about to move back and forth from intuition to logic.”

Research has for a fact shown that intuition exists, and it’s no accident that we use the terms intuition and gut feeling interchangeably—when the neurotransmitters in your gut are firing up, either with ‘butterflies’ or nausea, we’ve got to learn to pay attention. There is such a thing as gaining unconsciously useful information via our brain and body, the gut is often considered our second brain for this reason. The only way to really tap into this tool is to be mindful of it, to question it and to consider its answers carefully. We obviously can’t make every decision by following our gut, but gut instincts, sixth senses, inner compasses or whatever you want to call it, are particularly trustworthy when it comes to intangible rationalisations.

I’ll leave you with one more note: if you ignored your gut, forgive yourself first and foremost. Then if you can, forgive the thorn that came out of that misled decision—and because you can forgive, doesn’t mean that you have to ever trust them again, but it means that your gut won’t be en guard at every new experience, and misleading you out of fear. As it’s been said, the gut is a second brain, it has a memory like the one in our skulls. Forgiving is just another word for untying the knot in your tummy, enabling it to do its job again without expecting every budding plant to have thorns like the last.

Two trends have been leading the headlines of 2018 and will most likely roll well into 2019 too: people’s obsession with their genetic information and the ever-expanding world of online dating. So it does not come as a surprise that the recently published report on the Future of Dating has Romance and Genetics at the top of its future trends list.

The fifth report of its kind made by the online dating site eharmony in collaboration with the Imperial College London reveals the most innovative trends that lie at the intersection of love and technology. While some of the topics listed have been largely discussed throughout 2018, among which is the trending love and sex with robots, some topics have stayed largely underground. For example, full-sensory virtual dating, where users can hold someone’s hand and even smell their fragrance through features in an app. And also, the fad of trying to find the perfect partner by gene matching through the growing use of gene home-testing kits.

That the chemistry between two people could be predicted from body language and character traits has been the subject of endless in-depth research. But in comparison to the premise of gene-matching potential partners, our current insights now seem but a drop in the ocean of what the future of relationships could hold. Personally, I found that the premise of this gene-matching technology doesn’t sit so well with me. Can genetics really justify all of our failed relationships, and in that same breath, successful ones too? What about chance, and compromise and all the other things that come into play when relationships are at stake.

What the report highlights is that with the help of technology, genetics could be used by dating apps to create a genetically perfect match. But it fails to ask the inevitable question—at least for me—which is, do we really want this power? “Major histocompatibility complex (MHC) genes, which regulate our immune systems – and relate to taste and smell – are thought to unconsciously influence mate choice. Evolutionarily speaking, it is ideal to pair up with a partner who possesses different immune genes, to give greater protection to any offspring.” Reads the report. So in theory, the analysis of MHC gene codes can be used by online dating platforms to predict whether users’ online attraction is likely to continue when the couple meets in real life.

Now if this sounds appealing to you, don’t get too excited yet. This type of gene-matching technology is set to take up to five years until it’s fully usable, but the data and the model needed to begin the development of a system of this type are already available. According to the report, by 2025, many matches could be created in laboratories.

So far, algorithms and data have been helping us narrow down the options of possible partners by matching users to people with similar values and interests (and location and hight and favourite songs). Yet what gene matching could do, is to eliminate even further any chances of a wrong match by predicting compatibility at a physical level, and that to me sounds as exciting as it does depressing.

We have been taught, maybe naively, that love is a game of luck, chemistry, and if I’m freely expressing my cynicism, simply being at the right time in the right place. Moreover, I think that there is something emotionally arousing in the feeling of uncertainty that a newborn relationship makes us feel—it keeps us on our toes. I am sure many habitual singles who have been passively jumping from one failing date to another would be more than happy to match with the right one once and for all. But personally, I would still like to give it a risky try, even if it means enduring yet another wrong match and a painful breakup.