We cannot control love, so why do we keep on trying to? – Screen Shot
Deep Dives Level Up Newsletters Saved Articles Challenges 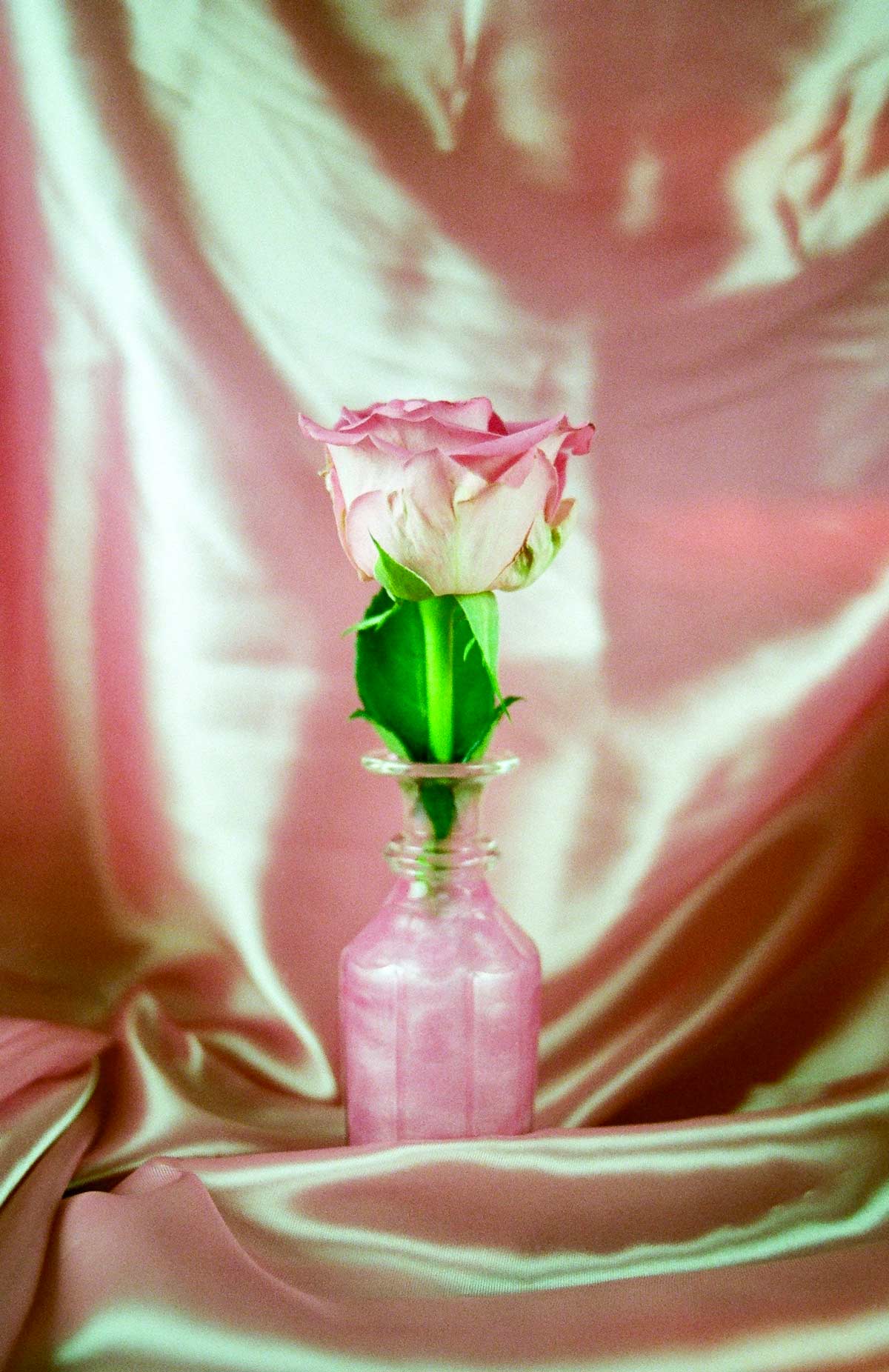 We cannot control love, so why do we keep on trying to?

We cannot control love, so why do we keep on trying to?

When you’re dating one or however many people you’re dating at a time—no judgement here—there’s a point when you realise that (oh dear!) you’ve fallen for one of them. When you’ve reached that point, do yourself a favour and tie yourself to something solid, ear plugs in and draw the eye mask down. Just hold up for a hot minute to catch yourself before you roar ahead. Consider yourself warned. But if, like me, you ignored the alarm bells and strode on oblivious to your irrational behaviour, then this article is for you. Have you ever noticed how much you change when you start falling for someone?

Not only your likes, dislikes and habits change, but sometimes even the way you act whether they’re around or not. Now, I want to start off with full disclosure: as a writer you have to decide whether you’re actually up to the job of leaving your shame, embarrassment and dignity at the door. You better be able to laugh at yourself too, because sometimes you’ll be the only one laughing, and you probably will be more often than not seeing as you spend much of your time alone writing.

We talk so much on paper, and because of this we don’t necessarily have those social cues and filters that we usually tiptoe around in real-life conversations. So much of what we say is truly better left unsaid out loud, but alas, here I am, prepared to scare off any intruders in my single life. What makes me feel safe is that only those who read will know. So I am among friends, if I do say so myself.

After a year of (borderline serial) dating, I have come to the conclusion that actually, I am not ready to date at all. One after another, and another, and another of inflated expectations and deflated realisations, I now know where I, and after speaking to others on the rare to come by social flamboyance, they too, go terribly wrong.

We have all to some extent felt significantly love lost in 2020, and it’s hard to imagine that lockdown began in March and not January. We had three months of gloriously free oblivion, unlimited cocktails, sloppy kisses and closed-eye Uber rides. Then, crunch. With tails between our legs we retreated into our burrows, giving us infinite time to go over those sloppy kisses and dates gone awry. And so, the ‘why did I say or do that’ merry go round commenced. We started to marinade our bad dating decisions with vengeance, but something we also began to do was cling onto them, because in our single, bored and ultimately horney state, the ones that didn’t work out were all we had.

Well, not all we had. Somewhere along the line, you may have dated a goodie, and wondered why a) you didn’t notice that they were or b) they didn’t notice that you were. To jump forward a little bit, there is a reason it didn’t work out so let it go and move on. Waiting only works when it’s reciprocated, and to slap even more realism on it, sometimes even then it doesn’t. Let’s dissect your behaviour from the moment you started to like this person, pre-lockdown, shall we?

As this is before the end of the world as we knew it, our behaviours were hopefully quite ‘normal’. Actually, if you dated a lot, they probably all blurred considerably into one. Same introduction, your self pitch is unintentionally memorised due to a sheer amount of repetition and blurted at full speed to get it out of the way so that you can, phew, finally ask: ‘so, what about you?’. More often than not it’s the same process for your date. If the date went well, you’d hope a second was on the cards. This is when things get interesting, the second is match point. You’ve met the person, you kind of like them, you have an idea of what they like, and don’t. Now, have you ever noticed how their first impressions on you shape how you behave on the second date?

For example, I once dated someone who said they preferred pears to apples. A simple subconscious note I’d taken en route to our next pub stop. The very next day, I found myself reaching for a pear—the very fruit, prior to meeting the handsome chap, I could not bear the taste of. It’s like a cross between a soggy braeburn with the texture of uncooked plantain, oh, and I ate it alright, gobbled it down with a juicy smile on my face.

Another example, we sometimes panic when we know our crush will disagree with our answer to something. I was asked where I’d go in the world if I could leave tomorrow, generally I love this question, but they had already answered first with Tahiti and their dislike of cold and rough around the edges places. Before I knew it an entire array of gobbledygook left my mouth with certainty: “oh lovely! Funny you should say that, an island in the South Pacific archipelago is probably exactly where i’d go too, wouldn’t mind a cocktail by the beach,” when actually, I just really wanted to go to Iran to see the Lut Desert or on a backpacking trip along the Silk Road.

My point is, we tend to act out of character by trying to be what we assume the person we’ve started dating wants us to be, especially if we fancy them. In a way, we are being controlled by wanting to control how someone sees us, so in a sense, we are actually just controlling ourselves.

Similarly to people with OCD in fact, when we start to like someone we have lower levels of serotonin and higher levels of cortisol, which explains why we’re constantly on the cusp of fight or flight. We’re either choosing to face the threat or leave it behind, so in a controlling sense like someone with OCD would do, we find ways to ignore the stressors of flight and instead mimic (dress and act in a way our crush does) to combat our need to leave it behind. That’s why we never really get to know who that person is, nor they us because we are not ourselves.

This distortion of ourselves heightens over all else when we are trying to control someone else’s feelings towards us. So if earlier, you answered b) ‘they didn’t notice that you were a goodie’ then ask yourself again, did you really give them a chance to? 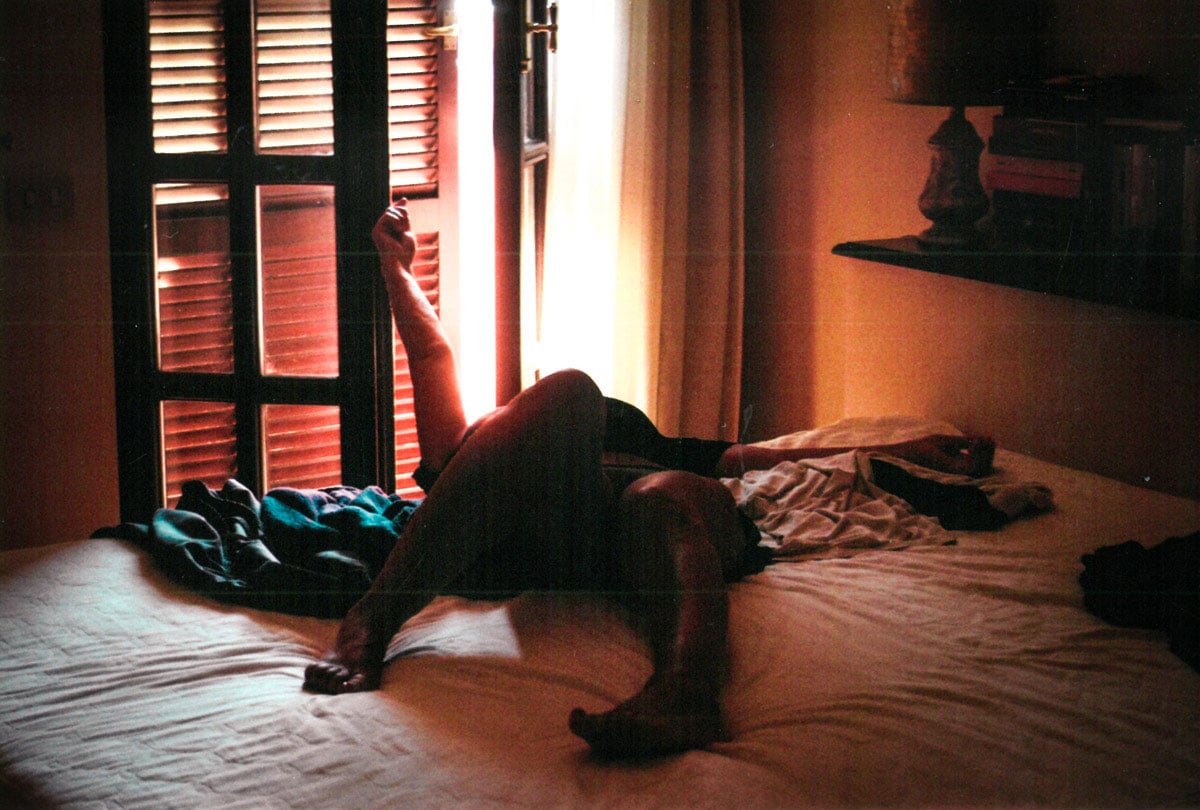 How to get over someone and move on from a breakup

Have you reached that point of despair, where you just can’t kick a former (or never) lover out of your head, or heart—without sounding too cringe? We’ve been there, and it’s not fun. What exactly makes it so hard to move on? And what can you do to make it easier?

How to move on

First of all, do yourself a favour and acknowledge that it’s a pretty rubbish feeling, universally. Because when love is good, it’s really good, and it feels like it’s never going to end. Because why would you invest yourself into something you know will end anyway, right? You want to go for it with all guns blazing, and you want to really love, hard. So when that love suddenly leaves, you have a hole to fill. But the thing is, you don’t—you were whole before and you’re still whole now. The illusion of a hole just needs a little attention, and all you have to do is say ‘hey there, I see you, I feel you and it’s gonna be okay’. Once you’ve acknowledged its presence it wont fight for your attention anymore.

Ways to deal with a breakup

There’s a lot of research out there on how to force yourself to fall out of love, we are not our thoughts unless we let them control us. One researcher, biological anthropologist and TED talk speaker Helen Fisher told NPR that she used a technique called ‘neurofeedback’, which measures brain waves using electroencephalography (EEG) and turns them into visual or audio tones. This essentially means that when you can see or hear what’s going on in your brain, you can effectively train the thoughts that go through it. You can spot those pesky visions that pop up of your ex, and shoo them away.

Fisher observed that by “Understanding how we fall in love on a physiological level doesn’t necessarily mean we can control it, but it does mean we may be able to influence it.”

In her research, she found that when people looked at a picture of the person they love, the hypothalamus was pumping out dopamine. Fisher explains that “at the base of the brain, where your instincts and drives are: hunger, thirst, lust” is the hypothalamus—what Fisher calls the brain’s “dopamine factory.”

“Dopamine is linked with feelings of elation, mood swings, cravings, and obsessive thinking,” she says. “These are all basic traits of romantic love. When you start to fall for someone, everything about them is special. The house they live in, the street they live on, it’s all special to you. They’re dopamine triggers.” So when you break up, little reminders of the person you loved trigger the same dopamine reaction of when you were in love, which makes it harder to move on.

Fisher’s conclusion is that by recognising the patterns your brain is habitual to means that you can force it to focus on other things. Basically, you can fill that illusion of a hole by distracting yourself. Not just by filling your social calendar or picking up a new hobby, but when you find yourself thinking about your ex, recognise it and stop yourself immediately by doing something that requires your concentration. That can be anything, even something mindless—the feeling won’t last forever. Fisher also says that “the attachment eventually reduces. Time does heal the brain.”

If you can’t imminently get enough control over your thoughts (like most of us) use the tech age to your advantage, do what Fisher tells us to do in our brains but instead do it with your external influencers. Social media babe, block the heartache. You don’t need to see what they’re doing.

Another thing to do when getting over an ex, is to remove the blinkers—don’t kid yourself. We too easily remember the good stuff, and ignore the bad, which is why we usually end up pining over a perfect match that in reality, was just not. Allow yourself to see the full picture. That charming, goodlooking, funny, sex pot must have some other sides to them too.

Remind yourself that what’s good for you, sticks with you. If it’s not sticking around, then they just aren’t the right person for you—as much as you wanted them to be, it’s okay that they’re not. Don’t fight it, that just gets in the way of welcoming other good loves. Lose some and win some.

Which brings me to the final phase of moving on, let someone else love you. Let it all begin again, breakups are inevitable, but each time they happen—think of it as the last time, then one day it will be.