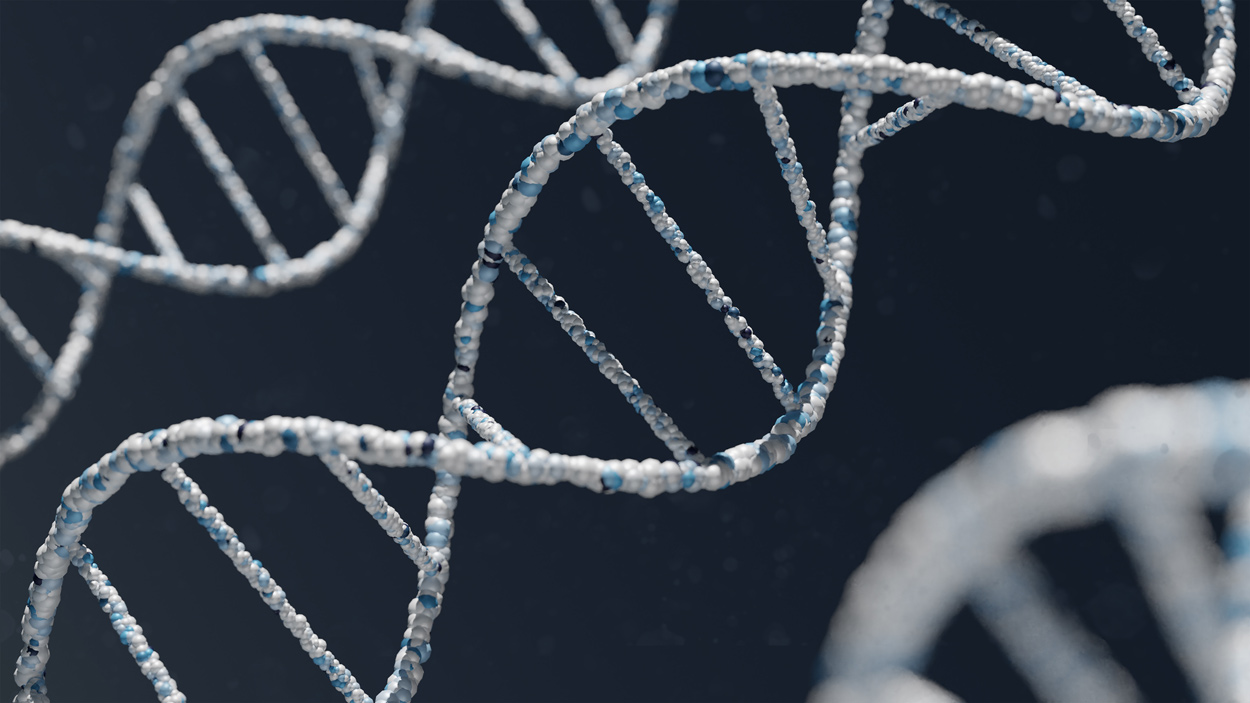 A Canadian police department has recently come under fire after they tweeted a DNA-assisted image of a potential suspect. The computer-generated image was based on a profile of DNA recovered from a victim involved in a sexual assault case from 2019. It depicted a young black man, approximately 25, with short hair and a neutral expression.

According to CBC, the mugshot, released on 4 October 2022 by the Edmonton Police Section (EPS), was produced by Parabon NanoLabs, a forensic genetics company that has been shrouded in controversy ever since it began to facilitate DNA profiling and phenotyping—the activity or process of determining, analysing, or predicting all or part of an organism’s traits.

In 2019, Parabon’s Snapshot tool rose to prominence. The analysis service was developed to help police “provide a comprehensive analysis of someone’s ancestry and a composite facial sketch from a DNA sample,” as stated by Nature.

However, multiple experts in genetics have warned of the racial biases that may be perpetuated through the use of such technology. Sociologist Helena Machado is one such individual, telling Nature, “It might reinforce the idea that there is a higher prevalence of criminality in certain families.”

Speaking on the use of Snapshot, Benedikt Hallgrimsson, head of cell biology and anatomy at the University of Calgary, told The New York Times, it’s “all a bit of science fiction at this point.” “Those of us working in the field in the genetics of facial shape don’t actually know how the company is doing their predictions,” Hallgrímsson went on to tell CBC.

Despite these major concerns, Parabon currently services dozens of police departments around the world, including Calgary, Saskatoon, Sudbury and Windsor. Clearly, law enforcement does not appreciate the serious concerns regarding this controversial technique—or do they?

Within the original post, which featured the DNA-assisted image, the EPS claimed that the tool would be a helpful measure to predict—not identify, just predict—what the criminal suspect might look like, as reported by Futurism.

Racial profiling is not a new problem, and rather than it depreciating in recent years, it has intensified in a number of ways. More aggressive bias-based policing has impacted swathes of people of colour. Only recently, on 5 September 2022, Chris Kaba—an unarmed black man—was fatally shot by the Metropolitan Police department. As of 4 October, it has been confirmed that Kaba was not a suspect before he was shot and killed. Rather, he was pursued by an unmarked police car without lights or sirens, as reported by The Guardian.

Surely a police department would realise the magnitude of releasing such an image, and indeed the problems that could arise for a number of men who may happen to resemble the alleged perpetrator.

Following mass criticism online, the EPS apologised and removed the image from its social media and website—nevertheless, the damage had already been done and many began to question why, knowing the flaws of DNA profiling, law enforcement would use such underdeveloped and problematic technology.

One geneticist, Dr Adam Rutherford, voiced his concerns directly to the EPS tweet, posting: “Geneticist here. You can’t make facial profiles or accurate pigmentation predictions from DNA, and this is dangerous snake oil.”

According to CBC, in a news conference held two days after the initial image was released to the public, Edmonton police chief Dale McFee—while he did support the decision to take down the image—stated, “We have to be very clear that when there’s nothing left [to do], we’ve got to unturn every stone.”

Enyinnah Okere, chief operating officer for the community safety and well-being bureau of EPS, also released a statement to the public: “Any time we use a new technology—especially one that does raise concerns about profiling of a marginalised group—we cannot be careful enough in how we validate these efforts and fully, transparently consider the risks.”

The statement continued: “While the tension I felt over this was very real, I prioritised the investigation—which in this case involved the pursuit of justice for the victim, herself a member of a racialized community, over the potential harm to the black community. This was not an acceptable trade-off and I apologise for this.” 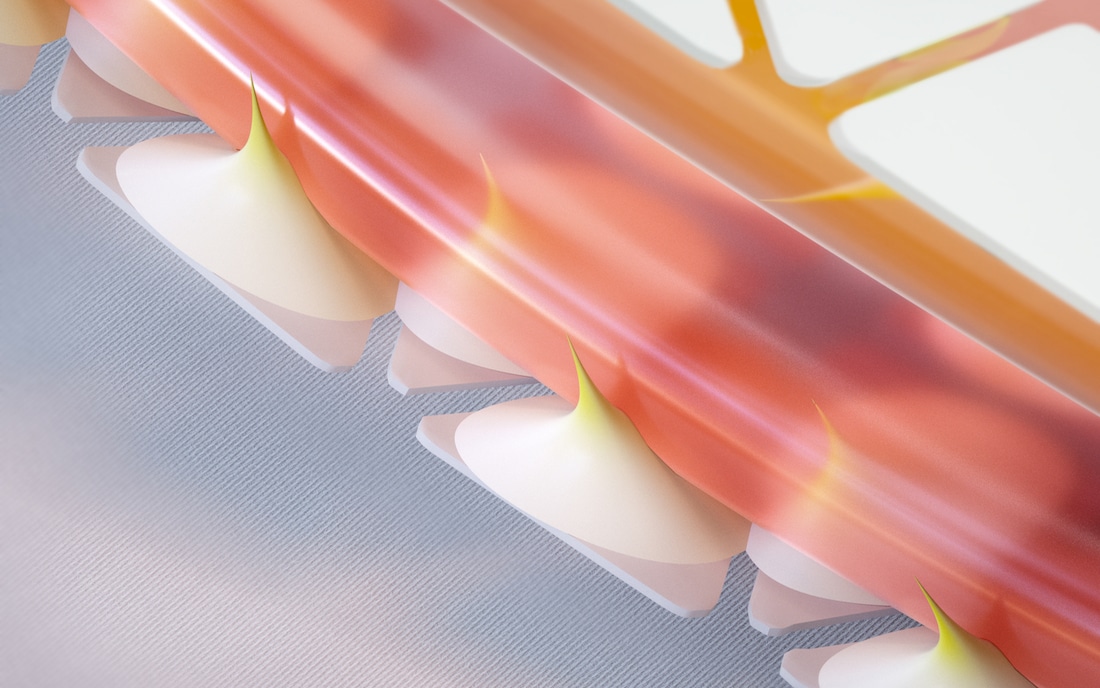 A New Jersey-based startup developed what it claims to be a genetic test capable of predicting a number of common diseases in embryos. The company, called Genomic Predictions, has been approached by dozens of parents-to-be from across the world in hopes of having the start-up help them ‘weed out’ embryos more inclined to develop certain diseases later in life, such as cancer and diabetes. Although Genomic Prediction’s new test is in its infancy, the company has already come under fire by many in the academic and scientific communities, with some depicting the test as both impractical and unethical.

Genomic Predictions has been around for several years now, using various computing technologies, AI and machine learning to research genomes and discover novel ways of predicting phenotypes. “We’ve always thought that one of the best and earliest applications of this would be embryo selection because we can help families have a healthy child,” said Stephen Hsu, the company’s co-founder, in an interview for GEN.

Last month, Genomic Predictions finally unveiled a test which it claims can utilise DNA data to predict the likelihood of embryos from an IVF procedure to develop any of 11 types of diseases. As reported by MIT Review, the test, called LifeView, will measure IVF embryos’ DNA from hundreds of thousands of genetic positions and generate estimates regarding chances of having diseases such as diabetes, heart attacks, and five types of cancer. The test would also alert parents about how likely it is that their child will end up among the shortest 2 per cent of the population or the lowest 2 per cent in intelligence.

Genomic Predictions then hands parents report cards containing the testing results for each embryo so they could implant the ones they deem to be the healthiest out of the batch.

So far, the company reported that 12 clinics around the world—in Nigeria, Peru, Thailand, Taiwan, and the US—will order its new test. The few interested clients are mostly well-off professionals wanting to reduce their child’s risk of having diseases that may run in the family. Genomic Prediction’s first set of clients, for instance, is a gay couple undergoing IVF with a surrogate mother who want to ensure their child won’t have breast cancer. Another couple, who have two children with autism, want their third child to be neuro-typical; something they hope the LifeView test could help them achieve.

For the most part, however, clinics are extremely hesitant about ordering this new test, as many scientific experts and researchers voiced harsh criticism of it. “It is irresponsible to suggest that the science is at the point where we could reliably predict which embryo to select to minimize the risk of disease. The science simply isn’t there yet,” tweeted Graham Coop, a geneticist at the University of California, Davis. A research by The Hebrew University of Jerusalem also concluded that attempting to predict the height and intelligence of an embryo is pretty much a futile attempt at this point in time. Others, such as Santiago Munne, an embryo testing expert and entrepreneur, suggest that the great uncertainty that comes with this type of testing would be off-putting for many doctors and client as well as a source for potential disappointment.

And let’s not forget about the immense psychological strain such a test can place on children who find out they’ve been ‘selected’ out of a pool of embryos in order to be healthy. What if they do end up developing one of these diseases after all this money had been spent?

While a parent’s urge to do all in their power to prevent their child from being ill is understandable, this genetic selection process sets us on a very slippery slope. It seems that endeavours such as LifeView constitute a mere hop, skip and a jump away from genetically editing babies, and cater to our growing appetite to design what we perceive to be the ‘perfect human’. Naturally, we should support the scientific community’s efforts to find cures and solutions to prevent terrible diseases, but is ‘phenotyping’ the answer? This approach all but ignores the slew of external and environmental factors that heavily impact someone’s chances of developing such diseases, including diet, lifestyle, stress, and someone’s mental state. It could be argued that no less attention should be placed on tackling the latter, as opposed to try and manufacture a ‘flawless’ human being.

So far, tests like LifeView appeal only to couples using IVF, a process that is long, uncertain, invasive and prohibitively expensive. Some at Genomic Prediction, however, contend that IVF will be “the future”, claiming that even fertile couples would choose to undergo the process in order to reduce the chances of disease in their children. As such technologies proliferate, we must remain critical and alert of their application and the direction in which it takes our society. Crafting the ‘perfect’ human and labouring to prevent any flaws in our children could cost us a great deal. Much more than an IVF treatment.