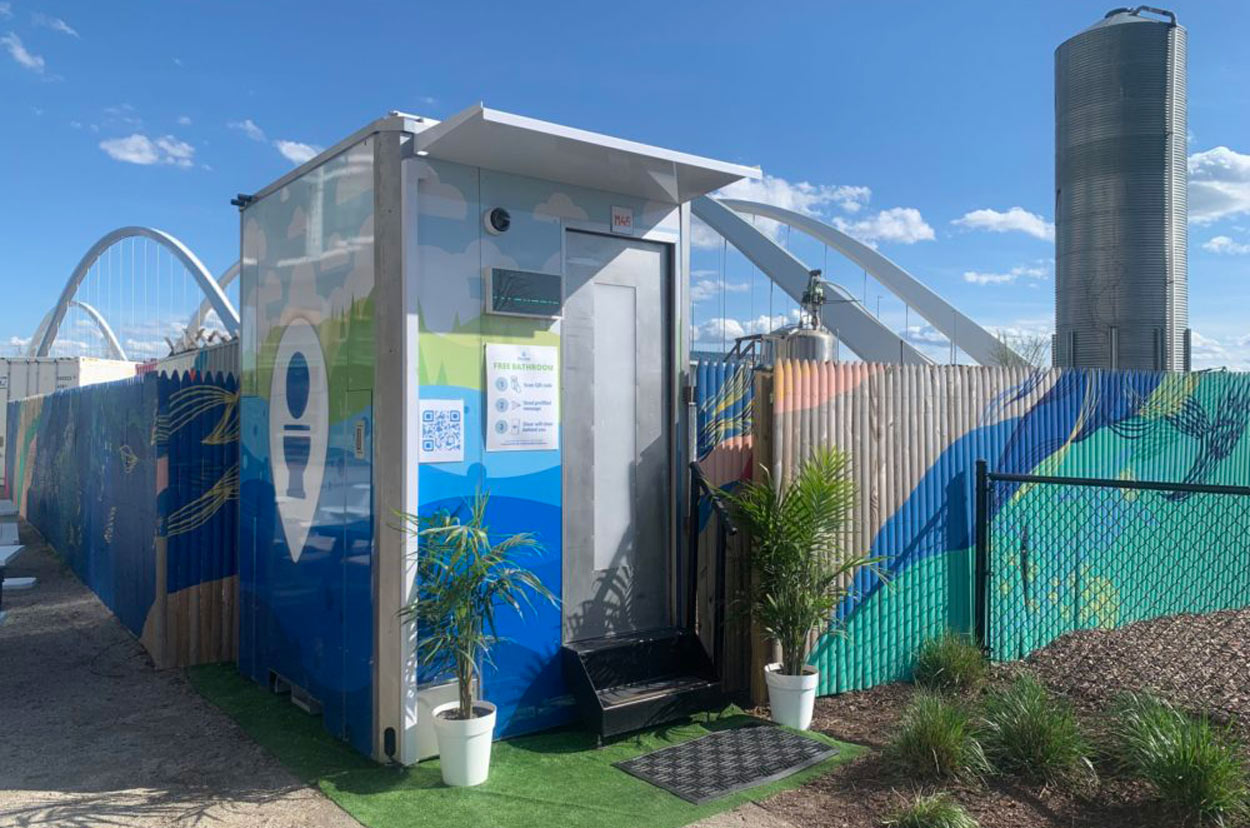 Maryland-based startup Throne Labs has been working on a solution the world never knew it needed but will most definitely welcome with open arms: a QR code that tracks the cleanliness of whoever wants to access a public toilet. Let me explain.

Apart from Japan—of course it would be Japan—it’s a worldwide phenomenon for public restrooms to be found dirty, out of toilet paper, unmaintained and often not working properly. As you can imagine, chances of them being in such a state increase in big cities along with foot traffic, and on top of that, there’s not enough of them to go around in the first place.

That’s where Throne Labs’ smart, well, ‘Throne’ comes in—dubbed as “a smart, self-monitoring, semi-permanent bathroom that can be placed anywhere.” In other words, the portable, high-tech facilities are only accessible using a QR code generated on one’s smartphone, which tracks the level of mess you leave behind.

Throne users can also leverage an app to find a public toilet near them easily before swiping their code to gain access. Inside, they’re promised no less than a magical wonderland—clean and touchless germ-conscious utilities, a flush that actually works and doesn’t splatter everywhere, a mirror, trash can and a robust ventilation system. Heinzelman even shared with the US publication her hopes of #ThroneSelfies becoming a thing. What more could you ask for?

Well, if you’re like me and your Uber rating has been yo-yoing ever since the transport company introduced it in 2017—not because I’m an awful person, I’ll have you know, but because it seems like whenever I’m the one in charge of ordering a ride for a group of friends, being drunk and loud is their go-to move—you might be wondering how Throne Labs uses the powerful insight to determine its users’ ‘cleanliness score’.

The app not only asks users to provide feedback on any given toilet’s state, but it contributes to their personal ‘Throne score’ too. The bathroom is even smart enough to tell if you’ve been hogging the bowl for too long, thanks to some built-in weight sensors. Yep, let that sink in.

The group, which Heinzelman and CEO Fletcher Wilson launched in June 2020 alongside three other founding members, piloted its first round of Throne toilets in Washington DC in 2021 and recently installed its first semi-permanent Throne in Maryland in August.

But I couldn’t praise this technology without mentioning the obvious unfairness it will undoubtedly exacerbate. Knowingly or not (I’m betting knowingly), Throne excludes the people who need public toilets the most from using them: those without phones, who are almost certainly already homeless or on the margins of society. And that’s also ignoring the ones with dead batteries or those who don’t feel comfortable downloading an app that collects data about how they use the bathroom.

“The sanitation industry is one of those that has not really been touched by much innovation and disruption,” Heinzelman, who’s based in San Francisco, told The Washingtonian. And as lovely as squeaky clean toilets sound, maybe there’s a reason why this industry shouldn’t be disrupted by privately-owned tech companies. 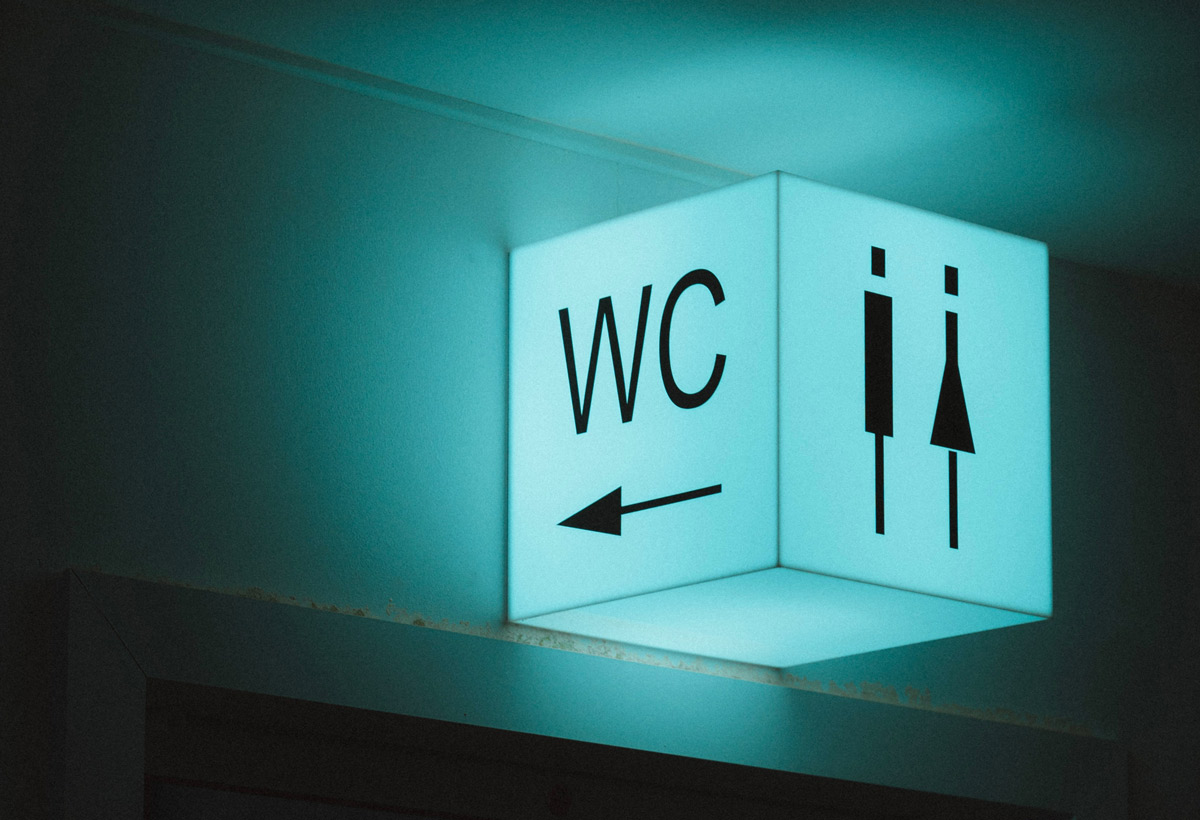 Imagine a future where going to the loo—for number one or number two—allows you to pay for a snack. Turning something that remains somewhat ‘shameful’ or taboo into a moneymaker wouldn’t be too bad, right? Well, at Ulsan National Institute of Science and Technology (UNIST) in South Korea, where human waste is being used to help power a building (all thanks to the BeeVi toilet), the future is now. How does it work exactly and what potential does it represent for the rest of the world?

Cho Jae-weon, an urban and environmental engineering professor at the South Korean university has designed an eco-friendly toilet—the BeeVi, a portmanteau of the words ‘bee’ and ‘vision’—connected to a laboratory that uses excrement to produce biogas and manure. The toilet uses a vacuum pump to send faeces into an underground tank, reducing water use. There, microorganisms break down the waste to methane, which then becomes a source of energy for the building, powering a gas stove, hot-water boiler and solid oxide fuel cell.

“If we think out of the box, faeces has precious value to make energy and manure. I have put this value into ecological circulation,” Cho told Reuters.

According to LiveScience, personal bowel habits notwithstanding, on average, both men and women move their bowels about once per day and produce a daily average of 14 to 17 ounces (400 to 500 grams) of faeces. This can be converted to 50 litres of methane gas, Cho further explained. This gas can generate 0.5kWh of electricity or be used to drive a car for about 1.2 kilometres (0.75 miles).

In order to simplify the BeeVi’s process and how it can benefit both students and faculty members at UNIST, Cho has devised a virtual currency called Ggool, which means ‘honey’ in Korean. Each person using the eco-friendly toilet earns 10 Ggool a day.

In turn, people can use the currency to buy goods on campus, from freshly brewed coffee to instant cup noodles, fruits and books. All they need to do is to pick up the products they want at a shop and scan a QR code to pay with Ggool.

“I had only ever thought that faeces are dirty, but now it is a treasure of great value to me,” postgraduate student Heo Hui-jin told Reuters at the Ggool market. “I even talk about faeces during mealtimes to think about buying any book I want.”

Forget about flying cars, NFTs and space tourism for a second, and take time to appreciate this potentially life-changing invention. No party poopers allowed here.