Sex stories: How to write one and fulfil all your wildest fantasies – Screen Shot
Deep Dives Level Up Newsletters Saved Articles Challenges 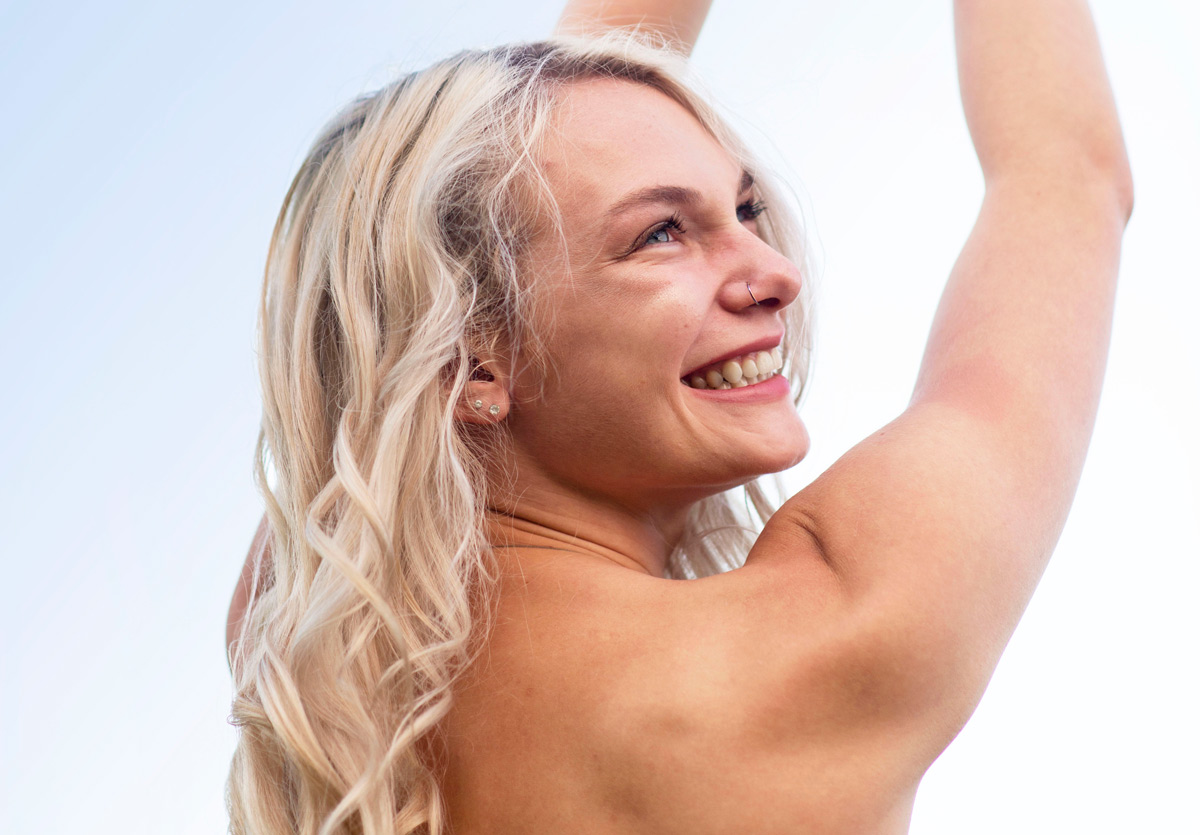 Sex stories: How to write one and fulfil all your wildest fantasies

What’s the deal with sex stories? Only a small, yet prominent section of courageous wordsmiths set out to write what is deemed to be one of the most spontaneous and emotionally-charged activities that humans can take part in: sex. With swift wording and a logical progression of pace to match that of a best selling novel, sex stories may just be the hidden gem of literature. Why are they so difficult to write, when they are so good to read?

We’ve all watched porn—if you say you haven’t, you’re lying (unless you’re underage, then I command you to avert your eyes from this article or forever hold your peace). But not all of us have read a sex story. The obvious reason for this is instant gratification, humans are greedy, and we don’t like to wait. Essentially, sex stories also called sexy stories or smut, are porn, but more drawn out due to the nature of words being read one by one, which obviously requires a little more dedication than flicking through videos and knowing instantly what might fulfil you or not.

Sex stories on the other hand require a little more attention. You’re asked to dip your toe in, skim over a few sentences, check that the topic and the language used are ‘for you’. Once you do find one that you seem to enjoy past the first paragraph, it’s hard to stop reading. This is because the writer uses the same formula that one would follow when writing a blockbuster film or novel, and this happens organically. Just like sex would. Let me run it through for you.

A sex story is usually short, as having sex for hours on end in real life would be exhausting and possibly boring, the same goes for erotica. Good writing caters to psychology, because readers want to connect with their characters. If a reader is dropped straight into something they don’t understand, you can bet they will turn their attention elsewhere. Something has to connect to them within the first few sentences to motivate them to keep reading. This is why a lot of sex stories, like any stories, set the scene first.

For example, the protagonist may be in a business meeting, something many of us are familiar with. They describe the room or the scenario that the protagonist might find themselves in: She stretched the rushed morning out of her back, curling the base of her spine towards the ceiling, opening her legs slightly while doing so. Having almost made the meeting too late, Sam was surprised at being the first one in. The air was muggy, dense. Sweat glistened on her skin as she rubbed the knot with hard fingers out of her shoulder.

After the first few lines, the reader subconsciously imagines the possibilities within the small amount of information given to them. The words chosen are subtly planted in the scene to initiate that this is a sex story. The writer details the curling of Sam’s back, what her legs are doing, her sweat. Rubbing, and hard fingers, now in context, sound pretty sexual too.

A lot of the time, sex stories are based on real events, much like many other stories. The writer has to prove that with their language too. So experience is a good place to start, otherwise, write about your deepest fantasies. Then the story may have an interaction between Sam, our protagonist, and someone else. We know that she is in a business meeting, waiting for other people to arrive, so, let the other people arrive. This adds expectation within the readers’ minds, and therefore an easy chance to create suspense.

In this story’s case, Sam will soon have company. You have the chance to create a twist in a reader’s expectation here. For example, Sam might find herself in the wrong meeting because as we know, she was in a rush getting to work this morning. She only realises when it’s too late and rude to leave, so she stays. It’s important to introduce the deuteragonist (secondary main character) that you want her to interact with quite quickly. As this is not her meeting, the deuteragonist could be a stranger to her. Let’s just say that the deuteragonist is another woman, a boss. She is obviously in charge of the meeting and notices Sam being in the wrong place, but finds it amusing. There is the connection.

Sam is already over-sensitive and acutely aware of her surroundings, due to her simply being in the wrong meeting, so tunes into the glint of amusement in this stranger’s eyes. This is where it gets fun, because the writer is now faced with another choice, which is to determine how immediate the tension is made to rise.

Sam has to either sit through the entire meeting as well as meet and be put through the formalities with the deuteragonist—the writer then has to write this (in summary) or, Sam could be having a daydream. To keep it short and sweet, this is what she will do, after all, she doesn’t have to concentrate in the meeting anyway as it is not meant for her to be there, which allows it to be realistic enough for the reader to relate to. We all daydream.

Describe the deuteragonist and the daydream, focus on the subtle sexual wording: Her pinstripe skirt held her tightly, or, a glimpse through a stretched seam in her shirt, or, she stroked her soft plump lips with the tip of her tongue and caught my eye. You get the gist, I would go into the scene, but this is not a sex story, it’s a how-to article, so I’ll trust you to fill in the story and write it yourselves.

People like to read about unusual yet relatable circumstances, so fit your topic around this as an underlying guide. Stage your story for the fantasy, and slowly unravel it towards the climax of your characters. Sam’s boss (or ‘accidental’ boss) is an opportunity for her to fulfil her secret desires. Describe the physical act in detail, describe how it feels to Sam inside and out. Tell the readers everything. Add in textures and sounds. The climax has to be logical for the characters too, readers will want to feel it as they read. No one will be turned on by reading of an orgasm that pulsed so strongly that Sam fell off her chair and farted.

Once the story and the characters have reached their climax, you don’t need to continue writing much, because that is essentially what the reader came for. To wrap it up, bring Sam out of her daydream. She is back in the meeting room, flustered and maybe a little pink in the face. Possibly she’s the last one to leave, and left a little wet mark on her chair or the back of her own skirt as she rushed out. The deuteragonist she was fantasising about may still be slowly packing away her things from the meeting, and smirking, knowingly, as if she too were in the daydream with Sam.

A simple way to plot and plan your story is to draw it out on a blank piece of paper so that you can see the story as a whole idea. Almost like a graph, in a sense. So start with that, scribble down your idea and draw (using words) around it until you’re ready to write! Even if it’s just for you to read.

Why women prefer erotica over pornography

If you’re already a fan of erotica, then you know the reactions that turning a page can have on you. Flushed cheeks, increased heart rate, a little lip-bite… And all of a sudden your imagination is in overdrive. Reading about people getting down and dirty can be an incredible turn on. What’s the secret?

Let’s face it. Most porn is made with men in mind. It’s very to the point and visual; there’s no imagination or creativity involved whatsoever. Well, that’s the opinion of M, editor-in-chief of award-winning sex and relationships blog Sex & London City, who says that women are drawn to the escapism and fantasy of erotica: “Erotica goes so much deeper than porn—if you’ll pardon the phrase. It provides a fantasy, and a way to escape everyday life. Rough P in V sex or the ‘moneyshot’ just doesn’t do it for women; they want to be seduced. They want a life that’s glamorous, sexy, and pretty. Contrary to popular belief, it’s not just about the sex. It’s about having the life of someone who is desired, craved… and having lots and lots of sex because of that. The sex is just a happy consequence.”

The sex itself doesn’t really matter. It’s everything around the sex and the build up. When it’s done right—when there’s a connection—sexual tension can be just as good as an orgasm itself. Yep, I said what I said!

It’s all about you

Megwyn White, certified clinical sexologist and director of education at sexual wellness brand Satisfyer, goes into more detail about what women want: “Women are sensitive creatures, endowed with a multi-sensory pleasure map that includes details of physicality, sensitivities to touch, aroma, lighting, plot line, and more. We remember these details, and use them to connect the dots to our own pleasure maps. Women are attentive to emotional details as well, and crave polarity within a sensual conquest to energize their interest. Edging a woman’s excitement is exactly what erotica is so good at doing. By oftentimes holding back overt sexual contact, and instead stimulating simultaneous sensual cues embedded within authentic sexual tension it allows a woman’s innate ability to map into the layers of details that form her unique sexual template.”

You heard me: write us a good story, then add the sex.