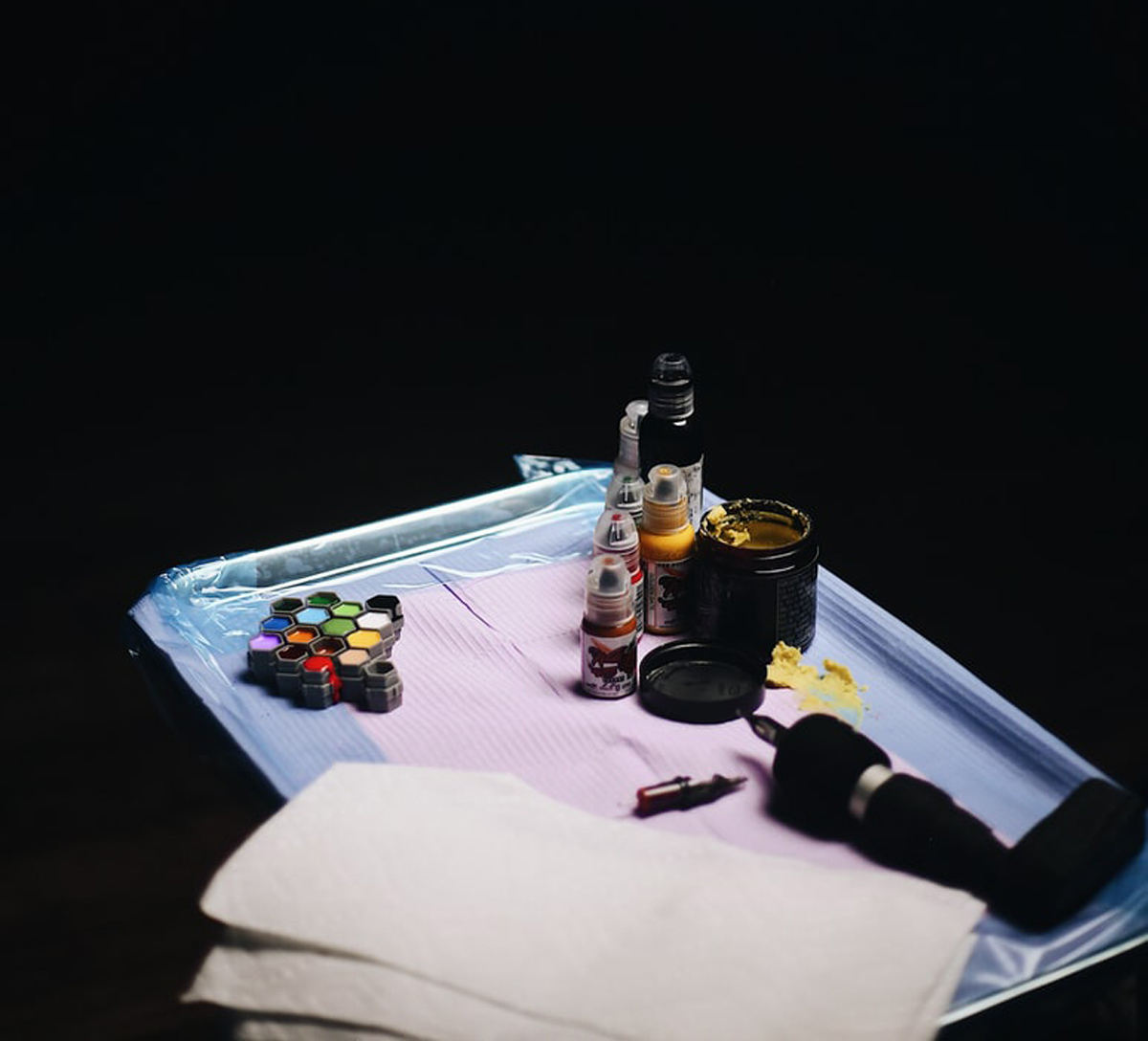 Tattoos. Striking, hardcore—especially on an empty stomach—and a vibrant expression of personality in the form of body art. Some love the look, some detest it. Others, like myself, get a kick out of testing the threshold of their pain tolerance. Be it punk stick and poke or a daring blackout, tattoos are a trend that’ll never die—but tattoo artists warn that the industry is currently at risk.

There’s now tattoo blues over banned ink hues, since new European Union (EU) restrictions have been introduced around the usage of certain coloured inks. Across the political and economic union, tattoo parlours and their artists are in uproar as from Tuesday 4 January 2022, they will no longer be able to use coloured inks, set to be enforced from February. The EU explained that this move will help reduce the number of adverse reactions.

A decision has not yet been made in the UK to follow suit with a ban of its own. Instead, the UK Health and Safety Executive (HSE) is actively encouraging artists to share information about how to tattoo safely and for manufacturers to report the ingredients found in tattoo ink. At the end of 2021, UK lawmakers sent out a call for evidence of substances contained the inks in question. As of now, they remain legal in the country.

Though there have been many unsavoury ups and downs in the life cycle of tattoos, like the ‘tramp stamp’ being rebranded and reclaimed in the comeback of the lower back tat, it’s estimated that at least 12 per cent of the EU’s 450 million citizens, so around 54 million people, have tattoos, according to research conducted by the European Chemicals Agency (ECHA).

I’m sure many of us have heard stories or seen viral scare videos galore of tattoo turmoil and botched designs, but there is a larger cause for concern with the body art. The regulatory body Registration, Evaluation, Authorisation and Restriction of Chemicals (REACH) had 4,000 chemicals normally contained within coloured tattoo ink outlawed at the very beginning of this new year. You probably already have an idea why—the big C. REACH claimed that the chemicals pose the risk of causing cancer and other harmful genetic mutations, and that these chemicals are already banned in topical skincare products.

These chemicals mixed into coloured tattoo inks and permanent make-up are deemed hazardous by the body with some of them linked to skin irritation and even more worrying side effects like reproductive difficulties.

The BBC reported that a 2010 study, which surveyed 3,400 people, found that two-thirds had complained of reactions immediately after a tattoo. Furthermore, 6 per cent reported issues for several weeks.

Though the law was agreed upon back in 2020, many manufacturers and artists were left scrambling with only a year to adjust to this drastic change and find suitable alternatives for the inks.

The fear from artists stems from the fact that other options to the standard banned inks are few and far between to find—they either don’t exist yet or are in very short supply. Not to mention they may not offer the vibrancy customers want, which could drive them to more dangerous options and further hurt the industry. The European Commission stated that more time would be granted for two pigments in particular, blue and green, that did not have alternatives.

In an interview with Reuters, Tin-Tin, an artist at the head of French tattoo industry union Syndicat National des Artistes Tatoueurs (SNAT), has described how many artists feel about the current furore as “taking the flour from a bakery,” and will drive people to parlours that do not respect legislation, undoubtedly leading to some really bad outcomes. To add more fuel to the fire, it seems as though the needle has run dry for a lot of artists as it is difficult to find approved and safe suppliers in the short timespan they’ve been saddled with.

“If we don’t have any colours or ink to work with, what are we going to work with?” he rhetorically asked Reuters. The new regulation also brings about another blow to an industry just clawing back from being hit by the COVID-19 pandemic.

Outside of tattoo artists themselves, other organisations are cautious to proceed with the law just yet too. Gwenaelle Reaume, the secretary of the Tattoo Belgium association, called on the government for more time to be extended into finding viable substitutes for the standardised inks as research was held up by the pandemic.

Hamburg tattoo artist Sebastian Makowski told the German Press Agency, “Coronavirus, with the months of closures, has shaken us badly. Then this comes on top.” He also added that the changes were equivalent to a partial ban on his business.

The EU’s aim is to coordinate laws around the inks that currently exist in the bloc, mainly by setting maximum concentration limits around groups of substances and individual substances found within them. There are plans to introduce more restrictions next year.

Some remain angry at the red tape for only going after tattoo ink in this instance, while ignoring other harmful chemicals found in many other products on the market. One tattoo client interviewed by Reuters noted, “They put all sorts of things which aren’t good for health in food, and then they come after tattoo ink. I admit that, as someone with tattoos, I don’t understand this law.” 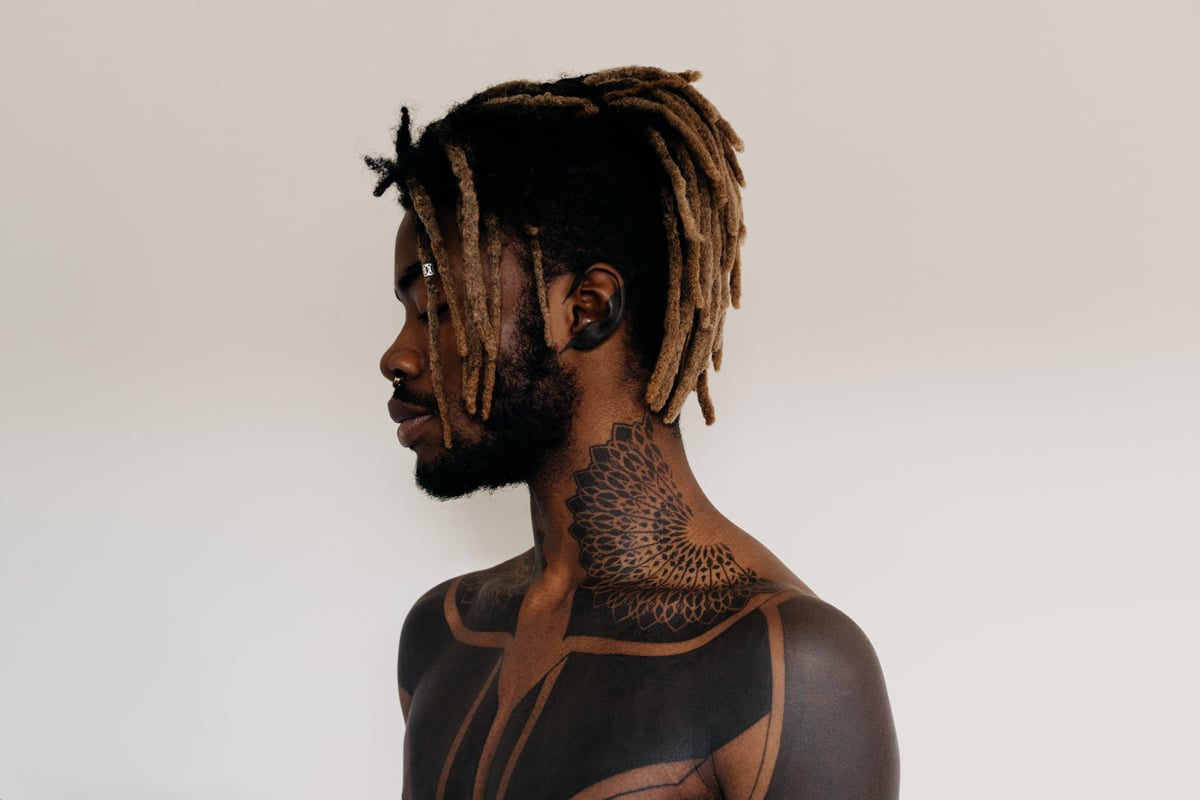 The history and meaning of Polynesian tattoos

Are you interested in the history of Polynesian tattoos? What do they mean? Here’s everything you need to know.

The origins and history of Polynesian tattoos

Historians have revealed that Polynesian tattoos have a long history and tradition that started back in the days of the Samoan, Maori and Polynesian tribes and cultures. The word tattoo came from the words ‘tatatau’, ‘tā moko’, ‘tatau’ and ‘pe’a’, which roots came from the languages of the tribal cultures of Marquesan, Tahitian and Hawaiian.

The culture of tattooing in the South Pacific can be traced as far back as 1500 BC. In this region, particularly in ancient society, almost everyone was tattooed, women included. But much more than being an ornament, tattoos in the Polynesian and Tahitian culture used to indicate one’s rank in the society or his genealogy.

Tattoos were also a sign of someone’s ability to endure pain, show strength or wealth. When the Europeans arrived, tattooing and overall culture started to change. For example, Captain Cook along with others returned to their origins with tales of savage cultures and rituals, such as tattooing, from Polynesia.

However, the art was nearly banished when the missionaries came because they considered tattoos as sinful skin gratifications. For this reason, they banned them. But then, the art went through a renaissance since 1981, when it was well documented that it gained recognition as an art form.

The tools and techniques behind Polynesian tattoos

What are the tools and techniques of the trade? Luckily, they have changed a little over the past years. Tattooing by hand is the traditional technique of applying a tattoo. It has remained so for more than 2,000 years. The same goes for the techniques and tools used to tattoo. An apprentice or a young artist spent hours tapping a design into a bark cloth or sand using a special comb called ‘au’.

Samoan tattoo artists created their tattoo tool from the sharpened teeth of boars. They’re fastened using a part of a turtle shell before being attached to a wooden handle. Traditionally, the art skill was passed down from one generation to the next. Tattoo artists in Hawaii have also learned what they know working as an apprentice.

Polynesian tattoos are heavy in symbols and meanings according to scholars. But generally, they’re adapted from the four elements—Earth, Water, Fire and Wind. There is also a specific ceremony for each symbol, which is related to an element.

Some symbols are specific to a role or a certain family. For one, warrior tattoos would often include symbols that were not related to those tattooed on fishermen. But in the modern world, Tahitian tattoos indicate specific interests and ancestors, or they can take on a more personal meaning. Some examples of symbols are also those that would represent travel, land and stability. A few of them include Tiki for protection or a turtle for fertility.

In terms of style and designs, Polynesian tattoos are also well thought of and planned. For example, each body part is associated with a certain theme. Tattoos on the head are often associated with intuition, wisdom, knowledge, spirituality and other related themes, because this part of the body is, as they believe, Rangi’s contact point. On the other hand, a tattoo placed on the higher trunk, which sits above the navel to the chest, is often related to a theme. Some of them are reconciliation, honour, sincerity and generosity.

Tattoos in the lower trunk area are going from the thigh to the navel. This body part, according to Polynesian beliefs, relates to themes such as independence, procreation, courage, and energy. In addition, the thighs are related to marriage and strength. Designs and styles placed on the shoulders or upper arms are related to bravery and strength. More often than not, they are tattooed on chiefs or warriors.

The art of tattooing in the South Pacific tribal groups has many years of history and traditions, but little has changed in terms of the tools and techniques of the trade and the related meanings for many of the symbols used. In other words, if you’re looking to get a Polynesian tattoo any time soon, make sure you know what meaning it will bear.