Should we blame humans or dating apps for the trend of ‘ghosting’? – Screen Shot
Deep Dives Level Up Newsletters Saved Articles Challenges 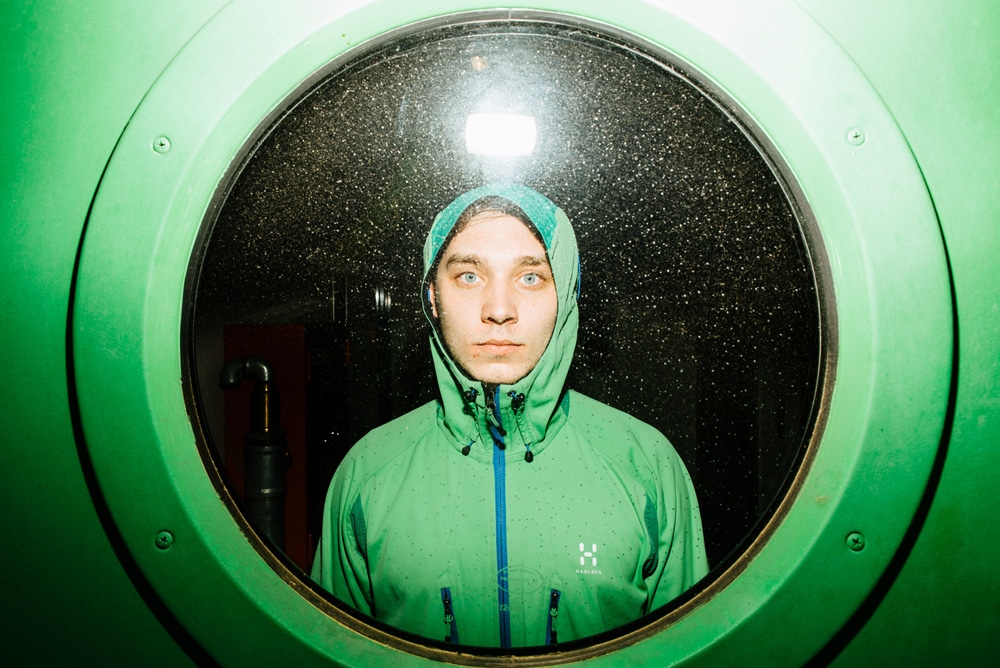 Should we blame humans or dating apps for the trend of ‘ghosting’?

Picture this. You go on a date. It’s lukewarm—the company, not the wine. The date is nice enough that you head home feeling somewhat hopeful. Then you never hear back from them. You’re confused so you look over the past messages, which took up both of your time, and ask yourself, “have I just been ghosted?”

If you’re not down with the kids, the term ‘ghosting’ is the practice of suddenly ending a personal relationship with someone without any explanation and withdrawing all communication. Sound familiar?

We all know dating in the past five years has changed dramatically. From meeting people online, whether that’s on Tinder or sliding into someone’s ‘dms’, to arguably having more stages of ‘pre-dating’ such as ‘seeing someone’ or becoming ‘exclusive’ before becoming a couple. Sigh, dating feels much more complicated and exhausting than in our parent’s generation.

Though admitting you swipe right for love (or a good night) may not sound cool, dating online is not something to roll your eyes at. In a report from TSB, lovers sought out dating services worth £14.5 billion in the U.K. last year while the dating app industry alone made £11.7 billion. Online dating is not slowing down either as Facebook is attempting to take over the dating market by currently beta testing its own dating app while LinkedIn, the go-to networking site for professionals has also launched InLove, using already made LinkedIn profiles. Who doesn’t want to work where their future spouse was interning in 2011? And have I mentioned, Bumble, a dating app where women make the first move is valued around $1 billion, thus making its 29-year-old founder, Whitney Wolfe Herd, a $230 million fortune?

The options for many dating apps are rather basic and require just a thumb to swipe through someone’s selfies. Other apps, such as Hinge,offer a more curated and elaborate selection interface and information display. However, when it comes to any dating app, or dating in general, ghosting remains a common and prevalent fact phenomenon. It is unclear, though, whether dating apps encourage ghosting or whether it’s simply a byproduct of the digital dating revolution?

Founder of dating website My Friend Charlie, Charlie Spokes explains that the phenomenon of ghosting is not entirely new, however it has increased in the digital-first communication that has enabled us to exit a conversation incredibly easily. “I think the fact that we are swamped with almost unlimited choices of potential dates, with a need for immediate satisfaction, has contributed to the regularity of ‘ghosting’, there’s the feeling that the grass is always greener!”.

Though it seems to be a common thing to do, ghosting doesn’t arise out of the blue, says Dr Sheri Jacobson, founder of the therapy platform Harley Therapy. “It comes from the fear of honest communication and intimacy, or an inability to understand social mores and respect other people’s feelings.” Dr Jacobson further adds that ghosting can also be a personality trait of impulsivity, and derive from a difficult childhood or a past trauma and even be a part of a personality disorder. To put it simply, regardless of how nuanced situations around ghosting are, as every conversation and meeting varies from person to person, it’s safe to say that just like the saying ‘hurt people hurt people’, those who are emotionally secure tend not to ghost others.

But for those who are wondering how do you end something that hasn’t started, dating app founder Charlie Spokes advises to be clear as ambiguity is not helpful to either party. If it’s one brief conversation that has fizzled out naturally, you can leave that situation guilt free, but if you aren’t interested anymore, “On a dating app then it takes very little to be polite, so be honest about your disinterest”.

For many, this simple gesture of being genuine sounds easier said than done, yet with the way dating apps are constructed, it is still easier to delete a conversation and move on therefore arguably, this dating trend of ghosting would slow down if it was thought about during the construction of the app or during software updates.

Spokes agrees that this should be contemplated, and by the looks of it, the issue is coming up more in the environments where these apps are created, as not finding results means a lack of faith from users. However, Spokes also speaks to Screen Shot about why dating apps arranging more activities offline is becoming popular. Bumble hold events for women for their ‘Bumble BFF’, ‘Bumble Bizz’, and panels on the dating scene, while the essence of My Friend Charlie is that you choose an event instead of a profile, and thus end up meeting someone —a friend or a romantic possibility—in a group setting. “You’ve already got something in common having picked the same event and it takes the pressure off any boring small talk. We create an environment where a genuine connection can form first. It’s much harder to ghost someone you’ve spent a bit of time getting to know.”

Though it may seem like scepticism against online dating to go back to doing things offline, it actually may be the answer to merge the two realms for relationships to succeed. 2018 has seen a wave of encouragement to get off our screens via books like How To Break Up With Your Phone by Catherine Price or Unsubscribe by Jocelyn K. Glei, and a flood of wellness classes and events asking everyone to be more present in their lives. So surprisingly, maybe the future of dating online may have to do with having more fewer but better options than a flurry of many subpar dates found due to your location. A way to exit the cycle of ghosting may mean for apps to slow down and create spaces for a safe conversation to happen where everyone can seek some old fashioned connection that has nothing to do with their wifi. 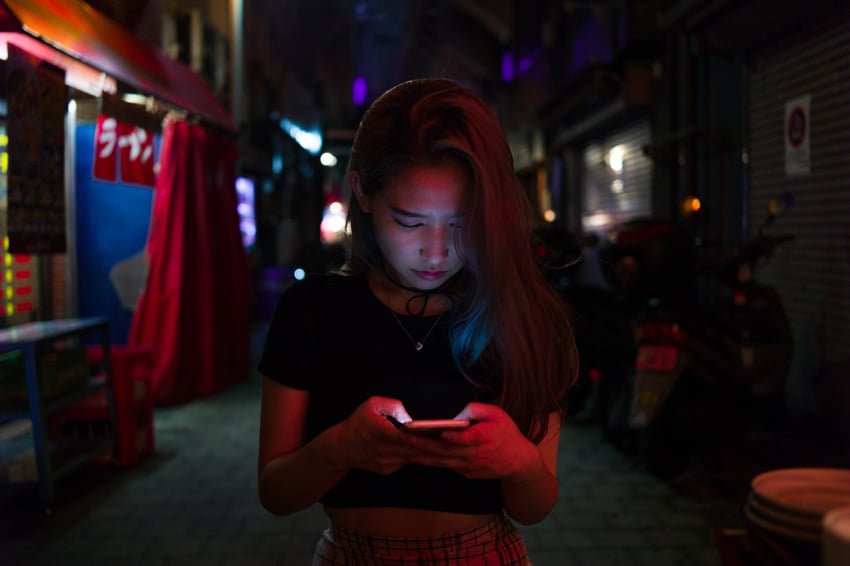 Why aren’t dating apps better at finding our perfect match?

The first online dating site, Match.com, was launched in 1995, three years before Google. 20 years forward, dating apps have become close to synonymous with our relationships. We agree to give them access to some parts of our lives (to an extent), and they guarantee to provide us with better matches and more interesting dates than the ones we usually get. At the same time, dating apps like Tinder, Bumble, Grindr, and many others, allow researchers to access more data about our dating lives and ‘mating patterns’ to further their studies on compatibility. Dating apps also reveal the potential of sharing your private information with an algorithm in the name of love—a small price to pay to meet the right person, right?

In a study conducted on 4 million users of an unnamed dating site (sounds like Tinder to me), Elizabeth Bruch and Mark Newman from the University of Michigan found some results that anyone with dating experience would find predictable. For example, reciprocated messages mean that there is a mutual interest between two potential dating partners, and men tend to initiate contact first, which also doesn’t sound surprising.

Then, by coming up with a ‘desirability score’ for each of the participants, Brunch and Newman found some more customary information. An overview of the results showed that, “Older women are less desirable, while older men are more so. The average woman’s desirability drops from the time she is 18 until she is 60. For men, desirability peaks around 50 and then declines.” This comes as no surprise in the dating world.

The final aspect they analysed was people’s education level. For men, a woman with an undergraduate degree was most desirable, whereas for women, further education was always more appealing. Keeping all these results in mind, it makes sense that dating apps and dating websites are under quite a lot of pressure to make sure you are matched with the right person for you.

Even before the Big Data boom—when we are finally able to store large amounts of data automatically—users of online dating sites were required to fill in online questionnaires and profiles. Now, algorithms can collect more data on you than you can imagine (like your location, your bio, your Facebook profile, and images) to easily predict your next match of the day, without you having to answer a set of lengthy questions, or even do anything at all.

By manually filling an online questionnaire about our qualities and flaws, there’s a chance that some of our answers won’t always be completely honest. Algorithms can use our online behaviour to learn the real answers to questions we might lie about otherwise.

When The Guardian’s Judith Duportail asked Tinder for all the information it had collected on her over time, the company sent Duportail a profile report spanning over 800 pages. The report was a sort of tipping point for big data collection and our understanding of it; it revealed how apps can work out our personalities and lifestyles through our social media activity, our likes, our Spotify playlists, and Instagram photos. While many find this type of data mining an invasion of privacy, others look at it as the only real way to find their perfect relationship.

Dating apps promise to connect us with people with compatible traits. Sometimes it works out, sometimes it doesn’t. As machine-learning algorithms become more accurate than ever, dating companies will be able to learn more about who we are and who’s the right fit for us. But there are a few steps still missing in the quest for this.

Apps can track where we’ve been, how long we stayed there, and if we went home with the person we were meeting. Still, few ask users for the outcomes of actual dates. The harvesting of our personal detail goes far beyond what many of us could imagine—Google can track you through your phone, it knows everything you’ve searched, the apps you use, which events you’ve attended, and it even has the information you’ve deleted. So how come, with all this data out there for grabs, dating apps continue to overlook the importance of not only whose profile photos we like but also who we felt chemistry with in person.

It is clear that dating apps have the possibility of changing our dating lives for the better by using even more of our information and data. With ameliorated algorithms, the future of online dating looks bright. But maybe the delay in improvement is not coming from the technology apps are using but from the CEOs themselves—because finding love is big business, and as long as we keep searching for and not finding our perfect match, these founders are only getting richer.