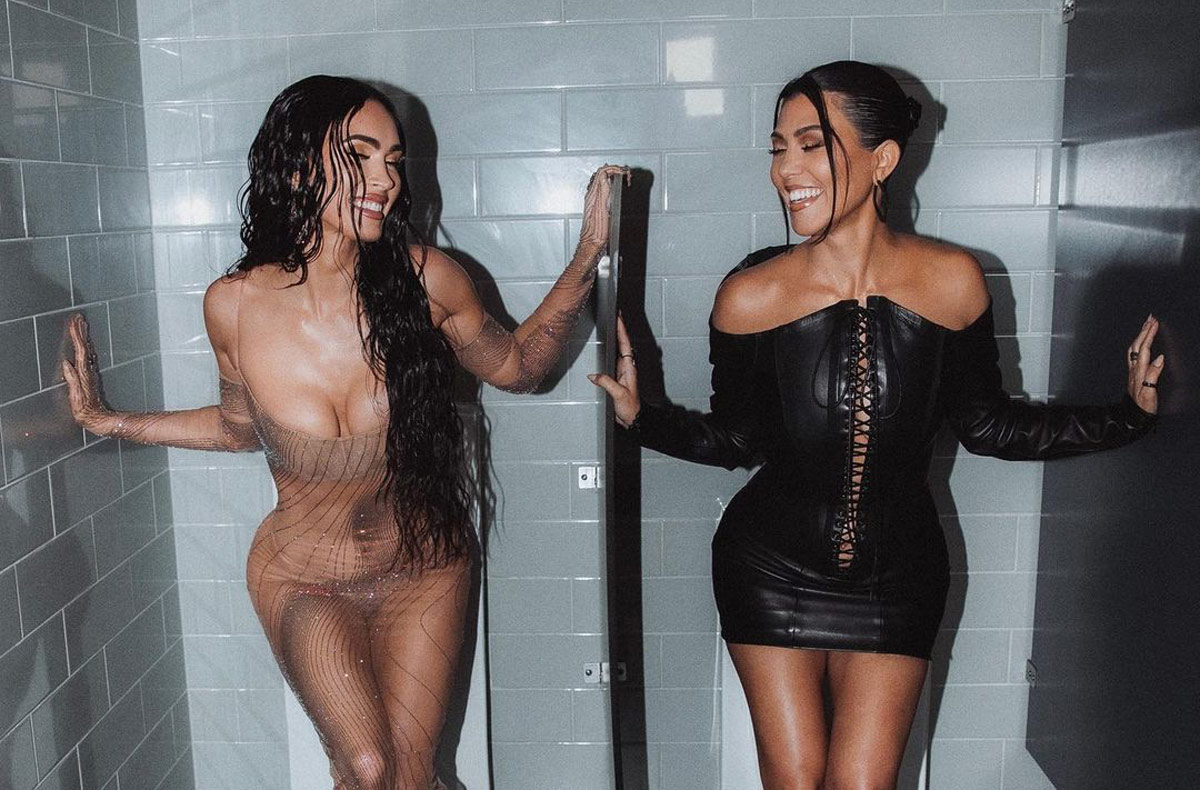 From Travis Barker and Kourtney Kardashian making out on a carousel and sucking each other’s thumbs as they celebrate their birthdays decked in all-black to Laura Anderson and Dane Bowers’s public PDA and even Bennifer 2.0, hot girl autumn seems to be in full swing among A-listers. Remember that one Instagram post where Megan Fox admitted to ‘christening’ the table in her Airbnb room that she shared with Machine Gun Kelly (MGK)? While her fans sarcastically wondered if she ate a whole pizza by herself and Googled ways to be an Airbnb table in their next life, Grazia dubbed Fox as the “queen of hot girl autumn” herself.

Let’s be honest here, the Kardashian-Fox double date at the men’s toilet of the Barclays Center, New York has been one of the top highlights of the week. This begs the question: are we really in the age of power PDA or just explicit publicity?

According to Gabriel, Kourtney Kardashian has seen her market value skyrocket with the PDA documentation of her and Barker. “If we take some of Kourtney’s recent ‘candid reportage’ snaps with Travis, we’ll note that most photos have been taken by a bystander, avoiding any unflattering poses,” the expert explained. The photo of Kadarshian on a yacht, kneeling up to the Blink-182 drummer in a passionate kiss, is a perfect example of this.

Gabriel highlighted how the Kadarshian adopted the “he rather uncomfortable” Bambi pose which is favoured by influencers while wearing a swimsuit, because of the way it flatters the body—accentuating natural curves while avoiding all sorts of folds our skin is subjected to while kneeling. “What this demonstrates is that behind every seemingly carefree PDA photo is someone charged with getting the shot right.”

The trend has, in fact, already translated into fashion—with searches for ‘lace up’ surging 308 per cent on Boohoo. The Venice Film Festival also witnessed Zendaya single-handedly carrying the entire movement on her bare shoulders. Zoe Saldana and husband Marco Perogo were also pictured kissing on the red carpet while Grazia noted how Sophie Turner and Joe Jonas were all over each other at his concert. The trend has also been trickling down into the masses with dating app data reporting a surge in the ‘kiss’ and ‘heart’ emojis in bios. 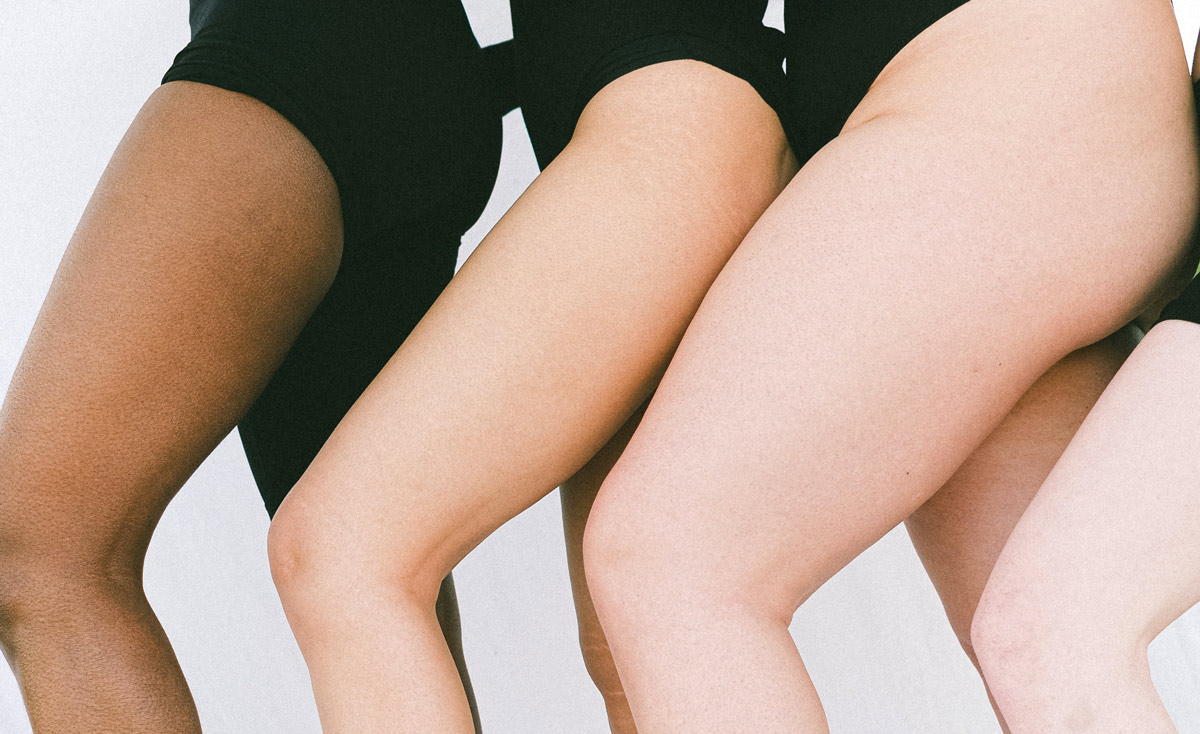 The Kardashians’ damaging impact on body image, from BBLs to the popular new drug Apetamin

From the 90s ‘anything bigger than a size 8 is fat’ era to the now reign of the Kardashians, the media has had the body image of women and feminine-presenting people in a chokehold. Now, there is another dangerous method on the rise: Apetamin.

During the Keeping Up With The Kardashians 2021 reunion special, the infamous family was asked by Andy Cohen whether they feel responsible for promoting an unattainable beauty standard. Now, we all know the real answer, duh… they obviously are. But of course they denied this statement. In a response that angered the internet, “No, I don’t,” Kim Kardashian replied. “Because I think we get up, we do the work. We work out.”

Kendall Jenner added to her sister’s response, “We all really enjoy taking care of ourselves and being healthy, so I think if anything, the only thing we’re really trying to represent is just being the most healthy version of yourself.” This seems ironic, not only because of the family’s obvious history of heavily editing their photos but also the disturbingly lengthy timeline of promoting unhealthy and dangerous methods of weight loss. From appetite suppressant lollipops to ‘skinny teas’ the evidence is there.

Khloe Kardashian, perhaps most guilty of the above, disturbed and angered fans after comments that were made in a conversation with Jay Shetty, “I can’t stand people that are like eating a bucket of Häagen-Dazs ice cream and they are like ‘I am so fat’ and they won’t work out, they won’t change their diet, they won’t drink more water.”

With a history of promoting ‘skinny teas’, heavily photoshopped images and eventually admitting to a nose job at the reunion, many pointed out the hypocrisy of her statement—labelling her a fat-shamer. Kardashian also got into hot water over her response to an image that surfaced of her ‘real’ body.

More insidiously, the critical understanding of race is at play; the valid accusations of blackfishing are stacked against the family. These same features that are fetishised and adorned on white bodies are then sold back as insecurities to those same women of colour. The Kardashians’ role in creating a harmful and unattainable beauty standard has arguably bred a world of dangerous and unregulated methods to achieve this body.

Common definitions of yet another new patriarchal trend of women’s bodies is described as ‘slim thick’, an hourglass figure that involves having a ‘snatched’ waist, fatphobic flat stomach, large breasts and of course a big bum. Now, much like the eating disorders developed from the 90s and 00s, people are turning to dangerous methods to ‘get the look’. Enter the drug Apetamin.

Most people can’t afford the infamously dangerous surgery called the ‘Brazilian Butt Lift’ (BBL): the world’s fastest-growing cosmetic procedure which involves a surgical fat transfer from another part of the body into the butt. The pressure to achieve this expensive ‘slim thick’ look has left people getting cheap surgeries abroad (with many dying as a result) and now, using unregulated drugs.

Apetamin is an unlicensed drug in both the US and UK which has recently taken the internet by storm—widely available to be purchased online, the drug has been promoted by influencers online as a means to achieve a non-surgical BBL effect. Dazed reported in May 2021 that “there are 11 million views on the Apetamin hashtag on TikTok and countless Instagram accounts dedicated to the drug.” However, as of Screen Shot’s reports, the hashtag is nowhere to be seen, with TikTok justifying its removal of the phrase under “behaviour or content that violates our guidelines.”

In an attempt to wipe promotion of the substance off the web, senior health leaders from NHS England wrote a letter to Instagram chief Adam Mosseri that read, “We are writing regarding the unlicensed and dangerous drug Apetamin, which is promoted on your platform and could result in serious harm to any individual who takes it.” It continued, “This substance is consumed as a supplement, to foster a specific body image and shape, deemed to be desirable by some high-profile influencers, and predominantly targeted at younger women and girls.”

It seems to have worked as the hashtag for the drug on Instagram has also been removed since. While investigating the substance, Buzzfeed made a number of inquiries to Amazon (which, you guessed it, sold the product) and YouTube, which hosted a number of videos of users detailing their experience with the drug. The publication’s inquiries led to the product being removed and the videos taken down. So why is it so dangerous?

Apetamin, which is produced by TIL Healthcare—an Indian pharmaceutical company—is promoted as a substance that will stimulate your appetite. In other words, its aim is to help you gain weight. Containing an ingredient called cyproheptadine hydrochloride—a prescription-only (in the UK and US) antihistamine used to treat allergies—Apetamin is not regulated or approved for safe consumption by neither the Food and Drug Administration (FDA) nor the Medicines and Healthcare Products Regulatory Agency (MHRA).

While speaking to gal-dem, registered dietician Tai Ibitoye explained that it works by “block[ing] histamine receptors so that the chain reaction that causes the symptoms of allergies is stopped. The potential side-effect of this particular antihistamine is increased appetite and weight gain.” The illegal import of these products has put many women at risk, more specifically black women.

As someone with a severe nut allergy, I’ve had a history with strong antihistamine epipens and let me tell you, it’s no joke. Those who have used Apetamin have reported a number of serious side-effects including severe drowsiness and weakness, nausea, tremors and shaking, blurred vision, heart complications, liver failure and some even fell into a coma. I can personally attest to some of these symptoms.

In a BBC Three documentary released in April 2021, Dangerous Curves: Get Thicc, Get Sick?, Altou Mvuama disclosed her mother’s coma experience with Apetamin. Another previous user of the drug, Jahnelle Owusu, told Buzzfeed she wanted to attain a “womanly figure.” After six bottles she had gained 60 pounds but developed severe swelling around her lower joints and extreme fatigue. “It’s not fatigue as in you’re just tired—it literally puts you to sleep,” she stated.

YouTuber AshaGrand also claimed in the documentary that Apetamin had caused her to fall asleep at the wheel of her car, causing a terrible car crash that almost took her life. It goes without saying, but do not take this drug—not just because of its dangerous side-effects but more so because you do not have to go to those measures to change your appearance in the first place.

We have to free ourselves from this Kardashian chokehold and breathe a body neutral reality again.