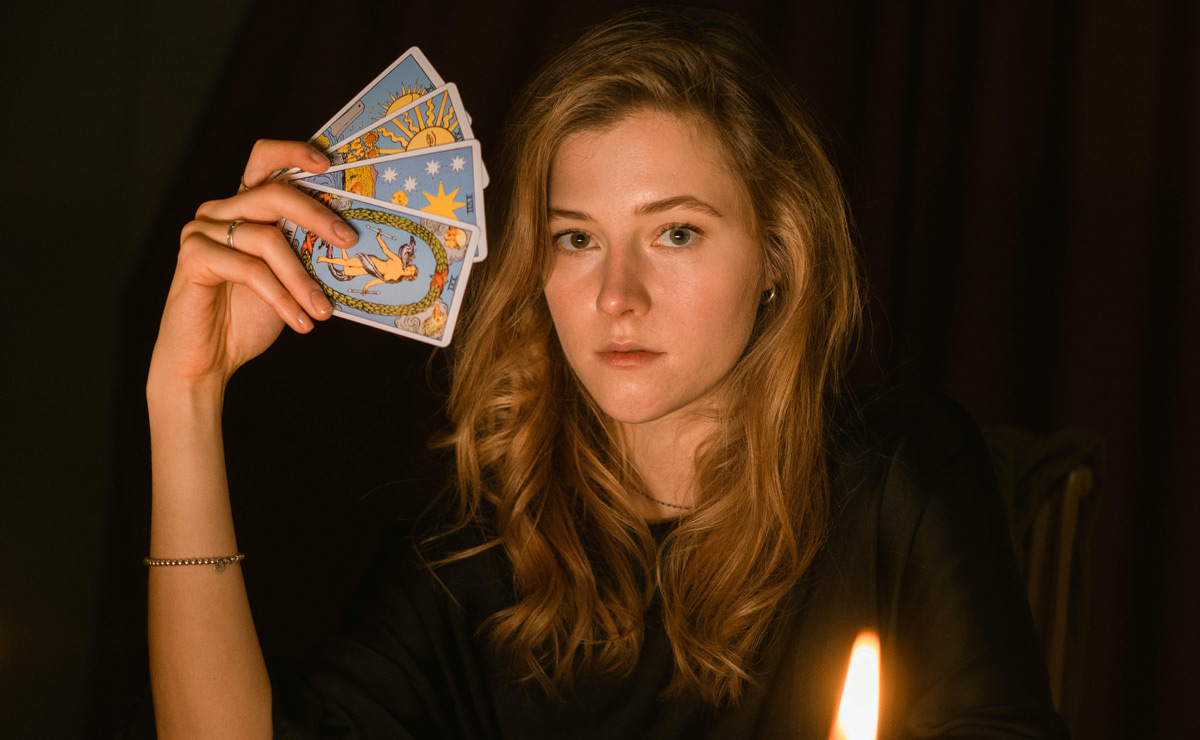 What love tarot readings can tell you about your relationship

Love life issues are a significant topic of interest when it comes to tarot readings. Whether it’s about your intention to win over someone’s heart, an existing relationship that’s going through a rough patch, a ‘soul contract’ type of connection that is going through a difficult phase or simply your curiosity about how your love life will look like a while from now on, a tarot reading can provide a lot of insight, support, and guidance.

If you’ve never tried to get a tarot reading for your love life, you’ve been missing out on a great opportunity to see things from an entirely new perspective and find potential solutions to all your current heart dilemmas.

If your relationship or desired connection is not going quite according to plan, getting a tarot reading about it can help you make sense of things you might not have been able to figure out yet. Although most people love to hammer in how communication is key when it comes to building a solid foundation for a relationship, they often find it difficult to be fully open. As a result, you end up having to keep some secrets from your partners or prospective partners—and they are most likely holding back some information too. It’s only human.

But some of those missing bits of information can leave you in the dark when there’s some sort of conflict or misunderstanding. A tarot reading is able to pick up on these things and shed light on aspects you might have ignored or not been aware of up to that point. In some cases, your partner might even act immaturely and claim things that aren’t actually true. In that case too, a tarot reading can really help you regain your sense of balance as you find out the root causes, feelings, or attitudes involved in that particular situation.

Of course, it’s important to have those discussions with your better half once you’ve got a clue as to what might actually be going on. But a lot of the time, you might not have even thought about the things that a tarot reading can bring up and therefore reach the wrong conclusions about the whole situation.

One of the important roles that love tarot readings play in our connections is the fact that they are able to paint for you the picture of a situation or interaction as seen from your partner’s point of view. The insight given to you during a love reading can sometimes cause massive perspective shifts in how you perceive and/or understand reactions, stands, ideas or situations involving your partner or prospective partner.

A reading has the ability to share with you glimpses into how your partner thinks, feels, and why or how they might decide to behave next. Knowing how things might unfold in a situation can help you decide on your next course of action based on the type of results you’d want to get. Gaining insight into how things could unfold should you do this or that can have a massive impact on you achieving your desired results. It nuances your perspective and shifts your focus from the details of the current situation to the bigger picture of where things might be going next.

While one love tarot reading might not have this massive of an impact on your personal growth and development, getting love readings every now and then can help guide you along your path towards emotional and personal development. Not only are you able to understand on a deeper level what sort of consequences your choices and desires can have, but you also become keenly aware of the effect it can have on others and the ones you love.

Some of the issues that come up during that reading might also pertain to your inner child and shadow aspects which still need healing, and awareness is the first step towards actually healing. Once you’re starting to make progress towards healing yourself, you’ll see your love ties change and grow along with you.

Love tarot readings can be a very powerful tool when it comes to managing and resolving relationship issues, achieving a shift of perspective when it comes to what’s going on, and also making progress with your emotional and personal development. All you have to do is approach them with an open mind and an open heart. Can you do that? 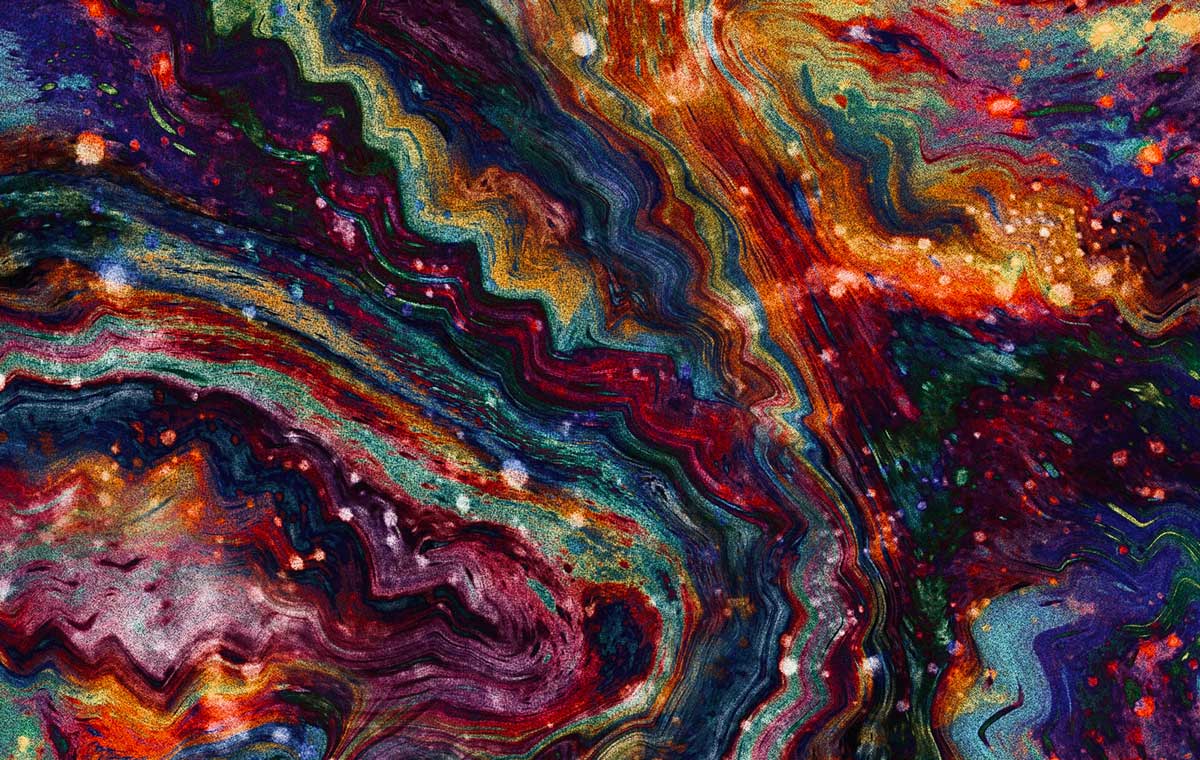 How to read tarot cards

What are tarot cards?

While some would say they never lost it in the first place, tarot cards are finding their spotlight again—and no, you don’t have to be a TikTok witch to own a pack of them. The earliest recorded decks originated from Europe, and have been around since the mid-15th century. Only in the 18th century were they used for the prophetic purposes that most know them to be today, but they were actually intended to be a fun parlor game. Between those that think all tarot card readers are bonkers, to those that carry a handy pack in their back pockets, are a lot of us, who dip their toes in here and there just for fun. So what are they really, and how can beginners read tarot cards?

First and foremost, tarot cards are just a pack of cards with different pictures on them. Those pictures represent a meaning, and aesthetic styles vary infinitely—so when finding the right pack for you, find a style that makes sense to you intuitively, as you’ll need to decipher the meanings after all. The most well known tarot deck is the Rider-Waite tarot deck. Each tarot deck traditionally comes with a little book that explains each of the cards that you pick, so you won’t be completely in the dark there.

How to read tarot cards

Whether you’re reading the tarot cards for yourself or for someone else (also called the ‘the querent’), there are two common ways of reading and displaying the deck but bear in mind that again you should tailor it to suit the way it feels right to you. There are question readings, and there are open readings. Question readings address a specific question that you ask before displaying the cards, not a yes or no question however, as tarots are intended to help you face what it is that you need to confront within yourself.

So you will either be displayed a randomly selected few cards onto a table or flat surface, or just one card (this comes down to preference, there are many different card spread suggestions out there if you want to look into it) and the purpose of the cards is to sit with whatever thoughts that the turned over card evokes towards the question that you asked, and in this action you yourself will answer your own question.

Open readings are just that, you shuffle and display one or more cards and again address whatever emotions or thoughts that the cards evoke in you—with the help of the explanation pamflet that will summarise each of the cards intended meaning. The real trick to this practice is to have a very open mind, really wipe your thoughts clean.

A deck display that is mostly used if you do want a suggestion to start you off is a three card spread, which is where the reader (you or someone else) pulls three cards from the deck at random. Usually, the first card that you pick represents the past, the second represents the present, and the third card represents the future. You could also do a simple daily reading, where you pull a single card from the shuffled deck, in doing this you’ll practice simply becoming more in tune with your thoughts.

Depending on what tarot deck that you choose to use, despite each being different, they all have overriding commonalities, for example with the Rider-Waite-Smith deck, there are two main types of tarot cards, the Minor Arcana and the Major Arcana.

The Minor Arcana cards have four suits, just like regular playing cards but these are wands (which focus on inspiration, tasks, goals, and creativity), cups (think emotions, relationships and feelings) swords (are all about reason, truths, and observations) and pentacles (representing material items, careers, or your home life). These cards deal with the more day-to-day issues and questions, the subtleties of life if you will, that we need to pay more attention to.

The Major Arcana cards deal with your life’s overall journey, or big milestones that you encounter on it. They represent the life lessons, karmic influences and the big archetypal themes that are influencing your life. These cards are also known as ‘trump cards’ and include numbered cards and one unnumbered card, ‘the Fool’, who is in a way the main character of the Arcana cards. The picture shown on that card is of a young man standing on the edge of a cliff but gazing upwards toward the sky (and the Universe), seemingly unaware that he is about to skip off a precipice into the unknown.

The cards in this particular deck are also read differently depending on how they fall, in this instance, if the Fool is seen the correct way up, then it represents new beginnings, opportunity and potential over the cliffs edge. If it is upside down, it means you might not be ready to embark on a new project, or that you have worries on whether you have all the tools, resources and confidence you need to make the project a success. Either way the card lands, it can be helpful in allowing your insecurities or feelings to surface, as you are now, in a sense, being asked by the card to question your thoughts towards something that is going on in your life.

Why you should try tarot card reading

The important and most useful part of wanting to read tarot cards is the power they have to allow our own minds the reflection and meditation that the fast-paced world of today sometimes strips us of. The cards have even been used alongside therapy, as Inna Semetsky, PhD from Columbia University told Cosmopolitan magazine “Tarot cards are universally applicable and can create a visualization of your situation, once you see things laid out, it becomes clear what you actually want. They help you externalize your problems.” And the Swiss psychiatrist, Carl Jung went as far as saying that tarot cards could be used to represent the “archetypes of mankind.”

Reading tarot cards doesn’t mean you’re psychic, remember that your future will always remain changeable and unknown—this should feel exciting, but when it does feel daunting, there’s no harm having a little tarot help to remind you what you want from life!