Pick up lines that actually work

How to use pick up lines

Just because it’s called a ‘pick up’ line, it doesn’t necessarily mean it works! In fact, more often than not your ass is getting dropped like the angel falling down from heaven you said I was. Pick up lines are a planned effort, a quick one-liner that someone will come up within the hope of seeming bold enough to start a conversation with someone they find romantically intriguing. Think about the amount of work behind a pick up line like “Is there an airport nearby or is it my heart taking off?”. Now think about how quickly it took me to literally take off.

Thanks to the blush-free zone that texting and dating apps introduced, embarrassment became pretty easy to hide these days. We’ve all experienced the ‘fuck it’ backseat driver of our decisions loud and clear, telling you to do something you would otherwise chicken out of doing in person.

Because of this, pick up lines have reached new heights of awkwardness and some are so bad that you’re even tempted to laugh, or worse… give in. I’m all for a give it all or give it up attitude, but where do you draw the line with these pick up lines, huh? After all, some of them must have worked to get us here, so don’t we owe them the benefit of the doubt?

Pick up lines that work

In some cases, yes, pick up lines can result in a successful approach. Positive results are simply weighed up on the basis of whether the pickup lines are said in person or over text. If someone comes up to you with a “You’re so beautiful, you made me forget my pickup line,” you could hope they went no further and give them a chance, but how about if they said, “My love for you is like diarrhoea, I just can’t hold it in?” Babe, point that foot towards the door and giddyup.

Obviously dependent on pick up line content, people are also generally less inclined to reject someone in person as texts are easier to ignore and decline, as well as easier to go all out on what’s being said, because if it doesn’t work—nothing is stopping you from pressing delete and disappearing. With a stroke of luck, pick up lines feel tailored to you, or to a ‘criteria’.

For example: *your dating app picture is near a ‘no smoking’ sign* and someone comments “The sign says no smoking but you smokin’ hot,” which either means they spent a while googling something to say to you or there’s a lot of other people out there with a ‘no smoking’ sign on their profile.

Admittedly, pick up lines are more interesting than a bland “hey, how’s it going?” The best you’re going to get from that is a “yeah good thanks, you?” or no response at all. Instead, find something that you think they would want to talk about, if you actually want to start a conversation. If you just want to get into their pants, well, here’s to hoping they just want the same thing!

Dos and don'ts for pick up lines

Don’t: be creepy, just don’t. Context is key. Don’t go sniffing down someone’s neck on the night bus telling them that you like their perfume.

Don’t: take it personally. The chances of finding a single, interested and available person when you want them are slim.

Don’t: keep going after they say no. No really does mean no.

Do: show an interest. Ask them something, don’t just comment on something.

Do: be patient. Pushiness is annoying and a big turn off for most.

Do: be yourself. Just because something worked for someone else doesn’t mean it will work for you. Being yourself is usually the best way to charm someone.

Funny and cheesy pick up lines

Although most pick up lines can be too crude or simply too cheesy, sometimes using one can lift up the mood and make whoever you’re trying to charm laugh. Here are a few cheesy yet funny pick up lines for you to try.

“Are you French? Because Eiffel for you.” Ridiculous, but then again, someone could admire the risk taken here.

“I wish I were cross-eyed so I can see you twice.” So strange it could definitely make someone laugh!

“Are you a bank loan? Because you got my interest.” This one obviously took a lot of work, A for effort.

“We’re not socks, but I think we’d make a great pair.” Cute metaphor.

“Do you like Star Wars? Because Yoda only one for me!” I mean, this one is so cheesy it should be banned but then again, it is kind of funny.

“Is your name Google? Because you have everything I’ve been searching for.” Have to love a good Google metaphor.

“Was your father an alien? Because there’s nothing else like you on Earth!” Again, strange but why not?

If we stop and step back for one minute, it is quite clear that pick up lines are borderline reverse psychology. Most of the time, it comes down to whether you find the person saying them attractive or not. Unfortunately, no matter how subtly hilarious your pick up line is, that’s the make or break right there—if you find someone attractive, you’re more likely to give them the time of day no matter what they say to get your attention. This is universal, so again, don’t take it personally. As shallow as it seems, forgive me. Because I’m lost, can you give me directions to your heart? 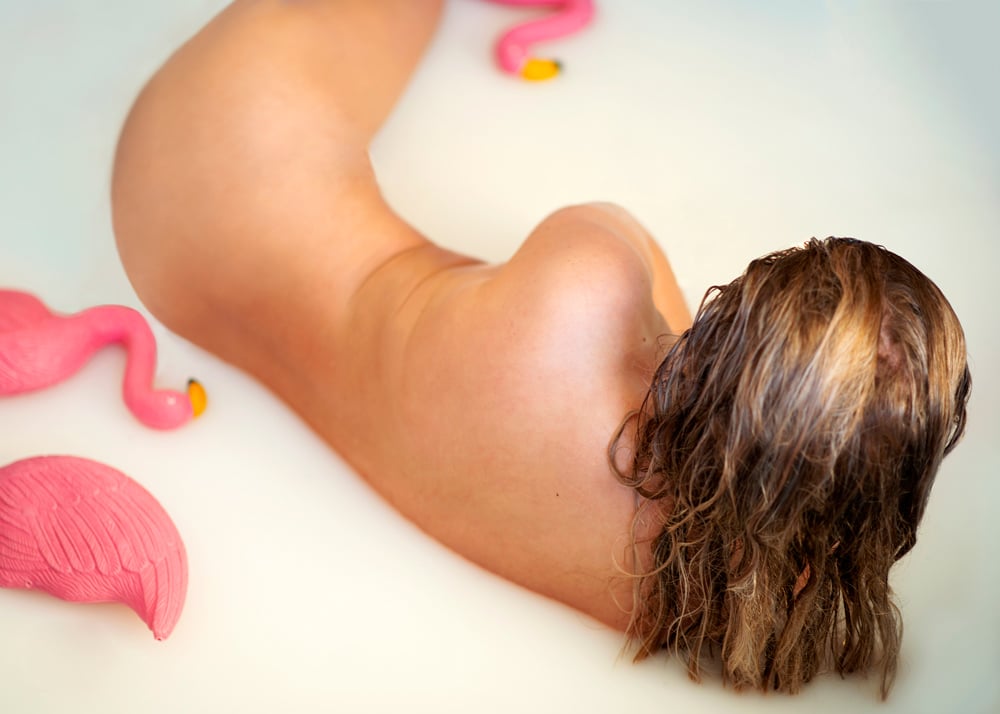 Top 15 of the best dirty pick up lines

For new gens, cringey pick up lines made by self-assured men at a bar are but a reality strictly seen in 90s movies. But where OK Boomers associate pick up lines with sketchy bars, new gens associate them with dating apps. We’ve all had one (at least) sent to us. And let’s be honest, some of us have also sent an occasional one to some hot match, too.

When it comes to sparking a conversation with a stranger on an app, pick up lines come in handy—or at least are the easiest, and sometimes worst, way to get that convo flowing. And as virtual conversations on dating apps are currently rising by the millions, with Bumble recording a 26 per cent increase in sent messages in New York alone, more and more ingenious pick up lines are showing up on our radar. That’s why we decided to deep dive through the many pick up lines we’ve seen, from funny pick up lines and dirty ones to lame and cringey ones, and created a compilation of the best pick up lines ever.

As sensitive of a topic the COVID-19 pandemic can be, it’s also good to laugh at the gravity of the situation. It seems like many people using dating apps have already seen the potential in coronavirus pick lines. Here are 5 of the best ones we’ve received:

“Is that ass a ventilator? Because it’s giving me life right now.”

“Is heaven your quarantine zone? Because you look like an angel.”

“I’m just a girl, standing 6 feet away from a boy, asking him to maybe move back another foot. Thanks.”

“Are you a pandemic? Because you’ve got my heart on lockdown.”

Dirty pick up lines are a risky move. Very few people will appreciate receiving one as a conversation starter, but the ones who dare to use them seriously and successfully deserve a lot of respect.

“Down to wine and 69 if you’re up to drink whiskey and get frisky.”

“Have you got home insurance? ‘Cause I’m gonna smash your back door in.”

“Are you a chicken farmer? Because you sure know how to raise a cock.”

“Are you a haunted house? Because I’m going to scream when I’m in you.”

If you ask us, most pick up lines are cringey but sometimes, you get lucky (or unlucky) and end up receiving an extra cringey one. Here are a few of the cringiest pick up lines out there:

“Is your name Earl Grey? Because you look like a hot-tea!”

“If you and I were socks we’d make a great pair.”

“I’m glad I brought my library card with me, ‘cause girl I am checking you out.”

“Do I know you? You look like my next girlfriend… 🙊”

These ones aren’t real pick up lines, but they’re conversation starters that made us laugh because of how random and weird they sound. Enjoy!

“Out of all the animals in the world, which would you eat its ass?”

“I have coke and you can call me daddy if you like.”

With the important part that dating apps took in our dating lives came the overflow of boring chats. ‘Hey lovely’ and ‘What’s up?’ are not enough anymore—everyone deserves a bit more than that—pick up lines can sometimes represent that extra effort.

So, what are you waiting for? Try your luck, try to start a conversation with a pick up line (you get some extra points if you use a COVID-19 one).