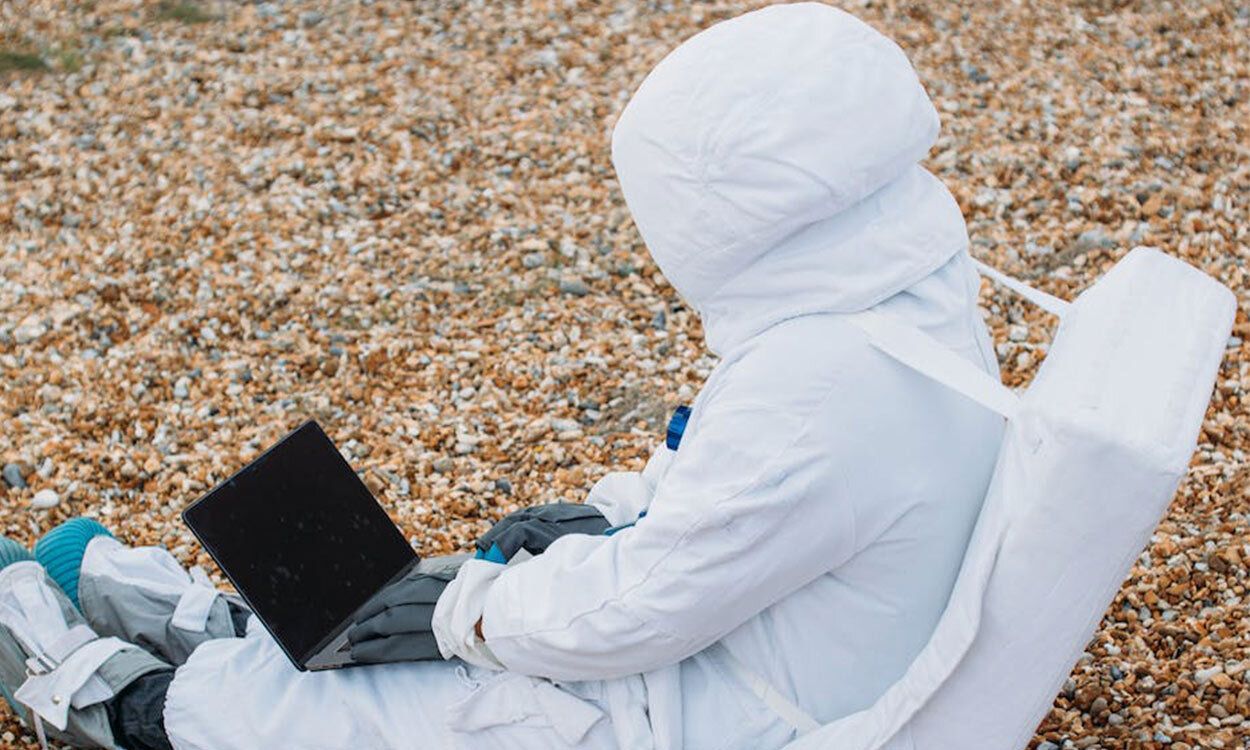 Catfish astronaut scams woman out of $30,000 by claiming he needs to ‘get back to earth’

Online dating has never been for the faint-hearted, nevertheless, this recent case of extreme catfishing would push even the toughest virtual romance-seekers over the edge.

A Japanese woman recently fell victim to the scam of all scams—spending $30,000 of her own money to help her fake Russian astronaut boyfriend allegedly build a rocket and land safely back on earth.

According to VICE, the phoney spaceman found his unsuspecting victim on Instagram. The imposter uploaded a series of random images of space, indicating in their captions that they depicted his view from the International Space Station (ISS).

While our scammer may have selected his victim on Instagram, the pair’s main form of communication was on the instant messenger app LINE, which is extremely popular in Japan.  As you’ll find in the messages below, LINE truly hosted all the highs and lows of the two love birds’ instant connection.

Quickly after their initial meeting on 28 June 2022, declarations of love began to pass to and fro, and on multiple occasions, the unnamed man expressed his desire to meet in person. He wrote: “I want to start my life in Japan,” and “Saying this 1,000 times won’t be enough, but I’ll keep saying it: I love you.”

Unfortunately for the 65-year-old woman from Higashiōmi, her virtual lover soon proved to be more costly than initially anticipated. Japanese news outlet Yomiuri Shimbun has reported that between 19 August and 5 September, the woman sent 4.4 million yen (approximately $30,000) to her beloved, believing that the money was being used to construct a rocket capable of transporting the astronaut home to earth. Kudos for catfish creativity.

Thankfully, the unidentified woman soon grew concerned about the potential validity of her cosmic connection and reported him to the police. This particularly mind-blowing put aside, online romance fraud does appear to be on the rise. In their 2021 Half Year Fraud report, UK Finance found that “nearly 40 per cent of people looking for love online were asked for money,” and that “over 57 per cent of those who were asked for money said that they gave it or lent it.”

While still harmful in their own way, hopefully, upcoming catfishing-related trends such as reverse catfishing and kittenfishing shouldn’t break the bank. While the police are currently in the midst of investigating the ‘international romance scam’, whether or not the victim will get any of her money back remains unknown.

In the future, if anyone you meet on a dating app claims to be an astronaut, ask for their NASA ID, heh? 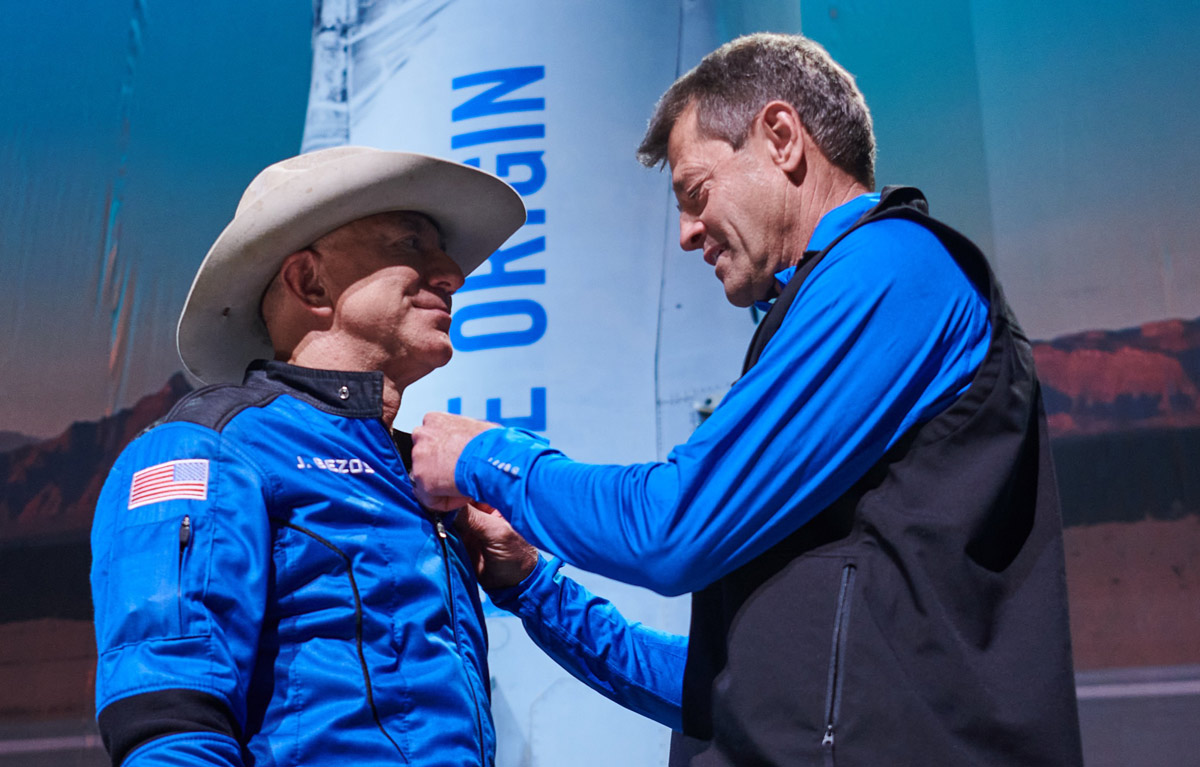 They did it, everyone. Billionaires Richard Branson and Jeff Bezos both made it to space on their respective companies’ spacecraft—although I’m sure the former would like for it to be precised that ‘he did it first’. Since then, space tourism has been on everyone’s lips. But not every person who goes to space is officially considered an astronaut. The US Federal Aviation Administration (FAA) has tightened its rules for how it awards astronaut wings to those riding on private space flights, making it harder to become an official commercial astronaut.

In the US, there are three agencies that designate people as astronauts: the US military, NASA, and the FAA. The former two only give wings to their own employees, so the only way to be officially recognised as an astronaut after a flight on a commercial spacecraft is to be awarded wings from the FAA. They don’t come with any particular privileges beyond bragging rights.

For the FAA to award wings, an astronaut must be employed by the company performing the launch—so tourists that have bought tickets are out. They must also go through training to be certified by the FAA as an astronaut and fly higher than 80 kilometres. And they must have “demonstrated activities during flight that were essential to public safety, or contributed to human space flight safety,” according to the new order providing the guidelines.

With private space ventures such as Bezos’ Blue Origin and Richard Branson’s Virgin Galactic making advances in space tourism, the revised rules restrict who are eligible for astronaut wings. So, what counts as a ‘contribution’ then? Whether a crew member has made a contribution to space flight safety is up to the discretion of FAA officials. Over the last decade, the agency has awarded astronaut wings only to the pilots of spacecraft—“the one exception was Beth Moses, a Virgin Galactic executive who flew aboard the company’s SpaceShipTwo craft in 2019,” writes New Scientist.

The main criteria seems to be that the astronauts must be designated as crew members performing some task aboard their flights, not simply passengers. Keeping that in mind, when it comes to Richard Branson’s 11 July flight, Virgin Galactic designated him and the other three passengers on the flight as crew members testing the spacecraft, but it’s not clear whether they “contributed to human space flight safety” in general.

Things are clearer in the case of the 20 July Blue Origin flight: the spacecraft was entirely controlled from the ground, not by Jeff Bezos or any of the other three passengers, so all they had to do was enjoy the ride. “This is an autonomous vehicle. There’s really nothing for a crew member to go do,” Blue Origin Chief Executive Bob Smith said at a media briefing before the launch. That means that they don’t qualify for astronaut wings under the FAA’s new rules. Sorry, Bezos.

However, the new order also notes that individuals who demonstrate “extraordinary contribution or beneficial service to the commercial human space flight industry” merit special recognition. “These individuals receiving an honorary award may not be required to satisfy all eligibility requirements,” FAA noted in the revised rules.

This means that Wally Funk, a passenger on the Blue Origin flight, who trained to be a NASA astronaut in the 1960s but did not get to go to space then, may still get her astronaut wings.