Untyping: a 2022 trend that wants you to ditch your usual dating ‘type’ for someone new – Screen Shot
Deep Dives Level Up Newsletters Saved Articles Challenges 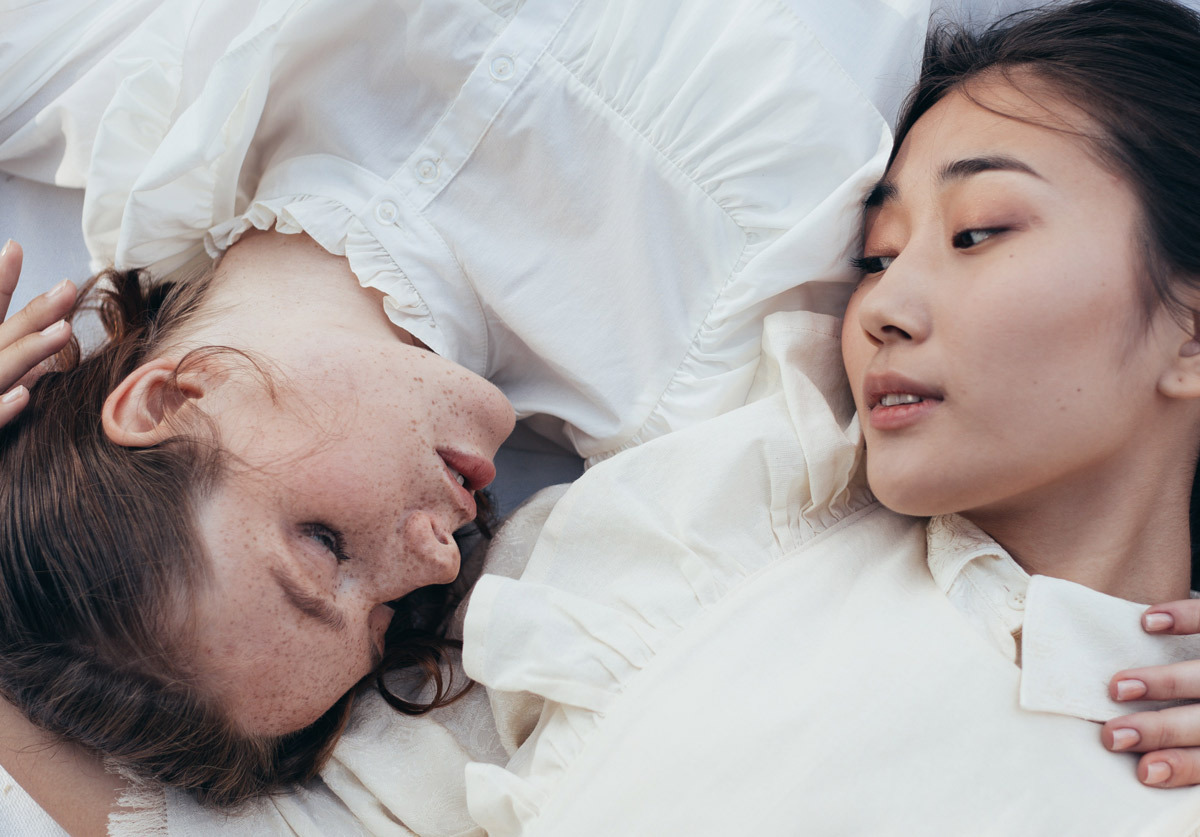 Untyping: a 2022 trend that wants you to ditch your usual dating ‘type’ for someone new

Kim Kardashian with Pete Davidson? Her sister Kourtney with Travis Barker? Are those somewhat out of the ordinary relationships a reflection of the now-infamous manic pixie boy hype or could they be part of a new dating trend predicted to be one of many to dominate 2022? Well, among the long list of new dating trends set to make their mark this year, one in particular caught our attention: untyping.

Untyping is a term that has been coined to describe the act of dating people outside of your usual ‘type’. Perhaps it was first established through the unrelenting and determined search by, what some may call, superficial (and toxic monogamous) Love Islanders’ for their ‘she’s my type on paper’ partner. That phrase, once humorous, became an eye roll-worthy meme that left audiences frustrated at the lack of diversity in the show’s casting and dating interests.

It is important to recognise that often physical ‘types’ are ones dictated by beauty ideals of the time—take the end of the BBL era and the emergence of the low rise jeans trend that have left many concerned about the return of the 00s’ toxic body culture. These mainstream ‘types’ cannot escape the racist ideals of society which help define them. Historically, beauty standards have often appeared largely determined by the rejection of women of colour to uphold white supremacist aesthetics as well as periods of co-option and appropriation.

“One of the biggest battles younger generations are facing is comparing themselves to others that they see on social media in regards to dating, relationships, body image and sex… Since [they] have grown up with the internet and social media, it has become a huge part of their lives and therefore a huge influence,” Erin Tillman, a dating expert known as ‘The Dating Advice Girl’, told SCREENSHOT in 2021.

But now, according to Badoo—a social media platform which primarily focuses on dating—2022 could be the year where this all changes; where people throw away their typical ‘types’ and meet someone different. Becoming more open, free and expressive. Often we are boxed in by societal expectations of the dating scene but with gen Z carving a new freedom through ethical non-monogamy, solo polyamory and fluidity, in both sexuality and gender, a long overdue relationship anarchy is on the horizon.

The research into the untyping trend

The app conducted consumer research with OnePoll—a survey-led market research company—questioning 1,000 daters in December 2021. They collectively found that 77 per cent, over three-quarters of their sample, stated a desire to date outside of their typical ‘type’ in 2022. Badoo suggested that this may have something to do with celebrity influence. Cosmopolitan cited the example of Kardashian and Davidson as a reference to people’s changing preferences. Although, some would argue that dating the likes of Davidson, Barker and MGK (not that you’d want to, he has a terrible predatory history) is just the new trending dating ‘type’.

As mentioned, this isn’t just exclusive to physical ‘types’ but also translates into the characters of the people you usually date. Their behaviours, their likes and dislikes, and of course, their overall personality. It is by analysing the personality ‘types’ of your dating history, seeing the correlations, and identifying if you do indeed date the same kind of person that could motivate a change, according to Badoo’s global dating expert Sophie Mann.

This is how she suggests you should start your untyping journey: “Reflect on how your usual type has gone wrong in the past. If your usual type is someone who’s into partying, but you’ve not received enough quality time from them, look for someone a little more introverted or laid back.” 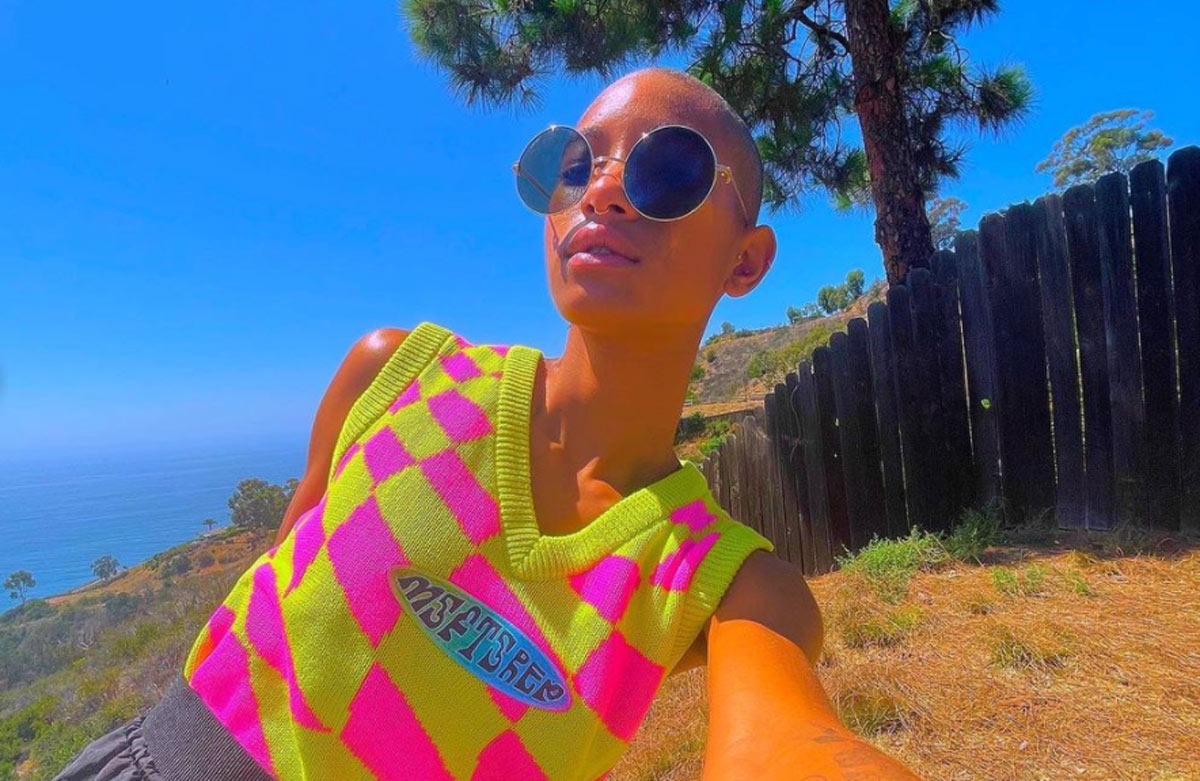 Through solo polyamory—that is, having multiple intimate relationships while maintaining an independent single freedom—women are experiencing a self-love like no other. A self-love which requires commitment to the ‘self’ but also an acknowledgement that one lover is not always what a human being desires, sometimes it’s two, sometimes it’s even more.

Willow Smith, pop punk singer and black alt-girl icon, has openly talked about belonging to the polyamorous community while routinely sharing Instagram posts on what polyamory is all about. More and more women seem to be defying the status-quo of what a relationship should look like and as ‘relationship anarchy’—don’t worry, I’ll explain soon enough—becomes a more common reality for the younger generation, it seems that it’s time to seek relationships that work for you, even if they’re still frowned upon in modern-day society.

“Most people practise monogamy because they feel like they have no other choice,” Jayda Pinkett Smith said as she sat between her mother and daughter during their Red Table Talk episode on polyamory. Willow, 21, who first explained that she was introduced to polyamory in a non-sexual way added that the practice consists of having the freedom to “choose a relationship style that works for you.”

The singer appears to have never shied away from the topic and shares daily posts about solo polyamory in particular and what loving multiple partners entails. With a follower count of 9.7 million fans, it’s clear that the youngest Smith wants to educate people on a mode of loving that is often stigmatised or not as widely understood as traditional monogamy. One of those followers who Smith successfully educated was myself.

Though I was aware of polyamory during my later teen years, I had not been exposed to solo polyamory specifically, until I saw the many shared posts which filled Smith’s Instagram stories. Here was a young black woman, a singer and a Scorpio (just like me) who was daring to demand a style of relationship that suited her capacity to love and to share this openly. So, what actually is solo polyamory? How is it different from the polyamory representation we’ve come to know?

What is solo polyamory?

A popular solo polyamory blog, solopoly.net, defined individuals who are solo polyamorous as those who do not have intimate relationships which involve, or head towards, the merging of life infrastructure through the traditional social relationship escalator. Simply put, typical traditions like marriage, the joining of finances and cohabitation are all components of the relationship escalator—things which are commonly the end goals for monogamous (and at times poly) relationships. Those who are solo polyamorous, however, do not desire such things and instead see themselves as their own primary partner, choosing their own autonomy over being with a partner or a unit. Instead, the most important element for them is a deep commitment to themselves.

Polyamory educator and mental health advocate, Gabrielle Smith, uses her social media platforms to discuss what non-monogamy can look like and often talks about the discovery of ‘self’ that is a by-product of it. In one Instagram post, Gabrielle detailed that solo polyamory is about choosing yourself first while in another she explained that restoring one’s sense of self is essential in order to be ethically non-monogamous.

Gabrielle and Willow are two black women in the spotlight who have chosen to pursue a relationship style which decentres the idea that a partner makes a woman ‘complete’. Instead, they embody the narrative that they are whole themselves and that no one outside of them is ‘the one’—an idea that has long-defined monogamy. Marriage—which is historically linked to the abandonment of surnames when it comes to women, the conjoining of finances (often to their detriment) and the eventual role of motherhood—becomes an avoided necessity in solo polyamory and instead the priority is individuals finding love within themselves first and foremost.

Therefore, it is unsurprising why this particular style of polyamory has become increasingly popular among women, specifically women of colour (WOC). Self-titled ‘Sex Positive Asian Auntie’ Jayda Shuavarnnasri, a sexuality and relationship educator, shared similar sentiments on her own platform, telling her followers that being solo poly meant that she is “experiencing myself, centring myself and choosing myself every day.” This radical love for oneself appears to be disrupting the traditional—and let’s be honest, archaic—modes of relationships of modern-day society.

This disruption could represent the revival of ‘relationship anarchy’. Andie Nordgren, who coined the term and wrote The Short Instructional Manifesto for Relationship Anarchy, once explained the foundational beliefs of the movement. A core theory is that love is not a limited resource and shouldn’t have to be restricted to a monogamous couple. Love can exist for more than one person (at any time) and can span beyond romance into many different types of relationships such as friendships. All relationships are independent of one another and the distinctions that have been societally imposed on us take away the uniqueness of each individual and, in turn, the unique relationships that should exist because of it.

What we are seeing with the younger generation today are rapidly-evolving ideas of relationships. From platonic partnering to solo polyamory, relationship anarchy is truly in action as many continue to redefine the boundaries of friendships or the openness of love. I suggest that, like Willow and Gabrielle, we all try to fearlessly explore the very thing which impacts all our lives: our relationships. And how we make them work for us.