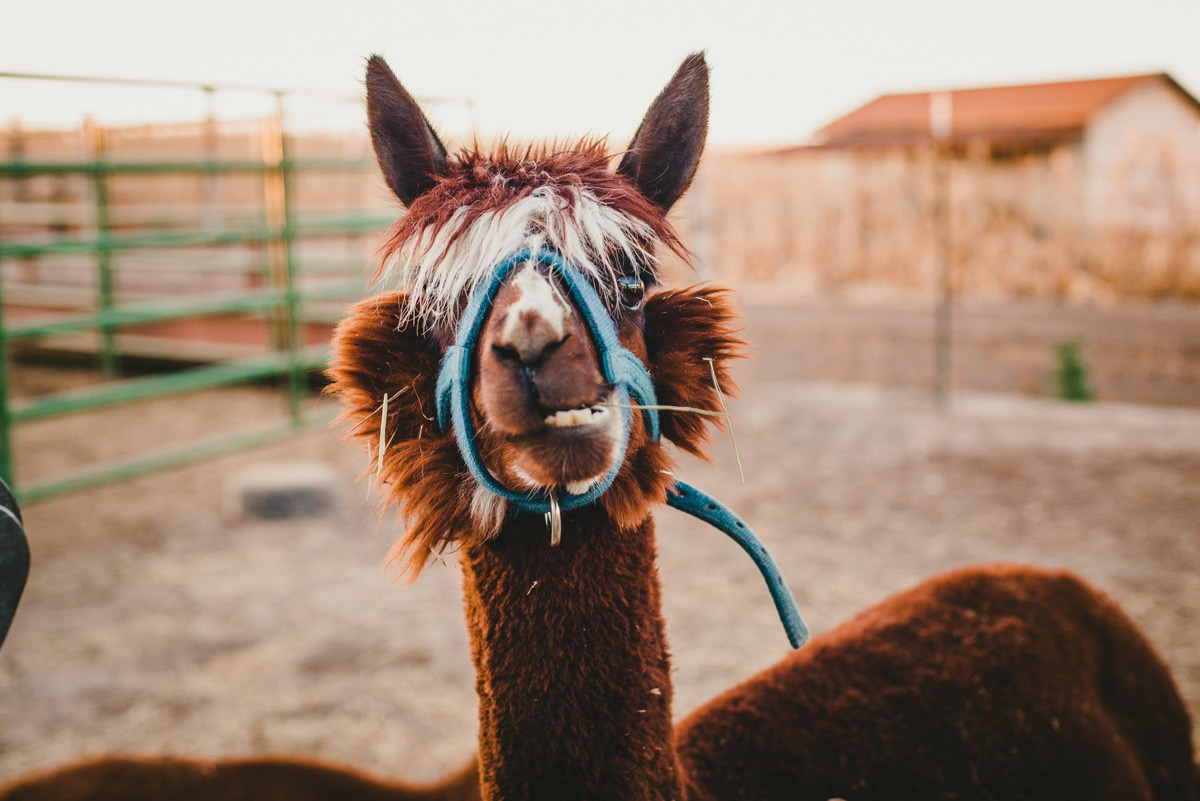 Alpacas prefer classical music. Here’s how it could save their lives

You’ve heard of emotional support animals from dogs to cats and even parrots, but what about alpacas? Introduced to the UK in the 1990s—the era of MTV, Tony Hawk’s Pro Skater and grunge music—the fluffy creatures, native to South America, have since sprung up in farms across the nation. Now, there are 45,000 alpacas in the UK. Not only are they kept for their wool, breeding and trekking, but they’re also used for mindful activities such as yoga.

However, despite their rapid rise in popularity over the last 20 years, research is still needed in terms of how, and why they behave in certain ways. In particular, how to reduce their levels of stress, which can, in some cases, be fatal for them. Alpacas have shown to be beneficial for us humans, not only for tourism but also for our mental health. With this being said, isn’t it about time we determined the best way to keep them happy? And could music be the answer? I turned for answers to Hermione Pocock, an Animal Conservation student at Askham Bryan College who’s been working with alpacas for the past two years. Here’s what she had to share on the secret musical taste of alpacas.

The relationship of animals with music

While studying her BSc in Animal Conservation, Pocock has been an alpaca farm manager for the past two years—I know, sounds like a dream job, right? Over the years, she’s developed relationships with the alpacas, although as she notes, “it’s not the same as dogs—they come to you when you have food, not when they’re called.”

However, make no mistake, although you’ll be hard-pressed to play fetch with one of the fluffy, slightly goofy-looking animals, they still have the thoughts, feelings and perception of the world that we do—minus the philosophical and existential dread that we humans are plagued with. In fact, alpacas are actually vulnerable to stress and can, sadly, die from it when being sheared or mishandled in some circumstances.

So, while alpacas are doing bits for our mental health, especially during such a turbulent time in the world—don’t tell me you’ve never Googled ‘cute alpaca videos’ in the middle of a crisis—it’s about time we look out for their mental health too, right? Previous research into animal psychology has shown that dogs can benefit from music, and even exotic animals like elephants and gorillas have shown to have reduced stress levels from music.

“There’s been a lot of research on classical music and how it influences livestock animals like cows. There’s even been research on elephants and gorillas to show the music can reduce their levels of stress. Radio 4 has shown to be beneficial for dogs because they develop more of a bond with people and are therefore comforted by the human voice,” Pocock told me.

But where does this leave alpacas? The truth is, until recently, there hasn’t been any research into how music can influence their behaviour and cortisol levels (the hormone in our brain responsible for stress). As part of her undergraduate degree, Pocock has set out to bridge this gap in knowledge and determine, once and for all, if they could tune into the radio—what station would they choose?

How does music influence alpacas?

For her research, Pocock randomly sampled eight alpacas from the Beacon farm (four male and four female). She then measured their behaviour and took a sample of their cortisol levels using a mouth swab.  Once cortisol levels were taken, the alpacas were then individually shown three audio samples split up into a day: white noise, classical music and Radio 4—one show in particular, The Archers (never been a fan of the show myself).

And Pocock’s results seem to suggest the alpacas agree with me. Although the cortisol tests were not statistically significant, the behavioural data found that the alpacas were most stressed by Radio 4, whereas classical music reduced stress levels. I guess alpacas have great taste. White noise also had an impact on reducing stress levels, but not as much as classical.

Her data showed that there were gender differences between the alpacas too, “there was some difference in cortisol levels, the female didn’t like the radio as much as males. They also showed more negative behaviour when listening to the radio,” she said. What Pocock recorded as ‘negative’ behaviour in her data were the alpacas being distressed or vigilant—which makes sense, alpacas in the wild would be vigilant of predators and Radio 4 is definitely something you wouldn’t usually hear in an alpaca farm.

But Pocock’s results go further than just showing us what DJ set you should spin at an alpaca rave—the data can actually be used to save their lives, by keeping them calm in circumstances where they might be prone to stress. She mentioned, “these results hint that classical music could be a worthwhile option to keep alpacas calm when being sheared or transported.”

Ultimately, it’s a step in the right direction, but as Pocock notes, more research needs to be done in the area. To answer the question though: if alpacas did miraculously form opposable thumbs, they would tune into Classical FM instead of Radio 4 for their evening listening session. 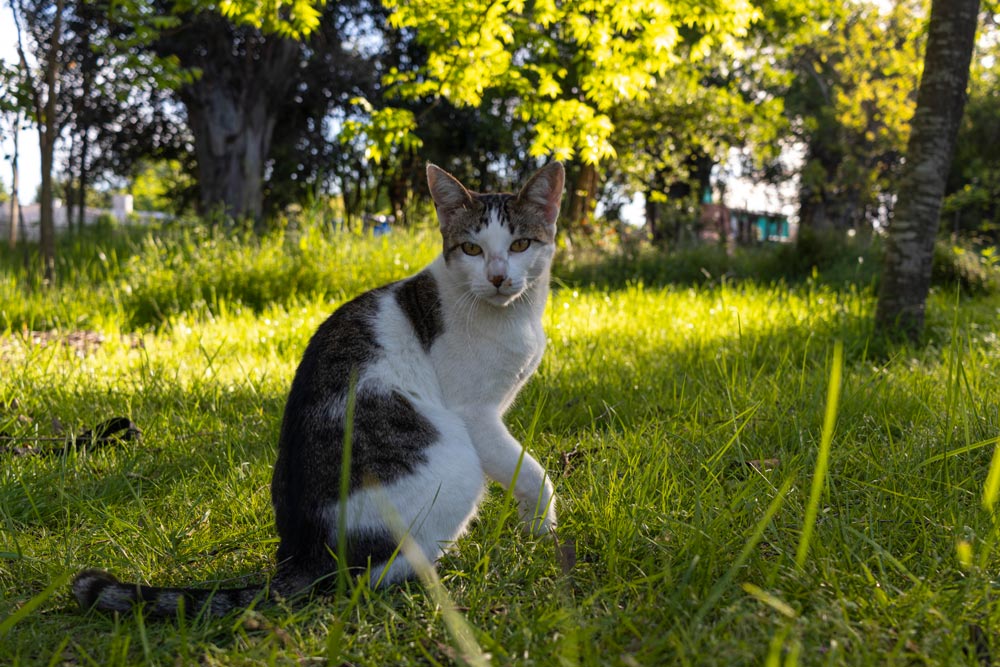 A pet cat has become the first animal to test positive for coronavirus in the UK. The feline was tested at a laboratory in Weybridge, Surrey, last week on 22 July. Evidence suggests it contracted the coronavirus from its owners who had tested positive for COVID-19 previously. Both the animal and the family have since made a full recovery.

Can pets transmit coronavirus to other pets?

According to the UK government’s statement, there is “no evidence” the cat transmitted coronavirus to its owners and that this should not be a cause for alarm. Speaking to Sky News, chief veterinary officer Christine Middlemiss explained it was a “very rare event” and that infected animals detected so far only show “mild clinical signs and recover within a few days.”

Can pets transmit coronavirus to humans?

Cats with coronavirus have been found in other countries such as Belgium and China. Following recent reports of a pet cat in Belgium being infected with COVID-19 in April, a team at Harbin Veterinary Research Institute in China found that cats are highly susceptible to the virus and are able to transmit it to other cats through respiratory droplets. Dogs, chickens, pigs and ducks were found to be unlikely to catch the infection, however. While the findings were credible, they did not indicate cats were an important vector in spreading the disease between humans.

Although it has not been proved that any domestic pets are able to transmit COVID-19 to humans, general advice on fighting coronavirus should be followed with animals. So remember to wash your hands regularly, including before and after contact with pets.