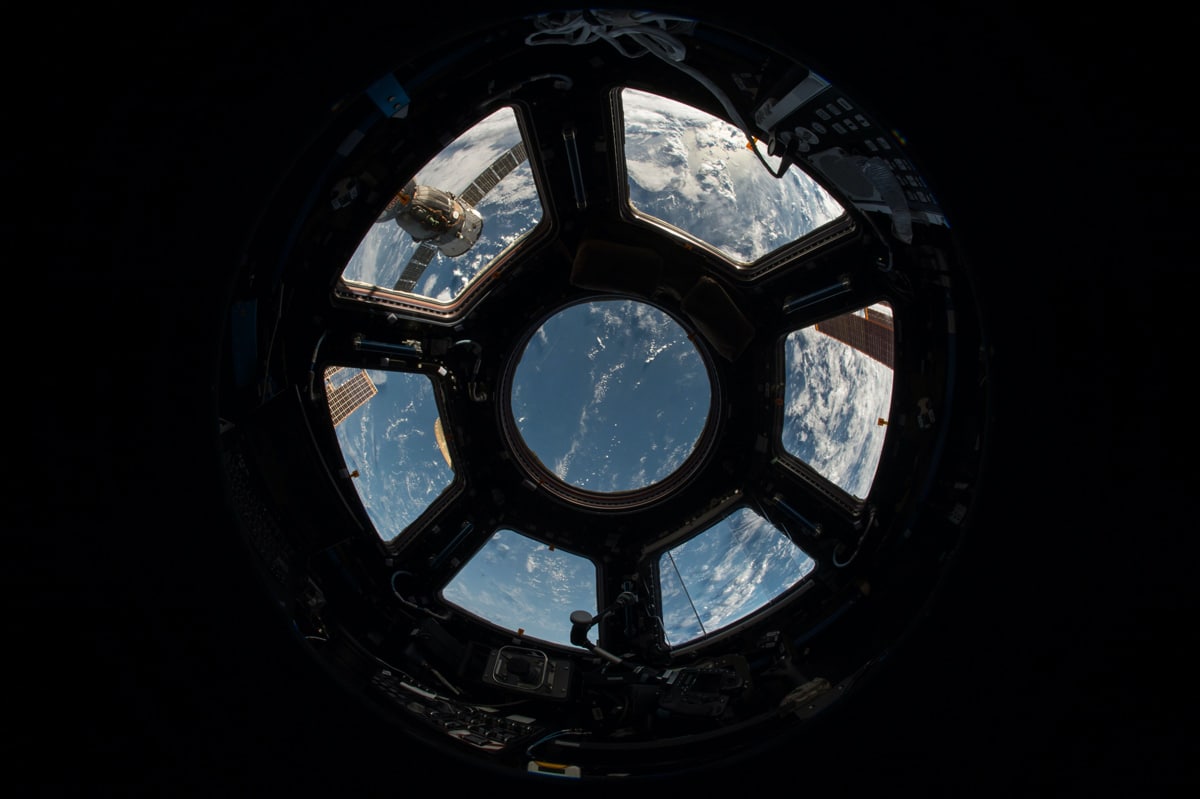 In 2019, a study suggested that all-woman astronaut crews on long-term missions could populate new planets if sent with sperm banks in tow. The study shuttled up samples from 10 healthy donors and found no significant differences between the swimmers who had been given the ride versus those that had stayed on the ground. However, the researchers stated the need for further work to analyse the implications of long-term space exposure on the samples. Two years later, a bunch of scientists from the University of Arizona finally have an answer.

At the annual Institute of Electrical and Electronics Engineers (IEEE) Aerospace Conference, the team presented a report titled Lunar Pits and Lava Tubes for a Modern Ark. The report proposed the establishment of a repository for reproductive cells and DNA samples from 6.7 million of Earth’s species, including humans.

Dubbed a “global insurance policy,” plans for the celestial ‘cum-locker’ involve storing these samples inside lunar lava tubes and caves. Discovered in 2013, the Moon is pockmarked with hundreds of these pits. Around 80 to 100 meters deep, they provide ready-made shelter from the surface of the Moon that undergoes major temperature swings. They also act as shelters from micro-meteorites and solar as well as cosmic radiations.

The report also sketches out the concept of ‘SphereX’ robots which can be deployed to explore and identify pristine lunar pits that can be used to build the ark. Spotting danger signs like rough rocks and other debris, these modular robots are designed to survey potential pits by hopping and sending back accurate images.

The motivation to build a “modern ark,” according to the lead author Jekan Thanga, are factors like mass extinction and rapid loss of diversity in our ecosystem. “Earth is in an extremely fragile state due to human activity and other inexplicable phenomenons,” said the author, anticipating major threats like super-volcanic eruptions, nuclear wars, asteroids hitting Earth, global epidemics and climate change in the coming decades. Thanga also stated the alarming drop in honey bee population as one of the major factors pushing the world’s food supply to the verge of complete collapse.

“There is a need for a lunar ark,” the author continued. Given all these major cataclysms, he stated that the ark would be “more cost-effective than trying to protect all of the endangered species or building an entire artificial ecosystem to sustain them.”

But why a ‘lunar’ ark specifically? Why is the Moon cited as the ultimate destination for these vaults? In his presentation, Thanga outlined the fact that the moon is only 4 days away from Earth. Lacking enough water resources, the natural satellite is deemed unfit for living which further accelerates its potential for being subjected to better applications—species conservation and storage, for example. The 6.7 million species that are proposed to be housed in these vaults can be broken down into 5.1 million fungi, 0.3 million plants and 1.3 million animals. These reproductive cells and DNA samples would be stored at cryo-conditions hence “expected to survive hundreds of years.”

Doomsday arks are not a new concept. The Svalbard Global Seed Vault was set up in 2008 as an attempt to preserve a wide variety of plants during global catastrophes. Thanga admits that the seed bank is “definitely a step in the right direction” but is not a concrete solution given the fact that it’s constructed in the Arctic Circle—now susceptible to rising sea levels triggered by climate change.

“Humanity has a fundamental responsibility to protect the diversity on Earth,” concluded Thanga. With NASA’s third and fourth National Climate Assessment reports predicting up to 8 feet rise in global sea levels with intense hurricanes, droughts and heatwaves, the proposal of building an ark itself seeks to initiate a much-need call to action.

With interplanetary travel just around the corner and the discovery of planets that are more habitable than Earth, it shouldn’t come as a surprise that interest in space is skyrocketing. After all, space influencers are already a thing.

Astronaut trainee and future Mars-walker Alyssa Carson has more than 347,000 followers on Instagram, and German astronaut, geophysicist, volcanologist, and explorer Alexander Gerst is just behind her with 314,000 followers.

Both these trends suggest that there is a strong demand for space content dosed out in bite-sized clips and pictures, as opposed to long-form text.

The subreddit accepts any space-related content for its members’ pleasure, “As long as the focus of the image is related to space in some way, it is allowed. This includes photographs, composites, photoshops, simulation renders, artist’s depictions, and artwork.”

Many animals are known to prefer prettier, flashier, more attention-grabbing versions of their natural environments, which is called the ‘supernormal stimulus’, and it certainly seems like humans are part of this category.

In other words, exaggerated imitation can cause a stronger pull than the real thing in many cases, and when it comes to humans, we’re actually able to produce our own supernormal stimulus, which makes us even more ‘addicted’ to some of them. Pornography is a supernormal stimulus, and so is candy, which simply is a sweeter alternative to fruits. Still not clear enough? Let me rephrase: people tend to really like sex, and the same thing can be said about sweet food. Naturally, we already had sexual intercourse and fruits to satisfy our needs, but we went further by introducing porn and candy or our own pleasure.