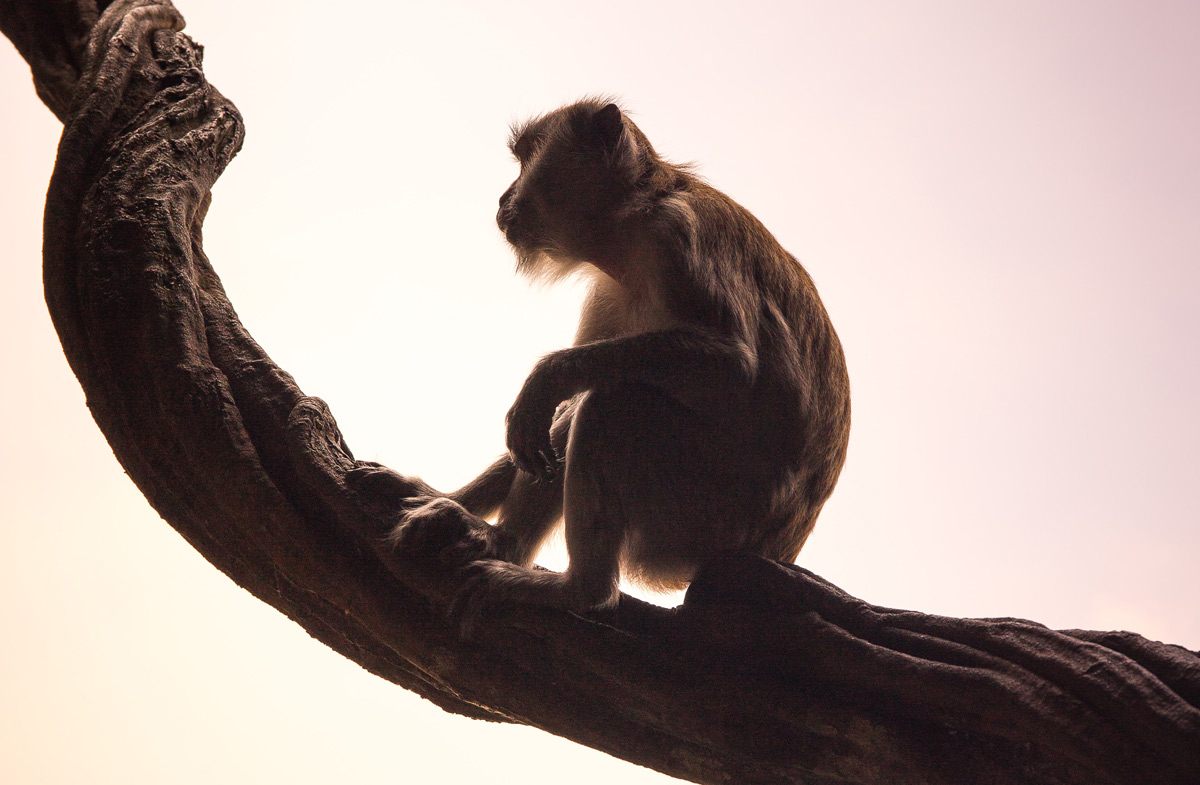 On 9 April 2021, a three minute video of Pager—a nine-year-old Macaque—went viral on YouTube after it played the classic Atari game Pong using only its mind. Enter Neuralink, a startup dedicated to developing a brain implant that would allow a computer to translate a person’s thoughts into actions. Simply put, someday we could type or control a joystick by just thinking about it and vice versa. It then comes as no surprise that Technoking Elon Musk is at the helm of this venture. It’s also quite understandable why Neuralink employees have spoken up about the company’s relentless pressure, impossible deadlines, overall culture of blame and its missing CEO.

Nevertheless, Musk has his hopes riding on human trials of the implant by the end of 2022. But now it turns out that the startup has been mistreating monkeys in its medical experiments all along, as the Physicians Committee for Responsible Medicine (PCRM) plans to file administrative action today with the US Department of Agriculture (USDA) against Neuralink and the University of California (UC), Davis—which helped the startup conduct brain-computing experiments on primates.

After partnering with the university in 2017, Neuralink’s research into surgical implants has involved at least 23 monkeys to date. According to PCRM research advocacy coordinator Jeremy Beckham, the university’s records prove that 15 of those monkeys have died or were euthanised as a result of the research. When the deal between Neuralink and UC Davis ended in 2020, Beckham told Fortune how the university transferred seven monkeys to the startup. But the whereabouts of the 23rd monkey remains unclear, as the records end abruptly in November 2019.

It’s also worth noting that the PCRM was only able to obtain the said records after filing a separate lawsuit in California Superior Court last May—alleging that the university was withholding them from the group in violation of the California Public Records Act. Despite receiving the animal care files, however, the PCRM believes that the university has withheld videos, photos, and identification numbers of the monkeys that shed crucial light on the fact that they were mistreated.

From the existing records, Beckham noted how one details a monkey “who actually collapsed from exhaustion and suffered from seizures.” The primate’s caretakers then noted that they were videotaping its behaviour to monitor its health. “So we know that these videos and photographs are going to be disturbing, frankly,” he said in the interview with Fortune. “We want to be able to get access to these videos and kind of show people a little bit more of the reality of what it’s like inside this Elon Musk-funded laboratory.”

Beckham also acknowledged that if the PCRM scrutinised other academic institutions researching brain computing that lack high profile deals like Neuralink, it “would find some of the same issues.” At the same time, however, it believes UC Davis has a public obligation to reveal the nature of its work with the startup. “Here you have researchers at UC Davis moving around and operating at the whim of private funding by a billionaire,” Beckham admitted, adding how it raises ethical questions about how such projects are scrutinised in the first place.

When Fortune reached out to several brain-computing experts, everyone explained how the animals involved appear to be healthy—based completely on the public demonstrations that Neuralink has released so far. “For instance, several sources noted that in the widely viewed ‘MonkeyPong’ video, the primate appeared vigorous and coherent,” the outlet went on to note. On the other hand, Beckham and his team who have analysed the animal care records obtained from the university mentioned how they “don’t seem to match up with what we see in the video that Neuralink and their public relations people are choosing to release.”

Today, the medical group urges the USDA to investigate these instances of alleged mistreatment and penalise both Neuralink and UC Davis if the violations are corroborated. According to the complaint, which cites the records obtained, the experiments have also resulted in chronic infections among the monkeys—caused by surgeries, psychological distress and “extreme suffering.”

That being said, this is not the first time Neuralink has experimented on animals. The company has previously implanted wireless technologies into the brains of pigs—which Musk himself described as a “Fitbit in your skull with tiny wires.”

On the same day that Neuralink dropped the viral video of Pager playing Pong, PETA released a statement which read: “The monkey wasn’t fooled by the jungle photo screen, and no one else should be, either. Monkeys in neuroscience experiments are kept constantly thirsty or hungry to coerce them to cooperate and stare at a screen for hours, and when the session is over, they go back into a cage.” The organisation then mentioned how experiments like Neuralink’s are always done “at the expense of animals whose lives have been stolen and nothing has come of it.”

Given how 90 per cent of drugs that successfully pass animal tests fail in their succeeding human ones, questions are being raised about the ineffectiveness of the procedure at large. In many cases, human symptoms have to be stimulated on animals to test medicines—similar to how vervet monkeys have been hooked onto moonshine to treat alcoholism in us humans. 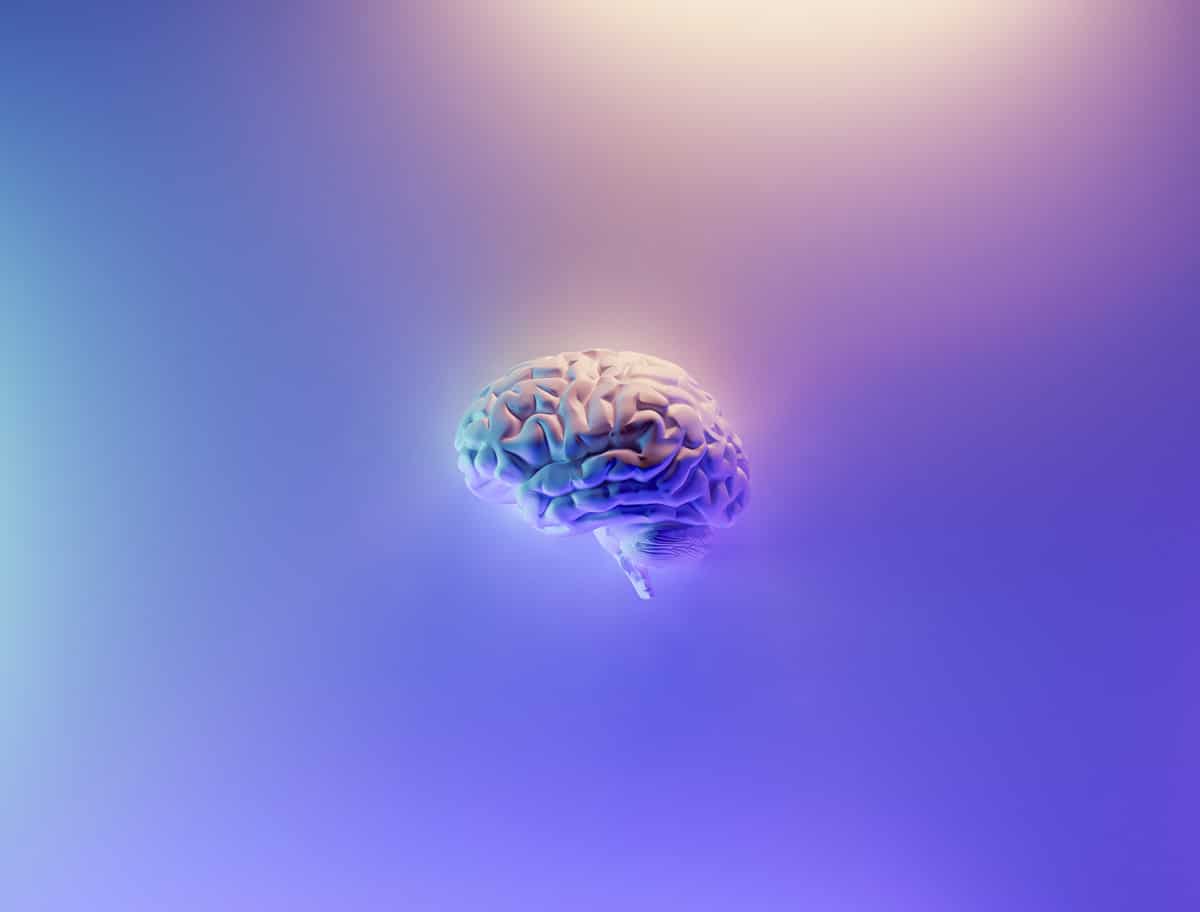 Elon Musk has made a monkey play Pong telepathically. Here’s what it means for humanity

Forget Space X or Hyperloop, Elon Musk’s ambitious neurotechnology project has just made a breakthrough akin to your wildest sci-fi fantasy: a monkey is now able to play Pong solely with its mind. The demonstration by the company Neuralink is a prime example of a brain-machine interface in action. With human trials set to start later this year, what does this mean for humanity as we know it?

It all started with a coin-sized disc, called a ‘link’, which is implanted by a precision surgical robot into the monkey’s brain, connecting thousands of micro threads from the chip to neurons responsible for controlling motion. The nine-year-old monkey called Pager—presumably unaware that it’s the centrepiece of a scientific breakthrough and internet fame—had two Neurolink devices put on each side of his brain six weeks before. Pager was then taught to use a joystick to move a cursor to targets on a screen in exchange for a banana smoothie. What could possibly go wrong, right?

The ‘link’ device then records the monkey’s neuron activity while he interacts with the joystick and cursor. The narrator of the video explains this is only possible due to thousands of tiny wires implanted into Pager’s motor cortex—the part of the brain that coordinates hand and arm movements. The data is then fed into a decoder algorithm, predicting Pager’s intended hand movements in real-time.

Neuralink claims that once the decoder is calibrated, the monkey is free to control the cursor without relying on the joystick—essentially controlling the cursor with only its mind. The joystick is then deactivated as the video shows the monkey playing Pong with, and only with, its mind. It’s proof of the astonishing scientific advances we humans can achieve—Pager is able to play Pong telepathically with more accuracy than I ever could on my 2008 flip phone.

So, what does this mean for humanity and why should we care?

To put it bluntly, it’s too early to tell. However, there is reason to believe we’re witnessing the emergence of a new technology that could have a serious impact on society. Bearing in mind that this is mostly hypothetical, aside from Pager’s ability to play a video game telepathically, which is now objective science—let’s start with the positives.

Neuralink claims that the technology could assist people who are paralysed from brain or spinal injuries, giving them the ability to control computerised devices with their minds—similar to how Pager was able to control a cursor with just his brain. If all goes to plan, it would be an invaluable way for paraplegics, quadriplegics or victims of strokes to live a free and autonomous life. The ‘link’ chip might also be able to connect with other technology, for instance, making prosthetic limbs feel ‘real’.

This experiment’s success also touches upon how the technology could, theoretically, be a valuable treatment for psychological and neurological conditions like depression or addiction—even claiming to restore senses for those who are blind or deaf. This is all very up there but there’s reason to be cautiously optimistic of how developments in neurotechnology could drastically change medicine as we know it, and for the good.

It’s worth noting the positives go beyond therapeutic value too. The technology could offer a faster way of interacting with computers—we wouldn’t be limited to the QWERTY keyboard anymore, instead, we’d be able to send messages at the speed of thought. Granted, this would make being ghosted by your Tinder match that extra bit painful.

Scientists have also theorised that the technology could connect brains to the cloud. This would essentially change human intelligence as we know it—an individual’s ‘native’ intelligence could be augmented by accessing cloud-based artificial intelligence. It sounds whacky now but imagine explaining Google to someone in the early 90s.

But, can it be hacked?

Alright, I’m going to burst the positive bubble here: criminals have, and most likely always will adapt to new technology in order to exploit the vulnerable. It’s happened with credit cards, with the internet, and it even happened with COVID-19—there’s no reason to believe that once this technology is mainstream, it’ll be invincible to those with bad intentions.

Scientists warn that without “bulletproof security”, hackers could access implanted chips, causing malfunctions or misdirections of their actions. Similar to that Wallace and Gromit episode where an evil penguin hacked the robotic trousers to steal from a bank, staging Wallace in the process—only with much darker consequences. A device vulnerable to such actions could be fatal for the disabled individuals the technology serves to benefit.

It’s an ethical and philosophical issue that still plagues the neurotechnology field to this day. And if that wasn’t complicated enough, some have raised concerns that developments in AI working through a brain-machine interface could take control of the host’s brain through nanotechnology. The very man himself, Elon Musk, has previously warned that AI poses an existential threat to humanity—claiming AI is set to overtake humans in less than five years.

It’s a tricky ethical minefield to manoeuvre. And if animal testing wasn’t unethical enough, human trials are set to start at the beginning of this year. Scientists have warned that we must devote enough time and effort to building safeguards. However, if implemented safely, the technology could bring enormous positives to society.

As for me: I’m a writer, not a scientist, there’s little value I can add to the discussion other than what I’ve already said. I guess it’s a waiting game—if in twenty years I can order a pizza just by thinking (and my brain isn’t hacked by cybercriminals), I’ll be happy knowing science has done its job.