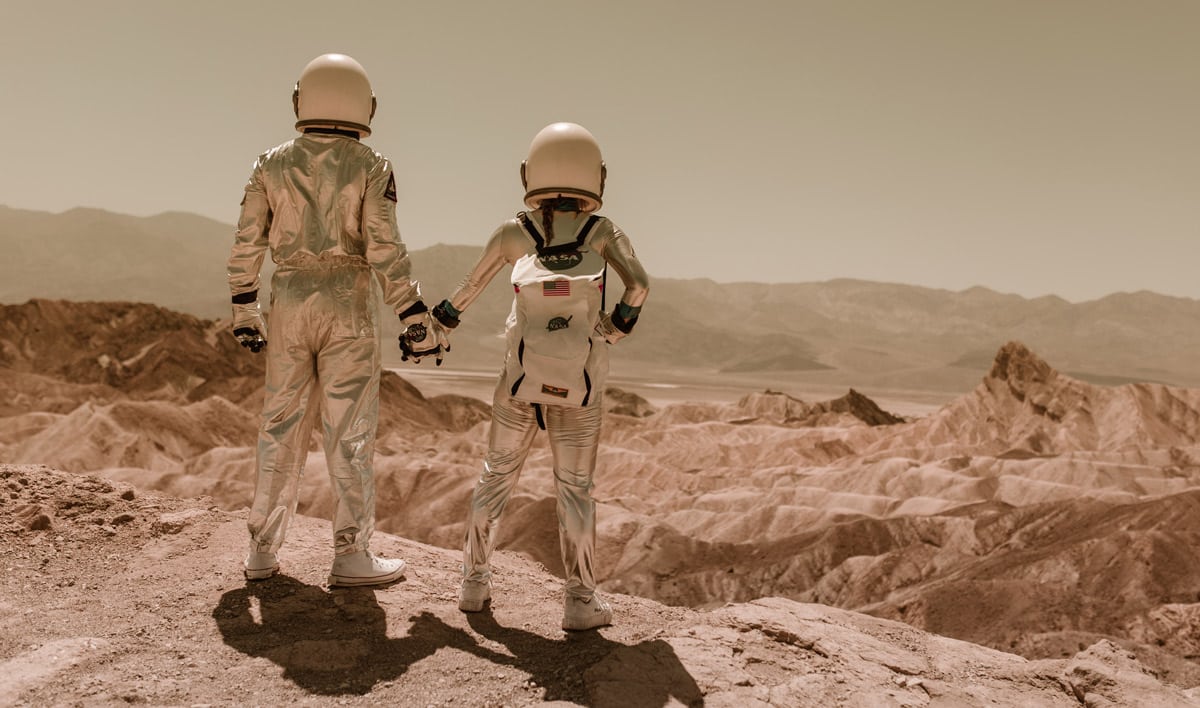 In 2016, SpaceX founder Elon Musk revealed his grand scheme of establishing a human settlement on Mars by the 2060s. “This is not about everyone moving to Mars, this is about becoming multiplanetary,” he said at the International Astronautical Congress held in Mexico at the time—adding how the colonisation could essentially “minimise existential risk” while having a “tremendous sense of adventure.”

Fast forwarding to January 2020, the ‘Technoking of Tesla’ updated his targets to put one million people on the red planet by 2050. Over the past few years, however, one of Musk’s biggest concerns is what his Mars mission aims to tackle: existential risk. In this case, premature existential risk triggered by population collapse. Simply put, what if there won’t be one million people available to inhabit Mars in the first place?

“Population collapse is a much bigger problem than people realise and that’s just for Earth,” the space billionaire tweeted last year—highlighting how Mars requires a great number of people to make colonisation possible since the population of the planet is obviously zero. “Humans are the custodians of other life on Earth. Let us bring life to Mars!” he urged.

Shortly after, Musk acknowledged how global fertility rates (the average number of children that would be born to a woman in her lifetime) are decreasing. To put it in his words: “Due to lack of banging, civilization might ended with a whimper! Adult diaper sales growth is much higher than baby diaper sales growth.”

Inching towards late 2021, among the climate of the disastrous overturn of Roe v. Wade in Texas, the Technoking failed to read the room again by stating “I think one of the biggest risks to civilization is the low birthrate and the rapidly declining birthrate. And yet, so many people—including smart people—think that there are too many people in the world and think that the population is growing out of control.” At the Wall Street Journal’s CEO Council summit, he also added: “Please look at the numbers, if people don’t have more children, civilization is going to crumble. Mark my words.”

So, is ‘women having more babies’ truly the ultimate solution for the concerns raised by Musk? “One thing it’s really important to realise is that population is actually irrelevant to solving the climate crisis,” sustainability scientist Kimberly Nicholas said in an interview with Vox. “And the reason for that is that we only have the next few years to solve the climate crisis reasonably well.” That being said, however, climate anxieties are definitely influencing people’s decisions of having children in the era of climate change. And have been for decades.

In 2019, the United Nations (UN) projected that the world’s population is expected to increase by 2 billion people in the next 30 years—from 7.7 billion to 9.7 billion in 2050. According to the organisation’s World Population Prospects, the global population could skyrocket close to the end of the current century, at a level of nearly 11 billion. The UN also added how growth rates vary greatly across regions despite the world’s population continuing to increase.

“The new population projections indicate that nine countries will make up more than half the projected growth of the global population between now and 2050: India, Nigeria, Pakistan, the Democratic Republic of the Congo, Ethiopia, the United Republic of Tanzania, Indonesia, Egypt and the United States of America (in descending order of the expected increase),” the report read. “Around 2027, India is projected to overtake China as the world’s most populous country.”

In the latest series of tweets, however, Musk claimed that “UN projections are utter nonsense.” As proof, he urged his followers to multiply last year’s births by life expectancy. “Given [the] downward trend in birth rate, that is best case unless reversed,” he added. The thread also continued with him stating “If there aren’t enough people for Earth, then there definitely won’t be enough for Mars 😕”

Father of seven, Musk isn’t exactly a hypocrite—we’ll give him that. In fact, the space billionaire believes he’s “trying to set a good example” in saving Earth from its population doom caused by the “lack of banging.” Nevertheless, Musk believes his dream of building Muskville and humanity eventually becoming multiplanetary seems to be drifting out of reach. Until then, the Technoking advises to bang or be ready for Earth to end with a bang. Sorry, “whimper.” 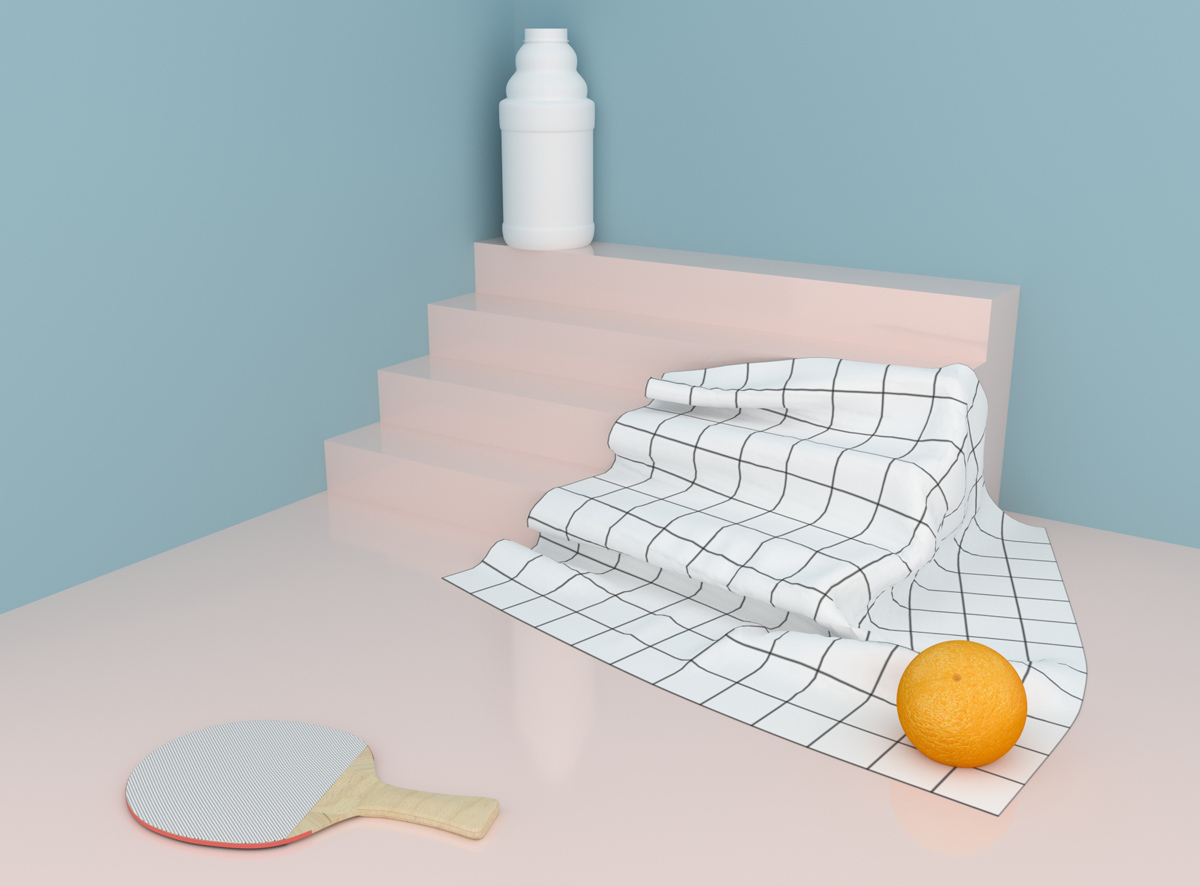 Grimes and Elon Musk are raising their baby X Æ A-12 as gender-neutral. What does it mean?

A few days ago, Grimes and Elon Musk welcomed their firstborn child named X Æ A-12. After the internet was done making memes about the newborn’s name and searching for its hidden meaning, people were quick to pick up on a significant detail about the child’s future upbringing: Grimes and Musk have decided to raise X Æ A-12 through gender-neutral parenting. What exactly is gender-neutral parenting and why should parents start considering it for their own kids?

In a live broadcast in February, Grimes explained that she and Musk wanted to adopt a gender-neutral parenting style in case their child doesn’t identify with their biological sex: “I don’t want to gender them in case that’s not how they feel in their life.” The pair is not the first celebrity couple to embrace this—Brangelina were openly supportive of their oldest child John (named Shiloh at birth) exploring their gender identity after saying they wished to be a boy. In 2017, Megan Fox was criticised by the media for allowing her two sons to wear dresses.

Although gender-neutral parenting is still frowned upon by most conservative and religious news outlets, more and more parents are ditching gender reveal parties in exchange for gender-neutral baby showers. Some countries are now allowing parents the option of labelling their children’s gender as ‘X’ on their birth certificates, and Sweden has even incorporated a gender-neutral pronoun, ‘hen’, into its vocabulary.

Gender-neutral parenting is about breaking away from the binary and allowing the youngest members of our society to explore their gender identity without any social restrictions. Because it is still new to our society, this parenting style comes in different forms. What exactly are the benefits of being a gender-neutral parent?

While ‘sex’ and ‘gender’ are synonymous, they are not equivalent to one another. Sex is biological, whereas gender is social, performative and arguably, limiting. Philosopher Judith Butler first coined the term ‘gender performance’ in 1988, which defines gender as something learned and performed in our daily activities, purely based on the constructed notions of femininity or masculinity.

For instance in children, activities such as playing dress-up are seen as ‘girly’, whereas playing with toy cars is considered ‘boyish’—in the same way, the colour pink is exclusively associated with baby girls, and blue with boys.

Picking activities for your children depending on their assigned gender limits their self-expression. People who shamed Megan Fox for letting her sons wear dresses did exactly that. Many experts argue that this also negatively impacts the child’s personal growth and ability to reach their full potential later in life, as our childhood experiences and upbringing are formative to our development.

A 2016 study published in The Guardian article Gendered toys could deter girls from career in engineering, report says found that only 11 per cent of STEM (Science, Technology, Engineering and Mathematics) toys were listed for girls, which was directly linked to the gender gap within the tech industry heavily dominated by men. There has since been a spike in marketing STEM-related products to girls, as well as in the representation of women in STEM as role models for young girls, but it is still important for us to ensure that it does not stop at that.

Stuti Agarwal, perhaps better known as @mombae.blogger on Instagram is a Mumbai-based parent blogger who frequently talks about the importance of gender-neutral parenting on her account. The mother to a two and a half year old boy and a six month old girl was also raised in a non gender-biased household.

Speaking to Screen Shot about how she has conversations around gender equality with her son, Agarwal says: “I try to make him learn to do all the housework, which is still traditionally taken as a woman’s job. Even though he is young, I keep telling him that he has to learn all of the skills because later on in life he will face problems if he doesn’t know the general basic skills like cooking.”

At the moment, Agarwal is teaching her son how to make roti from Play-Doh and has even bought him a kitchen set he loves playing with. Speaking about how their neighbours ridiculed the kitchen set as being a ‘girly’ activity, Agarwal responded: “Please don’t say things like that because I want to teach him that cooking is not a girl’s job—not just a girl’s job.” She explains that her children are “free to do what they want to do. My son can be a chef, my daughter can be a policewoman, whatever they want to be.”

While for many parents gender-neutral parenting is about removing gender stereotypes and fighting inequality, some parents are choosing to ditch the concept of gender altogether by keeping their child’s biological sex private from the public until the child makes a decision on how they identify.

Gen Zers are most familiar with non-binary pronouns and expressions, and more and more new gens are rejecting the gender binary themselves. Raising children as gender-neutral can provide them with a safe space and allow them freedom of expression without any restrictions.