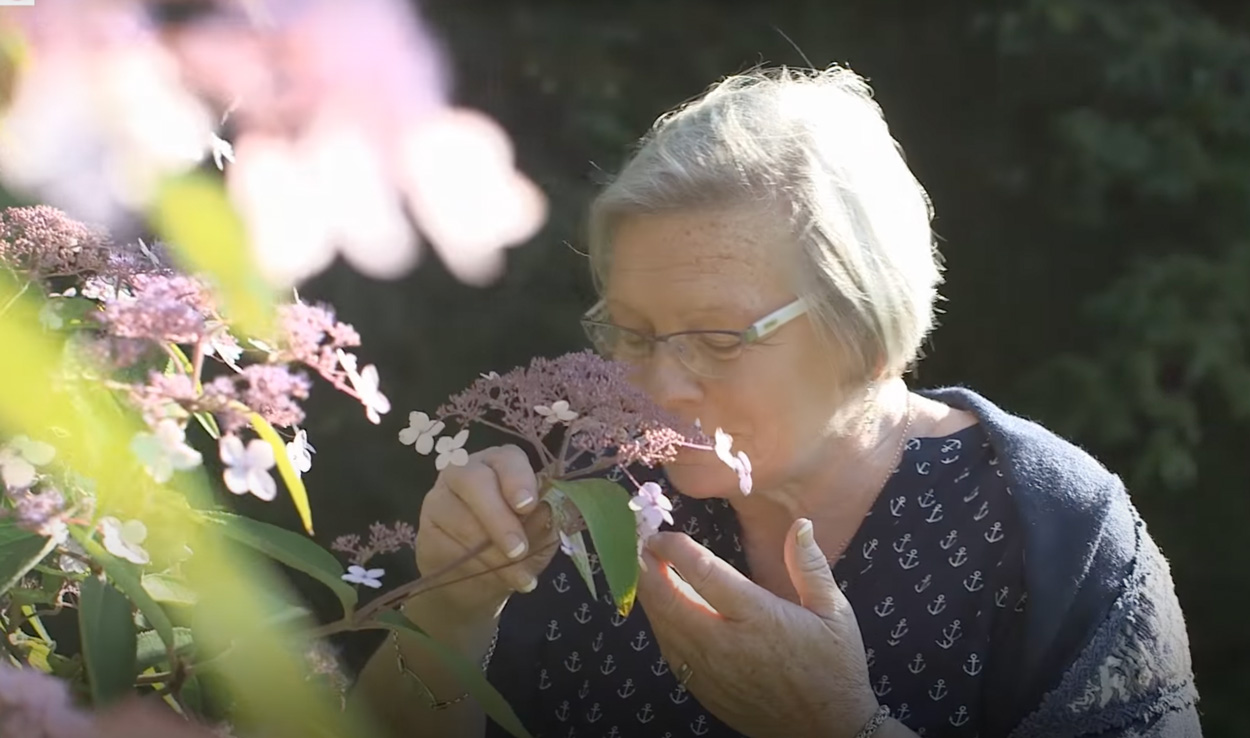 Joy Milne, 72, can “smell” Parkinson’s disease. The retired nurse from Perth, Scotland, discovered her unique ability when she began to notice a change in her husband’s odour. She has now helped scientists develop a groundbreaking swab test to help diagnose the neurological condition that progressively damages parts of the brain, often leading to involuntary shaking.

Her husband Len, a former medical professional, reportedly developed a new smell at the age of 33—a whopping 12 years before he was eventually diagnosed with Parkinson’s. Speaking to the BBC, Milne described it as a “musty rather unpleasant smell especially round his shoulders and the back of his neck and his skin had definitely changed.”

Milne, having a medical background, became aware of this odd change in smell but couldn’t pinpoint what it meant. When her husband was finally diagnosed with Parkinson’s, the scientific community began to harness the ex-nurse’s superpower.

Sadly, Len ultimately passed away in 2015, but Milne continued to help academics in Manchester develop important research and ultimately gain greater understanding into this condition that affects over ten million people worldwide.

In the scientists’ preliminary studies, they encouraged Milne to smell T-shirts worn by individuals who had Parkinson’s, and those who didn’t, as noted by The Independent. Milne was able to successfully identify each T-shirt that had been worn by a diagnosed patient. Her keen smelling abilities never failed her.

As reported by the BBC, Milne, alongside the University of Manchester, have developed a simple skin-swab test which they claim is 95 per cent accurate under laboratory conditions when it comes to telling whether people have Parkinson’s.

The researchers analysed sebum—the oily substance found on skin—which was collected by using a cotton swab on patients’ backs. Using mass spectrometry, they compared 79 people with Parkinson’s with a healthy control group of 71 participants. The research found more than 4,000 unique compounds in the samples, of which 500 were different between people with Parkinson’s and the control group.

Professor Perdita Barran, who ran the research team, marked this discovery as “transformative,” emphasising how the scientists were in high hopes that the new test could be rolled out in the Manchester area within two years, with future plans for it to be used by the National Health Service (NHS).

Receiving a confirmatory Parkinson’s diagnosis would be life-changing for individuals and their families. And while there have been new studies within the medical community that have discovered different treatments in which to slow the disease’s progress—such as regular dancing to music—there is still no cure. Therefore, providing an early diagnosis is crucial.

Milne expressed how this could have helped her own husband greatly. She told the BBC, “We would have spent more time with family, we would have travelled more. If we had known earlier it might have explained the mood swings and depression.”

She also went on to recall the night that she lost Len.—remembering how he encouraged her to continue her research, saying: “You must do this because it will make a difference.” 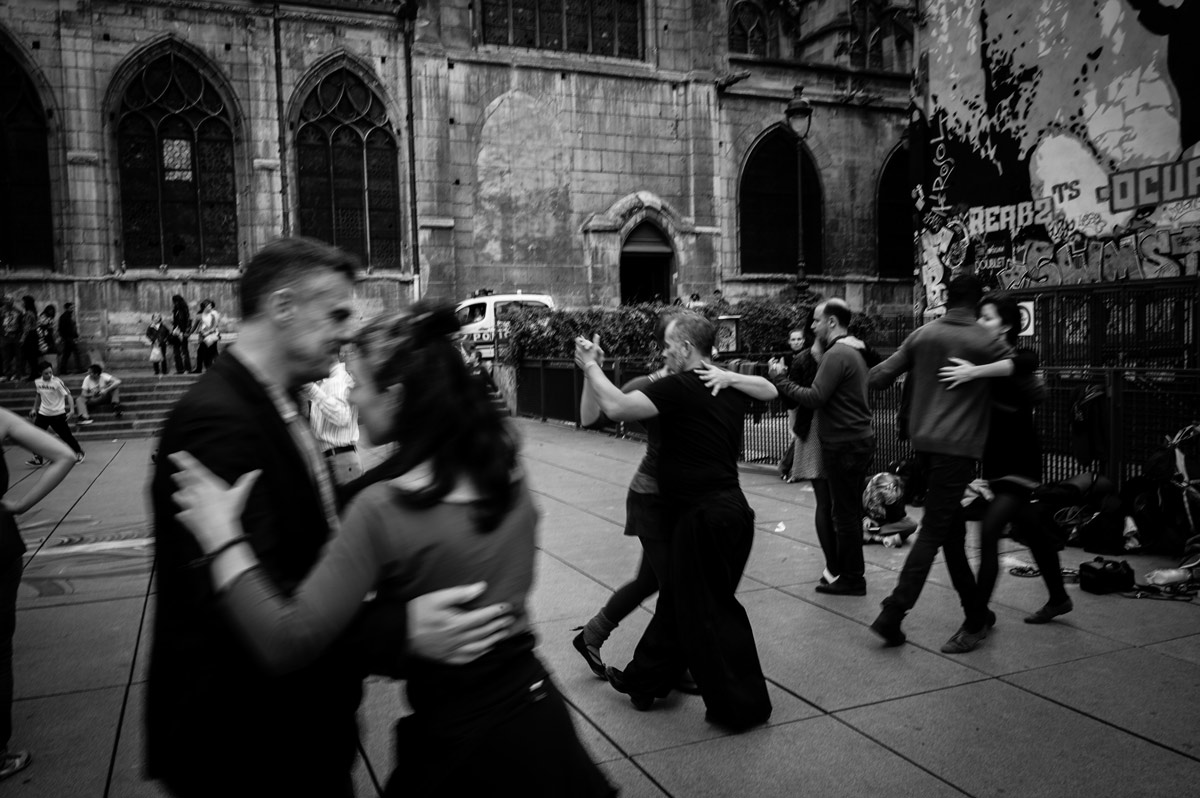 Everyone likes a good dance, right? Personally, I’m itching to get back to the sticky floors of my local drum and bass nightclub—whenever that may be. Although DnB isn’t to everyone’s taste, I think we can all agree that the tribal act of dancing is good for the soul. It doesn’t just have its physical benefits, despite the fact that I burn basically my entire day’s calories on a night out, it also has its mental benefits too. A number of studies have shown that dance and music can have a significantly positive impact on mental health. And if that wasn’t good news enough, to add to that list, a recent scientific breakthrough has found that both can slow the progress of Parkison’s disease.

What the study found

Parkinson’s disease is a condition in which parts of the brain become progressively damaged over the years. The symptoms can be diverse, however the disease stereotypically causes involuntary shaking of particular parts of the body, slow movement and inflexible muscles. It’s believed to affect one in 500 people in the UK and, as of writing, there is no cure for the disease. That said, there are a number of treatments to support sufferers, from medication to physiotherapy, and now dance.

The new study published in the Brain Sciences academic journal on 7 July 2021, has suggested that individuals with mild-to-moderate Parkinson’s disease can slow its progress by participating in dancing to music. Essentially, research showed that dancing to music for just one and a quarter-hour per week was enough to slow the pace of the debilitating disease. The study also found that, over the course of three years, doing so would reduce daily motor issues such as those related to balance and speech—common symptoms which can lead to social isolation when an individual is suffering from Parkinson’s disease.

The team of scientists behind the study are based in the Department of Psychology at York University in Toronto, Canada. Joseph DeSouza, principal investigator and associate professional in the department, along with PhD candidate Karolina Bearss, found that patients who participated in the weekly dance training showed significant improvement in areas related to speech, tremors and rigidity compared to control groups. Their data also suggests dancing had a positive impact on patients’ quality of life, improving cognitive impairments and decreasing the rates of hallucinations. Not surprisingly, dancing also had a positive impact on their mental health—participants reported lower rates of depression and anxious moods such as sadness.

DeSouza remarked on the positive benefits this study can bring to those suffering from Parkinson’s disease. In an interview with EurekAlert!, he said that “the experience of performing and being in a studio environment with dance instructors appears to provide benefits for these individuals.” He continued, “Generally, what we know is that dance activates brain areas in those without PD. For those with Parkinson’s disease, even when it’s mild, motor impairment can impact their daily functioning—how they feel about themselves.”

What does this mean for people diagnosed with Parkinson’s?

This obviously isn’t the only solution in combating Parkinson’s disease. However, it hints at how powerful music and dance can be in helping ease symptoms—both mentally and physically. Of course, as always with science, more research could and needs to be done—but to do so, it needs funding. One way of looking at this is that it highlights the importance of the therapeutic value of things that are actually fairly simple.

Music and dance are innate, it’s in our blood and, most importantly, free of charge. The simplicity is where its power lies. Indeed, music and dance would arguably need to be combined with other, more biological, forms of therapy—however, it highlights the importance to not overlook the arts as a form of therapy. Overall, this scientific breakthrough is not something to be downplayed; it’s a step in the right direction in helping us understand and ultimately combat this disease.