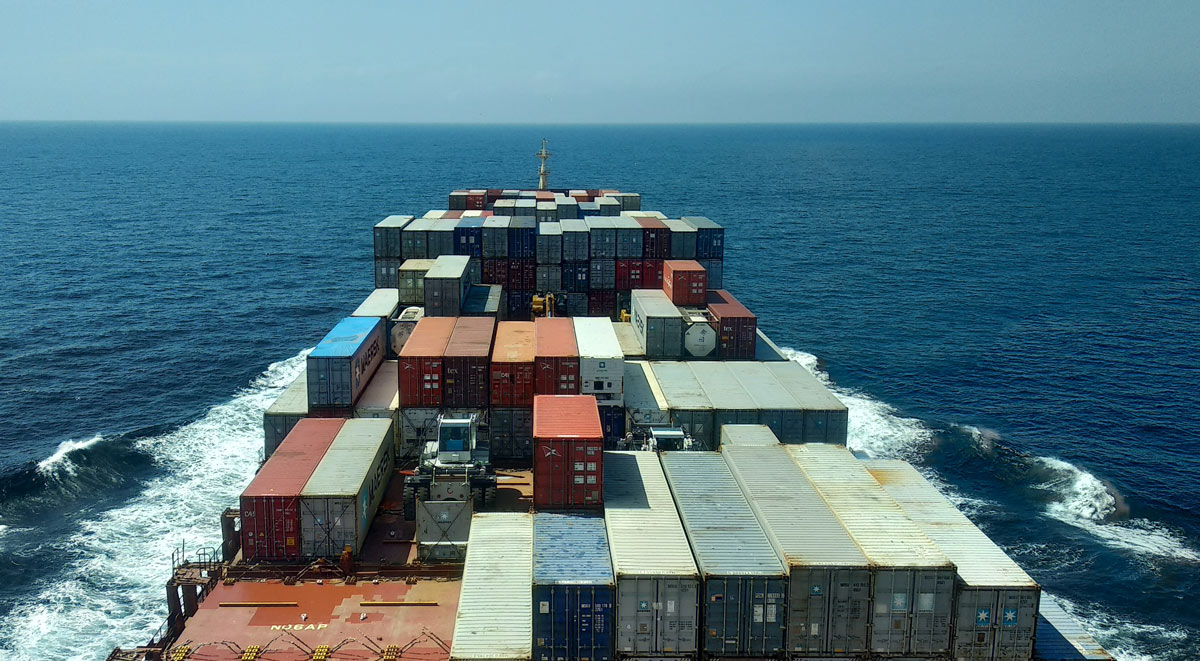 On 23 March 2021, Ever Given, a golden-class container ship wedged itself in the Suez Canal after drawing a supposed dick pic in the ocean. The 400-meter-long beast ended up blocking the world’s busiest trade route for a sum total of six days before it was re-floated again.

The unfortunate event was quick to steer a toilet paper shortage, delay of $400 million an hour in goods including a massive shipment of sex toys, a plethora of memes and its own line of fan merch. Just when we thought the internet’s obsession with Ever Given had finally capsized, a new genre of erotica surfaced—one that will either make you want to throw yourself overboard or wish the ship had kept the canal company for longer.

Common tropes in the genre describe the Suez Canal as lonely and “longing for a lover” until the Ever Given—with a “bulbous bow”—wedges into her walls with a promise to “provide the contact the canal has been deprived of for decades” before “finally being pulled out.” This ‘Titanic, but sadder’ romantic trope is a sharp contrast to other entries which feature anti-capitalist satire, where the canal plots her revenge against humanity with Ever Given, a ship loyal to his captain and crew, caught in the crossfire.

By default, these entries could fall under the category of ‘crack fic’, fanfiction that is intentionally absurd and usually written for laughs. However, some of these make a pretty compelling read. For example, one of the pioneering fanfiction in the genre titled ‘XXX-TRA WIDE CARGO STUFFS MAJOR SHIPPING LANE—DELIVERS HUGE PAYLOAD!!’ features the star-crossed lovers going through a rough patch, blaming each other’s steering system and narrow walls for the unfortunate event before livestreaming themselves onto “OnlyFreight.”

The story’s author, who goes by the username GalWednesday, calls it “the most cursed thing I’ve ever written.” “I think the idea popped into my head while I was looking at memes about the Ever Given’s ‘bulbous bow’ and how it had gotten lodged in place,” they told Jezebel. The author further admitted that the research took more time than writing the 263-word story as they ended up browsing Quora for answers. The response? A staggering 10,000 hits.

“The response has been way bigger than I expected, which I think has more to do with our collective need for a stress release valve than anything about the fic itself,” GalWednesday said, enjoying how feedback alternated between “funny, thank you!” and “JFLDJSLFJDS I HATE THIS.”

Why women prefer erotica over pornography

If you’re already a fan of erotica, then you know the reactions that turning a page can have on you. Flushed cheeks, increased heart rate, a little lip-bite… And all of a sudden your imagination is in overdrive. Reading about people getting down and dirty can be an incredible turn on. What’s the secret?

Let’s face it. Most porn is made with men in mind. It’s very to the point and visual; there’s no imagination or creativity involved whatsoever. Well, that’s the opinion of M, editor-in-chief of award-winning sex and relationships blog Sex & London City, who says that women are drawn to the escapism and fantasy of erotica: “Erotica goes so much deeper than porn—if you’ll pardon the phrase. It provides a fantasy, and a way to escape everyday life. Rough P in V sex or the ‘moneyshot’ just doesn’t do it for women; they want to be seduced. They want a life that’s glamorous, sexy, and pretty. Contrary to popular belief, it’s not just about the sex. It’s about having the life of someone who is desired, craved… and having lots and lots of sex because of that. The sex is just a happy consequence.”

The sex itself doesn’t really matter. It’s everything around the sex and the build up. When it’s done right—when there’s a connection—sexual tension can be just as good as an orgasm itself. Yep, I said what I said!

It’s all about you

Megwyn White, certified clinical sexologist and director of education at sexual wellness brand Satisfyer, goes into more detail about what women want: “Women are sensitive creatures, endowed with a multi-sensory pleasure map that includes details of physicality, sensitivities to touch, aroma, lighting, plot line, and more. We remember these details, and use them to connect the dots to our own pleasure maps. Women are attentive to emotional details as well, and crave polarity within a sensual conquest to energize their interest. Edging a woman’s excitement is exactly what erotica is so good at doing. By oftentimes holding back overt sexual contact, and instead stimulating simultaneous sensual cues embedded within authentic sexual tension it allows a woman’s innate ability to map into the layers of details that form her unique sexual template.”

You heard me: write us a good story, then add the sex.