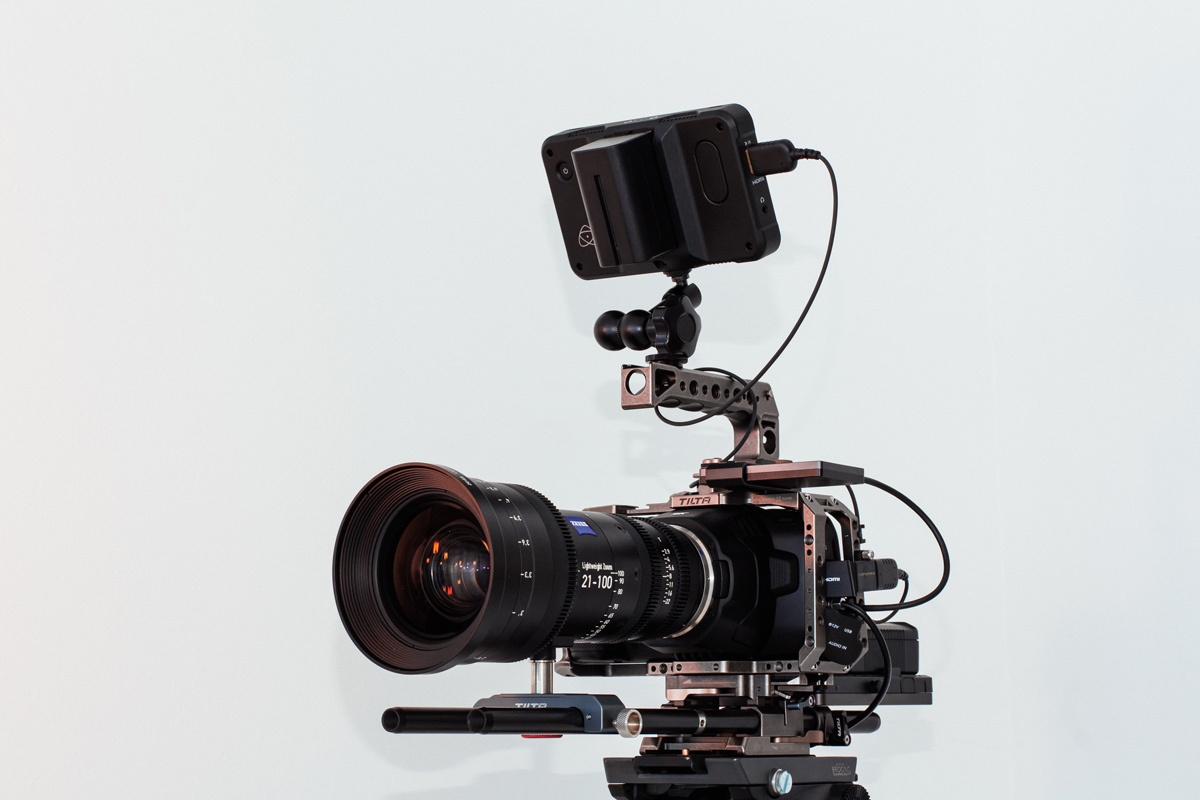 Twitch streamer Tim C. Inzana has spent the first 100 days of 2021 locked in a shed, constantly livestreaming himself—I’m talking 24/7 here—and he plans to stay there for many more years as part of a stunt to promote a very unique offer. For the right price—we’ll get back to this in a minute—Inzana says he will lock himself in an empty room for five to 10 years and fill it with art he creates, all while being livestreamed non-stop to a custom frame designed by him to be hung on the wall of his buyer.

“The artwork is me creating the artwork,” Inzana told Insider. “It would be like seeing a blank space transform into this colourful space.” He views his current year-long livestream, which is running constantly on the platform Twitch, as an experiment that also shows he’s as serious as it gets about the offer.

However, Inzana also has a third alternative: a public option. If he gets 7,000 subscribers on Twitch by the end of 2021, he’ll pull back all the above offers and will instead continue his current stream for up to five years, so long as his subscriber count does not dip below that threshold. A subscription to his channel costs $4.99 per month, and he has sold 102 so far.

Speaking to Insider, Inzana, 34, said he had always been interested in the potential of livestreaming, “I had a bug for livestreaming before Twitch ever came out, before YouTube Live, or Instagram Live,” he explained, adding that it’s “basically the opposite of what has happened, where we pick and choose these moments from our lives and create a narrative.”

At any point in the day, people can tune into the livestream on his Twitch channel, stumblrTV. If you tune in from 8 to 10 p.m. Pacific Time, you can watch Inzana as he sits at his computer and hosts a Q&A. Other times you may find him eating dinner, meditating, or having a solo dance party virtually DJed by a follower he recently connected with.

Sometimes, Inzana will have muted himself while he works on his art, which he calls “laser-cut, layered, perspective” art created by layering custom-cut pieces of materials like acrylic or aluminium to form 3D works of art. The frames he’s selling to feature his livestream will be made in this style.

While his current project might seem extreme to some, Inzana explains that he is not trying to do a “game show stunt.” In fact, he spent months talking with friends and family before deciding to do this. His fiancée supports him and brings him groceries through the window. The project is also not meant to be “dangerous” or especially “restrictive.” Instead, he said he views it as a project of “life and love.” 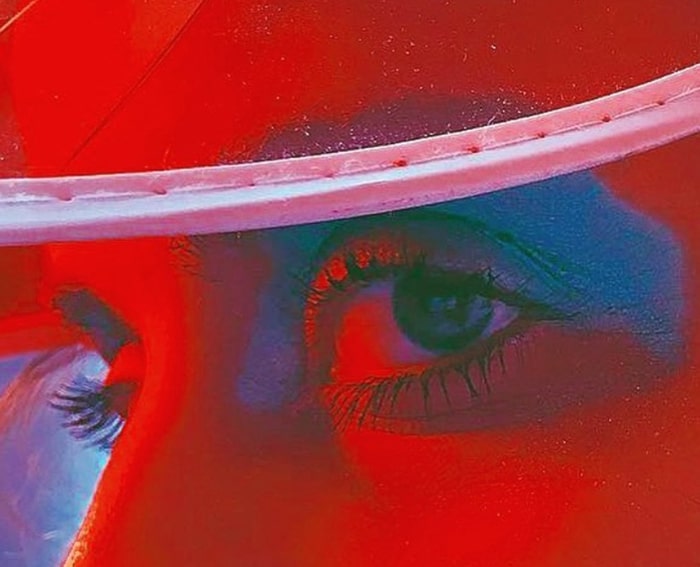 Could Chinese livestreamers have the answer to keeping brick and mortar retail stores alive?

Inside a luxury designer store in China, a pretty girl rushes past gushing about a pair of heels she’s obsessed with. She then tries on a flowy dress she took from the mannequin. Surprisingly, she isn’t accompanied by her squad of friends, but by a tripod, her smartphone, and the thousands of fans watching her. Among digital marketers, retailers, and the e-commerce industry there are whispers of when livestream shopping will be picked up in the UK, Europe, and the US. And, well, why wouldn’t it? According to the 2018 Deloitte report, it’s a £422 billion pounds worthy market—and it only started last year! So shouldn’t the question be not when but will live stream shopping be as successful in the west?

A combination of a YouTube clothing haul and the home shopping network, livestream shopping consists of a livestream video of an influencer, or key opinion leaders (KOLs) as they’re called in the East, where they try on clothes, shoes, and other accessories. It can range from Hermès Birkin bags to fast fashion leggings. While they’re modelling and testing out the products, KOLs answer their fans’ questions, give advice on how to style items or talk about the process of how the products are made. The video can last from an hour to as long as six hours or sometimes even more with viewers encouraged to buy items at any time through a purchasing link without even having to leave the livestream.

The possibilities of this trend fully integrating western markets could change how we see retail and e-commerce. Livestreaming is fast, convenient, and, most importantly, it’s utterly transparent. Seeing clothes tried on in real-time or watching a jeweller shucking oysters to hand-select pearls for a necklace—this type of behind-the-scenes content makes a product way more valuable when you know who promotes it and where it’s coming from. It cuts away the photoshopped algorithm-biased bullshit and lets you see things as they are. In a time when there have been too many online shopping fails and deception about what products are made of—remember Missguided’s faux fur ending up being cat fur?—livestreaming makes the shopping experience much more transparent, and trustworthy.

From a brick and mortar retail perspective, this may be a new way of customer service for retail professionals as well, because not only will you have to be a good seller in-person, but also in front of a camera to thousands of anons watching. Selling to a live audience is a completely different ballgame compared to talking to someone one-on-one. You have to be bubbly and informative all while trying on as many as 50 to 100 outfits in one video.

As everyone from marketing firms to e-commerce brands is itching to get in on the livestream hype, a few stay sceptical of this supposed success that will blow up in the west. Why? Because of mukbangs. If you don’t know what a mukbang is, it’s a livestream eating trend that went viral a few years ago. The star of the video would usually be an attractive and petite girl who eats an enormous amount of food while talking to fans and describing the dishes. When the trend migrated to the west, it didn’t quite translate as well as its Korean counterpart. The food being ingurgitated didn’t look as appetising and the western mukbangs tried too hard to emulate Korean ones, which made them less authentic.

Western and eastern internet trends, as well as shopping behaviours, are very different. Even the influencer infrastructure doesn’t operate in the same way. In China, the influencer industry, or KOL industry, is a regimented legitimate industry, unlike in the US or the UK, where influencers are seen as independent contractors. KOLs work with agencies under a systemised hierarchy that distinguishes KOLs based on popularity if they’re a celebrity, industry expert or micro-influencer, and their ability to sell.

In such a system, not only is the star involved, but also a team of people working behind the scenes. They have to research popular products and read reviews, test them, and make sure brand partnerships align with the KOL’s image—all before the video goes live. This is because a KOL’s word is considered truth, and promoting a faulty item or something off-brand could mean a ruined reputation, and thousands of pounds lost. They don’t feature an item just to be #sponsored. It’s a daunting work that western influencers might not be able to embrace entirely.

The amount of preparation that is put in front and behind the camera is overwhelming for just one person, from hair and makeup to the strict product vetting process, in addition to keeping cool under pressure, and simultaneously being bubbly and persuasive when selling to hoards of viewers. Refraining from betraying your integrity by promoting off-brand items for easy sponsored money and making sure you keep your reputation intact is another aspect to keep in mind for young livestreamers. This job is not for the faint of heart or cavalier and is not just about being insta famous. For now, it is pure transparency—as it’s live, with many livestreamers scrutinous about who they partner with for their videos. This is an of-the-moment retail trend, but how long will it last? Hopefully, this could be the answer to unifying e-commerce with brick and mortar retail, and bringing trust back into your shopping cart.