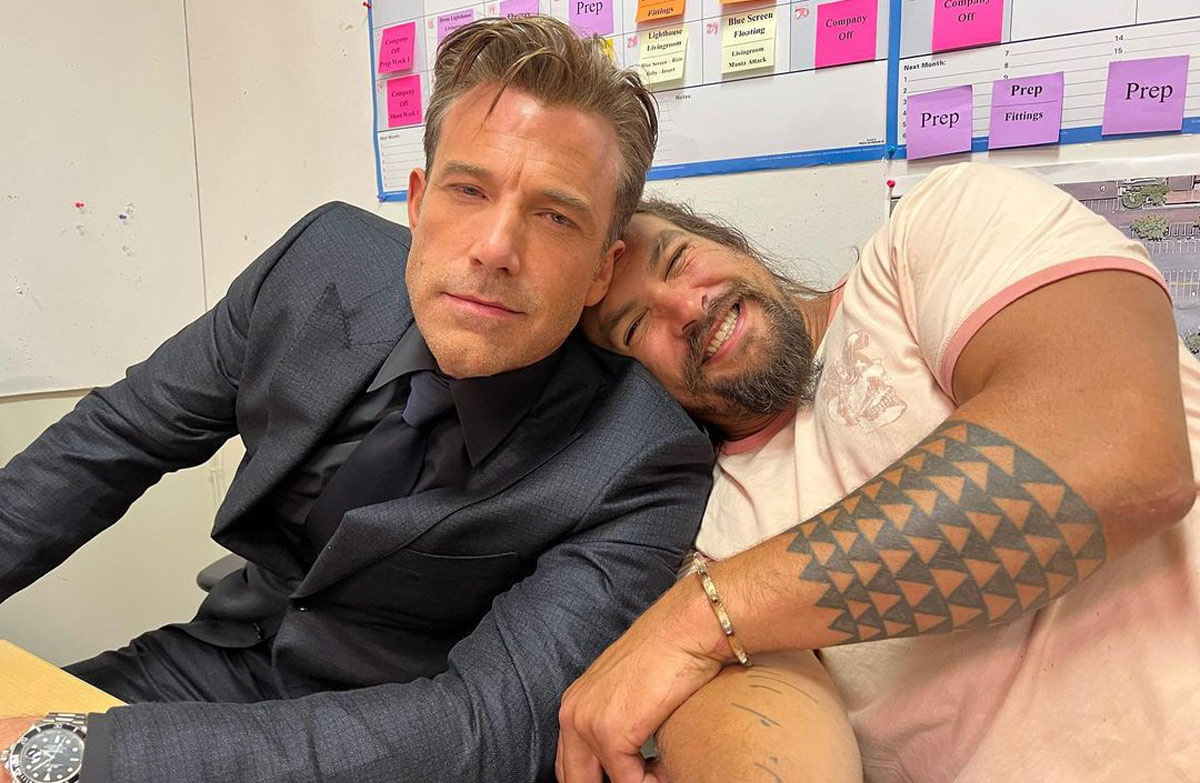 It seems like Ben Affleck might just be dusting off his Bat cape and donning the signature cowl once again in 2023’s Aquaman sequel.

On 28 July, sea god Jason Momoa uploaded photos of his recent bro-down with Affleck on Warner Bros.’ backlot. “REUNITED Bruce and Arthur,” the star captioned the post. “Love u and miss u Ben WB studio tours just explored the backlot alright. Busted on set all great things coming AQUAMAN 2 all my aloha j.”

Accompanying two images featuring Affleck and Momoa was a video in the Instagram carousel post, where the latter was seen accidentally running into some fans who were in the middle of a tour.

“Well, it’s not a f-ing secret anymore,” Momoa was heard saying and later apologising for cursing in front of the kids aboard the tour bus. “That’s what happens, Warner Bros., when you walk out of your set and there’s our fans. Hey guys, have a good time!”

“Well, we tried to keep it a secret,” Momoa added, before busting into a trailer that read “B.A.” where Affleck was seen sitting with a phone in his hands.

Momoa had previously teased that he’s “back on set” and “can’t tell you what I’m doing” as it’s “top secret” on his Instagram Story while promoting his brand, Mananalu Water. “All I can say is, thank you to one of my favourite production companies for having me and taking care of the environment, because I can’t say much more,” the actor admitted. “But good things are happening.”

On the other hand, Affleck’s on-and-off relationship with DC started with 2016’s Batman V Superman: Dawn of Justice opposite Henry Cavill, where he received heavy backlash and admitted that he was not happy with the finished product. Affleck then went on to star in Suicide Squad and both the Joss Whedon and Zack Snyder versions of Justice League.

“I had a really nadir experience around Justice League for a lot of different reasons,” Affleck told Entertainment Weekly at the time. “Not blaming anybody, there’s a lot of things that happened. But really what it was is that I wasn’t happy. I didn’t like being there. I didn’t think it was interesting. And then some really shitty things, awful things happened. But, that’s when I was like, I’m not going to do that anymore.”

Affleck has also previously said that filming Justice League was a “very, very, very hard experience” that led to a relapse in drinking and his decision to give up starring in and directing his own version of The Batman.

While it’s unclear how big Affleck’s role will be in DC’s upcoming Aquaman and the Lost Kingdom, he will be starring alongside returning actors Amber Heard, Nicole Kidman, Patrick Wilson and Dolph Lundgren. The much-awaited sequel is scheduled to hit theatres on 17 March 2023.