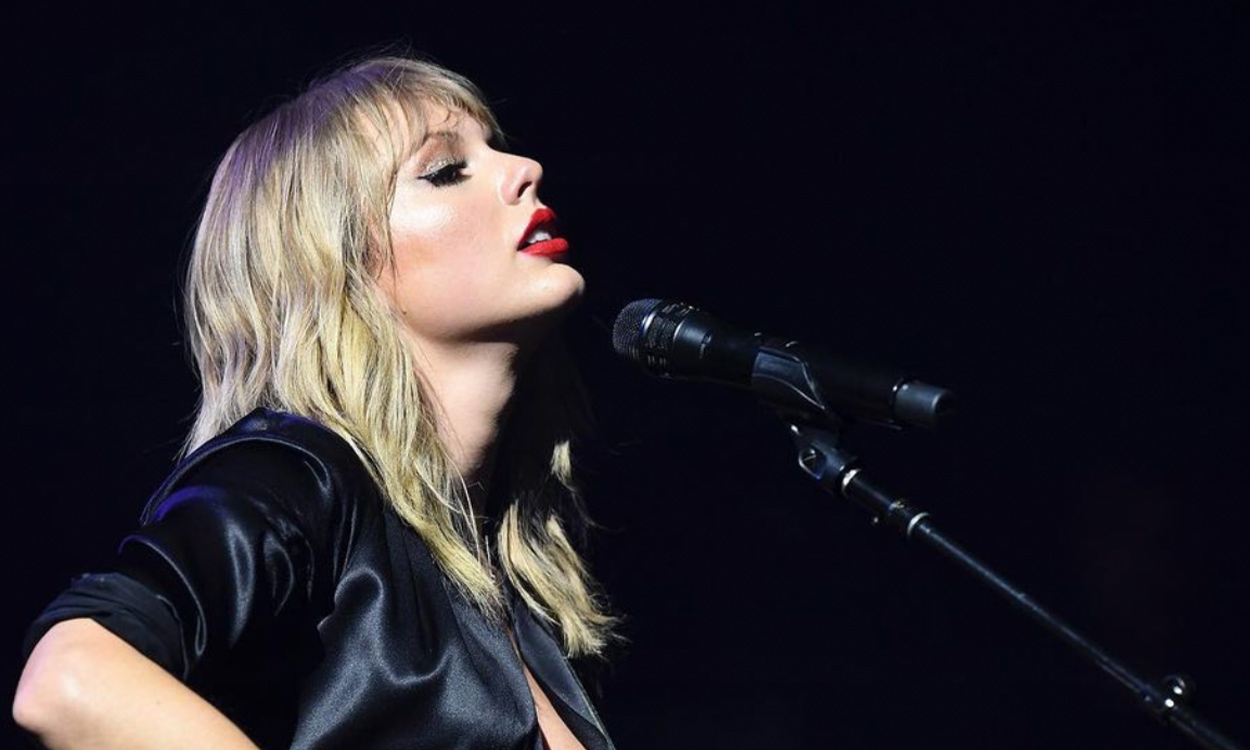 On 15 November 2022, millions of Swifties swarmed the ever-exasperating Ticketmaster website in hopes of securing a prized spot at their superstar idol’s upcoming Eras Tour. After demand became overwhelmingly high—with some resale priced tickets sitting at over $22,000 a piece and reportedly over 3.5 billion total system requests for the page—the site crashed, leaving gen Zers and millennials alike overcome with grief.

On Thursday 17 November, Ticketmaster cancelled the sale, claiming that it had an insufficient ticket inventory due to the high demand there had been for presale tickets. The company later went on to state that the unprecedented demand for Taylor Swift tickets could’ve filled “900 stadiums.” Many fans expressed their frustration with the global company due to the prevalence of glitching problems and dynamic pricing—a system where prices can vary drastically depending on demand or availability.

The entire fiasco that occurred has been gripping news headlines for almost two weeks and among all of the discourse and debate, there appeared to be one general consensus: Ticketmaster is the absolute worst. There’s not a man, woman nor child alive who hasn’t laboured over the chaos and confusion that is the supposed hub of ticket sales and distribution. So, it begs the question, what happens next? Will this titan of the industry be held to account by Government officials?.

Resident social justice politician and consumer champion Alexandria Ocasio Cortez (AOC) shared her thoughts on Twitter, stating: “Daily reminder that Ticketmaster is a monopoly, its merger with Live Nation should never have been approved, and they need to be reigned in. Break them up.”

Why did Live Nation and Ticketmaster partner up?

Approximately 12 years ago, Ticketmaster partnered with Live Nation. The former being a titanic ticket selling company, and the latter being a monumental industry leader specialising in hosting concerts and promoting tours. For those operating inside of these two companies, it was a match made in heaven—for the consumers, it was an epic nightmare.

According to Forbes, the result of this unprecedented industry merger has been that the two companies’ monopoly has stifled any competition that might have enabled the creation of stronger rivals that could have lowered ticket prices and boosted the effectiveness of ticketing systems.

After the recent outrage, both from consumers and high-ranking officials, the US Senate decided it was appropriate to conduct an antitrust hearing to assert whether or not Ticketmaster has too much authority and influence over the state of US ticketing.

An antitrust lawsuit or hearing occurs when officials believe the market of a particular industry is at risk due to a lack of competition. Its aim is to limit the market power of a monopoly. One such solution can be price fixing.

As reported by The Guardian, Senator Amy Klobuchar will chair the antitrust panel, and Senator Mike Lee will be the top Republican on the committee. “The high fees, site disruptions and cancellations that customers experienced shows how Ticketmaster’s dominant market position means the company does not face any pressure to continually innovate and improve,” Klobuchar told media outlets.

The Senator continued: “We will hold a hearing on how consolidation in the live entertainment and ticketing industry harms customers and artists alike.”

Klobuchar was one of three lawmakers who argued in a letter on 21 November that Ticketmaster and Live Nation should be broken up by the Department of Justice if any misconduct was found during the ongoing investigation.

How has Taylor Swift responded?

Following the ticket fallout, Swift took to her Instagram to address the situation. The recent American Music Awards (AMA) winner stated: “There are a multitude of reasons why people had such a hard time trying to get tickets and I’m trying to figure out how this situation can be improved moving forward. I’m not going to make excuses for anyone because we asked them, multiple times, if they could handle this kind of demand and we were assured they could. It’s truly amazing that 2.4 million people got tickets, but it really pisses me off that a lot of them feel like they went through several bear attacks to get them.”

Swift concluded: “And to those who didn’t get tickets, all I can say is that my hope is to provide more opportunities for us to all get together and sing these songs. Thank you for wanting to be there. You have no idea how much that means.”

The singer has also faced recent backlash following the release of her ‘Anti-hero’ music video. In one particular clip, Swift is captured standing on a scale while the word ‘fat’ flashes onto the screen.  Some netizens took umbrage with the moment in question, finding it a harmful perpetuation of a historically negative stereotype.

In regard to the upcoming Senate hearing, it is unknown as to when it will officially start, or who will be called to testify. 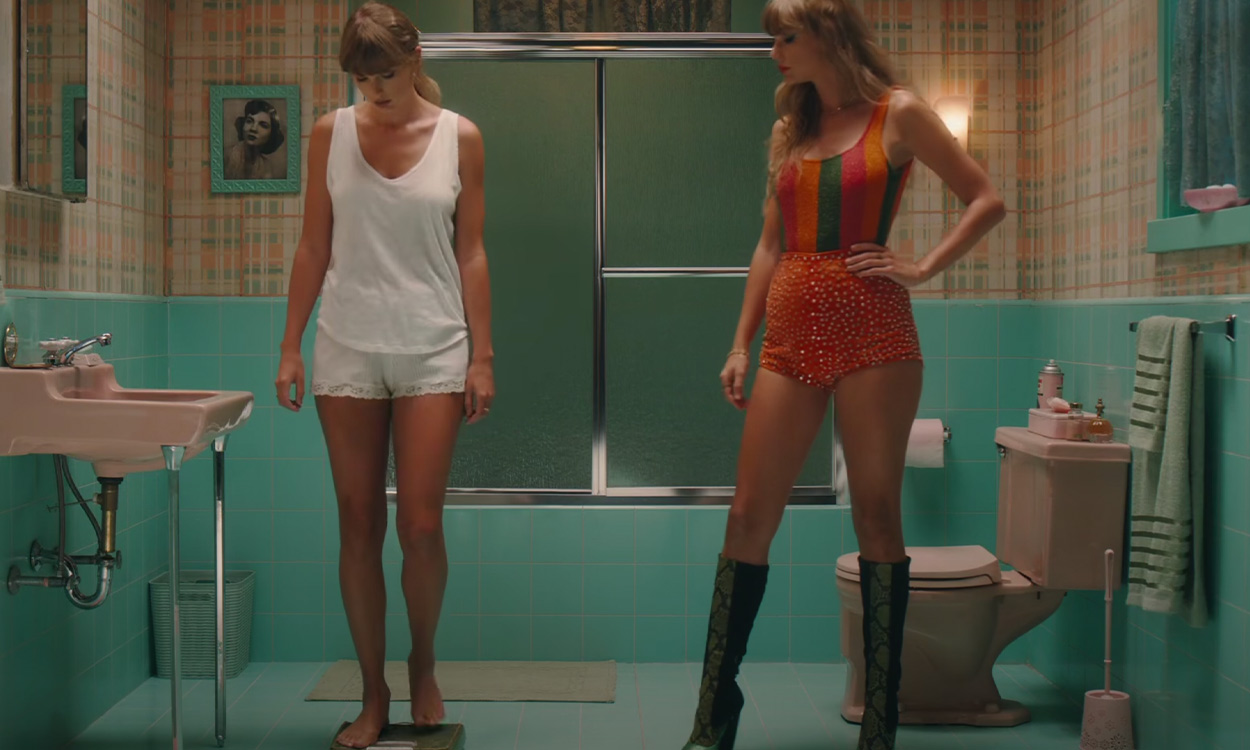 Everything you need to know about Taylor Swift’s fatphobia accusations

On 28 August 2022, Taylor Swift attended the Video Music Awards (VMAs) and took home the ‘Video of the Year’ award. Unencumbered by an aggravated and irate Kanye West—who had previously publicly shunned and embarrassed the singer during the 2009 VMAs—Swift gleamed and teased audiences with her spanking new album Midnights.

Fast forward to October, only a week after its highly-anticipated release, fans are taking up their battle stations—conflicted over whether a clip from the ‘Anti-Hero’ music video is fatphobic or not.

If you haven’t yet seen the music video, the moment in question depicts Swift standing on a set of weighing scales while a separate—and evidently evil—version of herself looks on. Rather than showing a number, the scales simply read “FAT.”

The internet, as it so seems, is incredibly divided over this clip. Some netizens have found it to be a harmful perpetuation of a negative stereotype, while on the other hand, others have praised the moment as “relatable,” applauding the singer for speaking openly about her struggles with body image.

Twitter—aka the place in which all things pop culture are debated and demolished—was the primary platform where thoughts were shared regarding the video. On both sides of the conversation, eating disorders (EDs) appeared to be the primary point of contention.

A user wrote: “One criticism of Taylor Swift’s music video is that you don’t need to be fatphobic in your description of your body image. It isn’t bad to be fat, and her having the scale say ‘fat’ is a radical simplification of eating disorders, especially when fat people have EDs too.”

Another Twitter user commented: “Taylor Swift stepping on the scale and then her expression dropping when she sees the word ‘fat’ just to further perpetuate the idea that it’s a bad word and bad to be it. Being fat isn’t sad, scary or bad, you’re just deeply fatphobic. Even if unintentional, it’s still so harmful.”

For those in defence of Swift—which there are many—the online dialogue pertains to a similar topic but is instead centred on validating the musician for opening up about her own ED and in turn providing some with comfort.

One fan in support stated: “If you think Taylor Swift is being fatphobic in her music video you’re dismissing and invalidating every human who has an eating disorder aka a very legitimate mental illness.” Another Swifty wrote: “As an actual fat person everyone calling Taylor Swift a fatphobic is completely out of their mind and undermining her ED, her struggles and the public scrutiny she has been suffering for years.”

Whatever your thoughts on the topic—whether pro or against—the Folklore creator evidently took notice and, only a few days later, the original video was removed by Apple Music and replaced with a version that doesn’t feature the word in question.

While it is crucial to never invalidate someone’s personal journey either in relation to their body image or an eating disorder, it is also important to consider the harmful impact that can be fostered when we continue to associate the word ‘fat’ with feelings of being lesser than or unworthy.

In 2021, a creative named “Your Fat Friend” took to the internet to discuss their feelings about the current societal discourse surrounding this topic. In their words, “Some people use fat to mean unlovable, undesirable, slovenly, unintelligent, lazy. Others use it to mean wealthy and greedy; other times we use it to mean poor and lazy. Sometimes it’s a stand-in for sloth, gluttony, and other deadly sins. Fat becomes a floating signifier—a word that’s a blank screen for us to project our assumptions and feelings onto.”

They continued, “Know that your discomfort with the word fat may indicate discomfort with fatness or with fat people ourselves. If that’s the case for you, work on uprooting your own anti-fat bias.”

In 2019, Teen Vogue reiterated this sentiment, emphasising how reclaiming this word is a powerful form of self-empowerment and growth. And, even more so, individuals should be aware of how using this term negatively in a digital space can have devastating consequences. Context matters.

Having watched the video myself, both the unedited and edited versions, I can understand both sides of the argument. While netizens are right in defending Swift’s autonomy to create content reflective of her personal struggles, it’s also valid that some are taking offence.

While integral progress has been made, mainstream media is still heavily prone to idolising and celebrating what society has deemed a ‘desirable’ body: white, thin, and able.

Though we might all be secretly thrilled at the resurgence of chokers, baby tees, and rhinestones, the Y2K resurrection also brought with it many of the toxic fashion trends we should’ve left in the 2000s. Low-rise jeans and denim mini-skirts—while they ought to be enjoyed by everyone—did ultimately pave the way for a torrent of fatphobic abuse.

With this all being said, perhaps the latest Midnights drama may prove as a step in the right direction towards normalising this conversation and allowing everyone’s voices to be heard.