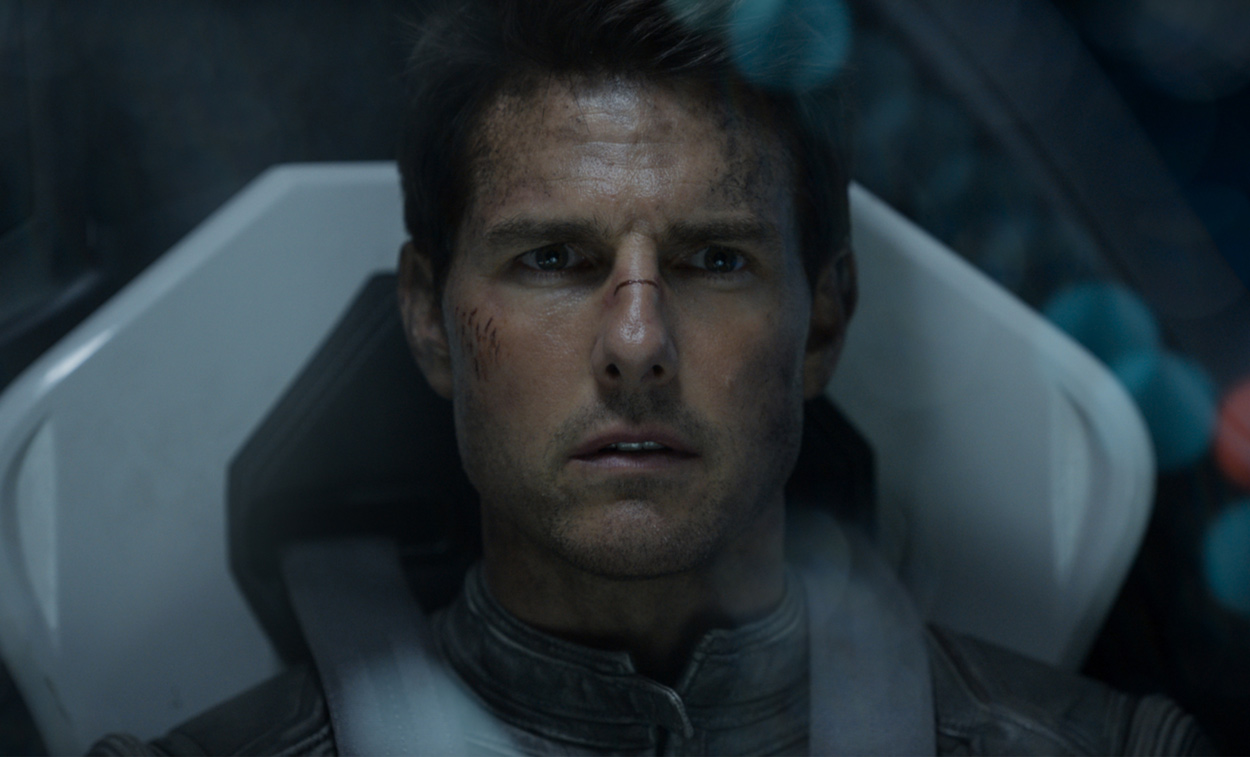 Tom Cruise is swapping out sleek jet aircraft for high-powered rockets. The Top Gun: Maverick star is supposedly in the process of pitching a new movie which will see him ride a rocket straight to the International Space Station (ISS). Always the overachiever, this one.

According to the BBC, the actor has teamed up with American film director Doug Liman for the upcoming project. In the past, Liman has headed a number of incredibly popular action blockbusters such as Mr & Mrs Smith, Edge of Tomorrow and The Bourne Identity franchise.

Speaking about the exciting project with the BBC, Donna Langley, Chairwoman of Universal Film Entertainment Group, stated: “Tom Cruise is taking us to space—he’s taking the world to space. That’s the plan, we have a great project in development with Tom that does contemplate him doing just that.”

Langley also expressed her wishes to help Cruise be “the first civilian to do a space walk outside of the space station.”

While many still revere Cruise for his stunt abilities and extensive repertoire, a number of millennials and gen Zers will know the actor more for his links to the controversial Church of Scientology than his killer stuntman skills.

For example, Leah Remini—former member and now resident Church of Scientology ass whooper—has been highly critical of the Hollywood star’s connection to the organisation, and indeed his historic promotion of the problematic religion.

In June 2022, following the release of Top Gun: Maverick, Remini retweeted a post from fellow former Scientologist, Claire Headly. Within the tweet, Headly accused Cruise of committing “crimes against humanity,” both in relation to his close association with the Church and in regards to his previous relationship with ex-wife Katie Holmes—who reportedly tried to flee the turbulent marriage with their daughter Suri multiple times before the couple officially divorced in 2012.

There have been no official announcements regarding the release of Cruise’s celestial project, however, with a fighter jet licence, a helicopter licence and a real estate licence under his belt, it won’t be long before the actor hunts down his space rocket qualifications. 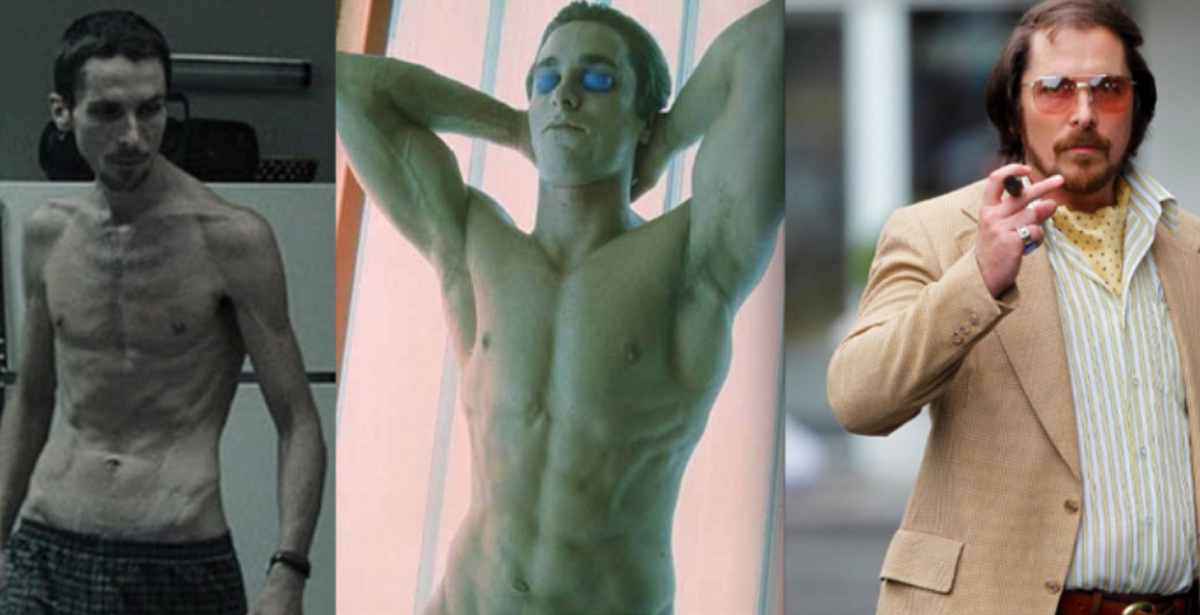 From Jared Leto to Christian Bale, here are 5 crazy things method actors have done for their roles

Method acting is a term used to define a range of training and rehearsal techniques that seek to encourage sincere and expressive performances through identifying with, understanding, and experiencing a character’s inner motivation and emotions. The concept was first drafted by Russian theatre practitioner Konstantin Stanislavski in the early 1900s, who famously said, “Remember; there are no small parts, only small actors.” Though he did not use the term “method acting,” he encouraged actors to create naturalistic performances, which gave a noticeable contrast to the traditionally more theatrical and heightened style of that era.

A method actor is often consumed by their role—they meticulously research their character to gain insight into what it feels like to be them and why they make the decisions they do throughout the course of the play, series or film concerned. Long story short, it leads method actors to empathise with their characters’ emotions—whatever they may be.

Over time, it seems that the idea that an actor must authentically experience and feel the lived reality of the character they are playing has shifted into the only thing that US Hollywood actors deem to be ‘good acting’. Don’t get me wrong, it has given us a century of brilliant performers, acolytes of the so-called Method: Marlon Brando, Dustin Hoffman, Ellen Burstyn, Jane Fonda, Robert De Niro, Harvey Keitel, Faye Dunaway, Jack Nicholson, Hilary Swank, Leonardo DiCaprio, Heath Ledger and more.

But some of the modern actors who are known to swear by the practice have oftentimes taken things too far. To show you exactly what “too far” means here, we compiled a top five of the craziest things actors did in the name of method acting.

1. Jared Leto had to be pushed to and from the bathroom in a wheelchair for ‘Morbius’

When you think of method acting, chances are the first person that comes to mind is Jared Leto and how reportedly insufferable he’s been on countless movie sets over the years—his long history of paedophilia and predatory behaviour is also widely known, yet not many seem to be actually going after the actor for it. But that’s a story for another time.

More recently, Leto’s been making waves for his over-the-top behaviour while filming his latest movie, Morbius—which, it should be said, has received awful reviews since its release. In an interview with Uproxx, the Marvel movie’s director Daniel Espinosa was asked, “Someone told me that Jared Leto was so committed to playing Michael Morbius that even when he had to go to the bathroom, he would use his crutches and slowly limp to get to the bathroom. But it was taking so long between for pee breaks, that a deal was made with him to get him a wheelchair so someone could wheel him there quicker and he agreed to that. Is this true?”

Espinosa answered with a yes, to which he added that Leto felt he needed to mimic and fully embody his character, who lived with chronic pain as a result of a specific blood condition. “I think that what Jared thinks, what Jared believes, is that somehow the pain of those movements, even when he was playing normal Michael Morbius, he needed, because he’s been having this pain his whole life,” the director explained. “Even though, as he’s alive and strong, it has to be a difference. Hey, man, it’s people’s processes,” he concluded.

Yep, some overworked, underpaid below-the-line worker (maybe multiple) was given the task of pushing a multi-millionaire feigning a limp to urinate. And we don’t even know if Leto was assisted beyond being transported to the loo. His reputation as a nightmare to work with is not new either—we all remember when he sent dead animals to his co-stars on the set of Suicide Squad.

2. Daniel Day-Lewis caught pneumonia on the set of ‘Gangs of New York’

We have to admit, Daniel Day-Lewis’ acting was pretty impressive when he played the role of Bill the Butcher in Gangs of New York. But still, when the man decided he would rather freeze to death than wear a coat that couldn’t possibly exist in the 19th century, he just might have gone too far. The actor was so stubbornly and stupidly adamant not to wear a warmer coat between takes that he caught pneumonia.

“And I will admit that I went mad, totally mad… He [Bill the Butcher] was a bit of a punk, a marvellous character and a joy to be—but not so good for my physical or mental health,” Day-Lewis admitted himself when speaking to The Independent.

Prior to this little number, while preparing for In the Name of the Father, the actor lost 50 pounds (22.5 kilos) and spent two days in solitary confinement without food and water to get a feel of what some inmates go through. For Lincoln, he insisted everyone call him “Mr President.” Seriously?

3. For his role as Steve Jobs, Ashton Kutcher ate only fruit, ending with a hospital trip

For his role as the late American business magnate in the universally panned movie Jobs, Ashton Kutcher decided he’d try Jobs’ infamous fruitarian diet, which is made up of fruit, nuts, seeds and grains—nothing more.

Inevitably, Kutcher had to be rushed to the hospital and was diagnosed with pancreatitis. No one can tell us that the actor would have never been able to play Jobs without all those celery juices…

Usually, actors are given the option not to eat a live animal for a specific scene—and more often than not, most people go for that option. But you always get some strange exceptions to the rule. Nicolas Cage famously ate a live cockroach while filming Vampire’s Kiss. Actually, he ate two because they had to film the scene twice—and it’s even be said that he wanted to munch on a live bat instead of a cockroach.

But that’s nothing compared to Korean actor Choi Min-sik, who you might remember from I Saw The Devil, Lucy, and the movie where he ate a very much alive squid, Oldboy. It only gets worse when you know that they shot that scene four times, meaning that the actor had to eat four freaking octopuses. Oh, and it’s important to note that Min-sik is both a Buddhist and a vegetarian.

Christian Bale’s portrayal of emaciated insomniac Trevor Reznik in the 2005 thriller The Machinist led him to lose four stone (25 kilos) in only four months using an extremely calorie-sparse diet to ditch the weight from his previous role in American Psycho.

As reported by Men’s Health, “Across the four months of pre-production, Bale subsided on a diet of black coffee, one apple and a tin of tuna per day.” Speaking to Esquire, Harley Street health expert Daniel O’Shaughnessy explained that “this is less than 200 calories per day, so it’s not healthy at all. An extreme diet like this will play havoc with your metabolism and cause a lot of stress on the body.” You don’t say!