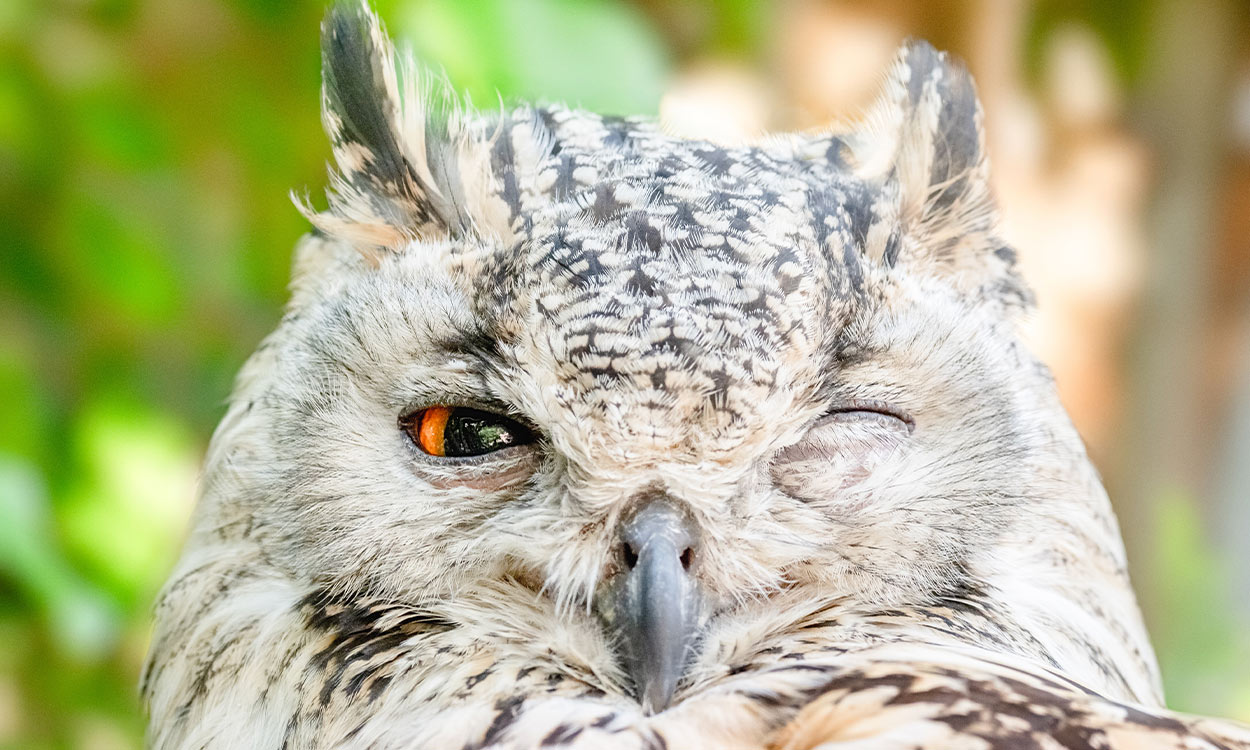 More recently however, the Canadian municipality has been plagued by a relentless terrorist going by the name Winky. The hooligan’s sole mission in life? To prove that even the best-protected house can be undermined at any moment, that a fancy mansion does not truly belong to the person whose name is on the deed. Oh, and I almost forgot the best part about this modern-day, Robin Hood-inspired tale—Winky’s an owl.

In a CTV News segment that aired on Tuesday 15 November 2022, reporter Jordan Cunningham described how the Oak Bay Police Department was first called to the “upscale neighbourhood” at 4 am Thursday 10 November after a frightened resident called 911 to report that an owl had broken into their home.

Winky—who has since been identified as a male owl, it appears—was photographed during his crime, looking straight into the camera, his remorseless stare still obvious even though he squinted one eye, which has now become his trademark pose. The picture also showed the winged criminal digging his talons into what a police constable described as “a very expensive leather couch.”

Despite the fact that Winky is only nine inches tall and about 800 grams (1.7 pounds) in weight, clips included in the segment showed that the police were unable to stop such a powerful force of nature. Instead, officers were seen moving around the victim’s house poking at Winky with brooms and (poorly) attempting to wrap him up in a blanket.

Although one officer admitted that they had found these owl-catching tactics on Google, I’m convinced that, had they been experts on the topic, they still wouldn’t have managed to capture the talented creature. After playing with the state’s authorities, Winky eventually “walked out the patio doors” on his own. But this was not the end of the owl’s reign of terror.

On Sunday 13 November, the police were called once more after it was found that Winky had ransacked another home in the peaceful area. This time, he tore pictures from the walls, knocked over lamps and vases, and taunted officers in an even more disrespectful manner than the last, perching on a fancy chandelier and looking down on the residents as they cleaned his mess.

In what I like to think of as an effort to show that his violence is aimed at material wealth, not individuals—Robin Hood, remember—Winky allowed himself to be pet before flying away from the scene of his second crime.

Though a third crime is yet to be committed, when he undoubtedly returns for another break-in, Oak Bay Police Department better read up on owl-catching techniques beforehand because Winky’s clearly not your typical barn owl.