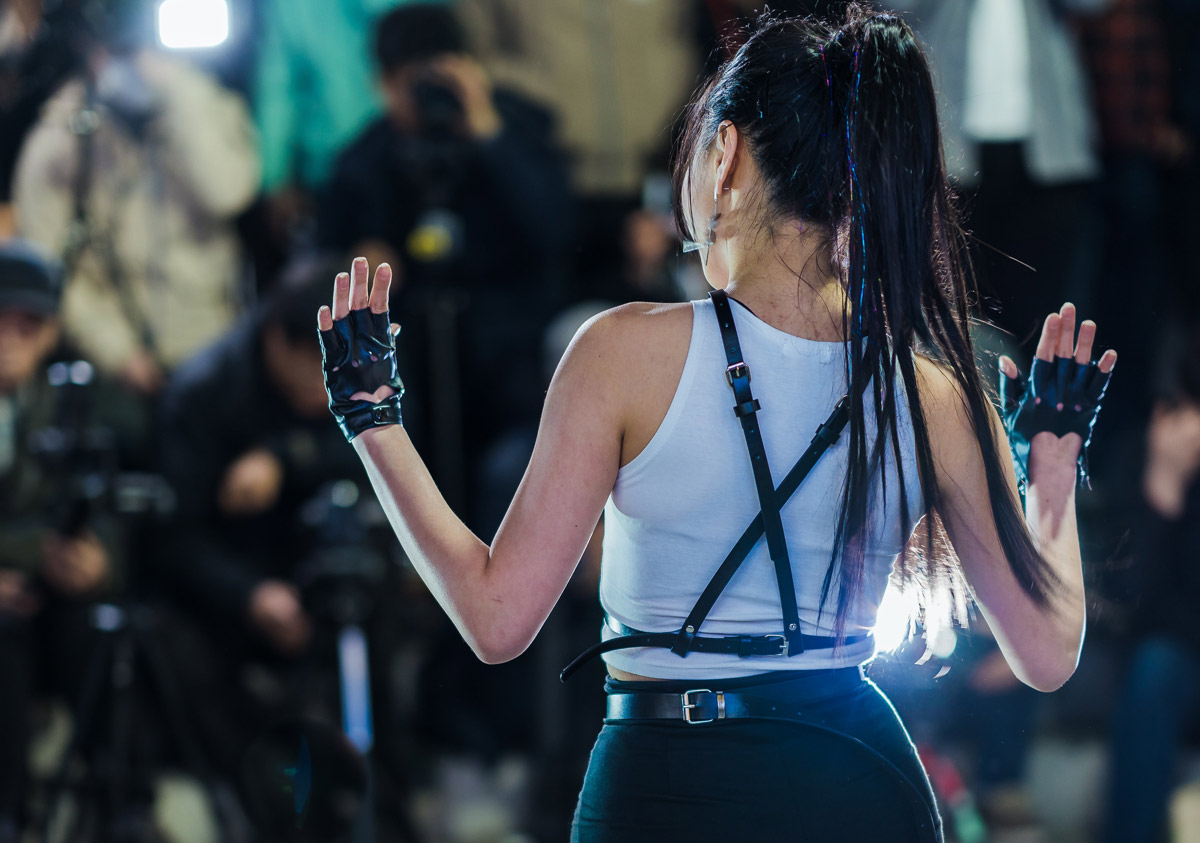 China has vaccinated one of the largest cohorts globally, with 243,9 million doses given out at the end of April 2021. But compared to the 246 million doses administered in the US, and considering its population of 1.4 billion—China still has some ground to travel before reaching its 40 per cent target by June. Where there is a will, there is a way, and China’s pulling all the can-do attitude in somewhat surprising ways, even if many of its citizens feel the vaccine isn’t needed because of the tightly controlled systems put in place. So, how exactly is China accelerating the rollout of vaccinations?

Dangling the incentive biscuit has been tried and tested all over the world, such as free eggs or store coupons (a few perks given by a Shanghai district) or free Krispy Kreme doughnuts in the US, but on 30 April, the Hongkou district launched a very different kind of campaign, with the Chinese girl band SNH48 as its ambassadors.

As stated by Quartz, the poster above reads “[let’s] build the immunity barrier together, both you and I can help.” On the top left of the poster, there are also keywords from China’s “core socialist values,” a doctrine promoted by the Party to enhance citizens’ faith in the moral values of the country, including prosperity, democracy, and civility, among others.

SNH48’s involvement in persuading the Hongkou district’s citizens to have their vaccines already seems to be working. A mobile vaccination clinic outside the band’s theatre was originally planned to be set up this week, but was then cancelled due to the overwhelming response from the band’s fans. According to a post by Shanghai Star48 Culture & Media on Weibo, “The people who made appointments to be vaccinated at the clinic far exceeded the amount it could accommodate.”

A change of stance has since been generated: those who get the vaccine this week can then get a special stamp “building immunity barrier together” at the theatre group, from two of the band’s members, but only those who have received the vaccine during that week. SNH48’s members are young girls that were selected and put together through auditions to form multiple singing and dance teams, and one of the major selling points to this particular team, was their ‘closeness’ to their fans.

The band members have regularly held activities such as ‘handshaking gatherings’, where their fans can mingle with them in the flesh. They also have stamps that go on a passport (not a real one, but a pamphlet that fans purchase from the company to collect seals from the band at events). A certain number of these seals can earn the fans rewards, such as posing for a picture with band members.

Other ways that China is promoting COVID-19 vaccinations

Besides the genius girl band idea, China’s Shandong province is creating other ways to entice people to get their shots: those who have received both doses of the vaccine will be given a golden “health code,” which is a coloured digital barcode indicating people’s health status through a smartphone app, which originally was adopted after the very first COVID-19 outbreaks in 2020. The code usually has three colours: green, red and yellow, but the new code incentive has added a new feature, a golden frame and emojis of vaccination shots as well as a shield to the green code (which means the person is allowed to move around freely and as they please).

It’s safe to say that the way China is dealing with COVID-19 vaccinations is not just accelerating the jabs themselves, although time will prove that one, but also accelerating what looks like an entirely new era of cultural behaviour. Not sure about you, but I’ll be keeping up to date with their progress as the rest of the world may sooner or later follow suit.