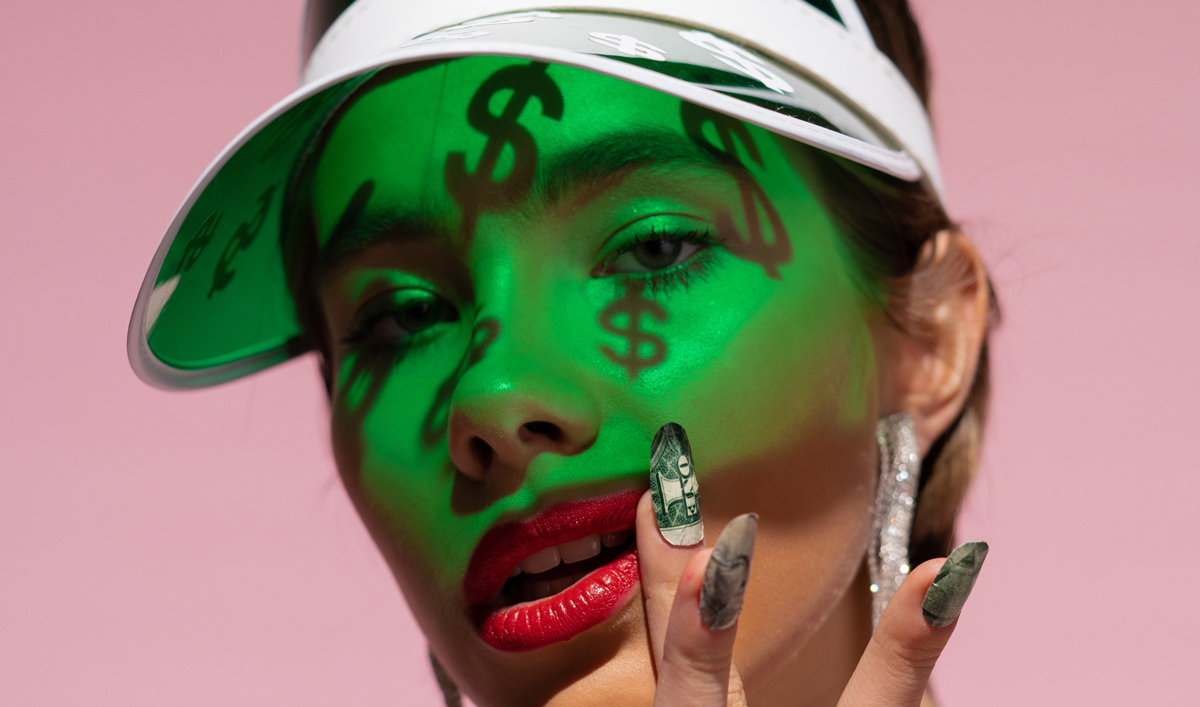 On 23 July 2020, TikTok announced the launch of a monetary programme “to help support ambitious creators who are seeking opportunities to foster a livelihood through their innovative content.” Dubbed TikTok Creator Fund, the platform dedicated $200 million to revolutionise its creator economy in the US while encouraging them to do what they love. Six days later, TikTok witnessed an incredible response to the initiative. “We are excited to share that we expect this Fund will grow to over $1 billion in the US in the next three years, and more than double that globally,” the platform wrote in a press release at the time.

Close to the end of 2021, TikTok hit a major milestone of one billion monthly users and these numbers have only skyrocketed since. In fact, the platform’s parent company ByteDance made a whopping $58 billion just last year—a 70 per cent year-on-year increase, to be exact.

‘Wow, with these statistics TikTok’s creator economy must be booming,’ I hear you say. On the surface, yes, the gen Z-first platform may scream “Hey! We’re paying independent artists!” out loud with its Creator Fund, but a recent wave of revelations, first highlighted in a video by Hank Green—an OG YouTuber, TikTok star and founder of VidCon—suggest a concerning and rather incognito gap in how TikTok pays its creators.

Before we get into the thick of it, let’s analyse how social media companies typically go about their creator programmes. In 2007, YouTube established the YouTube Partner Program (YPP) which essentially enables revenue sharing on the advertisements that play before a creator’s video. Here, 45 per cent of the money earned goes to YouTube while the creator gets the rest 55 per cent. In his video, Green explained how the Partner Program has redefined the entire “history of online media.” Rightly so.

Given how the program’s revenue ratio has not changed ever since its introduction, it’s safe to say that as YouTube grows, so will the amount creators make from their videos. On the other hand, TikTok’s monetisation structure is entirely different. Unlike YouTube, ads on TikTok are run between videos rather than on them. So in this case, it’s practically impossible for creators to earn ad revenue with their content on the platform.

This is where TikTok’s Creator Fund came in: pitched as the coveted solution to monetisation which definitely caused a collective sigh of relief.  Although the platform hasn’t exclusively stated the metric it uses for Creator Fund payouts, Green believes it’s estimated by watch time. According to his calculations, he theorised that TikTok looks at the watch time generated by all the creators who have enrolled in the Fund. The platform then splits the $200 million between all of them proportionally—with more money going to creators whose content bought in more watch time, of course.

Now, $200 million is no joke. But the problem arises because this number is static. That is, no matter how many users sign up for the app, how much money TikTok makes and how many creators are enrolled into the programme, the platform will always pay $200 million to its US-based creators. Remember that this is a static pool of funds that we’re talking about at the end of the day. In short, as TikTok grows, the size of its Creator Fund does not. And as Green puts it: “When TikTok becomes more successful, TikTokers become less successful.”

Imagine baking a cake and inviting everyone in the neighbourhood to come over and have a piece. But in this case, the biggest chunks go to the ones you deem are more deserving with a secret metric of judgement. Not the most fitting example but you get the point. The more creators who join the Fund and make good content that gathers views, the less money there is to go around.

Following Green’s revelations, other stars like Safwan AhmedMia and MrBeast posted screenshots of their own Creator Fund earnings. While the former had earned £112 (around $150) from gathering over 25 million views on TikTok since April 2021, the latter made close to £11,044 ($14,910) with one billion views.

“The Creator Fund is one of many ways that creators can make money on TikTok,” a TikTok spokesperson told TechCrunch, when the outlet reached out with insights from Green’s video. They then outlined new initiatives like the TikTok Creator Marketplace—which helps brands connect and collaborate with creators—along with the recent launch of a feature that lets creators receive tips at any point rather than just on livestreams.

“We continue to listen to and seek feedback from our creator community and evolve our features to improve the experience for those in the program,” the spokesperson concluded. It’s worth noting that both the new features mentioned by TikTok are already natives of YouTube.

That being said, it can’t be denied that every other social media company has tried to rip the mantras behind TikTok’s booming success over the past few years. While YouTube established a $100 million creator fund for Shorts, Snapchat is currently offering cash prizes for Spotlight challenges. Instagram is also in the mix by empowering creators to make more Reels with gamified cash bonuses.

“When we say TikTok is revolutionising the creator economy, what we actually mean is that creators are building and leveraging the audience they amass on the platform,” TechCrunch noted. “But by the numbers, TikTok isn’t putting its money where its mouth is to actually support creators.” Meanwhile, Green is encouraging other creators to organise and speak up about their earnings themselves—given the fact that TikTok is “not sharing anywhere near enough” on the matter. 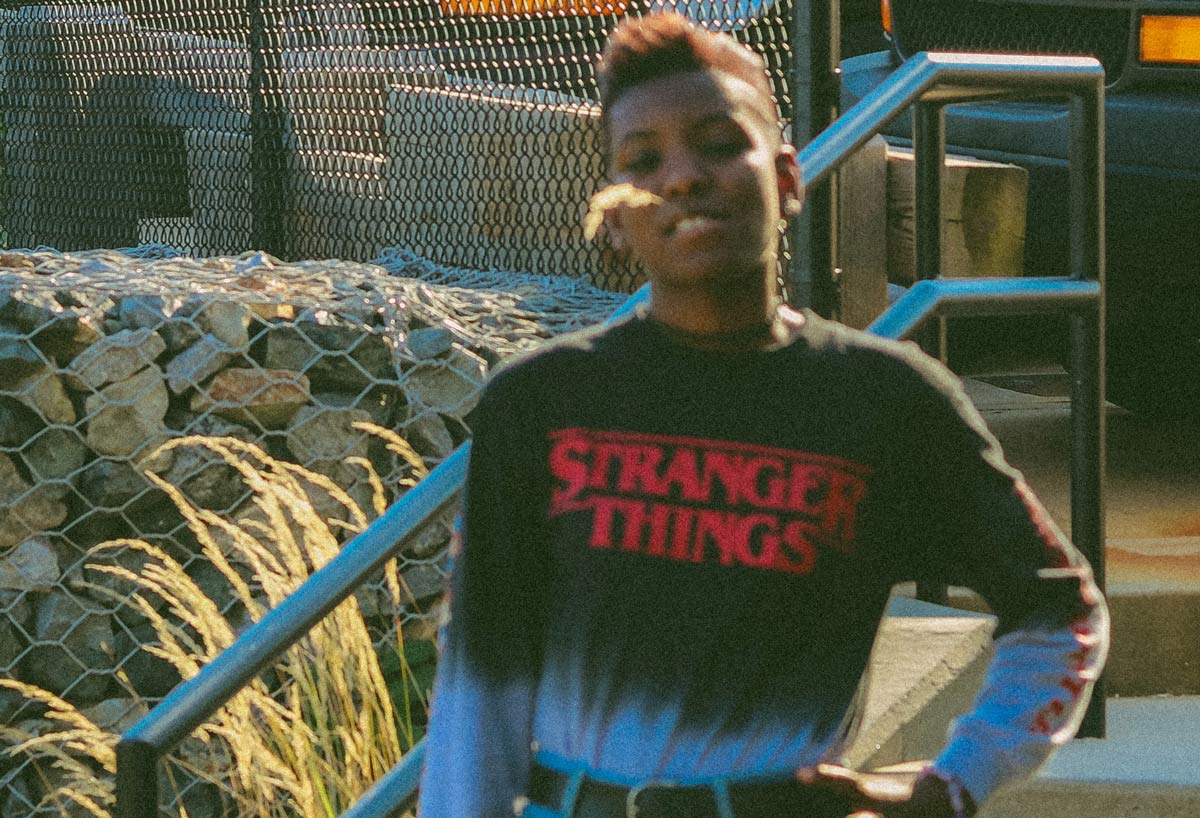 What is the TikTok Creator Fund?

TikTok’s Creator Fund wants to celebrate TikTok’s best and brightest by giving them the opportunity to earn money through their creative content, starting with $70 million (approximately £54 million) of funds available to thousands of creators across the UK, Germany, Italy, France and Spain. TikTok launched the Creator Fund on Tuesday 1 September as the first step towards “a new world of opportunity on TikTok,” according to the video-sharing app’s statement.

The platform wants to push its users to take their creativity, imagination and ambition to the next level. TikTok is also expecting the fund to rise to a total of $300 million (approximately £231 million) within 3 years and will extend it to further markets across Europe so that even more creators can be given the opportunity.

Why is it called the Creator Fund?

According to TikTok, creators receive funds based on a variety of factors from their videos, and of course, they should also know that performance on the app is dynamic—it changes naturally and often—so your funds will ebb and flow in the same way. In other words, the more creative your content is, technically, the more engagement you should receive and the more funds you should gain!

Who can apply to the Creator Fund?

Last month, TikTok announced some of the first recipients of the fund, but tens of thousands of creators across Europe will now be eligible to apply. By rewarding innovative and creative content, the app hopes this fund will continue to support its community of creators—and probably bring in more users while it’s at it.

To apply for the Creator Fund, you’ll need to meet some initial criteria. You must be based in the UK, Germany, Italy, France and Spain, be 18 years or older, have at least 10,000 followers, over 10,000 video views in the past 30 days and post original content in line with TikTok’s community guidelines.

Is there a fixed number of creators who can take part?

No! TikTok says there’s no limit on the number of creators who can join. It wants as many eligible creators as possible to make money doing what they love on the app.

How do I apply for the Creator Fund?

You can apply for it directly through the TikTok app. Access the TikTok Creator Fund in-app through your pro/creator account, confirm you are over 18, then read and agree to the TikTok Creator Fund agreement. Once approved, you should start earning from the performance of your content, which you can view in your accrued funds on your Creator Fund dashboard. So get creating, and don’t forget to read the agreement before you start!

Once I've applied, how are your funds calculated?

The funds that each creator can earn are worked out by a combination of factors, including the number of views and the authenticity of those views, the level of engagement on the content, as well as making sure content is in line with TikTok’s Community Guidelines and Terms of Service.

Because no two creators or videos are the same, there is absolutely no limit to the different kinds of content TikTok supports with the fund. The Creator Fund total varies daily and is dependent on the number of videos published by content creators that day, which means the daily fund will fluctuate based on the amount of content being published.

Is there a maximum or a minimum earning per creator?

Not yet at least! There isn’t a fixed amount of money that TikTok allocates to creators and the same goes for the amount of funds released daily. The video-sharing app has committed to £231 million over the next 3 years to the Creator Fund.