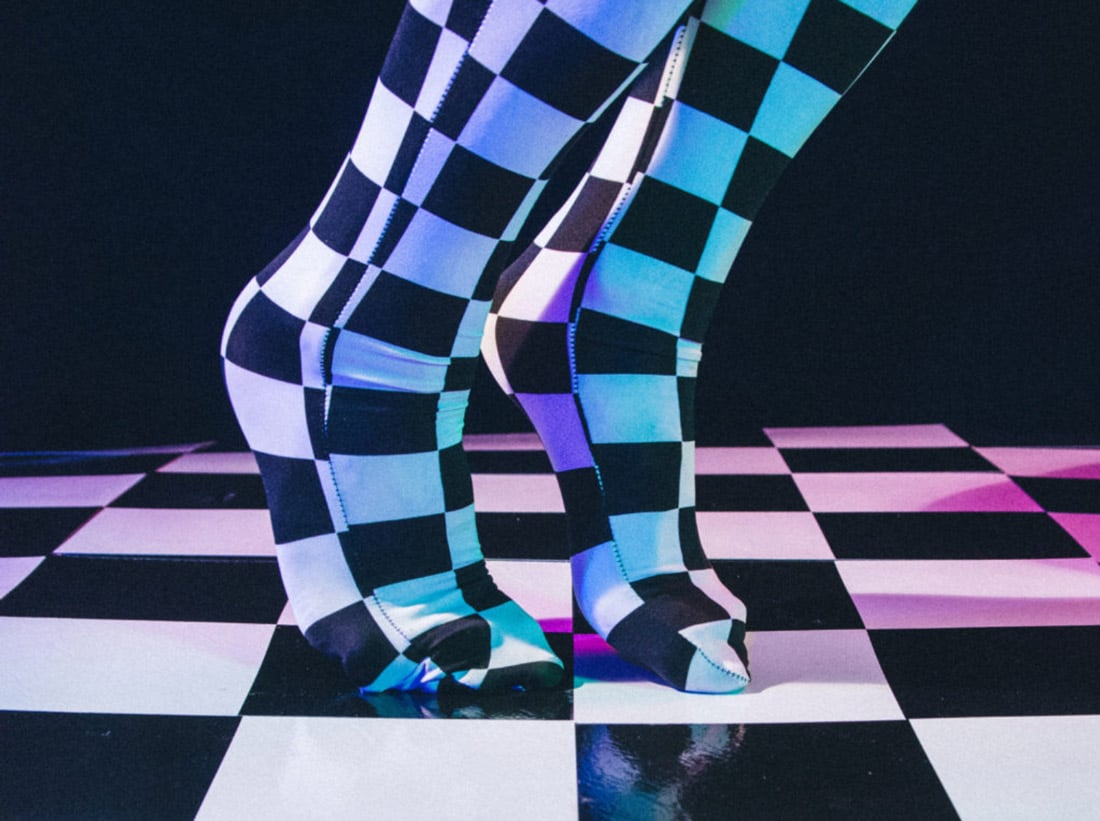 What is an eboy and how are they raising awareness of mental health, one TikTok video at a time?

What is an eboy and egirl?

Eboys, also spelled e boys or e-boys, meaning electronic boys, are good for this generation. Yes, I said it. Although perceived as an un-cool teen cliche as so many subcultures before (the e-boy name is often dragged with the same derision as hipsters in the 2010s or early aughts emo boys), they are also shedding light into the gen Z male psyche and dismantling toxic masculinity while they’re at it.

The fascination with eboy culture is often talked about in the media with the same enchantment as emo boy culture once was, and although the two subcultures are 10 years apart, the similarities between them are apparent. Both subcultures springing up at a time of the digital revolution, they mark the change of how masculine emotions, fashion, sexuality, and mental health are expressed—which feels timely as the world is going into deeper turmoil. Today’s teen boys are navigating through political, environmental, and social unrest while dismantling conventions of toxic masculinity in their everyday lives. From eboys’ thirst trapping (the internet term of posting raunchy photos on social media for attention) the internet with their alt-emo eboy outfits and sharp jawlines to the slow and inevitable revival of emo music, emo culture is being refiltered for gen Z through the eboy.

So, where did they come from? As it’s the internet where this movement was born and where it thrives, no one is quite sure, but most say they appeared around 2018 when TikTok grew in popularity. Many users described eboy culture as a mix of emo and rap, referencing rappers Yung Lean, Lil Peep, and My Chemical Romance’s Gerard Way as its forefathers. Sartorially, eboys are a mish-mash of BDSM harnesses and chains, 90s Leonardo Dicaprio curtain hairstyles and K-pop, wearing dangly earrings and shirts unbuttoned to the navel. Typically they are middle-class, white, suburban teen boys, producing clothing transformations, lip-syncing, or the signature eye roll and temple tap on TikTok. If you have no idea what any of those things are here is a Youtube tutorial for your viewing pleasure.

It’s hard not to see the parallels between the decade-apart subcultures. Both explored sexual fluidity and mental health, but in different contexts. Emo boys sported eyeliner and girl jeans and kissed guys (whether or not they were actually queer) while eboys express sartorial and sexual openness in a non-performative way as these liberations are now the social norm.

Don’t get me wrong, eboys can be annoying as hell. According to the countless Reddit threads of users, eboys are seen as “talentless fuckboys pretending to be lonely and depressed for clout and attention”. One Reddit user labelled them “as just another term for 2019 emo but a more socially acceptable version as an eboy”. As they are rarely seen in real life, eboys experience very little backlash for their looks, unlike their predecessors, who were ridiculed or even physically harassed for the way they looked. Performatively sad, these boys could easily be seen as posers, but they don’t care. Perhaps that’s the point. It’s not about authenticity, it’s about aesthetics—it’s the bad boy persona without actually being bad.

But eboys are more woke than their emo forefathers and mothers (Billie Eilish I’m looking at you). As emo ethos collides with gen Z ideals, e-boy culture represents the rejection of what it means to be a ‘man’. As toxic masculinity is slowly breaking down, the entire definition of masculinity is changing. Compared to the mid-2000s when emo boys were constantly ridiculed for being too feminine or expressing their emotions, gen Z guys are more open to talking about their feelings and comfortable dressing however they want. Arguably, gen Z’s are free to feel good about themselves and care about improving their looks. Throughout numerous Reddit threads, teen guys discussed jokingly (or not) how transforming into an eboy would solve their problems. They want to be desired, and as sexual orientation is loosely defined, the aim for eboys is not to attract just girls or guys– but to attract everyone. They don’t want to be the players, they want to be the prize.

Eboy culture also has a healthy view on drugs and sex. Similar to straight edge emos, these eboys don’t really promote drugs in their videos. Perhaps an occasional cigarette, Juul or joint, but drugs don’t seem to be the go-to vice for them. It’s clout that they’re addicted to.

Whether it’s a subculture or an aesthetic movement,  what’s wrong with a bit of self-love? The eboys aren’t promoting drug-use or causing harm to anyone. Thirst for public approval and a desire to belong and not belong at the same time isn’t a description of eboys but of teenagehood overall. The revival of emo culture is so timely because of the 21st-century male. But this time around eboys will be seen in a different light. So let the eye rolls and temple taps commence… 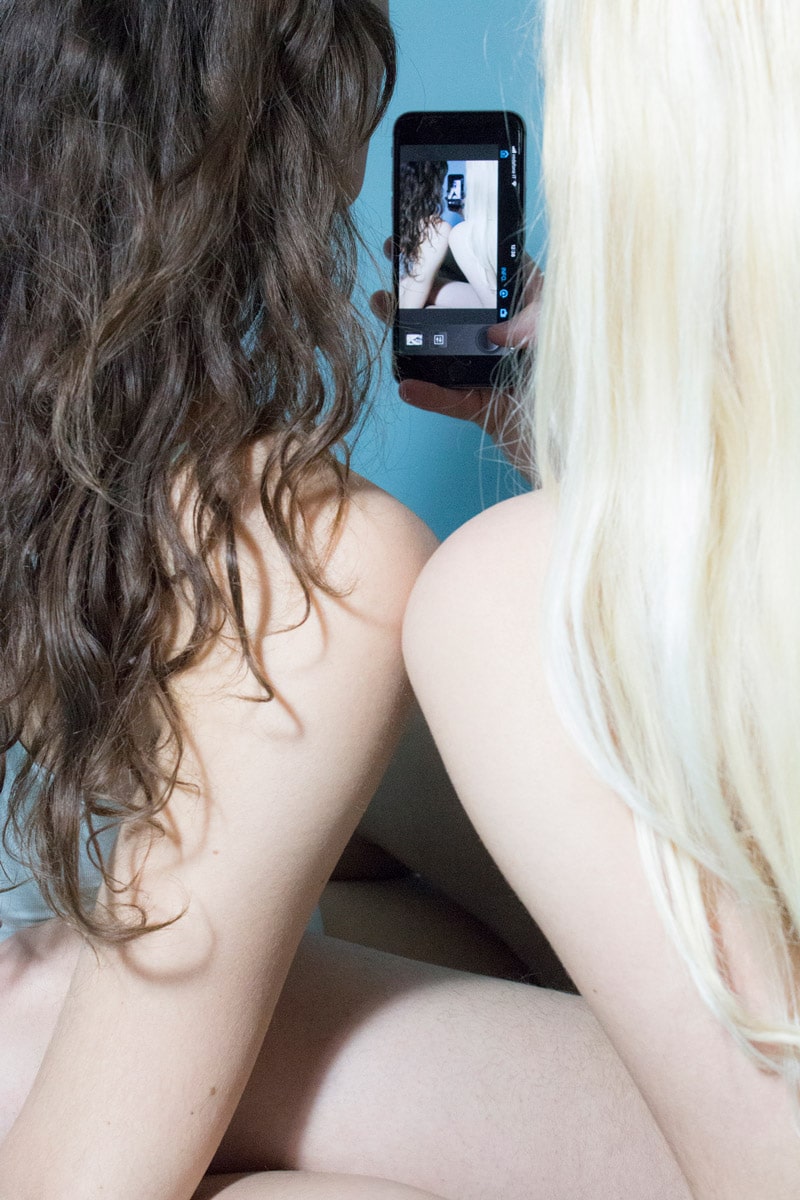 Incelism: the subculture that hates women

Incelism: the subculture that hates women

Are you a Chad? A Stacy or a Becky? An Incel, or perhaps even a Femcel? Just like in life offline, we know the internet is full of different communities, and in the manosphere there is a particular group called ‘Involuntary Celibate men’ a.k.a ‘Incels’. Like many new movements and groups, Incels are an internet-derived phenomenon. I searched the deep web for more information on ‘The Incel Crisis’.

Incels are members of an online subculture who define themselves (and on Wikipedia) as ‘perpetually single’ or ‘dating shy’ and therefore “unable to find a romantic or sexual partner despite desiring one”, a state they describe as ‘inceldom’. Self-identified Incels are often white, ‘geeky’ and almost exclusively male heterosexuals. A common narrative in Incels is that a high school crush ‘Stacy’ (see later for definition) rejected them in the past, and as a result of this they develop a hate for the female population as a whole. This rebuff has turned them dark, confused, and full of resentment. The jealousy and hatred they harbour towards women grow as they stew in their rooms—on forums—isolated from the ‘real world.’

Due to negative interactions with women who they believe have moulded their personalities to the very core, Incels base their self worth on female attention; adamant they are victims denied of sex only because of appearance. They feel they are doomed for a life of loneliness and neglect, with no hope, who see the world ‘how it really is’—which is ultimately ‘against them’.

Inceldom was created in 1993 by Alana, a neoliberal feminist aiming to found a place on the internet for people experiencing loneliness. Originally titled Alana’s Involuntary Celibacy Project (AICP), the forum quickly and unexpectedly turned into a backlash against women and the rise of feminist culture. The forums such as Reddit, 4Chan, and the now deleted Incel.me make for pretty grim reading, with angry, derogatory terms, and often racial slurs towards women. For example, JBW is used to imply that ‘just being white’ can resolve all Incel problems. The term ‘ethnicel’ is a non-white male who is Incel because of his ‘inferior’ skin––also disrespectfully called ‘currycel’ or ‘ricecel’ or ‘noodlewhore’.

Just like many subcultures, the Incels have their own jargon. They see women as either ‘Stacy’s’, who are feminine, attractive, unattainable and who only date ‘Chads’ (a.k.a Chad Thundercock) muscular, popular men who are presumed to sleep with many of women. Or ‘Becky’s’, who represents the ‘average’ woman. Women, in general, are also referred to in terms such as ‘femoids’, ‘Foids’ or ‘FHOs’ (Female Humanoid Organism). There are a group of women identifying as ‘Femcel’ yet Incels see the idea of who is female ‘involuntarily celibate’ as an oxymoron; they believe that unless a woman is “severely deformed”, she can have sex whenever she wants.

The Incels adopt the ‘Red Pill/Blue Pill’ metaphor from the film The Matrix––the red pill equals a life of harsh knowledge, the blue pill, a life of blissful ignorance. For Incels, to take the red pill means to know the ‘true nature of women’—that women are immoral, vain, unchaste, and not capable of loving ‘nice guys’ like themselves. To take the blue pill is to be a ‘normie’—an ordinary and conventional person (not an Incel)—living in ignorance of the ‘true nature of women’.

Incles believe in controversial paleomasculinism—that male domination and female submission are part of the natural order of things, and the ‘80-20’ rule (that 80 percent of women only want 20 percent of men) yet in the same breath they refer to women as ‘holes’ and evaluate women’s sexual market value (SMV). According to Inceldom, there are three types of men:

Alpha Male a.k.a Chads—a high-status male who gets all the sex he desires, because his controlling and socially-dominant personality is so alluring to females.

Beta Male—a male who is somewhat inept in relationships with females and thus doesn’t get “enough” sex because he isn’t confident enough to be an Alpha and he isn’t rude enough to be a bad boy.

Omega Male—a male who has no prospects whatsoever of getting laid a.k.a an Incel.

Extreme incels think women should not be able to vote because they are unintelligent, they also support rape and some have even murdered people, since 2014 there have been several cases of deadly attacks executed by Incles. There are a few Incels who declare themselves as ‘The Supreme Gentlemen’—a sub-genre of the ‘nice guy’ genus (a rank in the biological classification) that has allowed their ego to inflate to such an extent to cause ‘Omega rage’, a state of mind in which their lack of sexual prospects leads to violent sexual, suicidal, or homicidal behaviour (also known as taking the “black pill” due to nihilistic views).

The term Incels use at the core of their community is ‘Looksism’, the belief that a person’s physical appearance is the primary determinant of their attractiveness as a mate. It seems that together on these forums they obsess over masculine traits such as FWHR (face, width, height, ratio), chin size, nose size, baldness, weight and height amongst others and rate each other’s looks. By rating and insulting each other, they transform the Incelosphere into a toxic environment.

The Incel community is incredibly secretive and because of this it is impossible to know how many Incels there are. Social anxiety, depression and a lack of self-esteem are issues that most Incels deal with—something that is at the core of this culture. Recently, more and more motivational videos and comments on how to change for the better have appeared in the Incel forums—with many YouTube videos from ‘ex-Incels’—in a bid to change this perpetual toxic corner of the web and its resulting femicide. The original Inceldom creator Alana is now trying to offer a new platform where lonely people would find respectful love, instead of being stuck in a perpetual loop of anger.