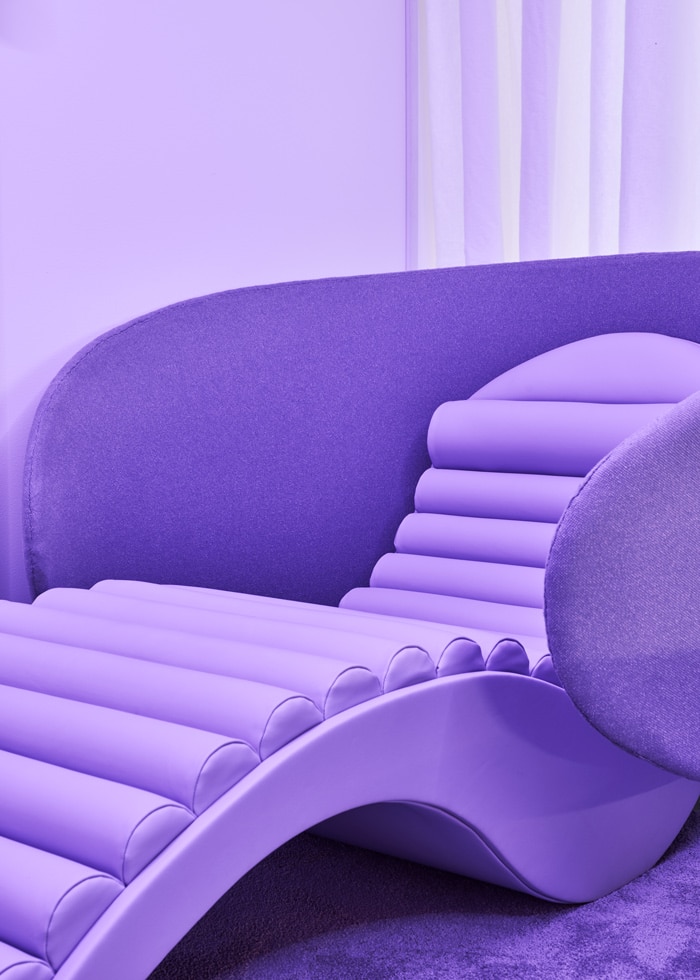 I was bored indoors, so I virtually visited an alternative female-centred childbirth suite

I was bored indoors, so I virtually visited an alternative female-centred childbirth suite

For obvious reasons, virtual tours have recently become the new ‘must-do’. Many museums are letting online visitors roam through their latest exhibitions. Meanwhile, the Faroe Islands is letting virtual tourists remotely control tour guides, moving them through the Danish archipelago’s towns and volcanic islands like a video game character.

But what else is there to see once you’re done virtually visiting the seven wonders of the modern world for the third time? If climbing Mount Everest doesn’t do it for you anymore? Well, you might want to do a virtual tour of an alternative female-centred childbirth suite, as I did.

Let me start by saying that the childbirth process has never been something that fascinates me. It looks painful and there isn’t enough information about it given to girls at an appropriate age. That’s why Stiliyana Minkovska’s project piqued my interest. Minkovska is an architect who practises across the wide fields of art, architectural, interior and product design. For her most recent project called Ultima Thule, which is derived from a Latin phrase meaning ‘a distant unknown region’ or ‘beyond the known world’, she imagined and designed an alternative birthing environment for supporting and empowering mothers and children during childbirth.

The way it works is simple—it consists of three chairs responding to the specific demands of the three phases in childbirth: the Labour Silla for the labour stage, the Parturition Stool for the birth-giving stage and the Solace Chaise for the post-parturition stage. Ultima Thule, as a project, interrogates the design landscape of childbirth within a hospital setting. In other words, it questions and challenges the fact that still, to this day, women who are giving birth in hospitals have to go through an uncomfortable and traumatising process.

Screen Shot spoke to the architect about her project, where the idea came from and whether it is implementable in our society or not. “This work captures my position as a designer and architect, but also as a mother who felt like a medical object during the birth of my daughter Stelena. My daughter was two weeks late. […] Through the project, I recognise that birth is not a universal or monolithic experience, hence the flexible nature of the designs that I am proposing,” Minkovska explained.

The main problem women have while giving birth in hospitals is comfort—most women don’t feel at ease and cannot ignore the bright lights and the clinical, almost hostile designs of a hospital room.

Speaking about her own experience, Minkovska said, “I felt like a medical object, there was something standing between the way my instincts were going and what I was told to do. It felt alien and otherworldly, hence the idea to create a Cosmic birth centre as part of my thesis project. My research reimagines the technological and institutional elements of childbirth, and instead proposes a sanctuary-like environment for mother and child.”

With those three different elements—let’s call them chairs—Minkovska offers women a new approach to childbirth. Through a combination of colour, texture and flexible design decisions, the Labour Silla provides tranquillity and ease during this period of uncertainty and extreme discomfort. The chair also allows the mother to be supported by a partner, doula or a midwife on the upper part of it.

Then comes the Parturition Stool, which is here to offer comfort without the need for anaesthetics. It provides support for the parent and its tandem design also allows partners, friends or family to join the experience and embrace the soon to be mother.

The third and final element of the birth suite is the Solace Chaise—a chaise longue for postpartum use or recovery. Its design creates a secure cocoon for parent and baby to bond in comfort and privacy immediately after the birth. “This inclusive element can be used after vaginal birth, through medical intervention, caesarean, miscarriage or post-elective abortion,” adds Minkovska.

Speaking to Minkovska, I realised that for most women—in part due to the way it has always been portrayed—the birthing process has always been surrounded by fear, pain and sometimes death. And yet, somehow, we still haven’t thought of creating a reassuring and safe environment for those going through that process. It seems strange that so many of us know so little about something that has literally been happening forever.

The outbreak of COVID-19 has made it even scarier for pregnant women to give birth or even go to the hospital. As Minkovska pointed out, “[Key workers’] PPE and work environments require design considerations,” but so do birth rooms. For now, Ultima Thule is not planned to be integrated into any hospital, but doing so could change many women’s birth experience.

Minkovska’s project was among three others, all created in response to the theme ‘cosmic’. The four projects were supposed to be exhibited at the Design Museum in London until mid-May, but you will have to settle for a virtual tour for now.

So, if like me you’ve had enough of scrolling aimlessly through your Instagram feed, take the time to explore Ultima Thule and read up on the birth process. I have, and I do feel slightly less anxious about potentially giving birth someday—just not for a while. 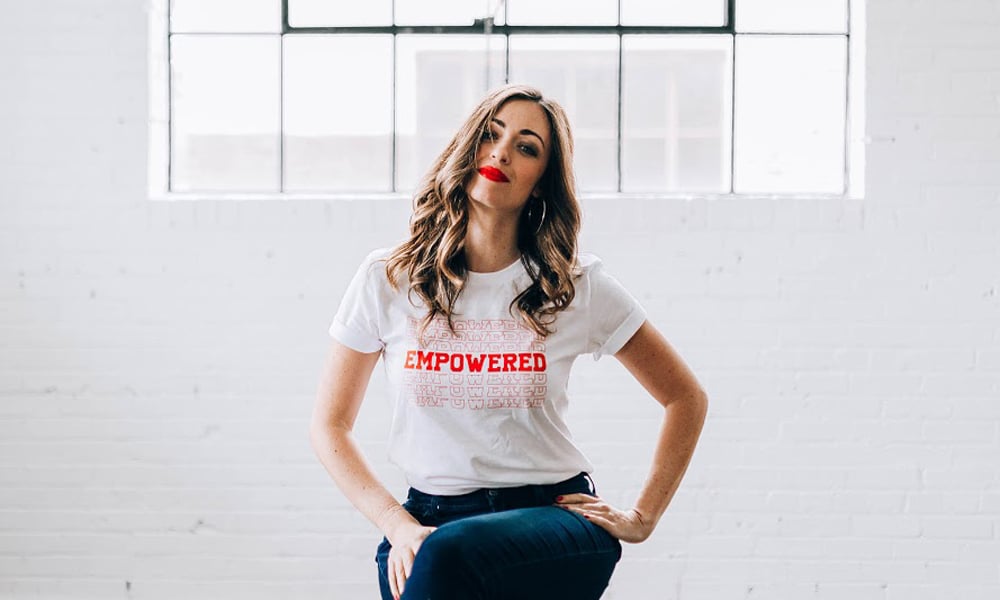 Good to Know: Katie Vigos, the woman educating the world on childbirth one Instagram post at a time

Meet Katie Vigos, nurse and founder of Empowered Birth Project, an online-based project and Instagram movement that promotes education on childbirth and motherhood. Since launching the project, Vigos managed to terminate Facebook and Instagram’s censorship on birth content. We spoke with Vigos about why she started Empowered Birth Project, technology’s impact on birth and motherhood, and how she’s advocating for women’s rights one Instagram post at a time.

1. What pushed you to start Empowered Birth Project, and in which ways did your experiences, as both a nurse and a mother, influence this decision?

I started Empowered Birth Project in 2014 because, during the beginning of my childbearing years, it was still difficult to find accessible online resources for people seeking to know and understand more about birth. I realised very quickly how important community and support is during pregnancy, postpartum, and parenthood, and I realised that social media could allow me to create that. My platform was originally intended to document the birth of my third and last child, who was born very dramatically via emergency cesarean at 43 weeks gestation. I processed my healing and recovery very publicly, and a wonderful, supportive community grew around me during that time. The platform eventually evolved to include stories from people of all walks of life, as well as information and education about birth in general. As a nurse, I use my background as a healthcare professional to inform my writing and critical thinking. Additionally, working on the other end of the life spectrum as a critical care nurse has actually taught me a great deal about birth. They can be understood, honoured, and celebrated in very similar ways.

2. Throughout the years you’ve managed to build an impressive online community. In which ways is this community taking place outside the internet?

Empowered Birth Project is still primarily an online initiative, though I have started hosting and speaking at events. I’m working on a lot of exciting things that will launch within the next year.

3. You’ve been battling with web giants to take down censorship on birth images and videos. What has been the hardest challenge you faced since you started this campaign?

Ironically, the greatest difficulties have come after the policy changes within Facebook and Instagram to allow uncensored birth content. The initial petition actually won pretty quickly, and since then, while we’ve been able to share so many wonderful uncensored images of birth, Facebook and Instagram still manage to find ways to limit the birth community. Accounts and photos still get taken down occasionally due to error, their filters and ‘safety features’ make birth accounts more difficult to find and/or prevent various hashtags from working properly, and so forth. Furthermore, their ad policies are much more restrictive, so businesses posting birth-related images on their landing pages often have difficulties publishing advertising and reaching other social media users. So, we won a major victory, but we are still fighting for visibility in many ways.

4. What are the biggest lies that are still sold to women about giving birth and how can we challenge them?

I think the biggest lies sold to women and birthing people is that they cannot trust their intuition or their bodies. They are told to give their power to an external figure, such as a healthcare provider or the medical institution as a whole. Birth should always be centred around the birthing person and their comfort, safety, and well being. Their voice should always be the most important and respected in the room.

5. What are the upcoming objectives for Empowered birth Project?

I’d like to expand my initiative across more social platforms, as well as continue to use my voice for advocacy and social change. I want to see policy changes happening on a grander scale—such as state and federal governments—to make birth safer and better for everyone.

6. Despite the many fights for women’s reproductive rights, today’s scenario looks threatening. How is the Empowered Birth Project addressing this issue and how dangerous are the pro-life movements for women’s rights?

I will continue to address this issue by speaking out about the importance of reproductive choice and freedom. Restricting access to medical procedures such as abortion actually leads to worse maternal and neonatal outcomes. In my opinion, the pro-life movement is really just anti-choice and anti-abortion. In order to truly protect the lives of birthing people, we need to ensure they have medically accurate information, access to healthcare, and support in their decision-making process. We certainly have a very long way to go in this regard. It’s only been recently that I’ve spoken out about this, because for many years I have been processing and healing from the shame and secrecy of my own abortion experience. I no longer feel any need to remain silent about it and I’m very excited to continue this conversation on my platform.

I actually hadn’t heard of the CRISPR baby! I guess despite the fact I’m a huge birth nerd, some current events still manage to escape me. But as for assisted reproductive technology, I think it’s ‘natural’ for humans to evolve in ways that give us more tools and capabilities to reproduce and advance our species. As long as participants are giving fully informed consent and are aware of the risks, like anything else, I personally think it’s a remarkable way to offer the experience of childbearing to those who previously could not experience it. Like all areas of medicine, it’s an experiment and always evolving through the scientific process. I don’t think it’s morally inferior or problematic; it’s just different. And we need to make sure people participating in ART are supported and respected just as much as people who conceive without the assistance of technology.