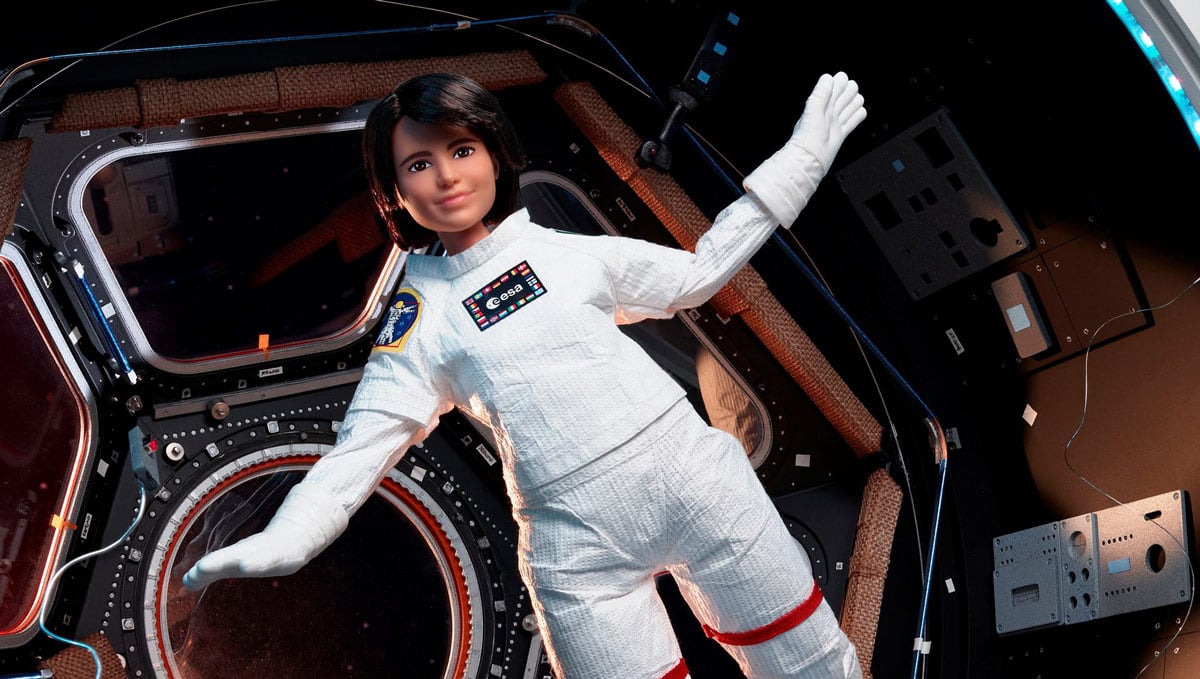 On 11 October 2018, dubbed the International Day of the Girl Child, toy manufacturing giant Mattel debuted two Barbie dolls modelled after European astronaut Samantha Cristoforetti. Partnering with the European Space Agency (ESA) to celebrate Barbie’s 60th anniversary, one of the dolls sported a stylised reproduction of NASA’s Extravehicular Mobility Unit, or spacewalking suit, while the other donned a blue flight suit with ESA patches.

Today, the former of the two has actually jetted off on a zero-gravity flight—with the aim of inspiring young girls to consider a career in space and science, technology, maths and engineering (STEM).

Kicking off World Space Week 2021 with the theme ‘Women in Space’, Cristoforetti’s lookalike doll mirrored the preparation an astronaut needs to do before heading off to space, by travelling and floating on a zero-gravity flight from an ESA base in Germany. “The mini Samantha doll has already been on a parabolic flight, so she already has some experience with weightlessness,” 44 year-old Cristoforetti said in a video statement, as noted by Reuters.

Set to break new grounds as the first European female astronaut to command the International Space Station next year, Cristoforetti—affectionately known in her home country as ‘AstroSamantha’ or ‘AstroSam’—hopes the doll can inspire the next generation. “I think boys and girls, they get passionate about things because they see something intriguing and funny. So maybe those images will kindle a passion in some girls’ hearts and that will be incredible.”

This aim is also backed by a list of educational resources that spotlight different careers in the industry and teach primary school-aged children more about space. Rolling out across toy stores in the UK and Europe this year, proceeds from the sale of these dolls will be donated towards a PhD student bursary at the non-profit organisation Women In Aerospace (WIA).

“With space and STEM careers still underrepresented by women, Barbie is using its platform this World Space Week to show girls exciting and diverse roles and activity in space to inspire them to explore their limitless potential,” said Isabel Ferrer, Barbie’s Marketing Director for Europe and Emerging Markets. In an interview with Sky News, Ferrer noted how the project isn’t just aimed at aspiring astronauts, but also focuses on potential engineers and space scientists like Doctor Nicol Caplin.

According to Caplin, who joined the ESA as a research fellow at the age of 28 and has noticed a lack of gender diversity in space and STEM careers, young girls seeing the doll could be extremely powerful. “I think it’s quite difficult to be what you can’t see and so to imagine yourself as a Barbie doll floating through space,” she said. “Maybe that could have some spark and could really inspire some girls to put on a space suit and to go into space themselves one day.”

However, Caplin also believes encouraging young people is mainly about choice. “It’s not so much about forcing girls into STEM. I think this is all about giving young girls the choice of knowing what they want to do in life and knowing what is open to them. It’s all what the child enjoys and if it happens to be science, I’m all for that and that should be encouraged. Maybe this toy could help that.”

So if you’re one of those Twitter users dubbing this move “a missed opportunity” to send a human female crew on-board, hear me out. Be it a music producer or an astronaut, these dolls have been created to highlight careers where women are often underrepresented. One of the ways to expose young, impressionable girls to such careers is through role-modelling—by showing them examples of women from diverse backgrounds and fields who are breaking boundaries.

And as Cristoforetti herself said back in 2019 with the drop of the collaboration, “I’m very happy that Barbie dolls nowadays reflect not only the body shape of real women, but also the full range of their professional achievements. I hope this will help girls and boys to imagine their future without being constrained by artificial limits that have no place in our time.”