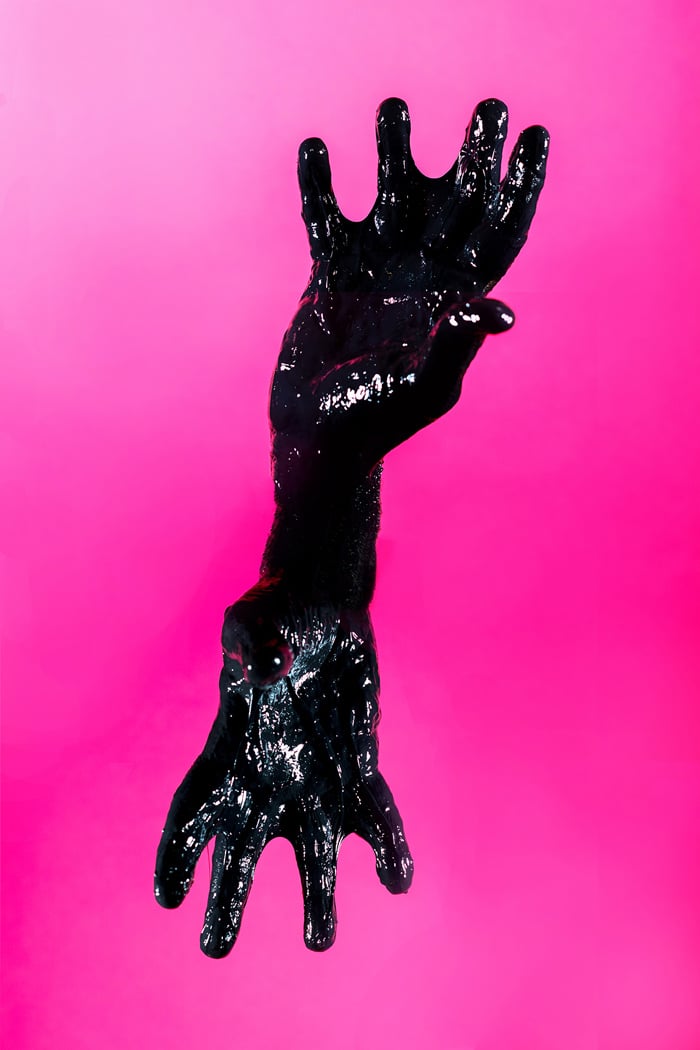 If you took a peek inside the typical household, it wouldn’t be unusual to find a kid playing e-sports while their sister uploads a dance choreography video to TikTok in the next room, and Alexa guides one parent through a recipe in the kitchen as another makes a video call in a home office. Of course, much of western society doesn’t resemble this middle class, advertising favourite of the nuclear family structure. People are just as likely to be living solo, or in shared housing. However, regardless of their living situation, one thing is constant: individuals are increasingly connected to one or more personal electronic devices, whether alone in different rooms or while sitting side by side. Cultural shifts like this contribute to unprecedented spikes in data generation and consumption.

The internet is often associated with leisure time, but if we dig a little deeper, it is invisibly entangled with everyday life on a personal, public and industrial level. Electronic data capture, transfer and storage are woven into systems used by hospitals, transport, manufacturing and even energy and water supply. The Internet of Things and machine learning have the potential to make massive efficiencies to improve public and private life. Unfortunately, the continuation of trends like these, whicb involve constant connectivity and energy-intensive information and communications technology (ICT) systems, have a hefty environmental cost. Huge data centres filled with servers housing millions of gigabytes of information need to be industrially cooled, which uses vast amounts of energy. Devices themselves are powered by electricity. Networks use the most energy of all.

Internet connectivity has become like oxygen. We unconsciously bumble about our lives, constantly generating and consuming data, until we enter a 4G mobile blackspot or suffer a power outage or low battery. Unless you’re high or have insomnia, it is rare for people to question how it works. Power cuts and subsequent internet loss during disasters like the California wildfires and Hurricane Maria in Puerto Rico highlight both the dependency of the internet on electricity and our dependence on the internet. Worldwide, ICT is currently estimated to account for over 2 per cent of total energy consumption.

However, sustainable ICT specialist Andres Andrae has predicted growth of up to 21 per cent by 2030 if trends like AI and machine learning, the Internet of Things and virtual and augmented reality continue as projected. According to Andrae’s best-case scenario, ICT will take up 8 per cent of total electricity demand. Unsurprisingly, our endless appetite for digital sensing, scrolling and sharing have environmental consequences.

That said, it isn’t all bad news. At the moment, efficiency drives the likes of Facebook, Alphabet and Apple to create minimal frills, hyper-scale data centres, which has slowed the rising carbon cost of ICT, despite the growing demand for data. Yet, unfortunately, carbon isn’t the only environmental concern: a study from Imperial College London estimated that US data centres used 100 billion litres of water in 2014 to cool their servers.

Although it isn’t possible to verify predictions such as Andrae’s, the potential efficiencies promised by innovations in AI, quantum computing or other futuristic technologies aren’t necessarily enough. In 2016, Google’s Deep Mind was put to work on further improving energy efficiency in their “already highly optimised data centres.” The unspoken problem here is that efficiencies can’t continue indefinitely, but demand can continue to rise steeply.

Besides, machine learning and AI have their own sustainability issues. Recent research published by Cornell University highlighted the alarming carbon footprint of deep learning networks trained on an abundance of data. At an astronomical 626,000 pounds of CO2, the MIT Technology Review equated a large network using over five times the lifetime emissions of the average American car. Fortunately, in November, Cornell University launched a carbon calculator to help AI and machine learning researchers quantify the carbon emissions related to training a neural network. They highlighted that the carbon cost of training a network depends on the energy grid the server used for training, the energy grid that powers it, the length of the training procedure and the model of hardware.

A straightforward solution to prevent the negative impact of ICT on the environment would be to use only renewable energy to power it.  Earlier this month, Yale reported that the global financial cost of switching to 100 per cent renewable energy worldwide was $73 trillion. Another option is to be more mindful about the ways we collect, transfer and store data.

In her last talk as CEO of the responsible technology think tank Dot Everyone, Rachel Coldicutt remarked, “The amount of data collected is going up and up and up, but very little of it is understood. Just as we’re burning the planet, we’re at risk of drowning ourselves in data—making new problems faster than we have time to solve them.”

Access to ‘unlimited’ data doesn’t mean we have to gorge on an endless wireless buffet. Consciously making decisions about why, when and how we connect to the internet can bring more balance to our lives and take some of the strain off the Earth’s natural resources, too. Until there is 100 per cent worldwide renewable-energy-powered internet, maybe it is worth pausing to think before binge watching Netflix for 8 hours straight or training a neural network to identify a celeb’s plastic surgery. 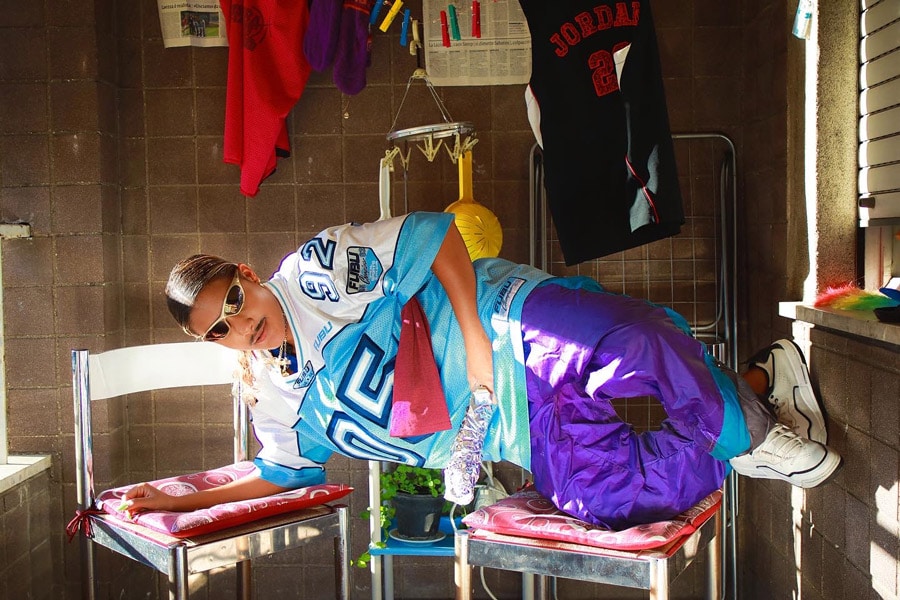 Looking back at 2019, the year we grew numb about how absurd our world has become

If 2018 ended on a panicky note, 2019 terminates in a mildly more subdued manner. Not because the world is any less crazy (on the contrary, it gets nuttier by the second), but because in the frenzy of global insanity we’ve grown rather numb and undeniably dismayed.

When we glance at our phones and scroll through the news, when we step out into an unseasonably hot February morning, when our closest friend tries to sell us crappy protein supplements on their insta—we can’t help but look at life somewhat cynically. It’s as if things had lost meaning and consequence; as if accountability and reason were cast aside as relics of an obsolete past, like Fergie and iPods and cable television. President Trump couldn’t have expressed it more accurately when, right as Congress was voting to impeach him, he shouted in a stadium full of supporters, “It doesn’t really feel like we are being impeached.”

But what lies beneath these festering sarcasm and indifference? A sense of bewilderment. Of helplessness. Of crippling isolation. And how could we not feel those things? The world around us is shifting in such extreme ways, no wonder we feel paralysed.

This chaos is evident in politics, too, with our institutions and governing systems rapidly disintegrating. In the US, divisions along political lines have grown so deep, and the onslaught on the rule of law and pillars of democracy by corporate and self-interest have become so overwhelming, that promoting any agenda effectively has become an impossible task. In Europe, the stability of the EU and the UK is under threat by a looming Brexit (among other causes), which reflects a global trend of rising nationalism and separatism. Meanwhile, wealth gaps widen, poverty continues to plague communities across the world and global migration becomes more prevalent due to violence, changes in climate and depletion of resources.

And what about our daily lives? It seems that a great many of us collapse into bed after a day replete with swiping and posting and shopping and listening to a million new tracks and meeting hot strangers on Tinder dates feeling… well, unfulfilled. Globalisation and the digitisation of a growing number of sectors seem to be opening up a trove of new career paths for millennials and Gen Zers, and yet over-saturation of the market, rising costs of living and the concentration of wealth at the hands of major corporations render many of us unemployed and bereft of reliable prospects for financial security. The advent of social media exposed us to a new realm of social interactions, trend-building and methods of self-expression, and yet it seems that we are more lonely and insecure than ever, and that our worlds grow smaller and smaller with every year that passes.

It appears that we are simply overwhelmed by the sheer magnitude of changes and events concocting around us. As Jia Tolentino put it, it feels as though we are swept along a current toward “an inexorable future”; one that we have no control over or the power to shape. And while push-back is happening—as people endeavour, for instance, to raise awareness of mental health issues exacerbated by online culture and more movements emerge in order to tackle the ecological crisis—such efforts often prove to be divisive and fractured, and attempt to rectify grievances while feeding into the very systems that created them in the first place.

What keeps us trapped in this vicious cycle of paralysis is our tendency to view major issues, such as climate change and gun violence and mental illness and unscrupulous corporate behaviour, as isolated, external problems. We fail to recognise our role in perpetuating such trends through the illusion that our being ends at the edge of our skin and that the way we lead ourselves through the world bears no ramifications on the trajectory of our collective story. In other words, our detachment from ourselves leads us, in turn, to detach from our surroundings; from earth itself. It inspires in us the notion that we can consume without consequence; that we can nose-dive into the race-to-the-bottom of extracting resources and fighting for scraps of attention and be okay as long as we win our own portion of wealth and comfort (and to hell with the others). After all, nationalism is but an external manifestation of our own state of being. We can clamour against the injustices of capitalism until our throats crack, but will never transcend or perfect this model if we see ourselves as separate beings whose thriving comes at the expense of others.

Once we delve inside and revisit what is at the core of our dissatisfaction and anxiety, and once we begin to perceive ourselves as connected beings who impact one another, we may notice that the future is, perhaps, not so inexorable after all. It is completely within our ability to choose how we wish to conduct ourselves in the face of these changes, and explore what patterns in our daily lives we can either break or adopt in order to live more authentically and in a more conscious manner—be it the way we consume media, the effort we make to converse with those who disagree with us, or the way we engage with our immediate environment.

As we herald a new decade, we’re faced with the opportunity to wake from our slumber and choose to be proactive in shaping our lives. Starting with minor choices and careful introspection, we may generate a shift in attitude and consciousness that will gradually reverberate. And while it seems as though we sink deeper into our isolated echo chambers and are splintered off in myriad directions, our paths have, in fact, never been more intimately intertwined.