Trump versus Biden: what exactly are they promising US citizens? – Screen Shot
Deep Dives Level Up Newsletters Saved Articles Challenges

Trump versus Biden: what exactly are they promising US citizens?

President Donald Trump and former Vice President Joe Biden are in their final moments before the US electoral race comes to a halt. More than 90 million people have cast their ballots in early voting, which put the country on course for its highest voting turnout in the last century. The tension is almost unbearable with everything else that is going on in the world today, and this particular election gives off the notion that it will affect more nations than the one it is taking place in, putting even those that cannot vote on edge.

To help you keep perspective on the matter, we listed the five main opposing promises that the two candidates have stated, so that whatever happens, at least you’ll have a substantial (even if illusory) way of direction. Here are the promises:

If Trump wins the election

If Trump gets elected to run in a second term agenda, he first and foremost seems to be promising a healthier economy with a focus on jobs and taxes. Trump has also taken credit for the booming economy that the US was enjoying before the COVID-19 pandemic, and has vowed to rebuild it as well as to create 10 million new jobs in 10 months and one million new small businesses. Tax cuts are a big part of this promise, which he had already started to introduce in his first term. These tax cuts and credits would supposedly entice companies to keep jobs in the US rather than overseas.

After drinking bleach as a remedy against COVID-19 was thankfully put aside, finding an effective vaccine for COVID-19 within the coming months has proven worthy of Trump’s attention, enough for the Trump administration to launch ‘Operation Warp Speed’, which goal is to encourage the development and distribution of a successful vaccine. Trump has promised to deliver this success by the end of 2020.

Law and order (we wish we were talking about the sitcom)

After months of protests against police brutality and racism, Trump has promised to defend America’s police forces instead of its citizens. His campaign promises to protect police funding as well as hire more officers, increase the level of punishments for attacks made on police and take action against political protest movements.

More than this, the law and order incentive also includes tougher action to be taken against illegal immigration, which will include stronger requirements for legal immigrants in turn. On the other hand, Biden promises to reverse the separation of parents from their children and rescind limits on the number of applicants for asylum as well as end the bans on travel from several majority-Muslim countries.

Like Biden, Trump is trying to lure US citizens into giving their vote by promising them a better tax plan, which would be to retain the 37 per cent income tax rate on higher earners, and lower the 22 per cent rate for middle earners down to 15 per cent. However, this has not all been formalised by his campaign yet.

If Biden wins the election

Having spent almost five decades in politics, Biden is using his experience to portray himself as a steady and able hand to calm a country in chaos. He is appealing to reluctant voters who are nostalgic about the Obama era. Obama has recently joined forces with Biden on his campaign train in Michigan. For Biden, health care has been made clear as one of his top priorities due to his family history. His plan is to expand the Affordable Care Act (Obamacare) and insure that around 97 per cent of Americans have access to public health insurance.

Biden has some ambitious, yet necessary plans to combat climate change, which include overhauling the country’s energy industry to achieve 100 per cent emission free power by 2035. A pledge of a $2 trillion dollar investment will go towards the clean-energy infrastructure if Biden wins the election, along with a promise to build 1.5 million energy efficient homes and social housing units. In his second presidential debate with Trump, he has promised to transition from the oil industry and wants to decrease fracking, which is a method of extracting natural gas from the ground.

Biden wants to restore America’s reputation and relationships with the rest of the world and allies, particularly with the NATO alliance, which is an intergovernmental military alliance between 30 North American and European countries. He also looks to repair ties with the World Health Organisation (WHO) and wants to rejoin the Paris Climate Agreement. He further said he will  hold China accountable for unfair trade practices, but has suggested that it would be best to tackle this as an international effort rather than through trade wars.

Biden promises to raise taxes on the wealthiest US citizens, which he defines as those with an income of more than $400,000 per year. He wants to impose a marginal tax rate increase so that the more an employee earns over that certain threshold, the more tax they must pay. Most of those who will be affected by this promise are those in the top 1 to 2 per cent earners in the US.

Biden also wants capital gains and dividends to be taxed at income rates. A notable endorsement has been towards his promise in forgiving student loan debt, expansion of tuition free colleges and universal preschool access, which would be paid using money gained from withdrawing from the Trump-era tax cuts. 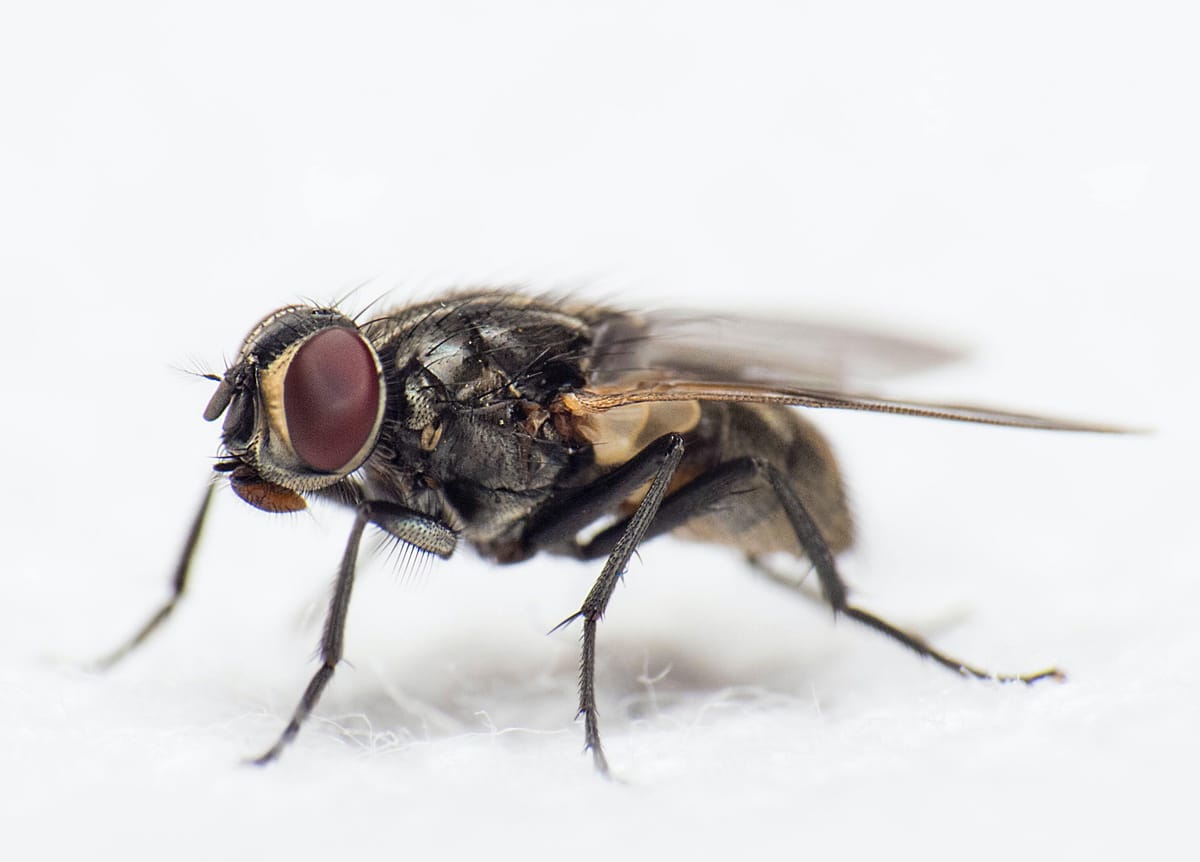 A fly-by over the US vice-presidential election debate

What happened during the US vice-presidential debate?

The face-off between Pence and Harris that took place on Wednesday 7 in Salt Lake City, Utah, was far more civil than the somewhat chaotic presidential event prior. But even so, some sharp exchanges were still featured over COVID-19, the China policy, health care and the creation of new jobs.

To summarise the debate on COVID-19

With President Trump currently ill with COVID-19, the vice-presidential role seems to have received more attention than usual. Voters told the BBC that they were pleased with the civility between the two candidates during the 90 minute long debate.

Talking of the virus, the pair were separated by glass barriers as a precaution against the spreading of COVID-19, and unsurprisingly, the global pandemic was the opening topic of the debate. Harris’ most pungent line was when she cited the coronavirus death statistics. With 210,000 Americans dead, she charged the Trump administration with “ineptitude” and “incompetence.”

Pence seemed to expect this, and his response was ready. He stated that the Biden-Harris plan was largely a copy of what the administration was already doing, and he boasted the speedy progress of a vaccine while linking Harris’s criticism of the administration as an attack on first-responders and US healthcare workers.

Surprisingly, both candidates didn’t spend much time on the fact that the White House has now become the latest coronavirus hotspot.

The memories of the presidential debate from the week prior lingered for all watchers, and both vice candidates seemed to have this in mind, as Pence’s typically calm and methodical style served as a counterpoint to Trump’s aggressive stance. That being said, he did attempt interruptions but Harris turned up ready. “Mr Vice-President, I’m speaking,” she said. “If you don’t mind letting me finish, then we can have a conversation.”

To summarise the debate on climate change

Both parties seemed pretty uncomfortable on this topic to say the least. Presidential candidate Biden has recently expanded his plan to address climate change, and Harris was an original sponsor of the Green New Deal climate proposal which has set ambitious, yet necessary, targets in order to reduce carbon emissions.

Pence advertised America’s clean air and clean water while refusing to address the fact that climate change is one of the driving factors behind events like wildfires and hurricanes. He also refused to say that climate change is an existential threat and repeated Donald Trump’s claim that forest management was “front and center” of the historic wildfires in the American west.

The vice president claimed that Biden would ban fracking (a technique that fractures the underground rock as a means of increasing the flow of trapped gases), which Harris denied with the statement “I will repeat, and the American people know, that Joe Biden will not ban fracking. That is a fact.”

Pence gave an array of misleading answers on the problem of hurricanes, saying that the federal National Oceanic and Atmospheric Administration found that there are no more hurricanes today than in the past. However, analysis this month has shown that hurricanes have become much stronger and more damaging around the world since the late 70s. Pence was criticised for his climate responses not only by climate scientists and activists but by former allies.

As tensions rose to what feels like a constant boiling point around the world, a tired fly uninterested in social distancing and seeking a rest, parked itself onto Pence’s perfectly white and coiffed hair for a full two minutes and three seconds. With no comment, it happily buzzed off leaving us to judge on whether it was a sign on what to do next from nature.

Biden tweeted a photo of himself gripping a fly swatter—talk about taking advantage of an evidently smelly situation.

Shortly after people noticed the fly, memes flooded the internet. While Pence is likely to notice some of them, then again, there is no such thing as bad publicity, right?