In what appears to be a disappointing and never-ending cycle, female world leaders are still having to shut down misogynistic and sexist questions during public appearances. The Prime Minister of New Zealand, Jacinda Ardern, and the Prime Minister of Finland, Sana Marin, recently joined forces for a press conference—as political leaders often do. What happened next is a situation we see occur far too often when it comes to women.

During questioning from a number of news outlets, a journalist casually stated: “A lot of people will be wondering, are you two meeting just because you’re similar in age and got a lot of common stuff there?” Almost instinctively, Ardern interrupted him mid sentence and pondered: “I wonder whether or not anyone ever asked Barack Obama and John Key if they met because they were of similar age.”

According to the BBC, the male journalist was from New Zealand radio network Newstalk ZB. Ardern continued, stating: “We, of course, have a higher proportion of men in politics, it’s reality. Because two women meet, it is not simply because of their gender. Our meeting today is a chance… [to] really leverage the economic opportunities between our two countries. It’s our job to further it, regardless of our gender.”

The clip—which captures the moment in question—has since gone viral online, with a number of netizens emphasising the blatant sexism that still exists within international politics. Rather than posing a question about the political relationship between New Zealand and Finland—which would have been more poignant considering this was the first time a Finnish world leader had visited the country—this journalist decided to concentrate on diminishing the political stature of Ardern and Marin by insinuating that their reasons for meeting may share a similar hair care routine.

This is also, of course, not the first time either of these politicians have had to counter sexist remarks while carrying out their public duties. In August 2022, Marin faced a slew of criticism after videos surfaced of her dancing with her friends. The world leader was ultimately pressured into taking a drug test in order to prove the innocence of the event.

The New Zealand Prime Minister has also proved time and again that she will not stand for any gender-based criticism some may try to throw her way. In 2018, Ardern remained as calm as ever during an Australian 60 Minutes interview, wherein she endured an incredibly inappropriate line of questioning. At one point, reporter Charles Wooley told Ardern he was “smitten” with her and then proceeded to ask her when her baby was conceived. Poised as always, the Prime Minister simply rolled her eyes and continued with the conversation.

While these political leaders are more than capable of defending themselves and acting composed in public, the fact of the matter is that they shouldn’t have to condone such behaviour in the first place. 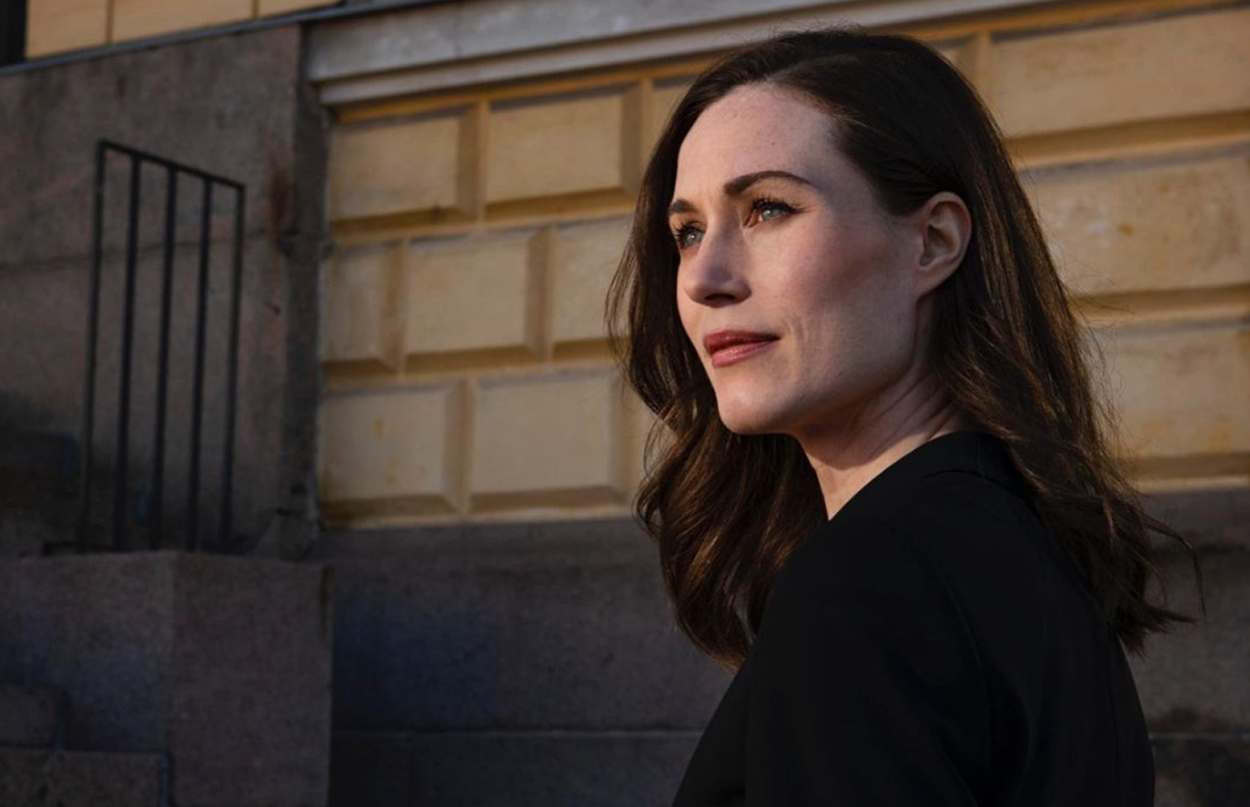 One of the world’s youngest leaders has recently had to defend herself against an alleged drug scandal. Finland’s Prime Minister, Sanna Marin, was forced to take a drug test after private footage of her partying with friends was posted onto the internet on 17 August and quickly stirred up a political storm.

Marin, now deemed ‘Europe’s partying PM’, has been in power since 2019—becoming both the youngest leader in Finnish history and the youngest serving Prime Minister globally aged only 34. Having started her political career by joining the Social Democratic Youth, Marin quickly rose through the ranks and her appointment represented a strengthening of female leadership at the helm of Nordic politics.

At the time of her victory, The New York Times spoke to Anne Holli, a political science professor at the University of Helsinki, who emphasised that it was Marin’s age rather than her gender that had been the most notable takeaway. Finland’s political sphere has historically been incredibly gender neutral—in 1983, women held 30 per cent of the parliamentary seats. However, it was particularly surprising and unprecedented that not only was Finland’s newest leader under 35, but so were four of her female ministers too.

Perhaps Marin’s age is a contributing factor as to why she has received such harsh criticism surrounding the recent allegations. To provide some context, a video was recently leaked online—accidentally, it was alleged—that captured Marin and her friends alongside some Finnish media personalities, dancing and singing in a flat.

According to Sky News, the party took place some weeks ago in a private residence and the videos were only meant to be shared within the friend group. In one particular clip, the word “Iltalehti” is heard being yelled—this term is commonly used in Finland as slang for cocaine. From the moment the video appeared online, Marin profusely denied all drug allegations and insisted she was only drinking alcohol.

As one can expect, Marin’s political opponents immediately went on the attack and criticised the Finnish Prime Minister for acting ‘wildly’ and prioritising leisure activities over domestic concerns. In a news conference covered by the BBC, the politician defended herself against the baseless claims, stating: “I did nothing illegal. Even in my teenage years I have not used any kind of drugs.” She went on to add that she had taken a drug test as an extra measure to allay any concerns.

Marin officially tested negative for any drug use on 22 August, closing the door for any further unfounded accusations. Bloomberg reported that there were no signs of cocaine, opiates or amphetamines found in the politician’s system. The recent scandal has definitely opened up new discussions in regards to whether the Finnish Prime Minister’s age played a key role in the witch-hunt.

Often, young leaders in the spotlight, especially female politicians, receive disproportionate criticism and scrutiny. In 2018, Alexandria Ocasio Cortez (AOC) became the youngest woman to be sworn into Congress at the age of 29. She was quickly subjected to a barrage of criticism from Republicans and Democrats alike, accusing her of being too immature and inexperienced to be placed in office.

In an interview with Vanity Fair, AOC stated that, on one occasion, she was referred to as “this girl… or whatever she is.” She also went on to stress how “there was a time where the volume of threats had gotten so high that I didn’t even know if I was going to live to my next term.” However, despite all of this, she knows—just like Finnish Prime Minister Marin—that her position represents a crucial symbol of empowerment and political success for young women.

In a report conducted by Dazed in 2020, four young British female politicians, one as young as 24, expressed serious concerns surrounding the intensity of abuse they’d received from the public since their appointments. This harassment had also intensified, having moved from online intimidation to real-world violence—manifesting into threatening voicemails and in-person confrontations.

Despite being at the receiving end of obscene discrimination, all four politicians remained resolute. “We’re not going away, and we’ll raise our voices louder than they do. We’ve got a year’s take of MPs more diverse than ever before—outspoken, proud, and here to represent. I think we’re going to change things.”