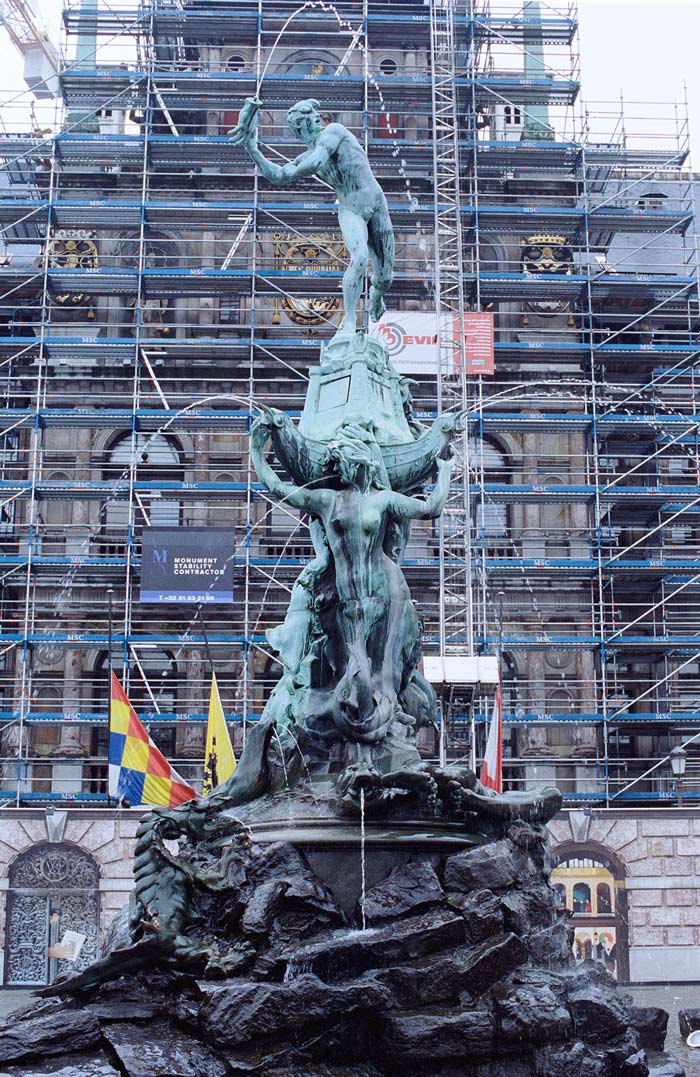 Why tearing down statues is tackling Britain’s racist history

Why tearing down statues is tackling Britain’s racist history

Britain has always had an uneasy relationship with its colonial past, and by virtue of that, with the concepts of racism and state violence. In the debate about whether taking down statues of known slave owners harms our understanding of history, Boris Johnson strongly signalled which side of the culture war he backs by defiantly stating “We can’t photoshop our history.” This speaks to a fundamental misunderstanding of the role that statues play in society, but also to the way the British state has historically ‘photoshopped’ its own brutal colonial legacy.

Statues have not generally been erected to educate the populace about the people they commemorate; rather, they serve as a tribute to them. As historian David Olusoga put it, statues often deal with “adoration” as opposed to education. Statues in the UK of British figures from the colonial period make little reference to the treatment or fate of native populations around the world. They are also often erected long after the era in which events took place, and so the ‘historic value’ of these statues is not even reflective of the figure’s own time period; if anything, they tell us more about the society which chose to put them up.

Monuments that do not reference the brutality of empire or the individuals’ role in colonialism are not reflecting real history, and their erection is more of an effort to erase history and enforce a myth of British benevolence. Tearing down statues is not in fact an ahistorical act, but an attempt to correct the record.

This brings us to the state censoring its own history. The aptly named Operation Legacy was a British governmental programme which spanned the period of decolonisation from the 1950s to the 1970s. As more and more countries in Africa, Asia and the Caribbean pushed for independence, the Colonial Office (now known as the Foreign Office) found it necessary to obscure and hide what the British had actually done while they wielded power in these countries. The authorities in London instructed British officials in the colonies to destroy any documents which “might embarrass Her Majesty’s government”, such as documents that displayed racist behaviour or details of the violence often inflicted on different colonies.

It is estimated that over 8,000 documents were burned or dumped in the ocean to prevent residents of Kenya, Uganda, Malaysia, Singapore, Belize and other countries from seeing the conduct of their colonial rulers. This destruction of official documents had strict instructions to be carried out covertly, to avoid repeating the scandal that British officials endured when they were caught burning documents during India’s independence in 1947.

Declassified files have since revealed the scale of Operation Legacy, which covered up British-led torture of locals, as well as the scale of massacres and detention camps run by British authorities during the Mau Mau uprising in Kenya.

The British state has already ‘photoshopped’ its legacy for decades, and was quite clear in what it was doing at the time. Naming the whole process Operation Legacy reveals the state’s interests in preserving a paternalistic, wholly positive understanding of the British Empire achieved by quite literally destroying its racist and problematic aspects. This erasure of history has been reinforced by a lack of education about the British Empire in schools.

The instructions given to local officers during Operation Legacy are also revelatory, as they explicitly forbade African involvement; only “British subject[s] of European descent” could participate. Therein lies the facade of the entire narrative of the Empire, the lie that it was beneficial to the people it controlled, that it was empowering to locals and a collaborative decision. Legacy has ironically shown us where the real betrayal of history occurred in our past and, indeed, into our present.

When Johnson talks of the dangers of retroactively altering British history, he only means it in ways that damage the created image of Britain as a noble do-gooder in an uncivilised world. He does not concern himself with actions that the British state has historically pursued which fundamentally reveal the reality of the British Empire: subjugation of local populations, exploitation of natural resources, rule by terror and intimidation, and brutal suppression of any challenge to total British control of these regions.

When Britain finally confronts its ugly legacy, the statues of slave owners and unabashed racists—which do not commemorate history but rather stand as political statements that deliberately counter reality—will fall. In its place will not be a photoshop, but something more tangible: an acknowledgement of the world we live in and how we can change it, starting with the truth. 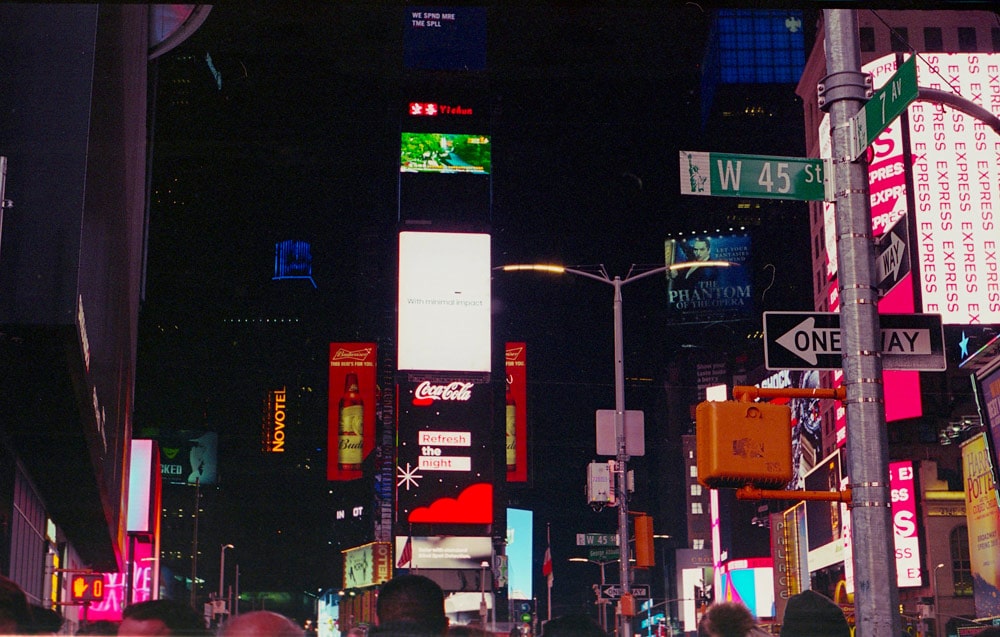 The murder of George Floyd by a white police officer in Minnesota and the ensuing wave of protests serve as a painful reminder of how deadly and prevalent racial injustice remains, not only in the US, but across the world. They highlight in a most gut-wrenching way the scope and implications of white supremacy and the degree to which our social, political, and economic systems are saturated with it.

As the streets fill up with clamours for justice and change and social media feeds display black squares for Blackout Tuesday, many white and white-passing individuals struggle to figure out ways in which to support the movement. But in order to truly uproot the plague of white supremacy—white and white-passing individuals must completely transform our approach and understanding of racial injustice and acknowledge our responsibility to not only condemn but actively fight against institutional discrimination and racism. Here’s where we can start.

While there’s a tendency to associate white supremacy with overt acts of aggression and violence against racial minorities and membership in hate groups such as the KKK, racism is exhibited in far more nuanced and covert ways.

In an essay for the New York Times, Ibram X. Kendi, a professor, award-winning author and director of the Antiracist Research & Policy Center, shares that, “We learn early the racist notion that white people have more because they are more; that people of colour have less because they are less. I had internalised this worldview by my high school graduation, seeing myself and my race as less than other people and blaming other blacks for racial inequities.”

Such deeply-embedded conceptions about race affect white people, too, and are manifested in myriad ways, such as discrimination in employment, silence in the face of aggression against minorities, white parents self-segregating schools, victim-blaming—just to list a few.

It is important to recognise these forms of covert racism and engage in honest and ongoing self-reflection to see in what ways each of us is affected by these centuries-old racial biases.

Educate yourself about the history and scope of racism

Most history lessons taught in high school and higher education institutions give the false impression that the end of slavery and the Jim Crow laws marked the termination of systemic, state-sanctioned racism in the US. This is far from being the case. It is important that white people educate themselves about the ways in which white supremacy has permeated and shaped our systems of government and social institutions.

This includes, among others, biases in criminal justice legislation and enforcement (manifested in mass incarceration and criminalisation of minor offences), gerrymandering and other voter-suppression tactics, discrimination in education funding and provision of healthcare services and proper infrastructure in predominantly black and Hispanic communities.

It is also important to understand that violence—physical, verbal, institutional—against people of colour takes place on a daily basis in the form of racial profiling, arrests, humiliation, deportation, etc. The outburst of rage we witness following a murder case like that of George Floyd is a collective expression of pent-up, corrosive and generational hardship and pain.

As opposed to turning to people of colour for answers, white and white-passing people should immerse themselves in the extensive volumes of black literature in which African Americans describe and analyse their experiences in their own words, through their own lenses.

Such literature dates back to the days of slavery (with books such as the 1845 Narrative of the Life of Frederick Douglass, an American Slave written by former slave Frederick Douglass), and extends throughout the decades, with novels such as Toni Morrison’s The Bluest Eye and more contemporary research about manifestations of systemic racism—such as Michelle Alexander’s book The New Jim Corow: Mass Incarceration in the Age of Colorblindness.

This post, for instance, includes lists of books, podcasts, movies and shows that deal with racial injustice and centre black voices:

Amplifying the voices of black people, as opposed to continuing to centre white voices in the battle against racism, is another crucial step toward racial justice and equality, seeing as one of the major hurdles to the eradication of white supremacy is the perpetual highjacking of the narrative around racism and oppression of black people by white individuals.

In the age of social media, uplifting black voices can involve sharing information created by black people or centring around black narratives on Twitter, Facebook and Instagram, as well as clearing the virtual stage for black individuals (i.e—cutting back on art and lifestyle posts during times of heightened tensions).

Furthermore, as white and white-passing individuals, we should be mindful of what types of black voices we highlight; is it exclusively those of educated, powerful black leaders? Is it only posts of cis folks we share? If so, do they truly speak to the overall experience of black people in America?

Engaging with your local community is key in dismantling white supremacy since this is where a significant portion of systemic racism is manifested. Among the actions you may take is contacting your local police department and inquiring about their body-camera policies and de-escalation training. You should also contact your local government representatives and demand they take concrete action for racial justice. You may also research local groups and organisations operating in your area to uplift, support and protect black people.

Taking action online is another form of engagement that can help erode systemic racial biases and aggression. Consider donating to or supporting the fundraising efforts of organisations that fight for racial equality, tackle police brutality, and work to promote the safety and prosperity of black communities. Such groups include the Minnesota Freedom Fund, the Brooklyn Community Bail Fund, Black Visions Collective and Reclaim The Block. You may also sign online petitions such as Justice for George Floyd on Change.org and #JusticeforFloyd on act.colorofchange.org.

Commit yourself to a long-term battle

Acknowledging white privilege and calling out injustice aren’t worth much unless they are backed by consistent action to obliterate systemic racism. The state of our national psyche and systems of organisations call not only for white allyship but white leadership in the movement to terminate racial injustice.

White and white-passing people must take on the complex and highly-nuanced role of utilising our status and access to resources in order to shatter the walls surrounding our fortress of privilege while taking our cues from and uplifting black individuals and groups. This cannot be achieved by occasional outbursts of compassion following a tragedy that gains national attention, but only through long-term, persistent engagement, ongoing research and rigorous self-reflection.