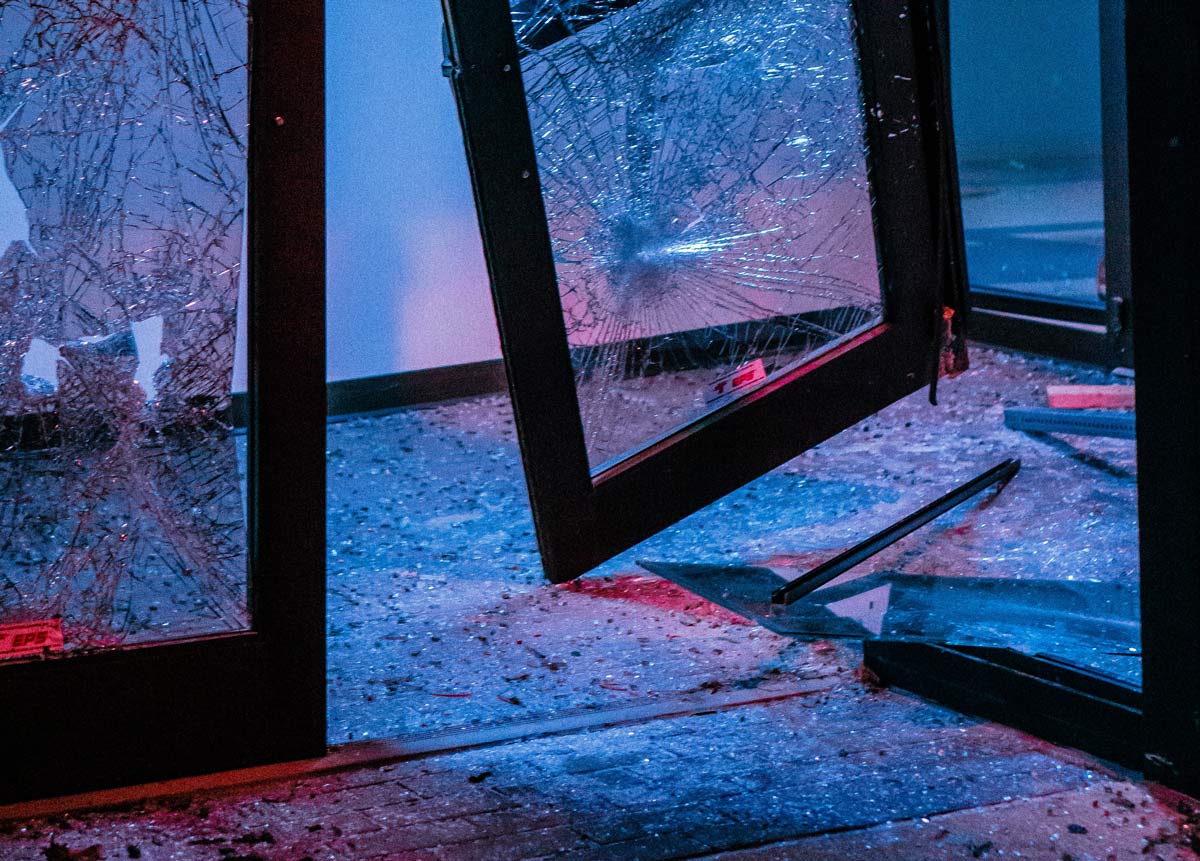 As more members get arrested for Capitol riot, will the Proud Boys group crumble?

Five people that prosecutors say are linked to the Proud Boys extremist group were arrested on Thursday, and now face charges for their alleged role in the riot at the US Capitol last month. William Chrestman, Christopher Kuehne, Louis Enrique Colon, Felicia Konold and Cory Konold face numerous charges—conspiracy, civil disorder, obstruction of an official proceeding, knowingly entering or remaining in any restricted building or grounds without lawful authority, and disorderly conduct on Capitol Grounds.

CNN has described it as the “largest move against the far-right group’s coordinated role in the insurrection last month.” In a criminal complaint, an FBI agent described how the group “moved closely to each other” inside the Capitol on 6 January and wore tactical-style gear, including helmets and gloves. One even had a wooden club or axe handle that was initially disguised as a flag.

The group has also been accused of leading crowds of rioters as they pushed through multiple police lines and made their way through the Capitol. US authorities arrested the men and women in an early morning sweep on Thursday 11 February. Chrestman, Colon and Kuehne were taken into custody near Kansas City, Missouri, and brother and sister Cory and Felicia Konold were arrested in Arizona, according to the Justice Department.

In a video that authorities believe was posted to Felicia Konold’s Snapchat account, a female speaker celebrates that she had just been “recruited into a fucking chapter from Kansas City” and shows off a challenge coin with apparent Proud Boys markings.

The FBI agent also noted that Kuehne carried rolls of the orange tape that was “strategically worn by each of the subjects as well as others in the crowd.” Orange tape could have been used by rioters as a way to identify persons for a particular purpose.

All but Chrestman have been charged in a joint conspiracy filing—the greatest charge of organised activity by number to come out of the massive federal investigation—underscoring authorities’ focus on the Proud Boys, several of whom have already been charged in recent weeks.

Chrestman’s charges were filed separately but the affidavit says he was connected to the group as well. He is also charged with threatening to assault a federal law enforcement officer.

The Justice Department also announced on Thursday that two other men associated with the Boogaloo Bois, an extremist group that seeks to start a civil war in the US, had been arrested in Kentucky. According to NPR, John Subleski, 32, allegedly incited a riot in downtown Louisville at the same time as the riot at the Capitol. Adam Turner, 35, allegedly threatened police in Twitter and Facebook posts after he was arrested during a traffic stop of a protest caravan he was in.

In light of this, the conspiracy charges are likely to grow. In a footnote in the affidavit, the FBI agent said they believe more people may be involved in the conspiracy and that an investigation is ongoing. Meanwhile on the dating app Bumble, women are ‘luring in’ unsuspecting rioters before turning them over to the FBI.

The Proud Boys, known for their aggressive men’s-rights philosophy, have become a central target for prosecutors in Washington as they piece together the extent of coordinated activity at the Capitol. Some high-profile members of the group have already been arrested over the past month and investigators have built out charges related to their fundraising efforts ahead of the insurrection.

On Wednesday, the same group featured prominently in the Democratic impeachment managers’ case to convict former President Donald Trump. Throughout their presentation in the Senate, the managers cited the role of the far-right group in the violence and tried to connect them to Trump, who had refused to condemn them during the 2020 campaign.

It’s safe to say that the Proud Boys are having a ‘rough time’. The self-described “Western chauvinist” drinking club has long been a refuge for white supremacists, anti-semites and assorted extremists seeking a veneer of legitimacy. But now, things are falling apart for them.

Proud Boys chairman Henry Tarrio (who apparently goes by Enrique) was arrested days before the Capitol riot and charged with two federal weapons charges. Three weeks later, Tarrio was outed as a longtime FBI informant, a role he has now admitted to. The news about the Proud Boys leader came as other members of the group were arrested for their involvement in the US Capitol riots. Then, on 3 February, Canada designated the Proud Boys as a domestic terrorist group.

That raises questions about the future of the group, and also has experts concerned about more radical factions of the Proud Boys or the emergence of a newly-branded gang. Experts who monitor the Proud Boys agreed the group is undergoing the sort of transition that happens to most hate groups at some point. The question now is where members of the Proud Boys will go. 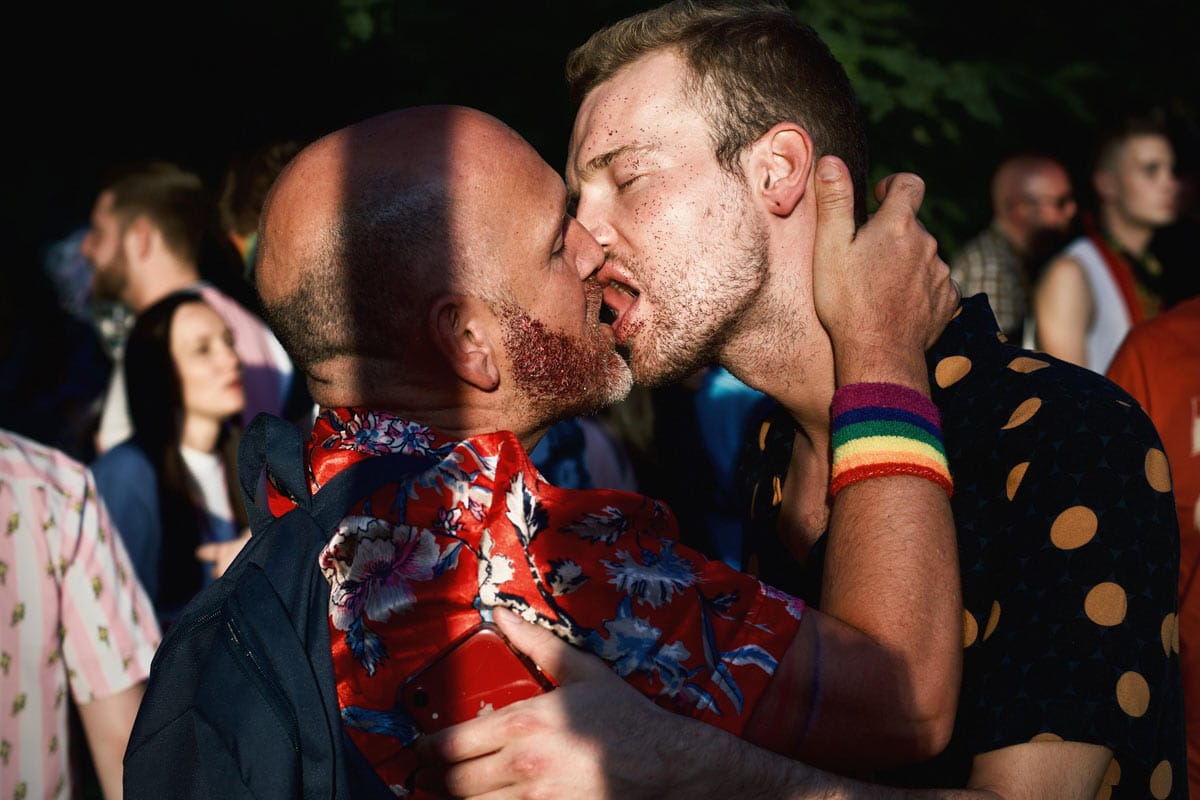 How the LGBTQ+ community is reclaiming the Proud Boys hashtag

The first US presidential debate between Joe Biden and Donald Trump took place on 29 September, and Trump was given the opportunity to publicly condemn right-wing violence and white supremacists. However, in the president’s usual defensive attitude, he instead attacked left-wing activists and told an alt-right, anti-immigrant group called the Proud Boys to “stand back and stand by.”

Using the power of social media to divert the attention from the controversial group, the LGBTQ+ community has reclaimed #ProudBoys on Twitter by posting and tagging photos of LGBTQ+ love as a way to overshadow the movement’s extensive history of violence against left-wing and anti-fascist protesters. What is Proud Boys now, and what was it before last week?

Who are the Proud Boys?

Founded in 2016 by Canadian-British right-wing activist and VICE co-founder Gavin McInnes, the Proud Boys became a far-right, anti-immigrant, all-male group with an extensive history of street violence against its left-wing opponents. McInnes was eventually pushed out of VICE in 2008 and began distancing himself from the group in 2017, saying he’s not a part of the alt-right because his focus isn’t race, but “western values.”

The group’s name was created in reference to a song from the musical version of the Disney film Aladdin called ‘Proud of Your Boy’. Stereotypically, members of the group often wear black and yellow Fred Perry polo shirts with red Make America Great Again hats. These far-right Proud Boys define themselves as a “western chauvinist who refuses to apologise for creating the modern world.”

Their movement follows Trumpian ideas such as “glorify the entrepreneur,” “close the border,” “give everyone a gun,” “end welfare,” and “venerate the housewife.” Basically, an extreme chauvinism that stands against any form of equality.

Who are the Proud Boys now?

Technically, the Proud Boys name is still held by the right-wing activist group, however, thanks to online communities that support the fact that love is love and the grander scheme that the concept stands for, a whole new kind of #ProudBoys are reclaiming the name’s meaning by replacing what used to be dedicated to ideas engaged in misogyny, homophobia, racism and violence, with messages of love and positivity.

The campaign is believed to have taken flight thanks to a push from actor George Takei who tweeted the idea on 1 October by saying: “What if gay guys took pictures of themselves making out with each other or doing very gay things, then tagged themselves with #ProudBoys. I bet it would mess them up real bad. #ReclaimingMyShine.”

Takei even tweeted his own love story, and the LGBTQ+ community has since come together from all over the world to share and celebrate other love stories. Takei continued on Twitter saying “We’re proud of all of the gay folks who have stepped up to reclaim our pride in this campaign.”

Matt Dechaine, one of the men who supported #ProudBoys by posting photos of himself and his husband told CNN that his goal was simply to spread joy. “It feels like the movement for positive change for all is gathering momentum all the time and I’m glad to be a small part of it. By coming together rooted in respect and love for each other, the world can be so much better!”

#ProudBoys, we support you. Trump, stand back.