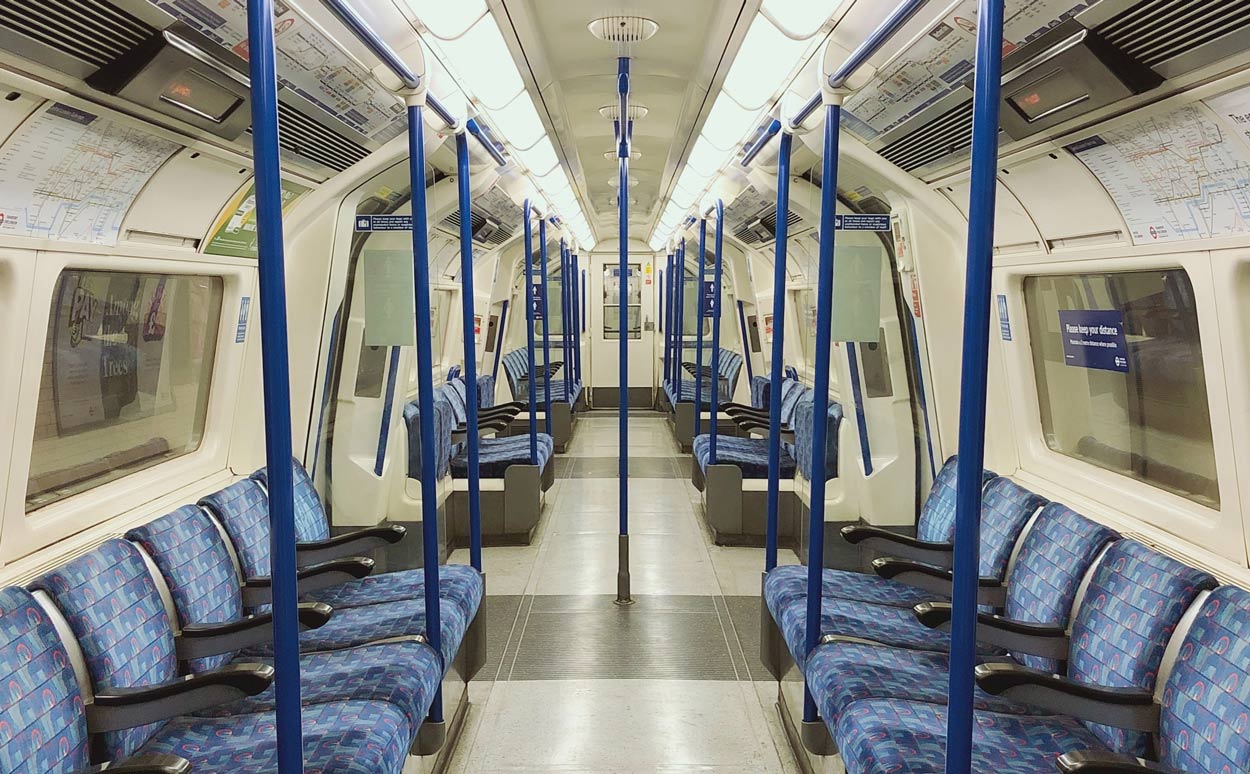 At the very beginning of September 2022, government officials in Spain offered residents free travel for train journeys under 300 kilometres (186 miles)—as part of an initiative paid for by a government subsidy worth €221 million (£297 million)—in a bid to combat inflation and the cost of living crisis in the wake of Russia’s invasion of Ukraine.

Similarly, from June up until September, Germany offered all-you-can-ride monthly rail tickets for just €9. This initiative was also paid for by a €2.5 billion (£2.2 billion) government subsidy and was, as you can imagine, widely popular with riders.

In July, I took a weekend trip to Berlin where I spent a third of my time station-tapping in and out of Alexanderplatz. It wasn’t until I landed at London Stansted Airport that I remembered just how costly public transport in England is. Daylight robbery, honestly.

Data published in the National Travel Survey: 2021 revealed that the average person in England makes 15 trips per week. For Londoners, more specifically, among the millions of people who have begun regularly using public transport once again following the COVID-19 pandemic’s lull, the average trip now costs between £7.70 to £14 daily—depending on the zones—following the TFL ticket fare increase in March.

But wait a second. If Germany, which has a higher population, and Spain are able to provide residents with humanitarian aid during these ‘uncertain times’, then why can’t the UK follow suit and give those in the capital the same support?

Dr Rachel Aldred, academic and transport expert at the University of Westminster, spoke to SCREENSHOT about the ins and outs of the situation. “While the Spanish scheme particularly benefits commuters living in large urban areas—because they are nationally-led—it’s very difficult for cities that have to act alone on this, especially in the current financial context. However, given that the TFL recently secured its sixth and final government bailout of £3.6 billion, I question why a similar scheme couldn’t be included as part of the negotiations,” she first highlighted.

“Much of the urban UK lacks the suburban tram and metro based systems that some similar size European cities and towns have, which means that, in the short term, it is more important than in other contexts,” Dr Aldred added.

In agreement, transport commentator and train expert Christian Wolmar believes that the reason why we haven’t yet introduced a similar scheme comes down to a lack of political will—but even if there were one, the complexities of the country’s railways would make it difficult due to privatisation.

“Giving some of this lost money back, as well as incentivising the use of more sustainable travel models by reducing public transport costs can ensure that spending in other areas holds up better—therefore helping support other areas of the economy,” echoed Dr Aldred.

For context, almost three decades ago, the Conservative party—under John Major’s hand—privatised Britain’s railways and buses. Some argue that this led to private operators being held unaccountable to democratic processes Britain vows to upkeep and that it continues to severely impact people’s lives, rights and funds. When we say ‘people’s lives’, it’s not hard to guess why the working class is the one most affected.

In April, Scotland’s railway reverted back to public ownership after being nationalised, and just this month, First Minister Nicola Sturgeon announced that rail fares on ScotRail would be frozen until at least March 2023, as she plans to deal with the “humanitarian emergency” caused by soaring energy bills. So, if Germany, Spain and Scotland can all do it, why is England refusing to follow suit?

According to Wolmar, the UK railways are heading into a perfect storm, so now is the time to nationalise them. In his expert opinion, it all comes down to a judgement call, one that could easily be taken. In fact, London has seen it done before.

Unfortunately, the scheme was disliked by the Conservative party, especially Bromley Council leader Dennis Barkway, resulting in the GLC being taken to court. In the first instance, the local government administrative body won, however, the court of appeal ultimately overturned the landmark decision and in November 1981, the policy was deemed illegal and put a stop to—flattening the prospect of more reasonably-priced fares.

Some say that Livingstone was the primary reason for Margaret Thatcher’s subsequent abolition of the GLC. Nevertheless, it’s not hard to guess why the scheme had proven to be so popular among Londoners.

In short, the idea that Britain could offer residents a similar short-term scheme is not a ludicrous request, but rather one that the government sees as non-optional due to the alleged lack of economic benefits it represents.

Both throughout history and in the present, privatisation has often been the collective solution championed by the Tories. In this case, however, it might be worth considering re-evaluating its original objectives—the primary of those being, advocating modernisation while keeping people’s pockets in mind. 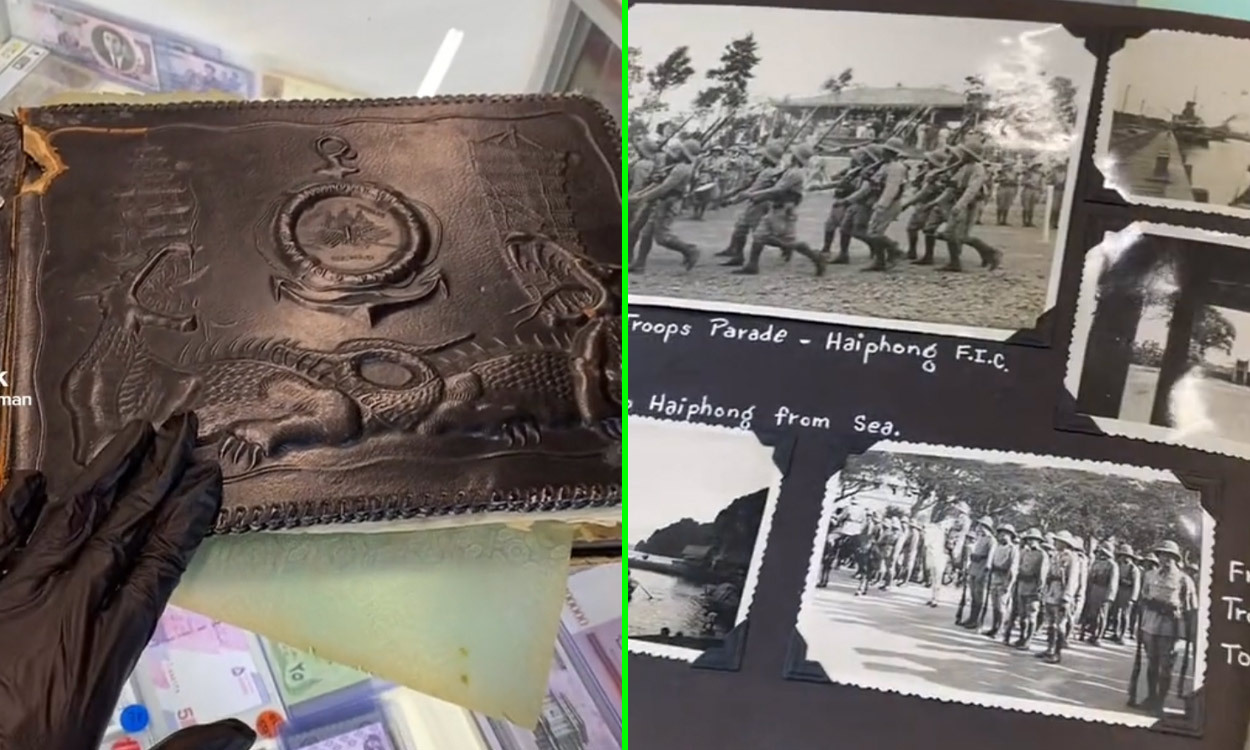 Evan Kail, the owner of St. Louis Park Gold & Silver, a Minnesota precious-metal dealership, receives packages everyday. Most of them contain assorted coins, jewellery and other miscellaneous items—products to be expected in a pawn shop. On 29 August 2022, however, Kail received a once-lost historic artefact that has uncovered war crimes once believed to be non-existent.

According to The New Yorker, the 33-year-old man was searching through a box of items when he came across an album of wartime photographs. The album was leather-bound and featured two distinctive dragons on the front. The pictures inside appear to have been assembled by an American Navy sailor who had wanted to capture his tour of the western Pacific in the 1930s.

Kail decided to document his findings on his TikTok account @pawn.man, and viewers very quickly became horrified at the contents of the photo album. The video, which has now amassed over 30 million views, depicts the pawnshop owner flicking through the album and revealing the disturbing nature of the images inside.

The man explained how, at the beginning of the album, the US sailor has documented some incredibly vivid moments of life in the 1930s in South East Asia. However, the images quickly become something far more sinister. As the book starts to shift and display more war-related content, Kail turned the camera to his face and stated, “I can’t show you past this page.”

Locating the site of this destruction is also made possible by road signs displayed in many of the photographs. “Nanking road” can be spotted in the background, allowing us to accurately identify the site of these extreme atrocities of war.

For those of you who may be unaware, Nanking—now known as Nanjing—was the setting of a wide-scale massacre in 1937. Although often dismissed or downplayed by public officials, the ‘Rape of Nanking’ is a dark spot in history that should not be belittled or forgotten. The Chinese city was infiltrated by Japanese troops in December 1937 and, over a span of six weeks, bands of soldiers slaughtered, raped, pillaged and tormented its inhabitants.

It has been estimated that at least 20,000 women were raped with many of these victims brutally mutilated after their ‘purpose’ had been fulfilled. Bodies were discarded in bulk alongside rivers and the soldiers’ methods of execution grew deadlier each day, from hacking victims to death to covering them in petrol and burning them alive.

The Japanese government has consistently denied that the massacre ever took place. In 2000, The Guardian reported public outrage in response to a controversial conference held in Osaka, Japan titled The Verification of the Rape of Nanking: The Biggest Lie of the 20th Century.

Since his discovery of the photo album, Kail has posted an update to his TikTok account explaining how he intends to locate a museum in China so as to ensure the book’s preservation and hopefully provide some concrete proof of this traumatic moment in history.

It should be noted that, since Kail came forward with his findings, a number of prominent historians have questioned the validity of the images. The photographs, after having been posted on Twitter, were quickly queried by historian Jo Hedwig Teeuwisse, as reported by NBC News.

Teeuwisse, who has also acted as a historic consultant on a number of TV shows and movies, cautioned that while the album genuinely did appear to be from the 1930s, the included photos were potentially printed and widely distributed, which the soldier was likely to have bought and added to the album—thereby challenging the authenticity of the images and their place in the Nanking timeline.

Despite these possibilities, educating individuals about this historic event and recognising the atrocities that were committed is without a doubt a step in the right direction.