On 22 September 2022, death row inmate Alan Eugene Miller was supposed to be executed for the killing of three men in a workplace shooting rampage in 1999 near Birmingham, Alabama.

Although Miller had signed a document in 2018 opting for nitrogen hypoxia as his form of execution rather than lethal injection due to a serious fear of needles, it was later reported that the state would be unable to use the new method by the prisoner’s scheduled date.

Miller was unable to pursue his chosen form of execution and had to succumb to death by lethal injection. However, things didn’t really go according to plan. Following his “botched” execution, Miller has since filed a federal lawsuit that claims he was “tortured” for 90 minutes as Holman Prison staff prodded and poked him while trying to find a vein to administer the three-drug combination.

The killer’s lawyers went as far as to call him the “only living execution survivor in the United States.” As reported by WBRC, even though prison officials eventually had to call Miller’s execution off at 11:30 pm as they were unable to find access to his veins, it certainly wasn’t for lack of trying.

In the lawsuit, Miller’s attorneys stated that professionals have always had issues with finding their client’s veins, which is why he elected death by nitrogen hypoxia in the first place—a method the state of Alabama had originally approved for use.

According to Miller, staff repeatedly tried to find access to his veins, first in his arms and then in his hands. They eventually tried his right foot, with the inmate himself saying that, as they inserted the needle, it felt like “he had been electrocuted, and his entire body shook in the restraints.” It’s believed they hit a nerve.

Then, prison staff tried Miller’s arms once more, “slapping the skin on his neck,” making the man “physically recoil out of intense fear of the men trying to insert a needle in his neck.” As a result, Miller’s attorneys are asking the judge to ban the state from executing him by any method other than nitrogen hypoxia after a request was made for another execution date.

Nitrogen hypoxia is a method in which an inmate would be forced to breathe only nitrogen, thereby depriving them of the oxygen needed to maintain bodily functions, resulting in death.

On Tuesday 4 October, the Attorney General’s office filed the motion before the Alabama Supreme Court to set a new execution date for Miller, although a time frame was not provided. In the meantime, US District Judge R. Austin Huffaker Jr. ordered the Alabama Department of Corrections to locate and preserve all evidence related to the attempted execution, including notes, emails, texts, and even used medical supplies such as syringes, swabs, scalpels, and IV lines. He also granted a request from one of Miller’s attorneys to visit him and photograph what they said were “injuries from the attempted execution.” 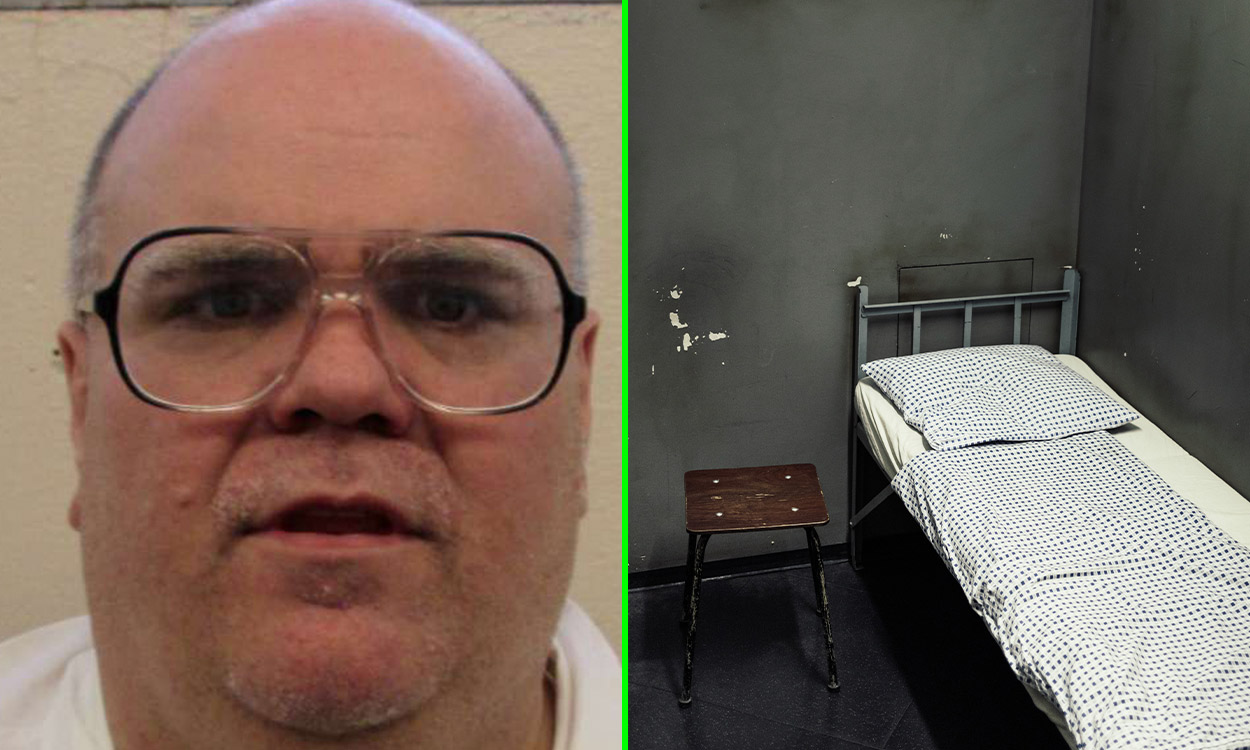 Alabama had been preparing to become the first state in the United States to execute a prisoner using nitrogen hypoxia. Alan Eugene Miller was scheduled to be put to death on 22 September 2022 using this method. However, this may no longer be the case.

According to Sky News, Miller, who was convicted of killing three men in a workplace shooting rampage in 1999 near Birmingham, Alabama, signed a document in 2018 opting for nitrogen hypoxia as his form of execution rather than lethal injection, due to a serious fear of needles.

Execution by nitrogen hypoxia would involve the offender breathing in a gas mixture of pure nitrogen and, unlike lethal injection, would be reportedly painless. Michael Copeland, a proponent of this method, told The Atlantic, “In industrial accidents, it often happens because the victim does not know they are in a hypoxic environment, that suffocating feeling of anxiety and discomfort is not associated with hypoxic deaths.”

Copeland went on to state: “The condemned person might not even know when the switch to pure nitrogen occurs, instead he would simply lose consciousness about fifteen seconds after the switch was made. Approximately thirty seconds later, he would stop producing brain waves, and the heart would stop beating about two to three minutes after that.”

In 2018, Alabama became the third state, following Mississippi and Oklahoma, to legalise the new execution method. And while some were accepting of this new move, others were more critical—deeming it an insensitive “human experiment.”

It has now come to light that Miller may not be able to pursue his chosen form of execution. In a turn of events, the Montgomery Advertiser reported that on 15 September 2022, the commissioner of the Alabama Department of Corrections attested in an affidavit entered in federal court that the state would be unable to execute Miller by nitrogen hypoxia by his scheduled date.

In a statement that followed, the commissioner emphasised that further staff training was needed before the protocol for the new method of execution could be put into practice. Meanwhile, Miller’s attorneys have strongly argued that the state is depriving their client of equal protection under the law, forcing him to carry out his death penalty through a method he outwardly rejected.

Death by lethal injection has also garnered widespread attention recently after prisoner Joe Nathan James Jr was forced to painfully endure a three hour long execution, which state officials insisted was “nothing out of the ordinary.”

Robert Dunham, executive director of the Death Penalty Information Center, warns that inmates such as Miller may be making “an uninformed choice.”

“The odds of being tortured to death by lethal injection are pretty substantial,” the expert told CNN. “The odds of a botch with nitrogen hypoxia are uncertain. I think it’s a choice to avoid a sure bad thing, as opposed to an affirmative embrace of nitrogen hypoxia.”