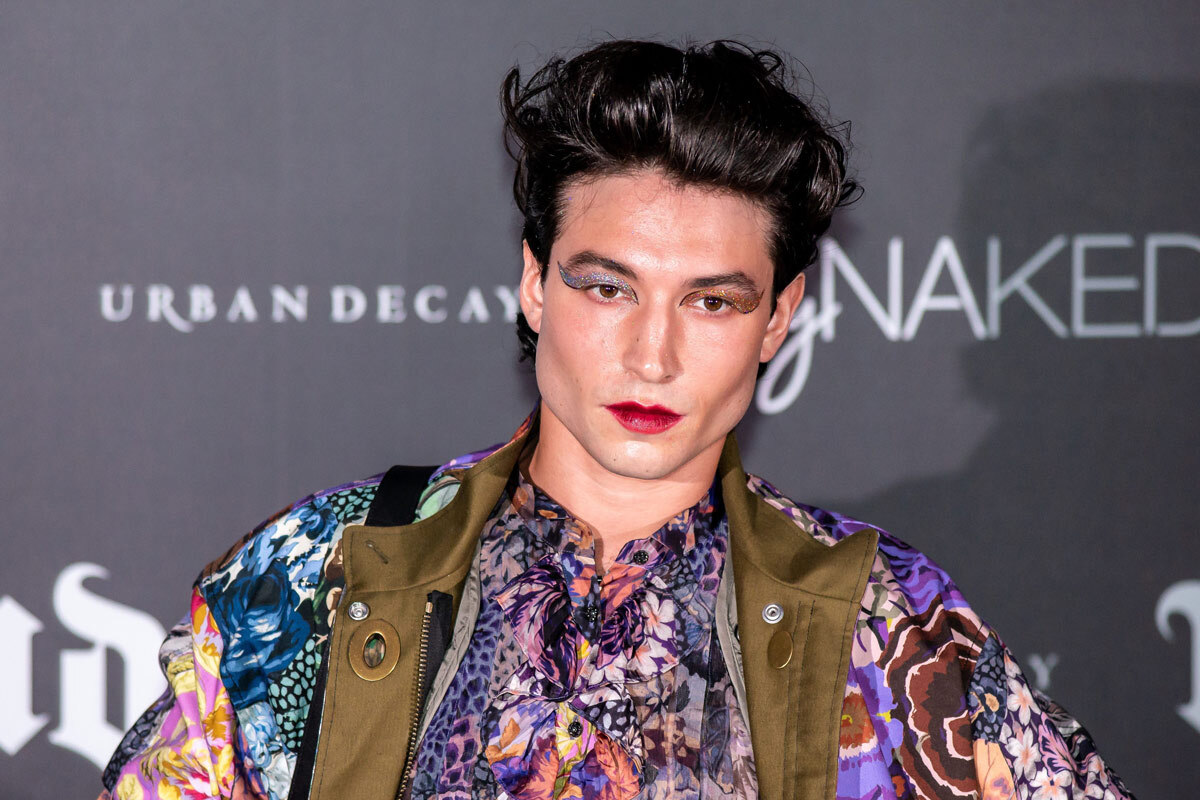 Ezra Miller, star of Justice League and Fantastic Beasts and Where to Find Them, has been accused of using violence to ‘hold sway’ over 18-year-old activist Tokata Iron Eyes, according to her parents.

In a series of legal documents that were obtained by TMZ, Iron Eye’s guardians allege, “Ezra uses violence, intimidation, threat of violence, fear, paranoia, delusions, and drugs to hold sway over a young adolescent Tokata.” They have now asked a court to issue a protective order against the actor.

Iron Eyes was just 12 years old when Miller—who was 23 at the time—first met them on a visit to Standing Rock Reservation, North Dakota. In 2017, the activist’s parents claim that the actor flew their underage child out to London to visit the set of Fantastic Beasts. They were 14 and  25 at the time. Miller also allegedly supplied Iron Eyes’ with drink and drugs during the course of their friendship.

In January 2022, Iron Eyes’ parents travelled to Vermont to collect them from Miller’s home and found that the 18-year-old had bruises, no car, drivers licence, keys or bank card. Not long after returning home, the environmental advocate ran away to join The Flash star in New York City and since then the two have been travelling between Vermont, Los Angeles and Hawaii. Iron Eye’s parents also claim that Miller’s influence has caused them to come out as non-binary transgender when they previously identified as queer, gay and non-binary.

On Monday 6 June 2022, an Instagram account supposedly belonging to Iron Eyes posted an update addressing the situation, writing, “I’d like to make a statement to acknowledge the tragedy that is the narrative of the general public and the assumptions made on my behalf by my family and friends regarding my stability and otherwise.”

“I dropped out of bard five months ago, my friend and comrade William passed shortly thereafter, my mind was incredibly impacted and I needed space and time for the processing of grief,” they explained.

Iron Eyes continued by defending Miller, saying, “My comrade Ezra Miller for the entirety of the aforementioned era has only provided loving support and invaluable protection throughout this period of loss.”

This isn’t the first time Miller has been in the press for untoward behaviour. The actor has been arrested multiple times in Hawaii, once for assaulting a woman with a chair so violently that it left a half-inch gash on her head and again for disorderly conduct and harassment at a karaoke bar. 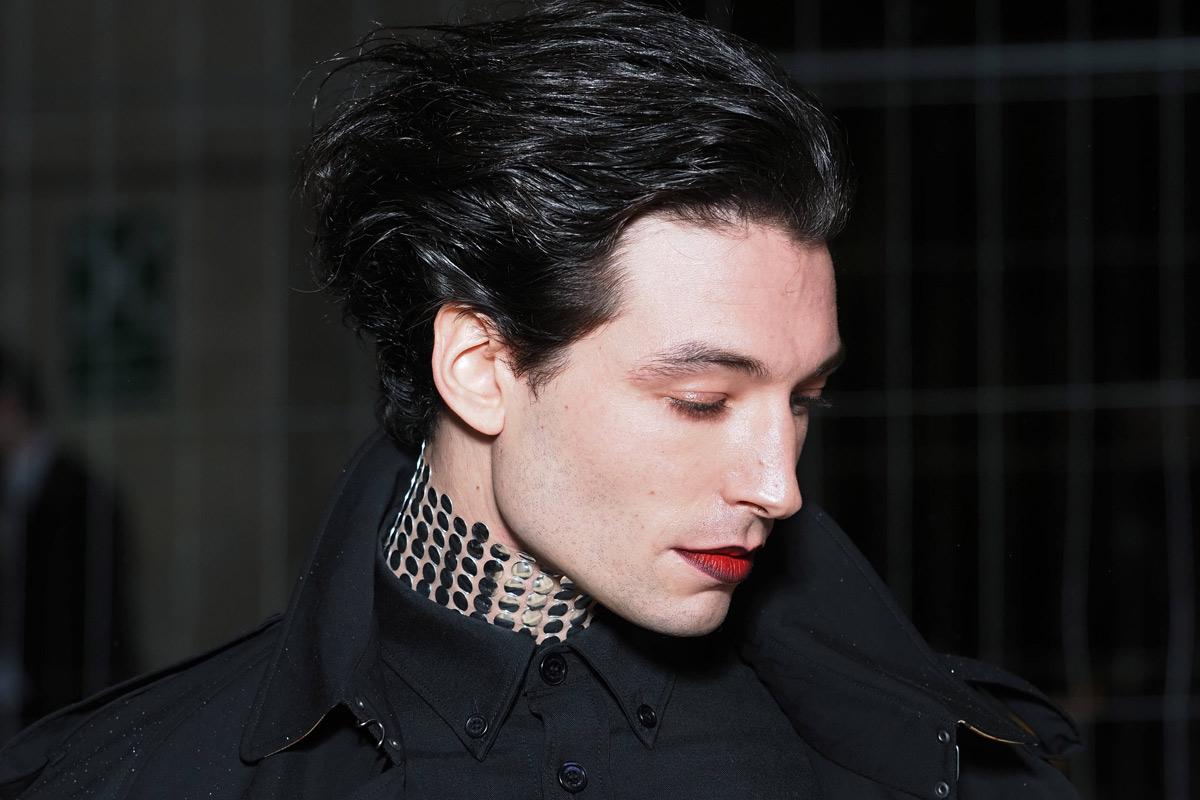 A breakdown of Ezra Miller’s downfall: Why the media should put the actor’s mental health first

The past few months have been saturated with the questionable antics of the famous everywhere. From the Jared Leto allegations we’ve all heard by now to the ongoing Johnny Depp and Amber Heard case, we have been awash with celebrity controversy. Another story that has undoubtedly made the pile are the concerning reports of The Flash actor Ezra Miller, who has recently made news once again for a second worrying arrest in Hawaii.

The recent conduct by the actor has, of course, led the internet down a rabbit hole to figure out just what went wrong. Research by Vox into Miller’s past life is integral to understanding the star’s behaviour. Citing the actor’s childhood, mental health repercussions from their method acting tactics and being thrust into the spotlight at a young age, the publication points out that while their aggressive actions are inexcusable, it is vital contextual information that may explain Miller’s sudden downfall.

The entertainer, who identifies as non-binary, rose to fame following major roles in The Perks of Being a Wallflower at just 18, and We Need to Talk About Kevin at 19—but was catapulted into serious stardom after joining huge franchises like The Flash as well as a lead role in Fantastic Beasts. With the third instalment of the Harry Potter spinoff series released on 15 April 2022, GQ suggests the franchise is in serious jeopardy thanks to the numerous controversies surrounding participants Miller, Depp and, of course, JK Rowling.

Though it wasn’t the first time Miller was caught in a scandal, it was in March 2022 that news broke of the actor’s arrest in Hawaii. Among this, a timeline of the performer’s aggressive or concerning conduct has resurfaced. Before we dive into this history, it must be noted that it is in no way making light of Miller’s mental health issues or substance use.

It was in early 2020 that Miller first made headlines for physically threatening demeanour. In a video that was shared in a since-deleted tweet, they can be seen choking a woman outside a bar in Iceland. The internet was divided at the time, with many assuming it was merely a joke. However, a source from the establishment in question (Prikið Kaffihús) told Variety “that this was a serious altercation at the bar, and that the man, whom they identify as Miller, was escorted off the premises.”

The video shows Miller approaching a young woman saying, “Oh, you wanna fight? That’s what you wanna do?” as he backed her up against a wall. The woman, who appears to be laughing and jokingly preparing herself for the ‘fight’, is choked by Miller who then proceeds to throw her to the floor. The individual filming the event responds, “Woah, bro. Bro,” and immediately ends the footage.

Variety confirmed at the time of reporting that the alleged incident took place around 6 pm on 1 April 2020 at Prikið Kaffihús, which Miller was known to frequent when in town. The publication also reported that there had been no previous issues involving the actor at the location, with a Variety source citing this specific situation occurred when the individual (later identified as Miller) was accosted by a group of “pushy fans.” The episode escalated beyond measure with The Flash star getting aggressive with one woman in particular.

As of the latest news surrounding the performer, it was on 29 March 2022 that news broke of Miller’s arrest by the Hawaii Police Department, which had occurred the previous day, on charges of “disorderly conduct and harassment.” In a post published on the police department’s Facebook page, details of the case were revealed.

Responding to a call regarding a disorderly customer outside of a bar in Hilo, investigators later determined the individual in question was Miller—who had become increasingly agitated by karaoke singers at the establishment. According to the Associated Press, the karaoke goers were belting out Bradley Cooper and Lady Gaga’s ‘Shallow’ before they were accosted by Miller.

“Miller began yelling obscenities and at one point grabbed the microphone from a 23-year-old woman singing karaoke (disorderly conduct offence) and later lunged at a 32-year-old man playing darts (harassment offence). The bar owner asked Miller to calm down several times to no avail,” the post read. Charged on both offences, bail was set at $500—the Fantastics Beasts favourite provided the bail and was subsequently released.

Just hours after his release, police were called to a hostel property where residents claimed the 29-year-old actor had burst into their bedroom and threatened them. The couple in question filed a restraining order against Miller the following day, alleging they also stole their belongings. The order, which was temporarily granted, suggested the Justice League star “burst into the bedroom of the petitioner(s) and threatened” the male partner, “saying ‘I will bury you and your shit wife’,” reported The Independent.

The couple has since dropped the petition against the actor on these claims.

Just a week later the petition was dropped, once again in Hawaii, Miller was arrested for assault. Hawaii Police Assistant Chief Kenneth Quiocho told the Associated Press that while the actor has been visiting the state, they have been the source of at least ten police complaints since 7 March 2022, with no indication of how long Miller has been staying on the island. “They were ‘manini’ incidents—a Hawaii Pidgin term that can mean minor or small—such as filming people at a gas station, refusing to leave the sidewalk area of a restaurant and arguing with people,” the publication continued.

However, Miller’s latest interaction with the Hawaiian police force appears to be anything but manini. On Tuesday 19 April, around 1 am, officers responded to a call of an assault at a private residence in lower Puna. “During the course of their investigation, police determined that the individual, later identified as Ezra Miller, became irate after being asked to leave and reportedly threw a chair, striking a 26-year-old female on the forehead, resulting in an approximate half-inch cut,” the statement read.

“The female victim refused treatment for her injury,” it continued. Following the call, Miller was located on a roadway as part of a traffic stop and arrested at around 1:30 am. The celebrity has since been released but the incident remains an active investigation.

Miller’s spiral playing out in front of the world, while inexcusable, should be attempted to be understood. For a lack of better words, we must ask ourselves why? What is happening for the actor to be continuing down this road? And should we, as the media, do a better job of empathetically investigating the root of celebrity manic episodes instead of continuously relishing the spectacle?