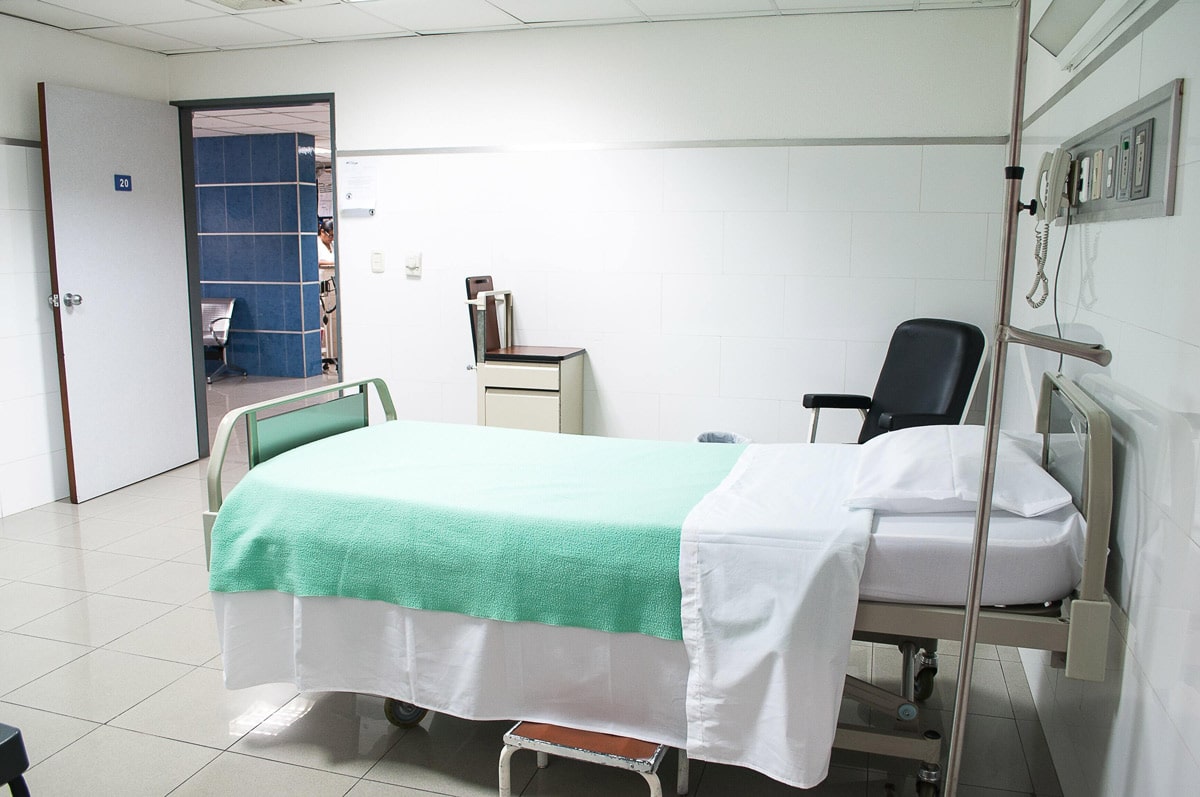 Women in US immigration detention centres are being given forced hysterectomies

A whistleblower complaint by Dawn Wooten, a nurse working at a privately run Immigration and Customs Enforcement (ICE) detention facility in Ocilla, Georgia, revealed that several immigrant women were subjected to hysterectomies and other invasive gynaecology procedures—many of which weren’t medically necessary—without their full understanding and consent. This is the latest in a long list of testimonies shedding light on the horrid, inhumane treatment accorded to inmates at immigration facilities across the US.

Wooten stated that several women held at the Irwin County Detention Center, run by the for-profit company LaSalle Corrections, had complained to her about their experiences with a gynaecologist named Dr Mahendra Amin who works at a practice in the vicinity of Irwin and receives detained patients. Dr Amin, dubbed ‘the uterus collector’ by many female inmates, has been officially associated by ICE and the Irwin County hospital with two full hysterectomies performed on detainees over the past three years.

But a New York Times investigation into the matter reveals numerous accounts of women who have been pressured to undergo invasive sterilising procedures by Dr Amin, without fully understanding what they were consenting to, and, in some cases, without experiencing symptoms that would justify such procedures.

“After they get up from general anaesthesia,” Wooten told The Times, the inmates would ask, “why’d I have this surgery? […] And I don’t have an answer for why […] I am just as shocked as they are. Nobody explained it to them.”

One of the women who complained to Wooten was Wendy Dowe, a 48-year-old immigrant from Jamaica, who was told by Dr Amin that the menstrual cramping she had experienced resulted from large cysts and a mass the size of a “cantaloupe” that needed to be removed. Dowe was reluctant to undergo the procedure but finally succumbed to Dr Amin’s pressure.

Following the procedure, Dr Amin noted that. Dowe requested an additional surgery of full abdominal hysterectomy and removal of the ovaries. Dowe, as had been corroborated by The Times, requested no such thing. Upon her deportation to Jamaica, she consulted several doctors, all of whom concluded, based on her imaging done in Irwin, that her uterus was a healthy size, that no large masses were present, and that whatever cysts she did have were naturally occurring and did not warrant surgery.

Another woman who came forward, a Mexican immigrant named Yuridia, reportedly sought medical attention due to pain in her ribcage that resulted from a fight with her ex-partner prior to her arrest. “I was assuming they were going to check my rib,” Yuridia told The Times, commenting on her visit to Dr Amin’s office, “the next thing I know, he’s doing a vaginal exam.” In his notes, Dr Amin stated that Yuridia had heavy menstruation and pelvic pain and that she had cysts in her ovaries, which he scheduled to remove. Yuridia told The Times that she never complained of such symptoms, and subsequent reports indicated that she had no dangerous cysts in her ovaries.

Yuridia, who expected a minor vaginal procedure, told The Times that she was startled to wake up from the surgery and discover that three incisions were made on her abdomen and that a piece of skin was missing from her genital area. “I woke up and I was alone, and I was in pain and everyone spoke English so I could not ask any questions,” she said.

The Times had contacted several medical experts who unanimously confirmed that, based on the evidence examined, the procedures conducted and recommended by Dr Amin was unnecessarily invasive. Dr Sara Imershin, a clinical professor at George Washington University and the D.C. chair of the American College of Obstetricians and Gynecologists, told The Times that both the diagnosis and procedures carried out by Dr Amin were “poorly supported” and “not well documented.” She added that even patients who did experience the symptoms recorded by Dr Amin could have been prescribed far less invasive treatments that did not involve surgical intervention—“Advil for one.”

Dr Amin has a long history of complaints lodged against him. Back in 2013, he faced a civil case for his alleged collusion with several other doctors in overbilling Medicaid and Medicare by prescribing unnecessary procedures and billing for work done by nurses as if it had been performed by doctors. He settled the case in 2015 for $520,000 without admitting to any wrongdoing.

Wooten’s whistleblower complaint describes injustices reaching beyond Dr Amin and his ties to ICE, and attests to the overall abysmal conditions at the Irwin Detention Center—filthy facilities, inadequate medical care, and cockroach-infested food. Wooten further states that LaSalle refused to test inmates for COVID-19, under-reported cases, and failed to take adequate protective measures against the spread of the virus. “We didn’t have proper PPE. It was like a cover-up. As time progressed, more [COVID-19] cases systemically appeared,” Wooten told Democracy Now!. Commenting on the instructions she received from her superiors, she stated: “It was unbelievable—‘We didn’t have it. Don’t you talk about it. Don’t you discuss it’.”

An inquiry conducted by Congress and the Department of Homeland Security into the allegations made against Dr Amin by women held in Irwin and ICE’s mishandling of recurring complaints associated with him remains underway. In the meantime, thousands of women, men, and children continue to languish at immigration detention facilities across the country under subhuman conditions—vulnerable to disease and mental, physical, and sexual abuse. 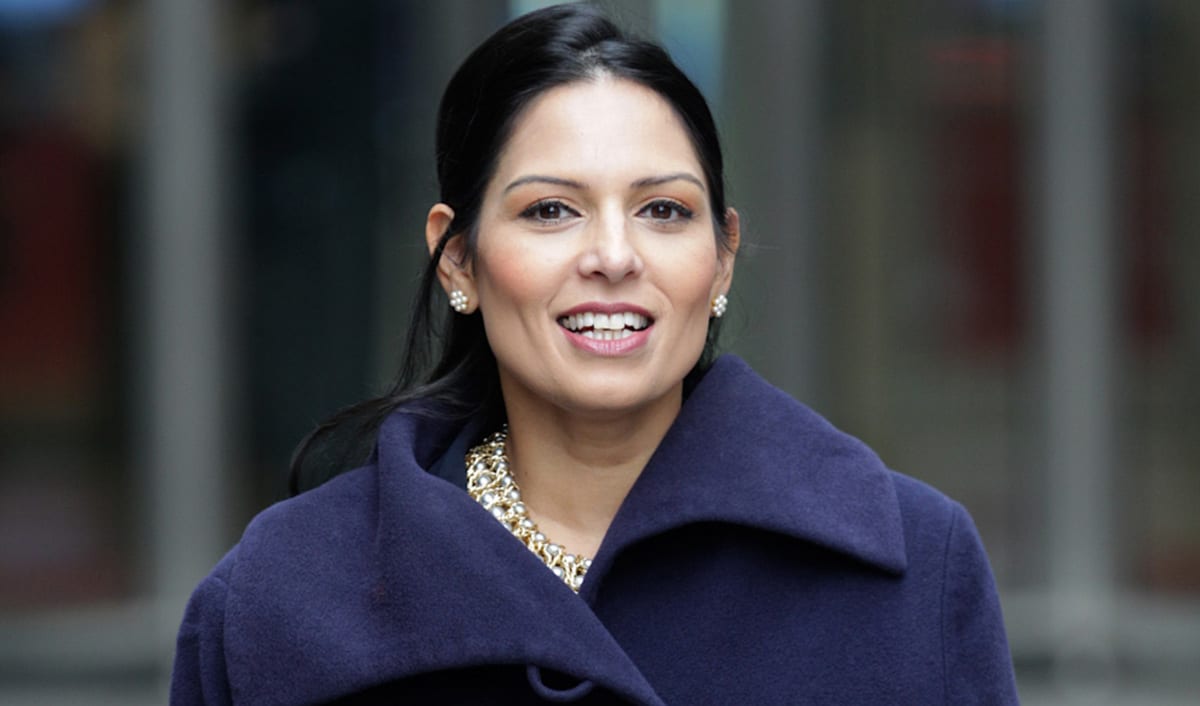 In a surprising move by Ben & Jerry’s, the ice cream giant took to Twitter yesterday, August 11, to publish a series of tweets directed at UK Home Secretary Priti Patel and her inhumane treatment and discourse around immigration. The company began the thread by directly speaking to Patel, tweeting “Hey @PritiPatel we think the real crisis is our lack of humanity for people fleeing war, climate change and torture. We pulled together a thread for you.”

The Twitter thread came after Priti has been called out after it was reported that on Saturday, August 8, the Home Office had asked the defence chiefs to aid them in making the crossing routes into the UK via small and often inflatable boats “unviable.”

How did the Home Office respond to Ben & Jerry’s tweets?

Following the viral tweet by the ice cream firm, the Home Office source responded in defence of the Home Secretary, saying that: “Priti is working day and night to bring an end to these small boat crossings, which are facilitated by international criminal gangs and are rightly of serious concern to the British people. If that means upsetting the social media team for a brand of overpriced junk food, then so be it.”

Shortly after, jumping on the defence team of Patel, Foreign Office minister James Cleverly tweeted, “Can I have a large scoop of statistically inaccurate virtue signalling with my grossly overpriced ice cream, please?”

Over the past few days, attention to the dangerous illegal boat crossings into the UK has gained attention across social media following an inhumane and rightly voyeuristic reporting by both BBC and Sky reporters as they were filmed on a boat, filming and reporting on an inflatable boat filled with migrants headed toward the UK coastline.

Criticism of the journalists and their journalistic ethos has been heavy, citing that instead of filming these individuals they should have helped them onto their safer boats and out of dangerous waters. In response, Labour MP Zarah Sultana said, “We should ensure people don’t drown crossing the Channel, not film them as if it were some grotesque reality TV show.”  While Stephen Farry, the deputy leader of Northern Ireland’s Alliance party, said it was not ethical journalism. “It is voyeurism and capitalising on misery. Media should be seeking to hold [the Home Office] to account, and the dark forces fuelling this anti-people agenda.”