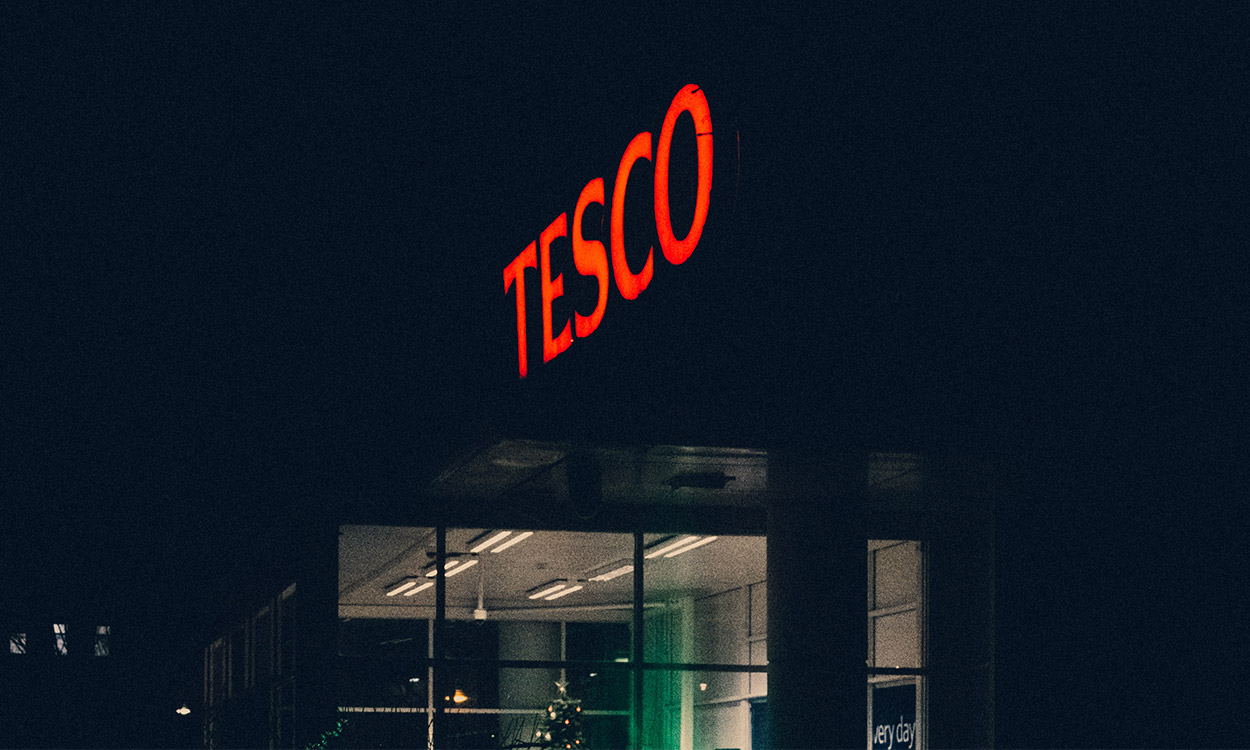 Another one bites the dust. In what feels like a never-ending conveyor belt, British multinational groceries and general merchandise retailer Tesco has now joined an inexhaustible list of companies who’ve been exposed for their mistreatment of workers.

A recent report has revealed that over the course of three years, Burmese workers who produced F&F jeans for the supermarket giant in Thailand had been trapped in effective forced labour. This new evidence should ensure Tesco’s fast track inclusion into an emerging club of fashion swindlers—we’re talking about the likes of SHEIN, H&M and Primark.

The recent report, published by The Guardian, examined the treatment and conditions of workers producing garments for the Tesco Thailand brand from 2017 to 2020. Specifically, the labourers in question were making jeans, denim jackets and other clothing for the supermarket’s fashion range, F&F. The particular garment factory under observation was the VK Garment Factory (VKG) in Thailand.

After interviewing 21 employees, the investigation uncovered that most workers were being paid as little as £3 a day to work from 8 am to 11 pm. Often, employees would be forced to work through the night for up to 24 hours. Some individuals also reported that they’d be repeatedly verbally abused and threatened.

Moreover, The Guardian’s report emphasised the ways in which companies use workers’ immigration status as a form of manipulation and blackmailing. For example, it was revealed that a majority of the factory’s employees relied on VKG for their status and their immigration documents were almost always held within the factory building. In addition, more than a dozen of the people interviewed said the factory opened bank accounts for them and then confiscated the cards and passwords so they could make it appear they were paid minimum wage while paying much less in cash.

Workplace abuse often festers in environments where the majority of employees are immigrants. According to Forbes, more often than not employers will take advantage of undocumented workers’ precarious status, subjecting them to illegal workplace conduct such as discrimination or retaliation.

The lack of protection for immigrant workers is a global issue, and it appears that the fashion industry may be one of the most insidious offenders. Fast fashion brand SHEIN has repeatedly tried to defend itself against a slew of horrifying truths regarding its ethical and environmental impacts. Most recently, Channel 4 released a vilifying documentary aptly titled Untold: Inside the Shein Machine, wherein a spotlight was placed upon the Chinese company’s unacceptable working conditions and labour practices.

However, in a horrifying update, SHEIN was also recently revealed to be the most popular global fashion brand of 2022. Will someone please explain to me how this is possible? Despite having repeatedly condemned the fast fashion industry for its negligence—both in respect to its workers rights and its impact on driving overconsumption—the machine is showing no signs of coming to a halt.

Some have queried if the brand’s continued popularity might speak to the ramifications of the current cost of living crisis. It can’t be denied that SHEIN’s prices are incredibly low. However, there’s a seedy reason why.

Circling back to the Tesco ordeal, the supermarket conglomerate will now face a landmark lawsuit in the UK from 130 former workers who are suing the company for alleged negligence and unjust enrichment. In response, Tesco has alleged that the garments were sold only on the Thai market, though it’s been reported that there have been sightings of images with labels written in English on clothes understood to be made there.

While Tesco has stated that its primary focus has always been to protect the rights of those working within the supply chain, a number of experts within the report claimed that the company would have been aware of any red flags after conducting inspections. According to The Guardian’s investigation, this will be the first time a UK company has been threatened with litigation in the English courts over a foreign garment factory in its supply chain that it does not directly own.

It’s also a widely circulated sinister rule of thumb that big fashion brands such as F&F outsource the production of clothes so as to avoid liability and reputational damage. However, in this case, Tesco hopefully won’t be able to dodge accountability so easily.

This is also not the first time that Tesco has faced murky waters in regard to employee pay disputes. In 2021, thousands of current and former employees—primarily women—won a legal battle against the supermarket, having argued that they failed to receive equal pay for work of equal value with colleagues in its distribution centres who are mostly men. The European Court of Justice ruled in favour of the workers.

While it would be naive to expect the fashion industry to turn ethical overnight, this recent lawsuit is an important continuation of a fight to expose and hold to account the companies which consider themselves above the law. And maybe next time you’re fancying a muffin or packet of Wotsits, head elsewhere. 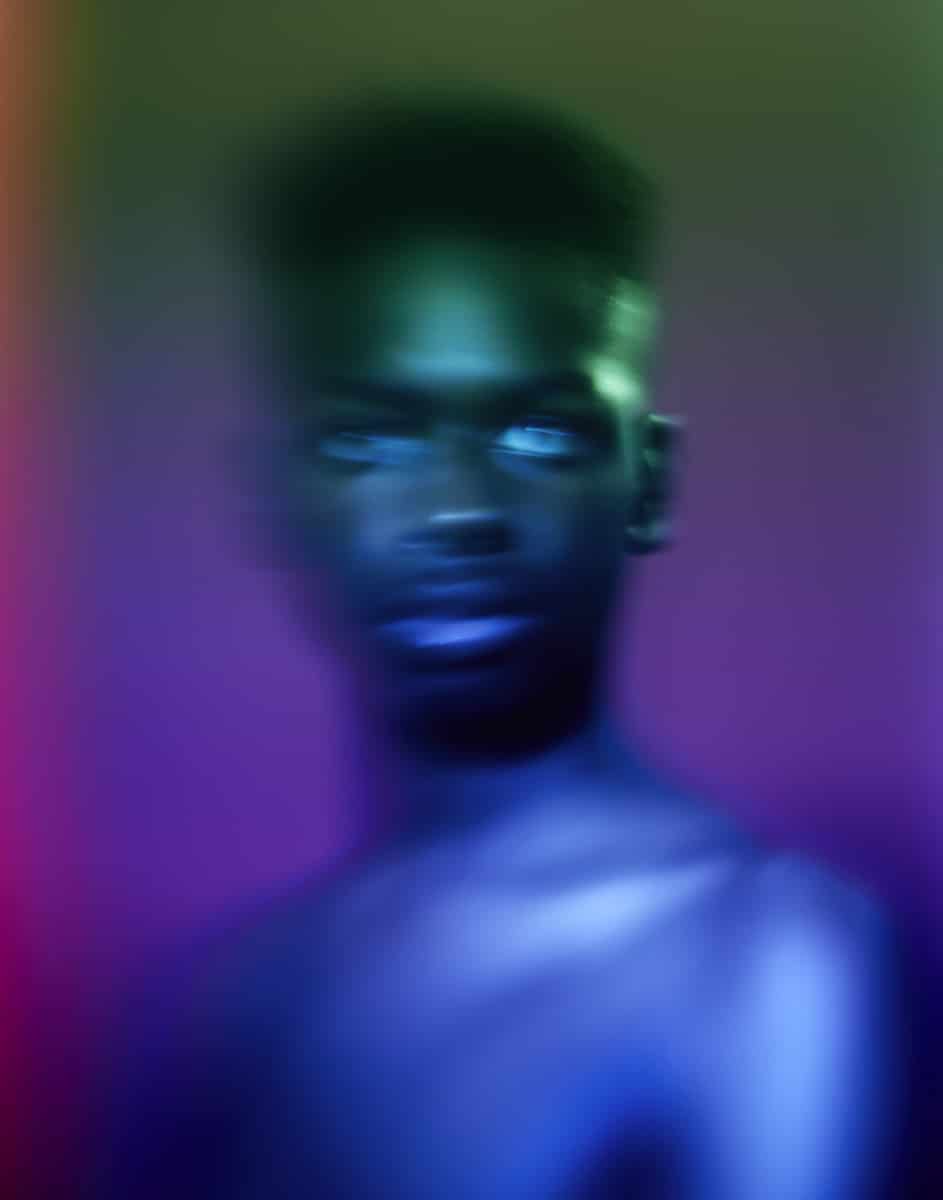 Digitalisation is the future of fashion and it is fast

Digitalisation is the future of fashion and it is fast

Social media is an extremely influential part of our everyday lives. From Instagram to Snapchat and more, today’s fashion retailers are using these online spheres to encourage ‘fast fashion’: the quickest possible turnaround from design to manufacturer to consumer. And that’s really detrimental to our waste issue, isn’t it? Actually, not necessarily. Digitalising fashion is probably a crucial step to the survival of the sector, particularly in Britain.

The British high street is in peril; more shops are closing and many brands have gone into liquidation. This is due to several reasons, one being consumer spending has decreased and another is the rise of digital giants—like Amazon—who have entirely dominated the market. This trend aligns with the fashion industry too. Founded in 2006, online fashion retailer Boohoo claimed in their 2018 financial report to have 6.4 million users, up 22 percent from the previous year. The entire company had a pre-tax profit of £43.3 million for the year leading to February, which represented a 40 percent increase on 2017 figures, with revenue hitting £580 million, almost double last year’s £295 million.

The British high street is in peril; more shops are closing and many brands have gone into liquidation. This is due to several reasons, one being consumer spending has decreased and another is the rise of digital giants—like Amazon—who have entirely dominated the market. This trend aligns with the fashion industry too. Founded in 2006, online fashion retailer Boohoo claimed in their 2018 financial report to have 6.4 million users, up 22 percent from the previous year. The entire company had a pre-tax profit of £43.3 million for the year leading to February, which represented a 40 percent increase on 2017 figures, with revenue hitting £580 million, almost double last year’s £295 million.

The increased speed of fashion because of a digitalised process has enabled companies like Boohoo to reap massive benefits as proven in their financial report. Hundreds of styles are uploaded every day to the website, with likely just as many discontinued and sent to the sales page. The company reportedly sources 50 percent of its production from U.K. factories—a very high proportion, as for example ASOS produce around 3 percent of products in the U.K.—and distribute these garments from a central warehouse in Burnley. This is impressive as less than half a century ago, the clothing manufacturing industry in the U.K. employed 900,000 people, by 1999 this was down to 130,000 and now it is less than half. Companies like Boohoo are bringing textile manufacture back to the U.K. in a more innovative way.

Fast fashion also doesn’t have to mean cheap, however with examples like ASOS and Boohoo, the two seem to work in tandem. Fast fashion needs to be locally produced in order to make the production ethical, reduce air miles and at face value, be the fastest method. The process cannot be completed so quickly halfway across the globe; it is just not viable.

Despite the rise of fast fashion, this is an industry that produces waste, a lot of it, and consumers are more aware of this than ever. According to EDGE, a company that connects and supports emerging designers, about 15 percent of fabric intended for clothing ends up on the cutting room floor and it takes more than 5,000 gallons of water to manufacture just one t-shirt and a pair of jeans. Surely though, creating products via fast fashion would only act as an antidote to the above? Retailers do not have to order products in large amounts, they can instead order smaller numbers, see how they are received and then purchase more. This is a more ethical approach to a potential overproduction problem. Yet, this doesn’t counter the idea that consumers could be ordering more clothing, therefore likely throwing them away more regularly.

Fast fashion that it ethically sourced and produced could be the U.K.’s chance to revive the textiles sector, which has been in decline for decades. There are many constraints however on implementing an ethical version of fast fashion and it is not what consumers might initially think. Fast fashion is reacting to trends, increasing production line speed, and not overproducing. ‘Fast’ could certainly be the future of fashion, as it offers huge opportunities like garments to be locally produced rather than being created and shipped from offshore sites. Utilising the internet, social media and collecting data enables a digitalisation of the fashion industry, which will only continue to grow as the high street fades and online giants soar.